November 4, 1984: The day John McEnroe threw a tantrum in Stockholm

Every day, Tennis Majors takes you back to one of the most iconic moments in tennis history. On November 4, 1984, John McEnroe threw one of his most spectacular tantrums in Stockholm 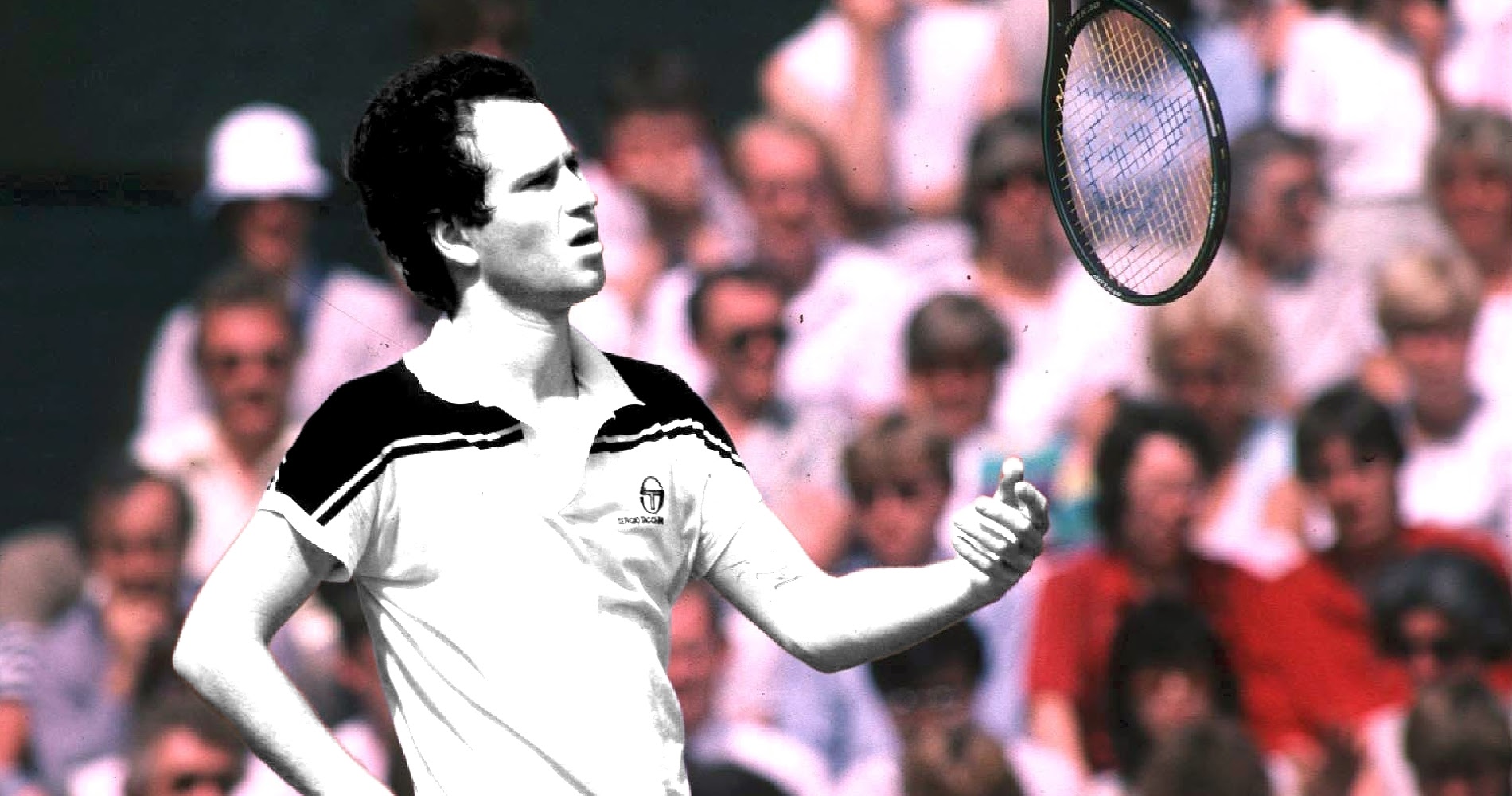 On this day, November 4, 1984, John McEnroe threw one of his most famous tantrums at the Stockholm Open. The American, at the peak of his career, was facing Anders Jarryd in the semi-finals when he went crazy after a few disagreements with the umpire. He eventually lost his temper, calling the official a jerk, his behaviour earning him a 21-day ban from the Tour. Nonetheless, McEnroe won the match (1-6, 7-6, 6-2), as well as the tournament the following next day.

John McEnroe, born in 1959, was the world No 1. The lefty from New York had been amazing the tennis world since his first steps on the tour, in 1977, when at the age of 17, showing up at Wimbledon as an amateur, he made his way from qualifying to reach the semi-finals. “Mac” was hugely talented, his game based on precision and touch on top of an iconic and lethal serve. He was also known for his shocking on-court behaviour in the well-mannered world of tennis. He was sometimes vulgar and his constant quarrelling with the officials did not go unnoticed. In 1979, he became the youngest ever US Open champion, defeating Vitas Gerulaitis (7-5, 6-3, 6-3). That year, he also made a sensation by edging out Bjorn Borg (7-5, 4-6, 6-2, 7-6) to win the WTC Finals. In November 1984, he had already claimed seven Grand Slam titles, including four US Open and three Wimbledon crowns. His most famous match was the 1980 Wimbledon final, where he lost in five sets against Borg, after winning an outstanding tiebreak in the fourth set (18-16). No 1 in the world in 1984, he was at the end of his greatest year on the tour; after a heartbreaking loss in the French Open final (losing to Ivan Lendl despite a two-set lead, (3-6, 2-6, 6-4, 7-5, 7-5), he triumphed at both Wimbledon and the US Open, and had lost only one match since Roland-Garros (against Vijay Amritraj, in the Cincinnati first round). 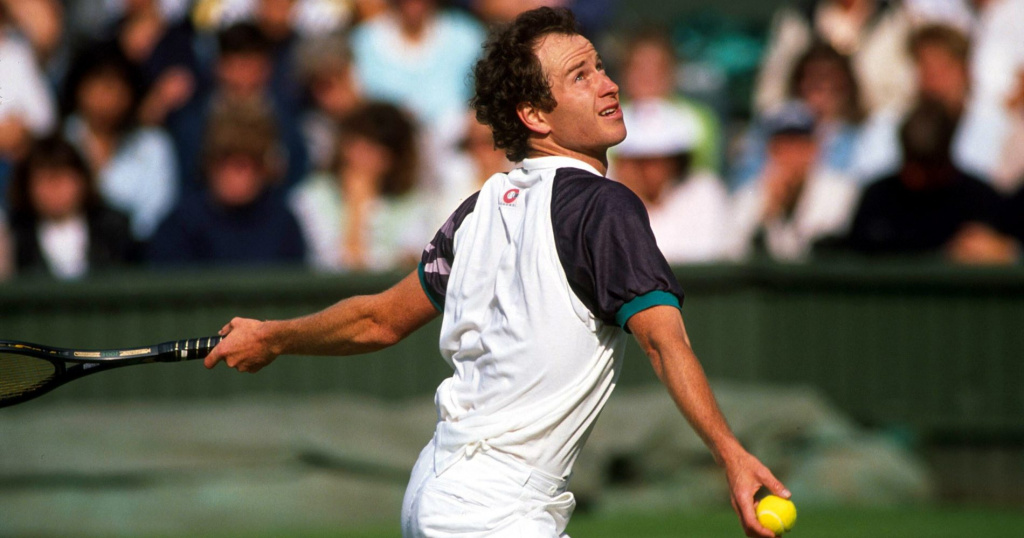 The Stockholm Open was founded in 1969. It was held at the Kungliga Tennishallen. Played every year on indoor hard courts, it was a prestigious event, won by tennis legends such as Arthur Ashe (1971, 1974) or Bjorn Borg (1980). McEnroe had triumphed there twice already, in 1978 and 1979. 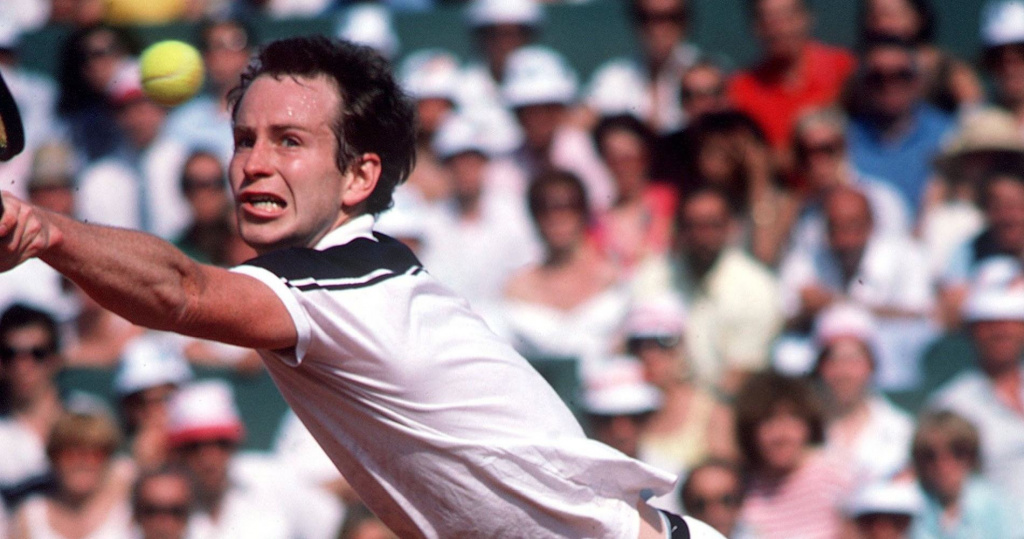 In 1984, John Mcenroe was almost unbeatable. Since the start of the year, he had claimed 12 titles, including Wimbledon and the US Open, and had only lost two matches, including the famous Roland-Garros final against Ivan Lendl. When he entered the court to play against Anders Jarryd in the Stocholm semi-finals, he was on a 17-match win streak.
Nevertheless, Jarryd believed in his chances and took an early lead. Despite his many successes in the past months, McEnroe’s temper had not improved, and as early as the second game, he was awarded a warning after he angrily fired a ball at a spectator. While McEnroe let frustration take the best of him, the Swede, who was at his career’s peak form as well, took the first set, 6-1. In the second set, the world No 1 took the lead, 4-2, but things were about to become ugly. Disagreeing with a line call, McEnroe came to the umpire, whom he expected to overrule the call. “No mistakes so far in this match? You haven’t overruled anything. No mistakes, whatosever?”
As the umpire, Leif Ake Nilsson, seemed to ignore his question and announced “Second serve, please”, the lefty got really mad. “Answer my question!”, he yelled at the official. “The question, jerk!” After losing his serve, McEnroe came to his chair and smashed in anger all the cups and ice bottles next to his chair.
“I was a bit in shock, but I didn’t do anything,” said Jarryd, years later, according to The New York Times. “Mac was a big star. I couldn’t very well go up to the umpire and ask him to disqualify John.”
Meanwhile, McEnroe went to see the umpire again. According to his hand gestures, he probably thought he was going to be defaulted, but he “only” awarded a penalty game, leveling the set at 4-4. “May I have this person taken out of the chair?” asked the world No 1.
Despite this burst of anger, McEnroe would eventually win the match, 1-6, 7-6, 6-2.
“It’s difficult to play someone who behaves like McEnroe.”, Jarryd told the press after the match, while McEnroe explained his behaviour was down to mental fatigue.

The following day, McEnroe would go on to win the tournament, defeating another Swede, Mats Wilander, in the final (6-2, 3-6, 6-2). He would be awarded a heavy fine and a 21-day ban from ATP events, which would still allow him to play the Davis Cup finals (where the United States would be defeated by…Sweden), and to win the Masters Cup, held in early January 1985.
Twenty-five years later, Nilsson, the umpire, would admit that he still didn’t have the answer to McEnroe’s question. “He wanted an answer to his question, but I couldn’t find any answers. If I could have found an answer to his question, I should have done it, but even today I don’t know what to answer. (…) I just didn’t know what to say. That’s why I said, ‘Second serve, please.’ ”
McEnroe would later call his Stockholm tantrum “his most embarrassing memory”, but, when asked if he remembered the umpire, his response would speak for itself: “I don’t remember any particular chair umpire; they were all equally bad.”
After 1984, McEnroe would never win a Grand Slam title again. In 1986, mentally worn out, he would even take a break from the tour to marry Tatum O’Neal. He would be back but “Mac” would never obtain the same remarkable results and would not reach any more Grand Slam finals. His last remarkable result before he retired from professional tennis would be reaching the 1992 Wimbledon semi-finals (lost to Andre Agassi, 6-4 6-2 6-3). In total, McEnroe would hold seven Grand Slam titles and would spend 170 weeks as world No 1.
Anders Jarryd would reach his highest ranking as world No 5 in 1985, but in doubles, he would become world No 1 and achieve the career Grand Slam. He would also be a part of the Swedish team which won the Davis Cup in 1984 and 1987.