Every day, Tennis Majors takes you back in time to relive a tennis event which happened on this specific day. On this day, August 19, 2007 Roger Federer marked a key milestone during his days of dominance. 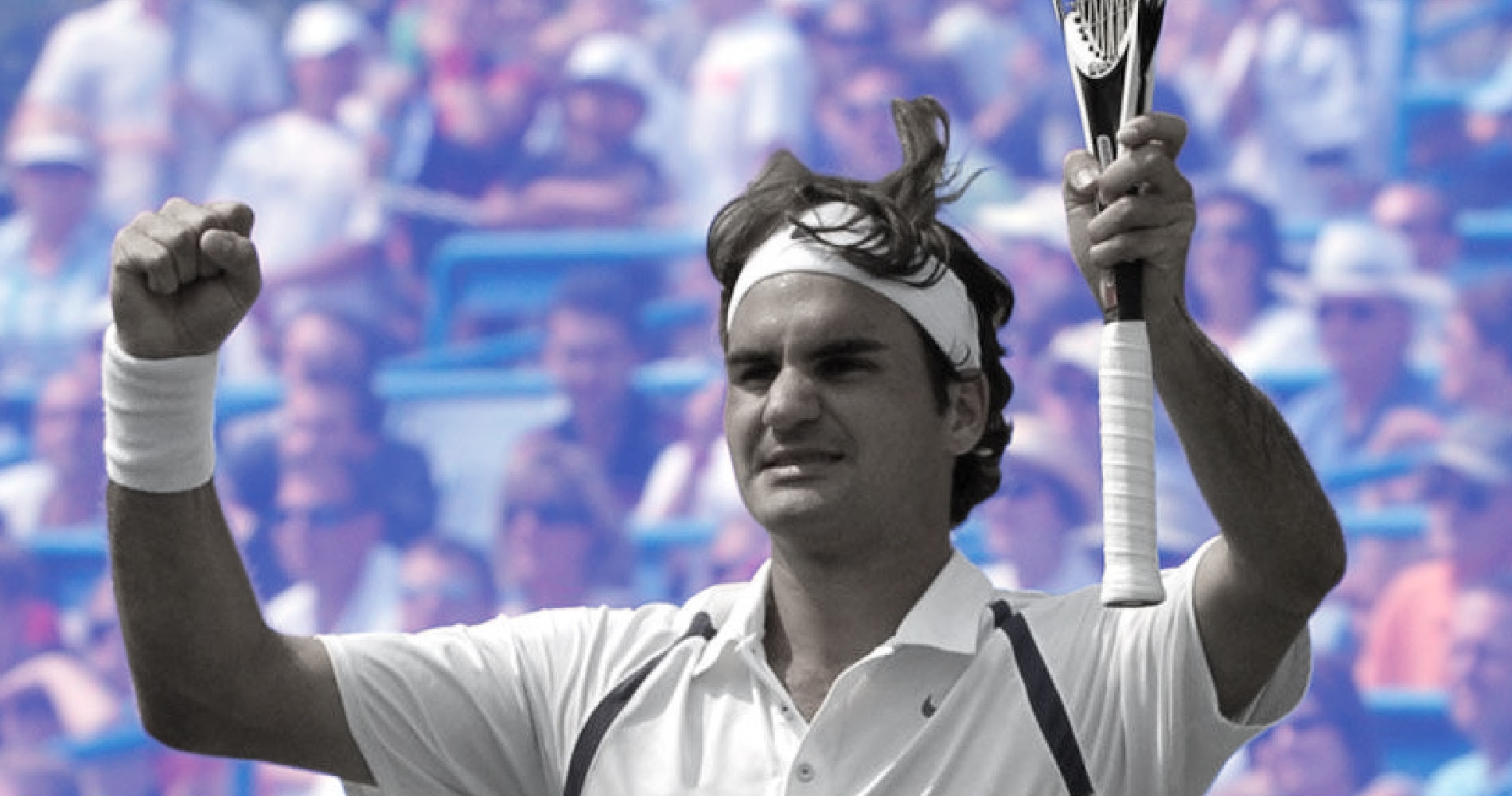 On this day, August 19, 2007, Roger Federer, by beating James Blake (6-1, 6-4) in the final of the Cincinnati Masters, claimed his 50th title on the tour and at age 26 became only the ninth overall player in the Open Era to win at least 50 titles. It was Federer’s 5th title of the year and the 39th trophy clinched by the Swiss since he had become world No 1, three and half years prior. In that period, the Swiss had accumulated no less than 10 Grand Slam crowns. These jaw-dropping numbers demonstrated how strong Federer’s hold on the tour was in those peak years.

He had started 2007 by winning the Australian Open without dropping a set, beating Fernando Gonzales for the title (7-6, 6-4, 6-4). He then had a peculiar Indian Wells/Miami run where he lost twice against the same player, Guillermo Canas from Argentina, who was coming back on the tour after being suspended for using a banned substance. 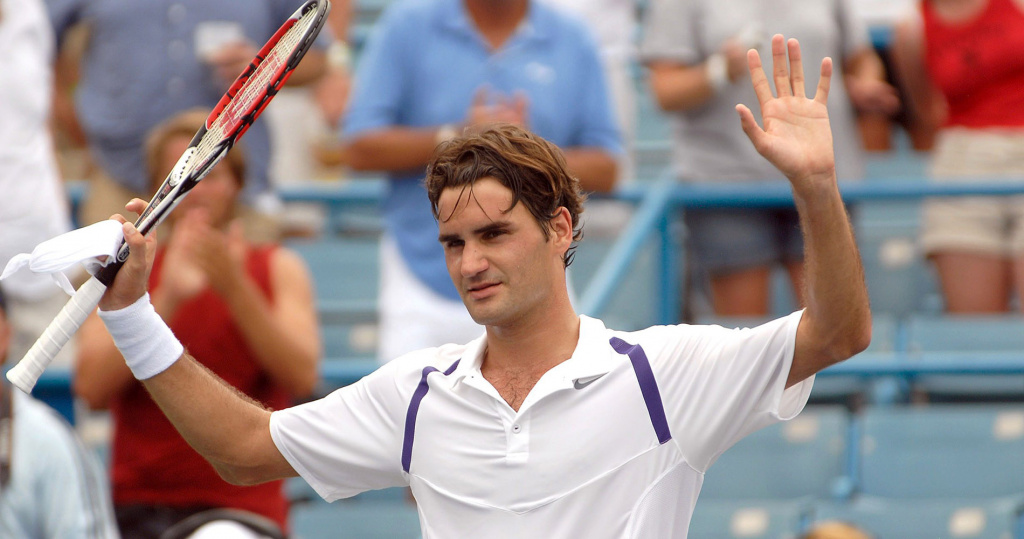 James Blake was born in 1979. After playing two years collegiately for Harvard, he decided to start a professional career in 1999. Blake played a very aggressive game, forged from flat groundstrokes and an explosive forehand.  In 2002, after reaching his first professional finals in Memphis (lost to Andy Roddick, 6-4, 3-6,, 7-5) and in Newport (lost to Taylor Dent, 6-1, 4-6, 6-4), Blake claimed his first ATP title in Washington, where he edged Paradorn Srichapan in the final (1-6, 7-6, 6-4). In 2003, Blake established himself as a solid top 30 player, but he went through a hard year in 2004, fracturing a vertebra in Rome, before facing the death of his father in July and developing shingles, which temporarily paralyzed half his face and blurred his vision. As a consequence, his ranking dropped as low as world No 210 in April 2005.

A few months later, entering the US Open draw thanks to a wild card, James Blake reached the quarterfinals, where he was defeated by Andre Agassi after an epic five-set thriller (3-6, 3-6, 6-3, 6-3, 7-6).

The Lindner Family Tennis Center, in Cincinnati, Ohio, had been holding a prestigious men’s event continuously since 1899. In 1981, the tournament became a part of the prestigious Grand Prix and many great players came to prepare for the US Open. Back then, the Cincinnati Open was won by champions such as John McEnroe (1981), Ivan Lendl (1982), Mats Wilander (1983, 1984, 1986, 1988).

In August 2007, Roger Federer was the unchallenged world No 1. Since reaching the top of the ATP rankings in February 2004 he had dominated the tour as no one before. In three and a half years, he had claimed 39 titles, including 10 Grand Slams, 2 Masters Cups and 12 Masters 1000s. Even on clay, where his game was said to be not as lethal, only Rafael Nadal had prevented him from triumphing at Roland-Garros multiple times. In August 2007, Roger Federer had just conquered his 5th consecutive crown at Wimbledon, equalling Bjorn Borg’s record, but in Montreal, he was edged in the final by a rising Serbian star by the name of Novak Djokovic (7-6, 2-6, 7-6). In Cincinnati, after overcoming a scare from Lleyton Hewitt in the semi-final (6-3, 6-7, 7-6), Federer was facing James Blake in the final, aiming for title No 50.

Although he had never beaten the Swiss in six previous encounters Blake believed in his chances after he defeated Nikolay Davydenko in the semi-final (6-4, 6-2):

“Roger has clearly been the best player in the world for the last few years, but when I get into a final I know I’m playing great tennis, so I have a chance.” 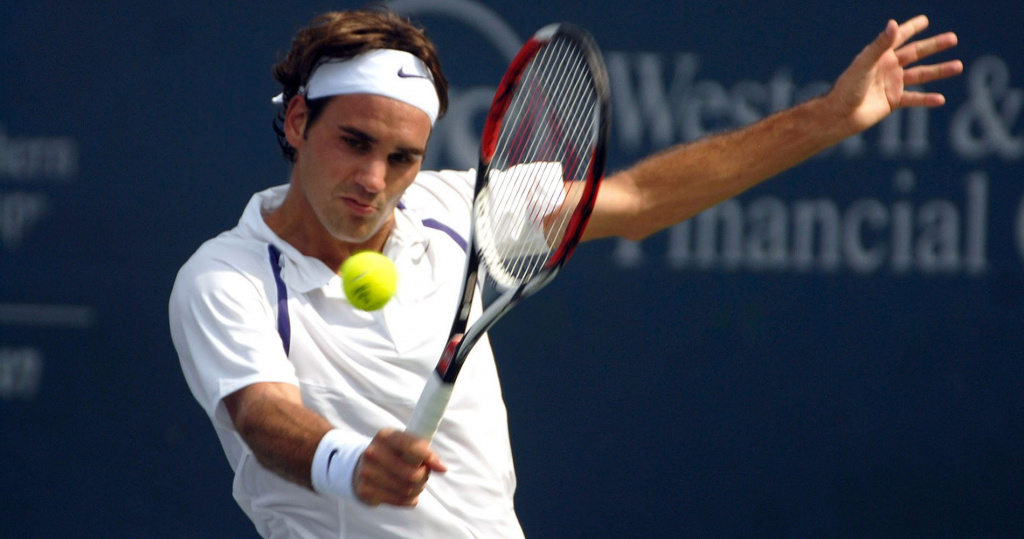 Federer started the match with two aces, and as early as the second game he broke both Blake’s serve and confidence. Although Blake obtained three break points at 3-1, Federer remained solid and sealed the first set, 6-1. The American did not have another opportunity to take the Swiss’ serve until the end of the second set, when he was already down a break, at 4-3. Federer saved those break points and two games later he served the last of his nine aces on championship point to seal the victory, 6-1, 6-4, and lift the 50th trophy of his career.

“It’s not a goal I set for myself in my career, but it’s definitely a nice number to get to, especially in terms of titles,” Federer said, according to espn.com. “It’s really a lot, you know, so it’s great.”

The world No 1 later confessed keeping his trophies in a special room, “It’s grown to about office size,” he said. “They’re kept behind glass, so you don’t have to dust them off all the time.”

James Blake would eventually beat Roger Federer, though only once in eleven encounters. In the quarterfinals of the Olympic event in Beijing, in 2008, the American would prevail (6-4, 7-6).

Shortly after the Cincinnati final, Roger Federer would add a 12th Grand Slam trophy to his collection, by triumphing at the US Open after he beat Novak Djokovic in the final (7-6, 7-6, 6-4). In total, the Swiss would claim 8 titles in 2007. Thirteen years later, in 2020, Roger Federer would hold an amazing 103 titles on the tour, including 20 Grand Slams, 6 Masters Cups and 28 Masters 1000.