Every day, Tennis Majors takes you back in time to relive a tennis event which happened on this specific day. On this day, July 16, 2017, Roger Federer won his eighth Wimbledon title and became the oldest ever men’s champion. 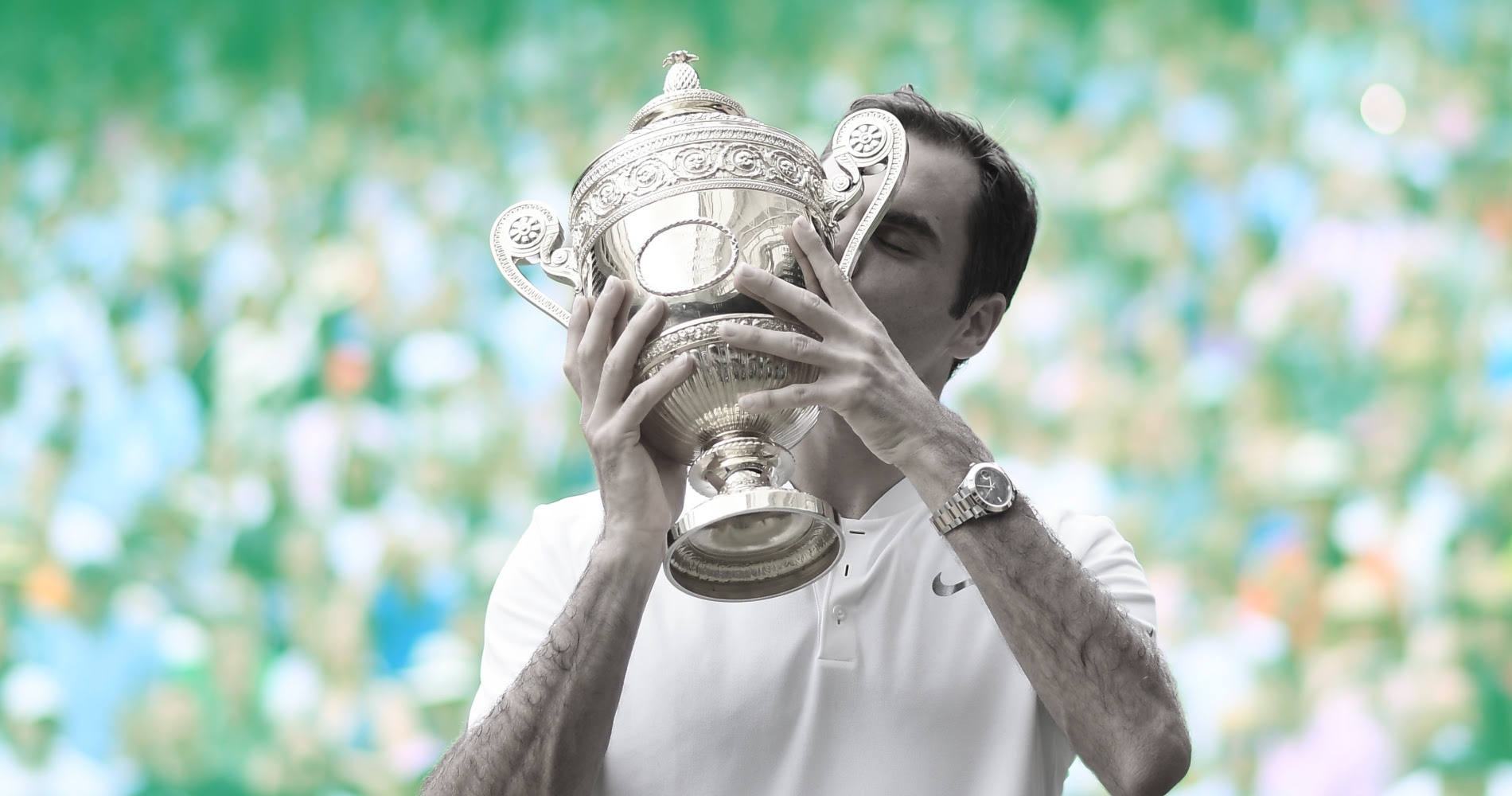 On this day, July 16, 2017, Roger Federer, five years after his last success at the All England Club, crushed Marin Cilic in the final (6-3, 6-1, 6-4) to claim a record eighth Wimbledon crown. The Swiss, who had come back to the top at the beginning of the season by winning the Australian Open, was the oldest player to ever win the Championships, a few weeks short of his 36th birthday. A year after his semi-final loss in London to Milos Raonic, which had ended his 2016 season, Federer was now chasing the world No 1 ranking again.

Roger Federer, the Swiss maestro, born in 1981, was 35 years old in July 2017. He had dominated the game spectacularly in the 2000s, especially between 2004 and 2008, collecting 12 Grand Slam titles before Rafael Nadal challenged him for the world No 1 spot. In 2009, after three lost finals against his Spanish nemesis, he finally triumphed at Roland-Garros, achieving a career Grand Slam that made most of the tennis world consider him to be the greatest player of all time. In 2011, Novak Djokovic became the best player in the world. Federer, who had claimed 16 Grand Slam titles between 2003 and 2010, did not lift a major trophy until Wimbledon 2012. In the next 11 Grand Slams, he had reached the final only once, at Wimbledon 2014, where Djokovic edged him in a five-set battle, and he had been stopped three times in the semi-finals. The Serb then stopped him in the final twice in 2015, at Wimbledon and at the US Open. In 2016, Federer had to put an early end to his season, after losing in the semi-finals at the All England Club.

As Federer had not claimed a Grand Slam in four years, many experts now thought he was not capable to triumph in major events anymore as, aged 34, he was getting on in years. They were wrong: Roger Federer made a spectacular comeback in 2017, winning the Australian Open, edging Rafael Nadal in a dramatic five-setter(6-4, 3-6, 6-1, 3-6, 6-3). Surfing the wave, the Swiss claimed titles in Indian Wells and Miami, beating Nadal two more times. The Maestro then decided to skip the clay court season to focus on Wimbledon, where he stood now as the favourite, a status confirmed by his triumph in Halle without losing a set. 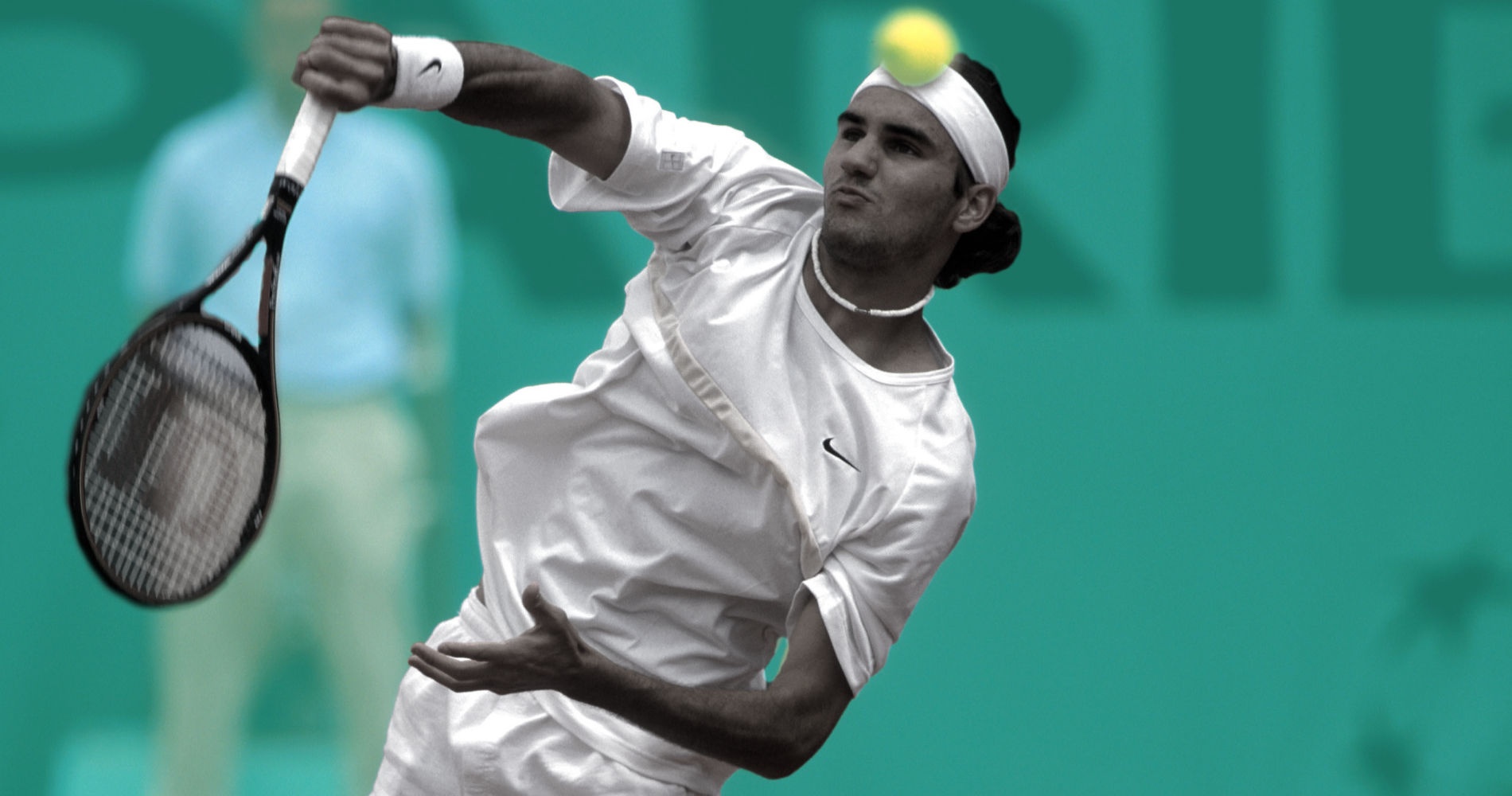 The facts : Federer wins the 19th

In 2017, after his amazing successes at the start of the year, Federer was the favourite at Wimbledon before the tournament started. His status was confirmed by Nadal’s early loss against Gilles Muller, and even more so after Andy Murray and Djokovic were both eliminated in the quarter-finals.

The Swiss made his way into the final without dropping a single set on his way. Things looked almost too easy in the eyes of his fans, but between Federer and his 19th Grand Slam title still stood Cilic. Federer fans bitterly remembered the Croat, who had crushed the Maestro in the 2014 US Open semi-final, when everyone expected Federer to win a tournament where all the other big four members had been already eliminated.

This time, Marin Cilic was not going to ruin Federer’s hopes. Suffering with a foot injury, the Croatia could only challenge a tight Swiss in the first few games but when Federer started loosening up, Cilic could not follow his pace. Federer sealed the first set in 36 minutes, 6-3. At the start of the second set, Cilic called the physio, hiding his face in his towel to conceal his tears. He knew he would not be able to create magic on this day. After an hour of play, Federer led two sets to love, 6-3 6-1.

A desperate Cilic called the physio before the third set started. Although his serve improved, he was never able to challenge Federer on his own serve. The Swiss broke Cilic’s serve a last time at 3-3. A few minutes later, after one hour, 41 minutes of play, Federer became the first man to triumph eight times at Wimbledon, and the fifth player in tennis history to win the Championships without losing a single set.

What happened next? A 20th to come for Federer

Federer and Cilic would face each other in another Grand Slam final in 2018, in Melbourne, and this time, although Federer would still prevail in the end and claim his 20th major title, Cilic would push him to five sets (6-2, 6-7, 6-3, 3-6, 6-1). Two weeks later, on February 19, Federer would reclaim the world No 1 spot, which he had not occupied since November 2012. He would hence become the oldest No 1 in the history of the ATP rankings, aged 36. In 2019, Federer would narrowly miss the opportunity to claim a 21st Grand Slam crown, squandering two match points in the Wimbledon final against Novak Djokovic.