August 26, 1986: The day McEnroe lost in the US Open first round for the first and only time

Every day, Tennis Majors takes you back in time to relive a tennis event which happened on this specific day. On this day, August 26, 1986, John McEnroe lost in the first round of the US Open for the first and only time in his career. 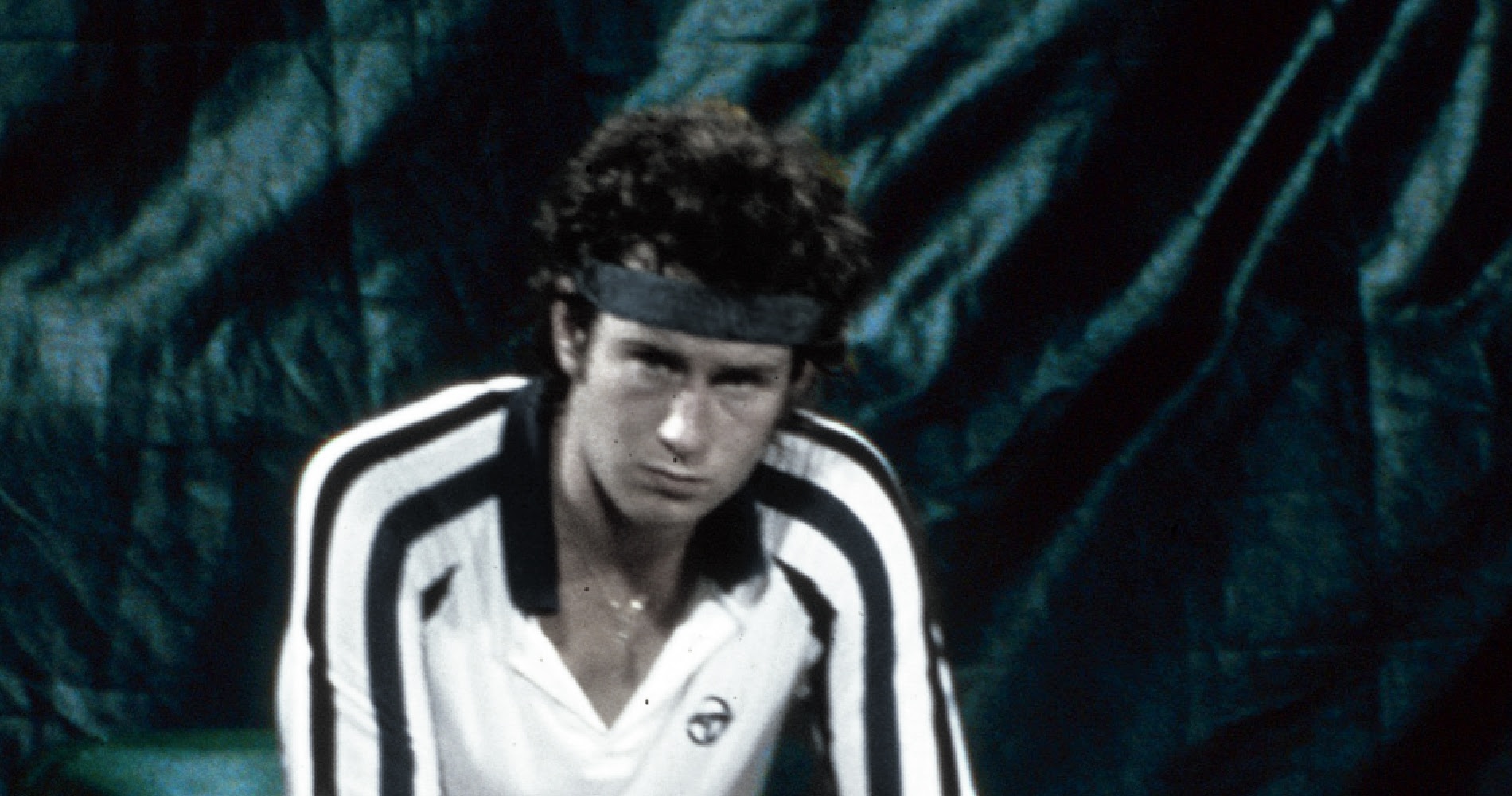 On this day, August 26, 1986, John McEnroe was defeated in the first round of the US Open for the first and only time in his career. The former world No 1 had returned to the game only a month before, after a six-month break, when he lost to fellow American Paul Annacone, rankeed No 20, at Flushing Meadows 1-6, 6-1, 6-3, 6-3. In the following press conference, shattered by this unexpected loss, McEnroe would question his motivation regarding the pursuit of his career.

In 1986, mentally worn out, he even took a break from the tour to marry Tatum O’Neill. He came back to the game in early August, still ranked No 7, at the Stratton Mountain Open, where he seemed to be in a great shape, reaching the semi-finals, only to be edged out by Boris Becker, world No 3 (3-6, 7-5, 7-6), but the following week, he suffered a surprising loss in Toronto to Robert Seguso, ranked No 35 (4-6, 6-3, 7-5). “Mac” was very talented, his game based on precision and touch on top of an iconic and lethal serve. He was also known for his shocking on-court behaviour in the well-mannered world of tennis. He was sometimes vulgar and his constant quarreling with the officials did not go unnoticed in a gentlemen’s sport. 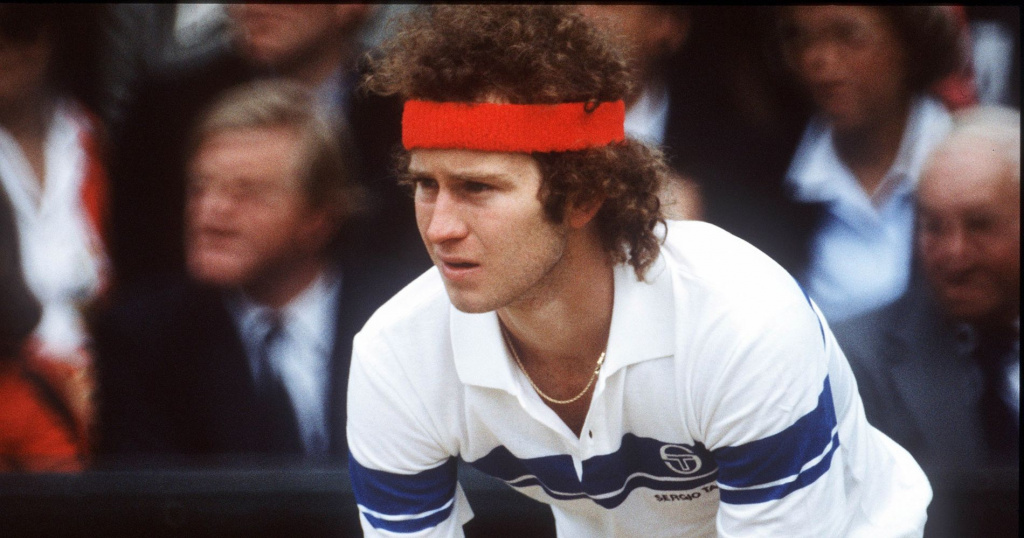 The US Open (known as the US Nationals before 1968 and the start of the Open Era), was established in 1881, and, although it is the only Grand Slam to have been played every single year without an interruption since its beginning, it moved several times locations throughout the 20th century. First held in August 1881 on grass courts at the Newport Casino, on Rhode Island, the tournament moved to New-York in 1915, where it was held at the West Side Tennis Club, at Forest Hills until 1977 (with the exception of years 1921-1923, when the event was moved to Philadelphia). In the years 1975 to 1977, the event was played on clay. In 1978, the US Open left the West Side Tennis Club, which was now too small for such an important event, for the USTA National Tennis Center, located in Flushing Meadows, New York. At the same time, it was decided to change the surface to hard courts. The Tennis Center was one of the biggest tennis complexes in the world: its center court was the Louis Armstrong Stadium, which had a capacity of 14,000 spectators.

In August 1986, John McEnroe was coming back on the Tour after staying away during the first half of the year. Disgusted by tennis after his loss against Brad Gilbert at the Masters Cup (5-7, 6-4, 6-1), the four-time US Open champion had decided to take a step back, using his time off to marry Tatum O’Neal and welcome their first child, Kevin. His original plan was to recover, spend time with his family, train and come back stronger than ever. After a good start at Stratton Mountain, where he only lost in the semi-finals, wasting four match points against world No 3, Becker, it seemed like his plan could work. The following week though, in Toronto, McEnroe was defeated in the second round by Seguso, a doubles specialist. At the start of the US Open, the pundits didn’t know what to expect from Mac.

Facing Paul Annacone, who had never won two matches in a Grand Slam tournament, McEnroe made the best start, taking the first set, 6-1, against an opponent disoriented by the dimensions of the court. The momentum changed in the second set, with Annacone finding his marks, especially on serve. In total, the world No 20 fired 23 aces that day. Soon, word spread around the USTA Tennis Center that McEnroe was about to be ousted in the first round of the US Open for the first time in 10 appearances. Annacone took the three next sets without facing much resistance from last year’s runner-up, 6-1, 6-3, 6-3. The crowd could not recognise McEnroe; where were his sharp volleys, his great serve (only 3 aces)? And, most of all, where was his fighting spirit? Mac spent the entire match mocking himself, as if he wasn’t involved enough to get angry as in the good old days.

A disheartened McEnroe appeared later in the conference room. “I really didn’t expect this,” McEnroe said, according to The New York Times. “I came into the match in a reasonably good frame of mind. I have to look at myself in the mirror and ask whether I have the enthusiasm. There’s not much sense in pretending it’s there. “It’s not working out the way I had planned,” he added, quoted by The Los Angeles Times. “I ended up probably losing too much weight. Now I’m not nearly as strong as I should be. “That’s something that I have to look at,” said the former world No 1 as a dire conclusion, when asked about the idea of retirement.

Meanwhile, Annacone seemed almost embarrassed after an unexpectedly easy win against such a champion. As reported by The New York Times, he explained: “I felt kind of awkward beating him. He’s a great champion. He’s entertained so many millions of people and done so much for the game. I want to see him come back, but I feel he’s got to get some more matches under his belt. You’ve got to give him some time.” One thing was sure : McEnroe’s return to the game was not going as planned, and his ranking was going to drop to world No 21.

Paul Annacone would be defeated in five sets in the next round by 19-year-old Aaron Krickstein, ranked No 38 (4-6, 4-6, 6-3, 6-4, 7-6). The highlights of his Grand Slam career in singles would be reaching the fourth round at the 1987 Australian Open (lost to Pat Cash, 6-4, 6-1, 6-7, 1-6, 6-2)) and at Wimbledon in 1988 (lost to Becker, 6-3, 6-4, 6-4). Once his career finished, Annacone would become a successful coach, known for his collaboration with Pete Sampras.
John McEnroe would not retire in 1986. The end of his season would be promising. In the autumn, he would claim three consecutive titles in Los Angeles, San Francisco and Scottsdale, twice beating Stefan Edberg, world No 4. He would finish 1986 as world No 14, his worst year-end ranking since 1977. McEnroe would never win a Grand Slam title again. “Mac” would never obtain the same remarkable results and would not reach any more Grand Slam finals. His last remarkable result before he retired from professional tennis would be reaching the 1992 Wimbledon semi-final (lost to Andre Agassi, 6-4, 6-2, 6-3). Despite his decline, McEnroe would never again be defeated in the first round of the US Open, reaching the semi-finals for the last time in 1990 (beaten by Pete Sampras, 6-2, 6-4, 3-6, 6-3).