On this day in January 31, 1993, Jim Courier defeated Stefan Edberg to win his second consecutive Australian Open. Tennis Majors takes a look back in time to see how the event unfolded. 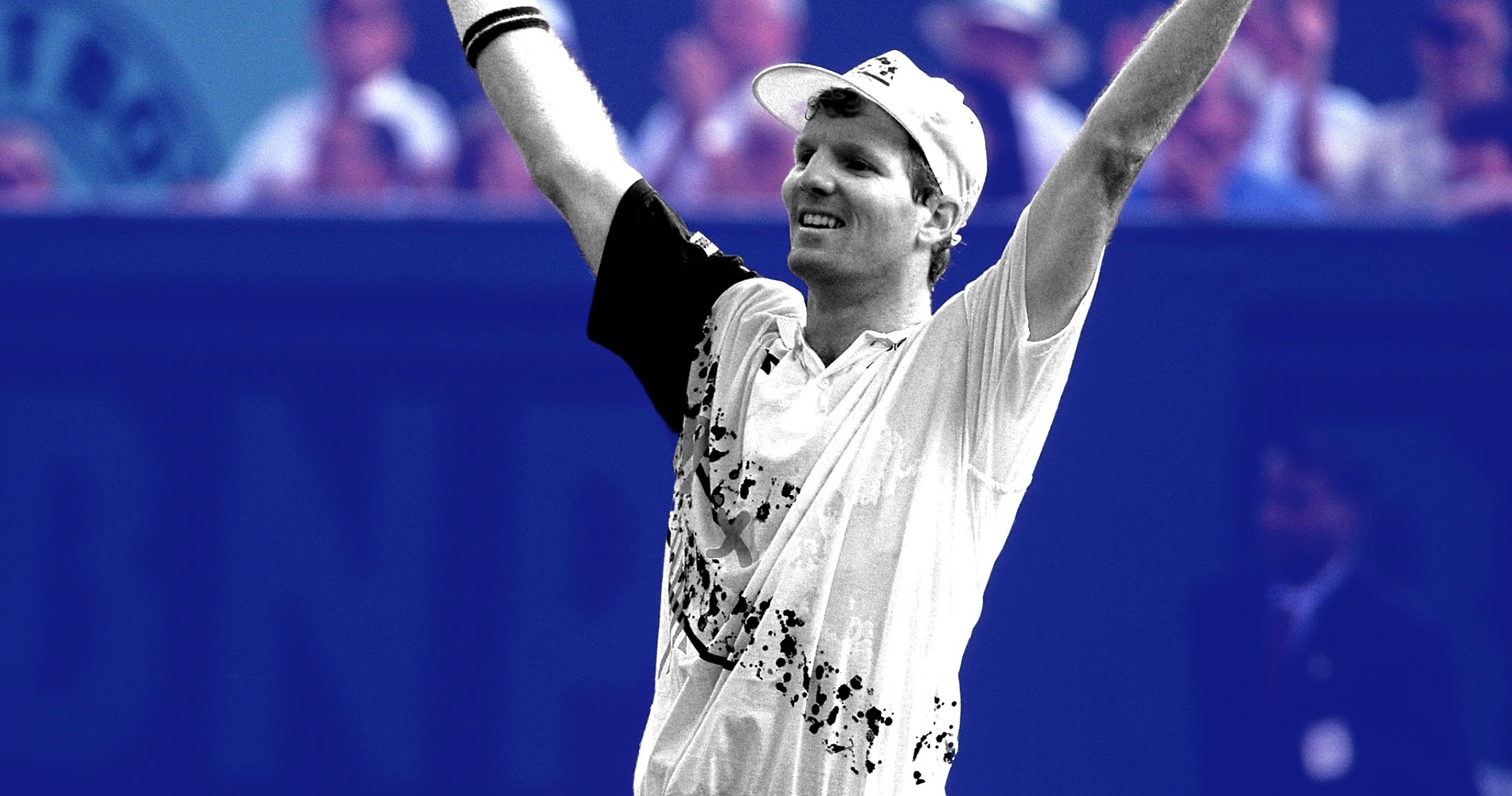 What happened and why it is memorable?

On January 31, 1993, Jim Courier defeated Stefan Edberg in the Australian Open final for the second consecutive year (6-2, 6-1, 2-6, 7-5). Aged 22, the American was at the peak of his domination, having claimed four Grand Slam titles in less than two years, since the 1991 French Open. It was the last major title ever claimed by Courier, and it was the last major final ever played by Edberg, who would retire three years later.

Born in 1970, Jim Courier was one of many players that developed at the Nick Bollettieri tennis academy in the 1980s. He developed quite an unconventional game, using western grips and short backswings often compared with base-ball motions, which matched his trademark cap. His big serve and his inside-out forehand were his favorite shots, and he was famous for his work ethics, commitment and fitness.

He was the last of an American big four which made a big impression on the tour: Andre Agassi had been the first to reach a Grand Slam final four, at the French Open in 1988; Michael Chang had been the first to claim a Grand Slam title at Roland-Garros in 1989, joined by Pete Sampras who won the US Open in 1990. Although Jim Courier was the least expected to take the lead amongst these rising stars, he made his Grand Slam breakthrough in 1991, claiming the French Open crown, defeating Agassi (3-6, 6-4, 2-6, 6-1, 6-4). This was the start of his domination. After a heavy loss against Stefan Edberg in the 1991 US Open final (6-2, 6-4, 6-0), he took his revenge against the Swede by defeating him in the 1992 Australian Open (6-3, 3-6, 6-4, 6-2) and knocking him down from world No 1 in February. A few months later, he confirmed his hold on the tour by successfully defending his Roland-Garros crown (beating Petr Korda in the final, 7-5, 6-2, 6-1), and, even though his second part of the season was not great, he finished 1992 on top of the ATP rankings.

Stefan Edberg was born in 1966. He was very successful in junior tournaments (he achieved the junior Grand Slam in 1983), he almost quit tennis the same year, at the age of 17, after one of his serves accidentally killed a line judge in New-York. He continued and probably didn’t regret it. As quickly as December 1985, a few months after young Boris Becker had broken through by winning Wimbledon, Stefan Edberg claimed his first Grand Slam, also on grass, at the Australian Open, defeating fellow Swede Mats Wilander in the final (6-4, 6-3, 6-3).

The tournament was not held in 1986, due to its indefinite change of date to January, and Edberg would successfully defend his title in January 1987, defeating Aussie favorite Pat Cash (6-3, 6-4, 3-6, 5-7, 6-3). In 1988, he added a Wimbledon title to his achievements, defeating Boris Becker (4-6, 7-6, 6-4, 6-2) in a final that started one of the most famous rivalries in tennis history. In 1989, Stefan Edberg lost confidence after losing two major finals in a row : the first one at Roland-Garros, defeated by Michael Chang (6-1, 3-6, 4-6, 6-4, 6-2) in a a heartbreaking  match where he missed 10 break points in the fourth set, and the second one at Wimbledon, where his rival Boris Becker took a brutal revenge from the previous year’s final (6-0, 7-6, 6-4). In 1990, in the Australian Open final, he was forced to retire in the second set of his clash with Ivan Lendl because of abdominal injury. After a new disappointment at the French Open, where he lost in the first round, Stefan Edberg reclaimed the Wimbledon crown, edging Becker in five sets in their third consecutive final at the All England Club (6-2, 6-2, 3-6, 3-6, 6-4), and a few weeks later, he became world No 1 for the first time. In 1991, fighting with Becker for the top spot, in won the US Open for the first time, delivering a masterpiece in the final to destroy Jim Courier, 6-2, 6-4, 6-0. The American took his revenge at the Australian Open and became Edberg’s new rival for world No 1. The Swede claimed a sixth Grand Slam title at the 1992 US Open, after having won the longest match in the tournament’s history (against Michael Chang in the semi-finals) and defeated Pete Sampras in the final (3-6, 6-4, 7-6, 6-2). At the start of 1993, he was world No 2, not far behind Courier.

Unlike the other Grand Slam tournaments, The Australian Open (first known as the Australasian Championships and, later, the Australian Championships) had moved several locations throughout the years. In fact, the event switched cities every year before it settled in Melbourne in 1972, and no less than five Australian cities had hosted the event at least three times: Melbourne, Sydney, Adelaide, Brisbane and Perth. The event was held on grass at the Kooyong Stadium, in a posh easter suburb of Melbourne. Its timing had changed several times as well, between early December and January, going from being the first Grand Slam of the year to being the last. Until 1982, many of the best players skipped the Australian Open, mainly because of the remoteness, and the low prize money, but then, with the triumph of Mats Wilander, the dynamic changed. The tournament’s board made big efforts to become as prestigious as the other Grand Slams, which ended up with the event moving to a new location in 1988, in Flinders Park (later known as Melbourne Park), switching from grass to hard courts, and displaying the first-ever center court equipped with a retractable roof. Prizes increased as well, and it wasn’t long before the tournament became many player’s favourite Grand Slam. In fact, since the tournament had moved, all the men’s champions had reached world No 1 in their career. 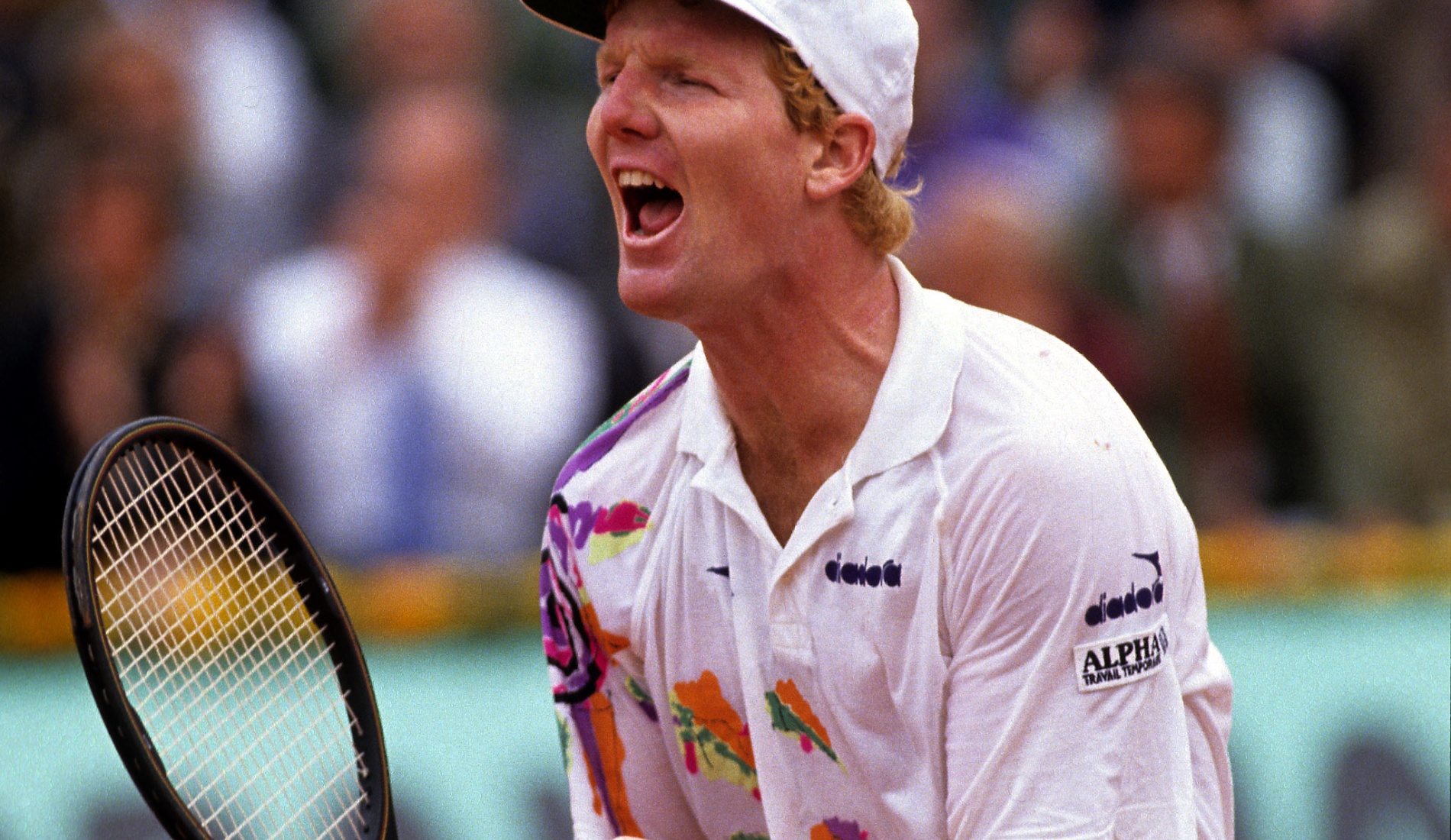 At the 1993 Australian Open, the two top seeds, Jim Courier and Stefan Edberg, who had been fighting for the world No 1 spot in the past twelve months, both reached the final without much difficulty. In the semi-finals, even players like Pete Sampras (eliminated by the Swede, 7-6, 6-3, 7-6) and Michael Stich (beaten by Courier, 7-6, 6-4, 6-2), couldn’t cause much trouble to the dominant duo.

In their rivalry in Grand Slam finals, Edberg had struck the first blow at the 1991 US Open, where he had literally swept Courier off court, 6-2, 6-4, 6-0, but the American had had his revenge a few months later at the Australian Open. Through the 1992 season, they exchanged the world No 1 spot no less than five times, and Courier ended up as the year-end champion thanks to his two Grand Slam titles. Their encounters were always promising because of their contrasting styles, the Swede playing a classic serve-and-volley game while the American was punching the ball from the baseline with a very personal technique.

On January 31, 1993, when the two best players in the world faced each other in the Australian Open final, the heat was strong, even for the land down under, with on-court temperature approaching 150 degrees. This, combined with back pain, might have been Edberg’s downfall. His unusually weak serve didn’t allow him to charge the net in good conditions, especially against a powerful player like Courier. Soon, the American had taken the two first sets, 6-2, 6-1. In the third set, the Swede finally managed to increase his serve speed, which allowed him to challenge his opponent and to push him into a tight fourth set. However, Courier broke Edberg’s serve at 5-5, and, even if the Swede bravely saved two match points (one of them thanks to a delightful forehand volley), he sealed his win in the following game.

“I’m glad I gave him a match,” said Edberg, according to The New York Times, but he also explained how bad the heat was. “At one stage, you feel like death. Then you start to feel that it’s not so bad; then it hits you again. It was brutal.”

In 1992, Courier had jumped into the Yarra River after his first triumph at Flinders Park, without knowing how polluted it was, and he had been sick for an entire week after swallowing some water. In 1993, he decided to dive a second time, with much more caution though: “This year at least I knew it was the 18th-most-polluted river in the world,” he said.

In the following months, Courier would be defeated in two consecutive Grand Slam finals: after losing to Sergi Bruguera in a close Roland-Garros final (6-4, 2-6, 6-2, 3-6, 6-3); he was defeated by Pete Sampras in the Wimbledon final (7-6, 7-6, 3-6, 6-3). Although he had just become, at 22, the youngest player in tennis history to participate in all the Grand Slam finals, this would be the beginning of his decline. In 1994, despite some good results, including a semi-final at the French Open (defeated again by Bruguera), his motivation would hit a low point during summer, and he would consider leaving the tour for a while. In the last five years of his career, he would only claim five of his twenty-three career titles In 2000, his ranking  having dropped to no.67, his motivation at its lowest, he would quit professional tennis.