Every day, Tennis Majors takes you back in time to relive a tennis event which happened on this specific day. On this day in 1981,, the USA hosted Czechoslovakia in the first ever Davis Cup tie to be played at the home of the US Open 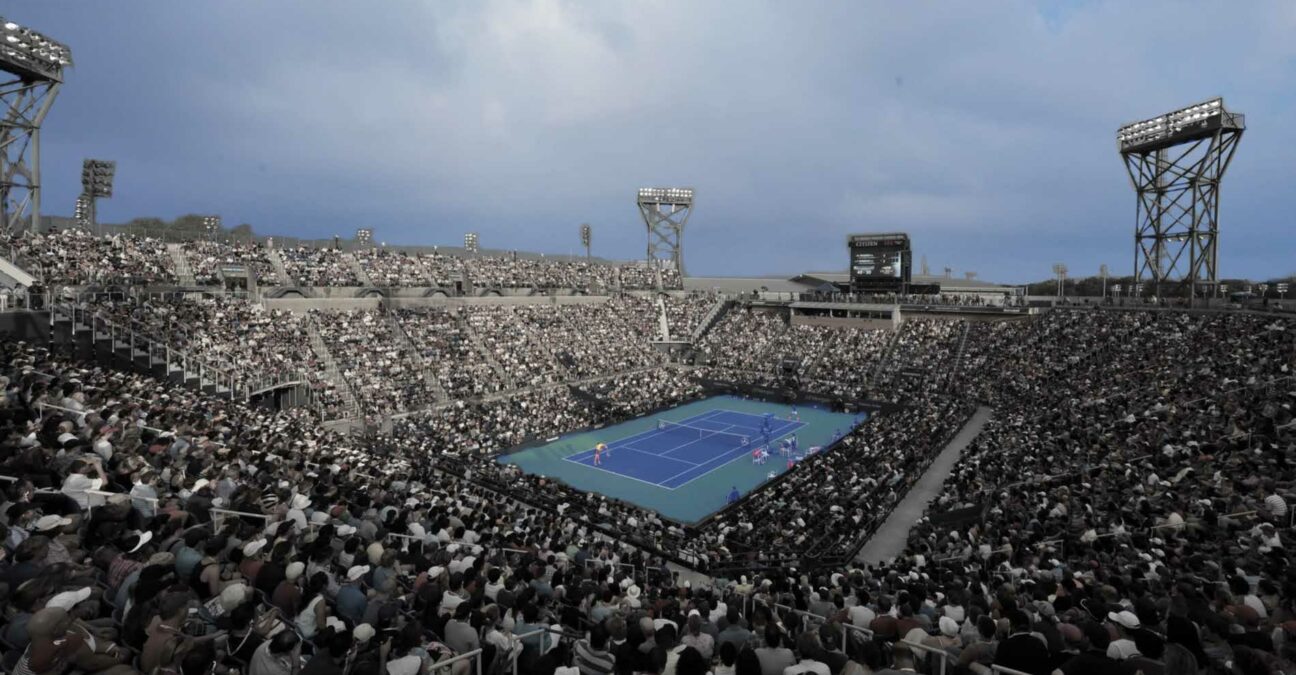 On this day, July 10, in 1981, the Davis Cup was hosted for the first time at the USTA Tennis Center in Flushing Meadows, where the US Open had been held since 1978. This quarter-final tie between the United States and Czechoslovakia featured three of the four best players in the world: John McEnroe, Jimmy Connors and Ivan Lendl. In front of a record attendance of 17,445 spectators, Lendl and Connors both earned one point for their team on the opening day, but in the end, the American team prevailed by the end of the tie.

The players: The United States and Czechoslovakia Davis Cup teams

Jimmy Connors, born in 1952, was one of the greatest tennis players of his era. Coached by his mother Gloria, Connors was among the first few players to hit the ball flat and mainly from the baseline. Hitting the ball on the rise, his game would be very influential for future generations of tennis players. ‘Jimbo’, as he was famously known, turned pro in 1972 and became world No 1 by 1974. In fact, that year he won three out of the four Grand Slam tournaments, and was not permitted to participate in Roland-Garros, the fourth one, due to a lawsuit he filed against the ATP tour. He stayed at the top spot of the ATP rankings for a record of 160 weeks in a row, from 1974 to 1977. Losing his top ranking to Bjorn Borg on August 23, 1977, for just one week, he had reclaimed it for another 84 weeks, until the spring of 1979. He had won five Grand Slams titles until that day: the Australian Open (1974), Wimbledon (1974) and the US Open (1974, 1976, 1978). Since 1979, Connors had not been performing as well as he had in his peak years. Although he had managed to win the WTC Finals in 1980, defeating John McEnroe, he had not reached a Grand Slam final since his 1978 US Open title. Despite that, he was still ranked No 3 in the world.

Both Connors and McEnroe were known for their shocking on-court behaviour in the well-mannered world of tennis. They were sometimes vulgar — Connors, at times, gave the finger to a linesman or put his racket between his legs in a crude manner. Their constant quarreling with the officials made them infamous in a gentleman’s sport. They were usually rivals and they genuinely disliked each other, but on this occasion they were part of the same team. It was only the second year that Connors participated in the Davis Cup, as he usually did not get involved in a competition spread over four weeks without any prize money.

Ivan Lendl, born in 1960, turned professional in 1978 and in July 1981, he was ranked No. 4 in the world, behind McEnroe. He was among the four best players in the world since 1980, along with Borg, McEnroe and Connors. He had claimed nine ATP titles already, seven of them in 1980. In 1981, he had reached his first Grand Slam final at Roland-Garros, where he defeated McEnroe in the quarter-final before losing in five sets against the great Borg (6-1, 4-6, 6-2, 3-6, 6-1). He set new standards in the baseline game, with a very powerful topspin forehand that allowed him to play aggressively while staying extremely consistent, pushing his opponents into a very tough physical challenge. He also set new standards in work ethics, practising more than any other player before, paying attention to his fitness and to his diet in a way tennis players were not used to.

Tomas Smid was born in 1956. He had claimed four single titles in his career so far, he had never gone past the third round of a Grand Slam and he was ranked No 27 in the world, not far from his highest ranking of No 22. In doubles, he had lifted four trophies as well, but he had reached the Roland-Garros semi-finals in 1979, partnering Jan Kodes.

The USTA National Tennis Center, located in Flushing Meadows, New York, was opened in 1978 to host the US Open Grand Slam tennis tournament, held every year in August and September. Its Center Court at the time was the Louis Armstrong Stadium, which had a capacity of 18,000 spectators. The USTA National Tennis Center was one of the biggest tennis complexes in the world. Since the US Open had moved from its former location, at Forest Hills, to its new premises at Flushing Meadows, only American players had lifted the trophy: Connors in 1978 and McEnroe in 1979 and 1980.

The facts: The United States and Czechoslovakia tied at 1-1 after Day 1

On July 10, for the first time, a Davis Cup tie, which looked like an all-star tennis game between the United States and Czechoslovakia was held at the USTA National Center. In front of a record crowd of 17,445 spectators, McEnroe faced Lendl in the opener. The two players had played against each other three times already, and, although McEnroe had won their first two matches, Lendl had prevailed the last time, at Roland-Garros (6-4, 6-4, 7-5).

McEnroe had just come off winning at Wimbledon a week before. This should have given him confidence, but since his famous “You cannot be serious” emotional outburst against Tom Gullikson, McEnroe has been facing heavy criticism. He ended up being heavily fined and was denied the honorary club membership which was accorded to all singles champions. Arthur Ashe, captain of the United States team, expected him not to perform at his best level, as the Wimbledon champion appeared mentally worn out by the constant controversy which followed him during and after the tournament.

On the other hand, Lendl had been defeated in the first round at Wimbledon and had practised for 10 days in Florida to prepare the event. He dominated the match, with deep shots which prevented McEnroe from taking the net as often as usual. Although McEnroe clearly made an effort to behave properly while playing under the United States flag, he was defeated in three sets, 6-4, 14-12, 7-5.

Connors pulled the United States level at 1-1 with a 6-3, 6-1, 6-2 victory over Smid in the second match, explaining later that he “didn’t want to end the day 0-2, especially on Arthur Ashe’s birthday.” Although the first day ended level, the American team was still confident regarding the outcome. “I’ve never lost to Smid, and I shouldn’t now. On paper, we shouldn’t lose any more matches,” said McEnroe, while Arthur Ashe predicted that “by the end of the first match on Sunday, I think it will be all over.”

What next? United States would win the Davis Cup tie

Things would unfold exactly the way McEnroe and Ashe had anticipated. On Saturday, Smith and Lutz would beat Lendl and Smid, 9-7, 6-3, 6-2. On Sunday, McEnroe would secure the victory, easily beating Smid in straight sets, 6-3, 6-1, 6-4.

The United States would win the 1981 Davis Cup, beating Argentina in the final, this time with a different team; McEnroe and Roscoe Tanner would play the singles, while Peter Fleming would partner McEnroe in the doubles. Connors would not appear again in the Davis Cup until 1984. This time, he would participate in the entire campaign, that ended with a 4-1 loss in the final against Sweden.