Tennis Majors > Our features > On this day > July 2, 2001: The day Federer ended Sampras’ era at Wimbledon

Every day, Tennis Majors takes you back in time to relive a tennis event which happened on this specific day. On this day in 2001, 19-year-old Federer dethroned seven-time Wimbledon champion Sampras 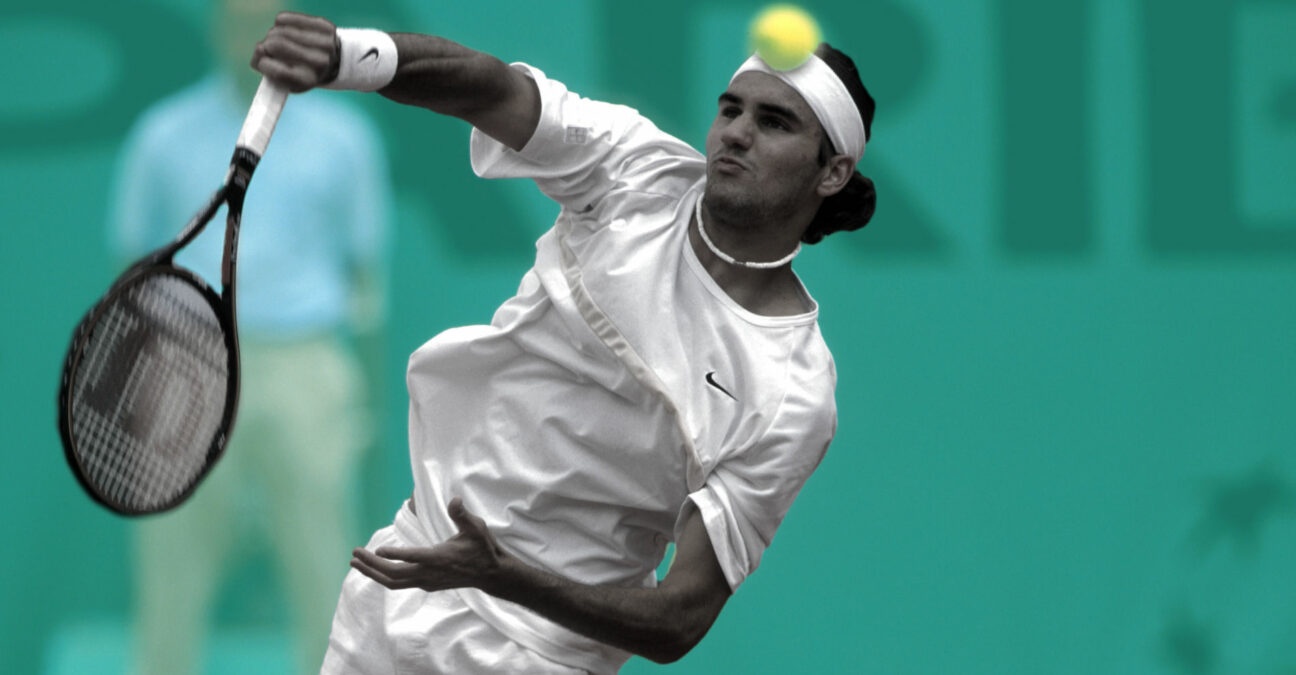 On this day, July 2, 2001, in the fourth round of the Wimbledon Championships, Roger Federer, aged 19, defeated seven-time champion and former World No 1 Pete Sampras (7-6, 5-7, 6-4, 6-7, 7-5). At the time, many experts saw this match as a sign of a changing of the guard, with the young rising star edging the fading champion. They were right : later, this spectacular match would be considered as a clash of legends, as Federer would end up beating most of Sampras’ records.

Sampras’ serve-and-volley game was particularly lethal on the grass of the All England Club, where he conquered seven titles between 1993 and 2000 – also a record at the time – holding a 53-1 record (the only man to beat him during that stretch was Richard Krajicek, in the 1996 quarter-finals, 7-5, 7-6, 6-4).

Roger Federer was born in 1981. After he finished 1998 as the world No 1 junior, Federer performed well in his first professional events. In his five first main ATP tour appearances, in 1998-1999, he reached the quarter-finals three times, in Toulouse, Marseille and Rotterdam. His mind-blowing game amazed the tennis world and soon, he was touted as the future world No 1.

Wimbledon is the oldest and the most prestigious tennis tournament in the world. Held by the All England Lawn Tennis and Croquet Club since 1877, it moved into its current location in 1922, the same year when the Centre Court was built. Considered by many as the most intimidating court in the world, with its famous Rudyard Kipling quote above the entrance (“If you can meet with triumph and disaster and treat those two impostors just the same”), the Centre Court had seen the best players in the history of the sport competing for the title.

After the US Open switched to clay and then hard court in the 1970s, and after the Australian Open switched to hard court in 1988, Wimbledon remained the only Grand Slam tournament to be played on grass, a surface that is usually more suitable for serve-and-volley players. Not only did Wimbledon retain its surface, but it also maintained old-fashioned traditions such as its all-white dress code.

At the start of Wimbledon 2001, even if he was believed to be on the decline, Sampras still held the 6th position on the ATP rankings. A seven-time Wimbledon champion, Federer had won the four previous editions of the tournament and hadn’t been defeated at the All England Club since 1996. Although he had been unexpectedly challenged during the second round by world No 265 Barry Cowan who pushed him to a fifth set (6-3, 6-2, 6-7, 4-6, 6-3), he had displayed a better performance in his following match against Sargis Sargsian (6-4, 6-4, 7-5). Despite his recent run at the French Open, where he had reached the quarter-finals, there was no way that young Federer could be called the favourite against the Master of Wimbledon.

On this Monday, the showdown between the fading champion and the rising star was the match of the day. With both players serving well and being comfortable at the net, the first set logically ended with a tiebreak. Sampras obtained a set point, which Federer erased with a service winner and won the set a few points later. In the second set, Sampras was the first to break his opponent’s serve and sealed the set 7-5 to even the score at a set apiece. Federer played flawless tennis in the third set, which he won 6-4, forcing Sampras to play at his best to stay in the match. Pistol Pete raised his level, sharpened his serve, and, displaying several of his famous half-volleys, pushed the match into a fifth set.

In this high-level final act, the American could not convert two break points at 4-4. Three games later, Sampras missed two volleys and now faced two match points. Federer did not choke : a return winner sealed his victory against his childhood idol.

Sampras only had good things to say about his opponent: “I’m very disappointed, obviously, but I lost to a really, really good player today. He played great. He’s a great shot maker. He won the big points. He came up with some really good stuff at huge times. I give him a lot of credit. He really played very well.”

What next? Federer would go on to break Sampras’ record at Wimbledon

Roger Federer would be defeated in the next round by the crowd favourite Tim Henman (7-5, 7-6, 2-6, 7-6). Nevertheless, his epic encounter with Sampras would remain as one of the greatest matches in the tournament’s history, a unique battle between two generations and, as it would unfold later, between two legends.

Although Sampras’ decline would accelerate in the following months – he would leave the top 10 after Wimbledon and would not win a single tournament in 2001 – the American would still believe in his chances to triumph at a major tournament. In fact, he would triumph one final time at the 2002 US Open, edging Andre Agassi (6-3, 6-4, 5-7, 6-4). As this would remain his last match, he would become the only player in tennis history to end his career with a Grand Slam victory.

In his press conference after the 2001 fourth round, Sampras had accurately predicted the future, “There are a lot of young guys coming up, and Roger is one of them, but I think he’s a little more extra special than the other guys.”

Indeed, Federer would beat almost every record previously held by Sampras : achieving a career Grand Slam, winning Wimbledon eight times, claiming 20 major titles and holding the world No 1 spot for 310 weeks. Sampras’ only record to remain unbroken would be the most consecutive seasons (six) ended as world No 1.