Every day, Tennis Majors takes you back in time to relive a tennis event which happened on this specific day. On this day, July 31, 2005, Andre Agassi added his last ATP title to his resume, winning the Los Angeles Open over Gilles Muller. 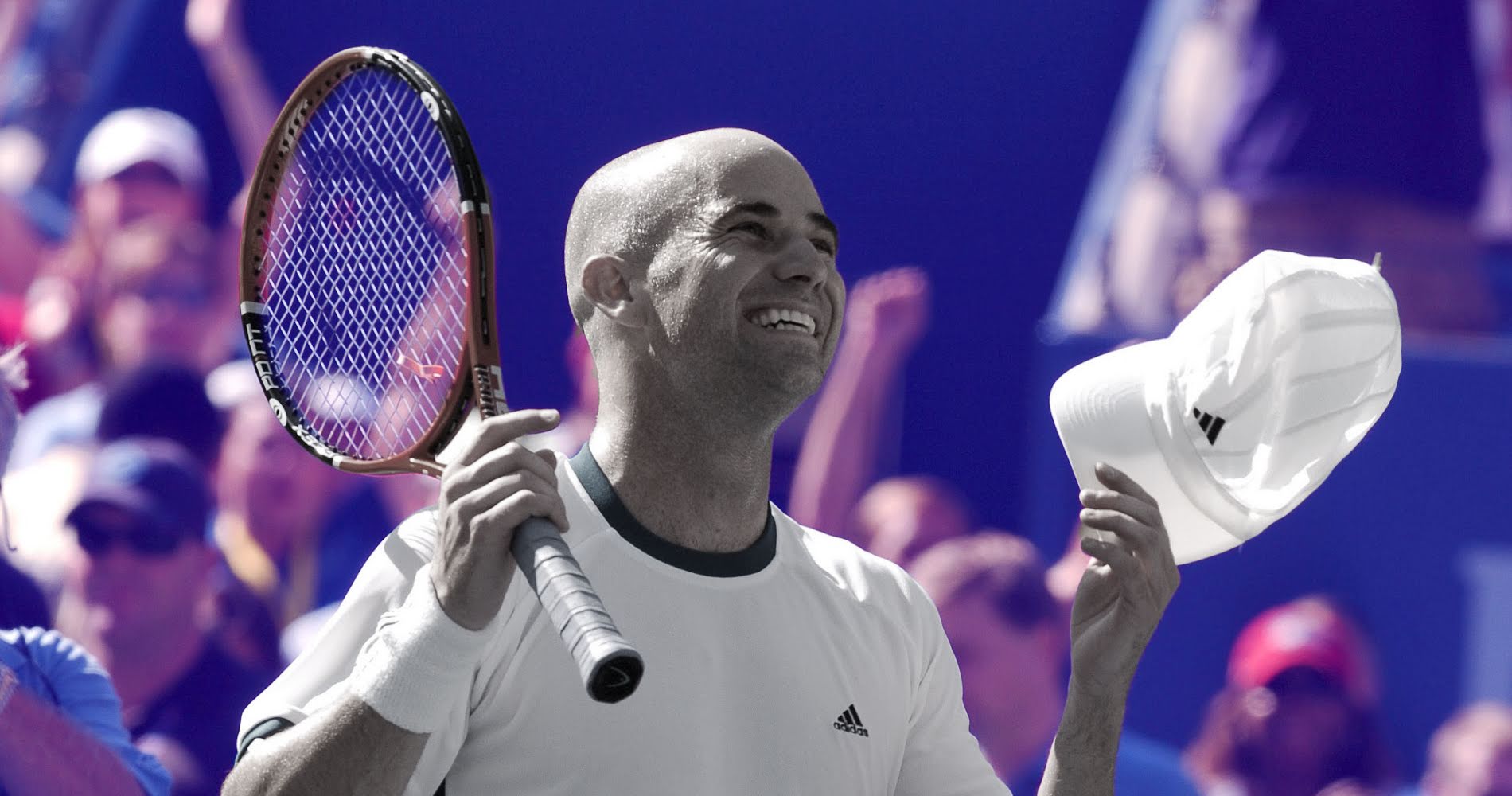 Sweet Sixty : What happened exactly on that day

On this day, July 31, 2005, in the Los Angeles Open final, Andre Agassi, 35, beat Gilles Muller (6-4 7-5), to claim the 60th and last title of his great career. The Las Vegas Kid had only won one tournament, in August 2004 (in Cincinnati), since his triumph at the Houston Open in April 2003. Many experts thought he was finished. But by lifting the trophy for the fourth time in LA, Agassi reminded them that, despite his age, he was not be counted out.

Andre Agassi, the Las Vegas Kid, was a tennis legend. He had turned professional in 1986 and he has soon become one of tennis’ biggest superstars. Thanks to his amazing tennis skills, but also to his interesting outfits, including the iconic denim shorts and the pink bike shorts (worn as underlayer). Taught by his father and bred at the Nick Bollettieri Academy, his game relied on a great return (the best of his time) and on hitting the ball on the rise on both sides with incredible power, which was revolutionary at the time and then copied by generations of tennis players. 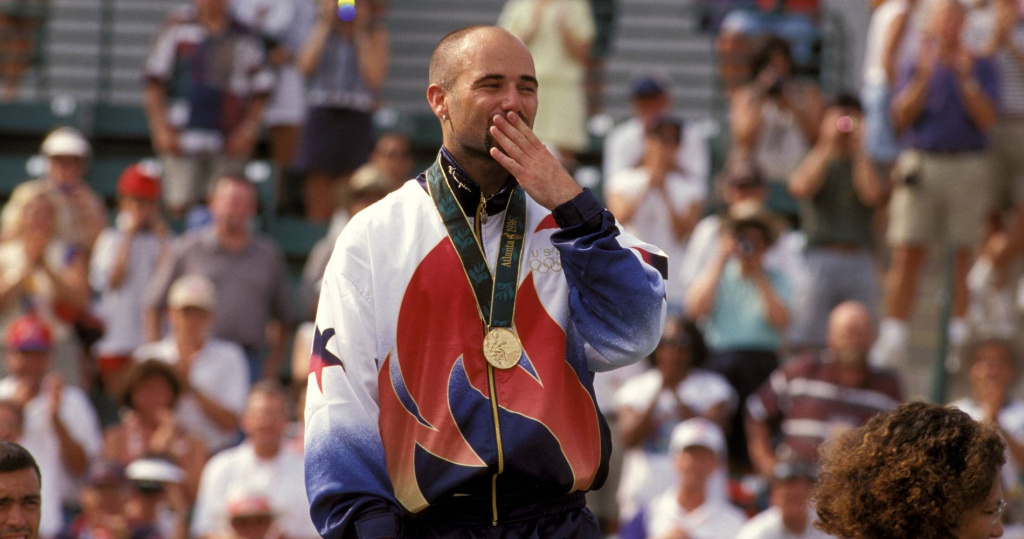 Displaying great humility, he went back to play on the Challenger Tour at the end of 1997 to regain confidence. He slowly came back to the top in 1998, finishing the year as world No 6, although his Grand Slam results were disappointing. In 1999, he eventually triumphed at Roland-Garros, eight years after his second lost final, after a dramatic match where he edged Andrei Medvedev (1-6 2-6 6-4 6-3 6-4). That year, after finishing runner-up to Sampras in Wimbledon (6-3 6-4 7-5), he claimed a second US Open crown and regain the No 1 seat for 52 extra weeks. In the following years, he added three more Australian Open titles to his career achievements (2000, 2001, 2003) and appeared for the last time at the top of the ATP ranking on September 7, 2003.

In 2004, he started well, with an amazing five-set semi-final at the Australian Open which he lost against Marat Safin (7-6 7-6 5-7 1-6 6-3), followed by another semi-final in Indian Wells, lost to new World No 1 Roger Federer, 4-6 6-3 6-4. At 34, the legend was still alive, but in the following months, injuries prevented him from performing at his best. At Roland-Garros, he lost in the first round against qualifier Jérôme Haehnel, suffering from a back pain which would force him to withdraw from Wimbledon. In July 2005, he was still World No 6, thanks to the quarterfinals he had reached at the 2004 US Open and at the 2005 Australian Open (defeated each time by Roger Federer). But he had only claimed one title in the last 18 months. Bothered by injuries, he had lost in the first round of Roland-Garros in May, and he had not attended any other tournament before he arrived in Los Angeles, in late July. 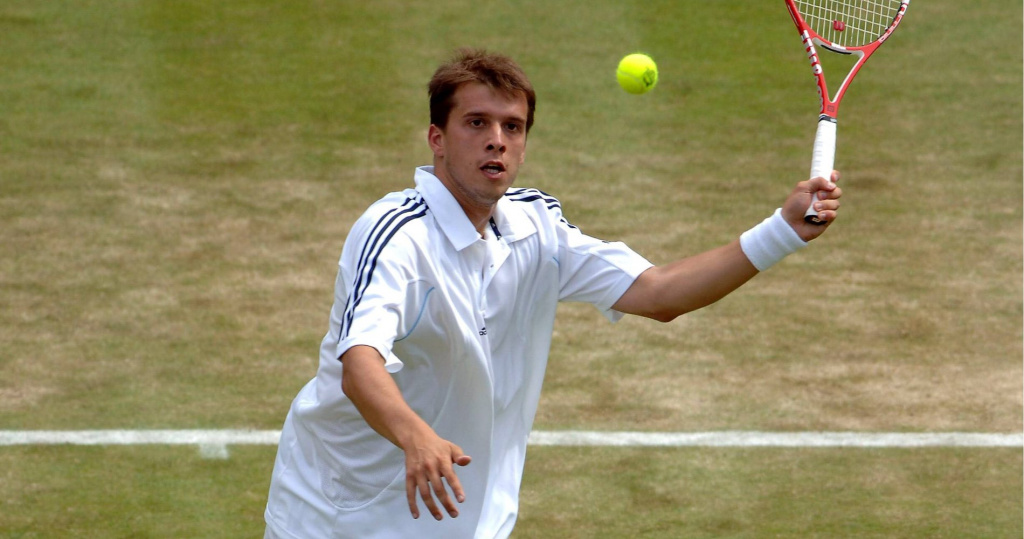 In July 2005, when Andre Agassi attended the Los Angeles Open, no one knew what to expect from the American legend, who had not played a single match since his loss in the first round of the French Open, two months prior. On one hand, he had not appeared as often as before in the past 12 months, as he was now 35 and injuries were nagging him. He had skipped Wimbledon in 2004 and 2005, and his last two appearances at Roland-Garros had been very brief as he had lost each time in the first round. On the other hand, he had still managed to triumph at the 2004 Masters 1000 in Cincinnati, and to reach two Grand Slam quarterfinals, in New York and in Melbourne, losing only to Roger Federer, proving that he could still compete with the best in major tournaments.

Since his first round victory against world No 109 Jean-René Lisnard, who was crushed 6-1 6-0, it was clear that Agassi had skipped Wimbledon only to recover and sharpen his game. Only Paradorn Srichaphan, from Thailand, managed to win one set against the Las Vegas Kid on his way to the final.

There, the tall lefty Gilles Muller stood between Agassi and a 60th ATP title. Agassi knew Muller and his deadly serve already, as he had lost to him the previous year in Washington (6-4 7-5).

In the first set, Agassi dropped only two points on his serve in the first set, which he took, 6-4. In the second set, at 5-5, Gilles Muller, who maybe respected too much Agassi as his childhood idol, saw his opponent come back from 40-0 to break his serve. A few points later, Andre Agassi had sealed his 60th title on the tour.

“It’s been a dream week for me, for sure,” Agassi said, according to the Los Angeles Times. “I couldn’t have expected to come in here and find my comfort level so early on in the tournament and get better with each match. It’s a great sign.”

What next : Another Grand Slam final for Agassi

In the following weeks, Andre Agassi would achieve amazing results, reaching the final in Montreal (defeated by Rafael Nadal, 6-3 4-6 6-2) and at the US Open, his last Grand Slam final, lost to Roger Federer in four sets of high-level tennis (6-3 2-6 7-6 6-1).

The 60th title conquered by the Las Vegas Kid in Los Angeles would also be his last. Only in 2006 would he leave the Top 10 once and for all. Attending only eight tournaments, he would put an end to his career at Flushing Meadows. After delivering a last epic fight to prevail against World No 8 Marcos Baghdatis (6-4 6-4 3-6 5-7 7-5), he would be defeated by Benjamin Becker in the third round, 7-5 6-7 6-4 7-5.

Gilles Muller would claim two titles on the tour, both in 2017 (in Sydney and s’Hertogenbosch). That year, in July, the lefty would also reach his career-best ranking as World No 21 shortly after his best Grand Slam performance at Wimbledon. At the All England Club, Gilles Muller would beat Rafael Nadal in the fourth round ((6-3, 6-4, 3-6, 4-6, 15-13) and would make his way to the quarterfinals (eliminated by Marin Cilic, 3-6 7-6 7-5 5-7 6-1). Muller would retire from professional tennis in 2018.