Tennis Majors > Our features > On this day > July 24, 1987 : The day Boris Becker edged John McEnroe after a marathon

Every day, Tennis Majors takes you back in time to relive a tennis event which happened on this specific day. On this day, July 24, 1987, Boris Becker edged John McEnroe in a Davis Cup play-off after a six hour, 21-minute marathon. 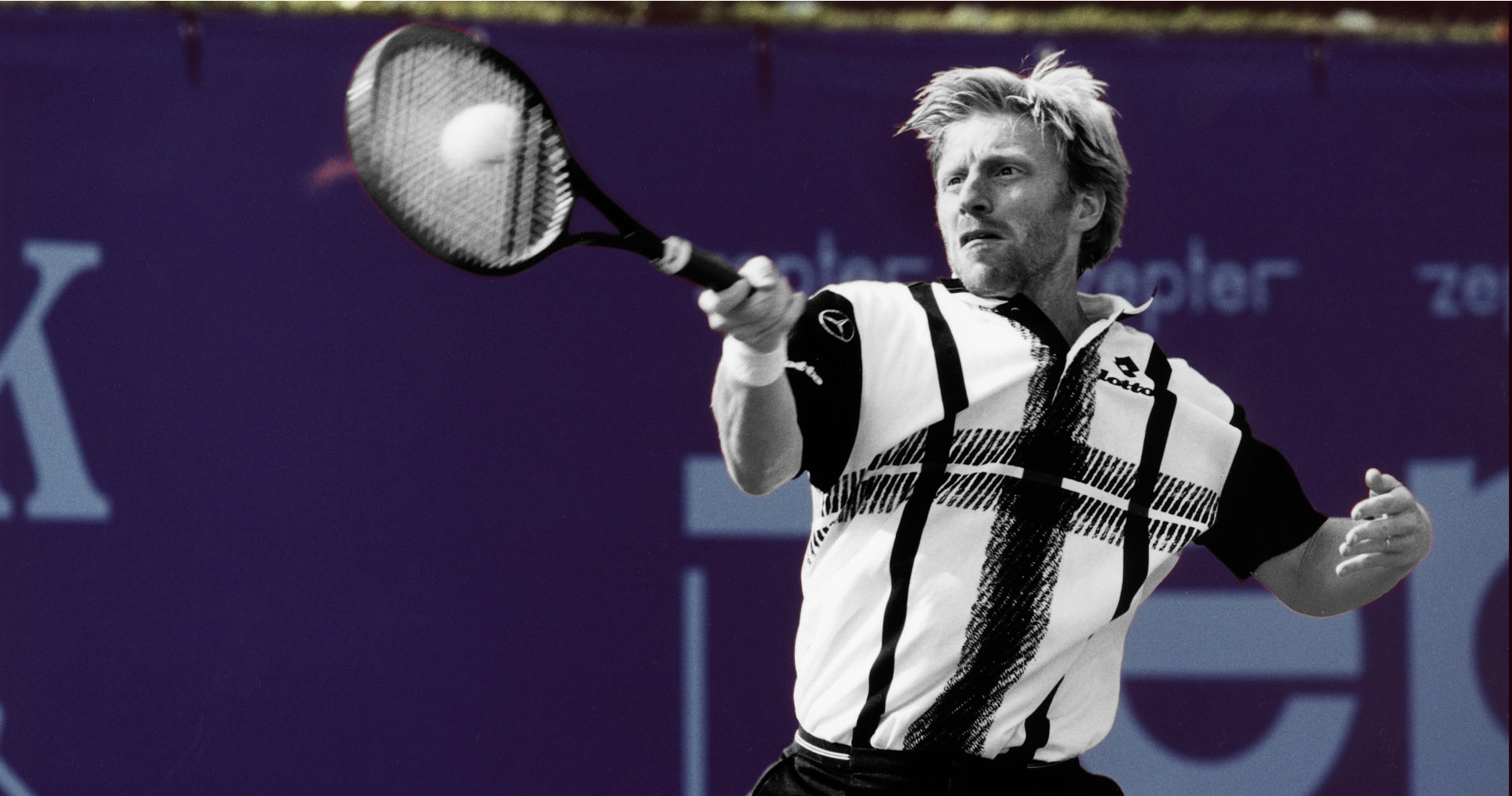 After 1984, McEnroe’s domination came to an end. In 1986, mentally worn out, he even took a break from the tour to marry Tatum O’Neal. After he came back, “Mac” was not the champion he used to be. Ranked No 10 th, he had participated in two Grand Slam tournaments where he had lost in the first round. “Mac” was very talented, his game being based on precision and touch on top of an iconic and lethal serve. He was also known for his shocking on-court behaviour in the well-mannered world of tennis. He was sometimes vulgar and his constant quarreling with the officials did not go unnoticed in a gentlemen’s sport.

Boris Becker was born in 1967. In 1985, the German became the youngest ever Wimbledon champion at the age of 17, edging Kevin Curren in the final (6-3, 6-7, 7-6, 6-4). His powerful serve, which he often followed to the net, earned him the nickname “Boom Boom”. He was famous for his spectacular diving volleys, as well as for his dramatic play and emotional outbursts. With his great power, Becker successfully defended his Wimbledon crown in 1986, defeating world No 1 Ivan Lendl in the final (6-4, 6-3, 7-5).

In 1987, the young German was having a hard time, overwhelmed by his stardom and all the expectations around him, as he was not even 20 years old. Although he reached the semi-finals at Roland-Garros on his least favourite surface (lost to Mats Wilander, 6-4 6-1 6-2), he suffered a shocking lost against world No 70, Peter Doohan (7-6, 4-6, 6-2, 6-4) in the second round at Wimbledon, where he had arrived as world No 2 and the two-time defending champion. On the 23rd of July 1987, the USA hosted a relegation play-off tie against Germany, in Hartford, Connecticut. There was a lot at stake, as the loser was to leave the World Group. 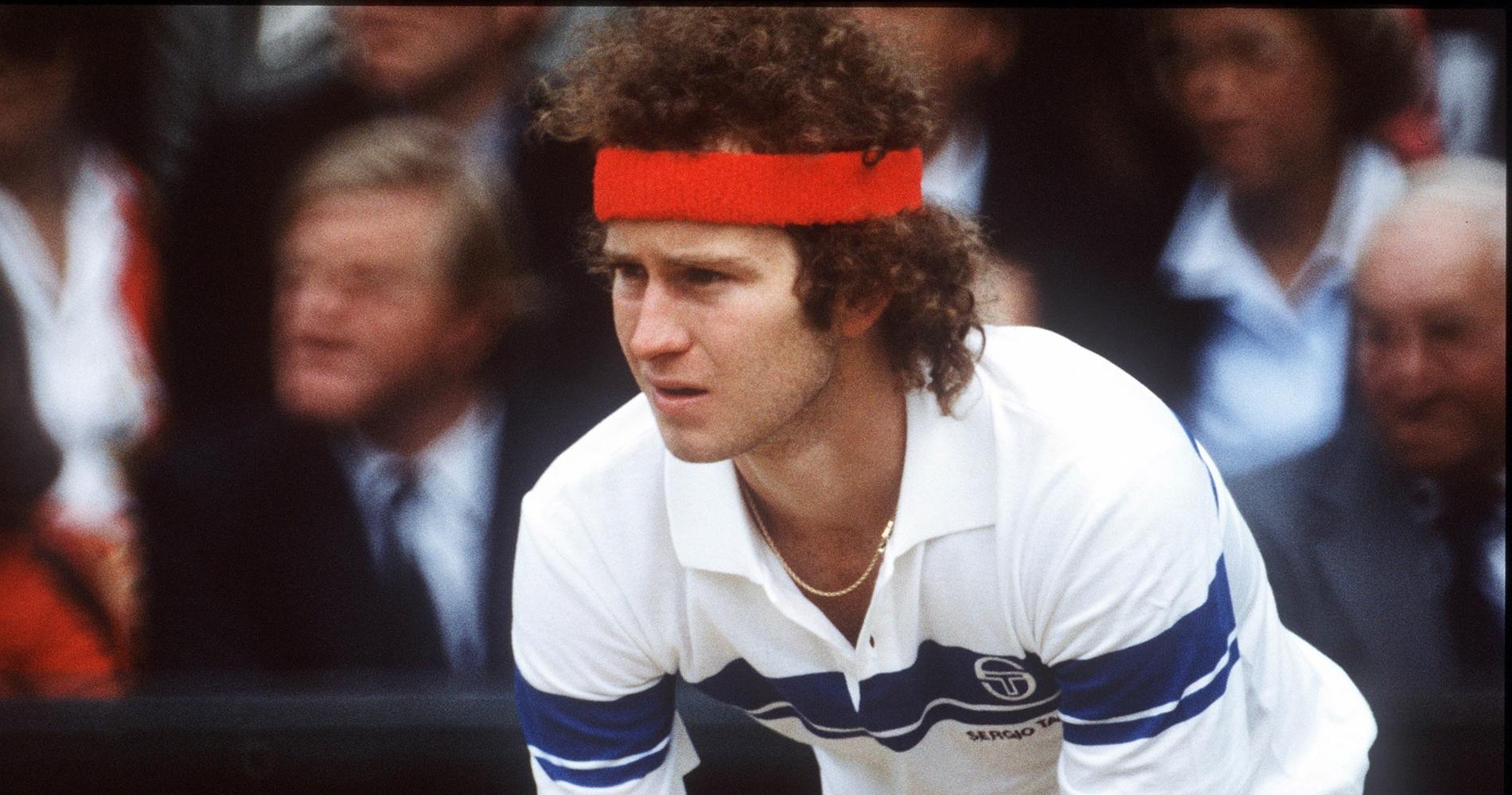 The lefty from New-York had been far from his peak level in the last weeks. In fact, struggling with injuries, he had not played a single match since his concerning loss against Horacio de la Pena in the French Open first round. No one knew what to expect from him on that day, against Becker, who, even if not at his best lately, was still No 4 in the world.

From the very first points, the crowd knew that it was a vintage McEnroe who had stepped on court that day. His footwork was smooth, which helped him approach the net and volley with extreme accuracy. The American took the first set, 6-4.

The drama peaked in the second set, which lasted two hours, 35 minutes, as, in 1987, the tiebreak had not been introduced yet in Davis Cup ties. At 10-9, 0-30 on Becker’s serve, McEnroe missed an easy volley that would have given him three set points to lead two sets to love. Nine games later, it was the German who took the second set, 15-13. According to the Los Angeles Times, Becker later stated that this missed opportunity for McEnroe had been a turning point for him :

“At that moment, I realised pretty much that he was getting shaky. And it made me a little stronger. I knew I was going to put the ball in and he was going to have to make the winners.”

In the third set, although the German dominated, he could not convert any of the numerous breakpoints he obtained, and McEnroe eventually managed to win the set 10-8.

Unfortunately for him, when the match resumed after a 20-minute break following the third set, Boris Becker took a stronger hold on the match. Mac was outplayed in the last two sets, 6-2, 6-2. Germany now led 2-0, and the American team was in what McEnroe called “a very bad situation”. Despite his disappointment, the four-time US Open champion was still pleased with his own performance :

“I gave it all I had, and it was a hell of a tennis match. I wish the results were different, but it’s nice to be a part of a match like that.”

Boris Becker’s adventures in Hartford were not finished after his first day marathon against McEnroe.

On Sunday, McEnroe, still pumped-up while playing under the American flag, would destroy Eric Jelen (7-5, 6-2, 6-1) to level the tie and force Becker into playing the decider against Mayotte.

The German would triumph in five sets (6-2, 6-3, 5-7, 4-6, 6-2), saving Germany’s spot in the World Group. This would have important consequences, as Becker would continue setting amazing Davis Cup records to lead his team to win the competition for the first time in 1988, and then a second time, in 1989.

The Canadian admitted losing from match point up "sucks" but said he was...

With wins for Stefanos Tsitsipas and Daniil Medvedev, the Australian Open men's singles,... 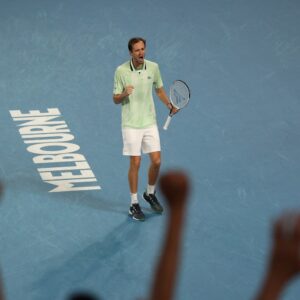 With wins for Iga Swiatek and Danielle Collins, the women's singles semi-final line-up... 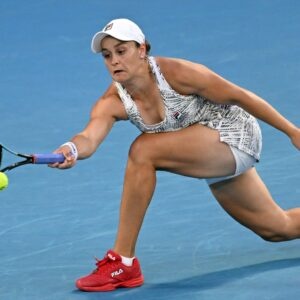 The Russian came from two sets down and saved a match point at... 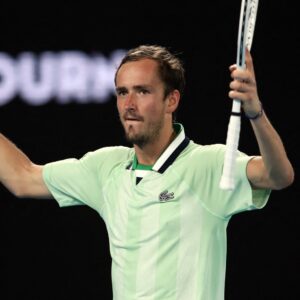 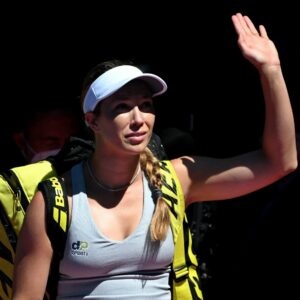