Every day, Tennis Majors takes you back in time to relive a tennis event which happened on this specific day. On June 29, 2012, Roger Federer came back from a two-set deficit to edge Julien Benneteau in the third round of Wimbledon and eventually win his seventh title at the All England Club 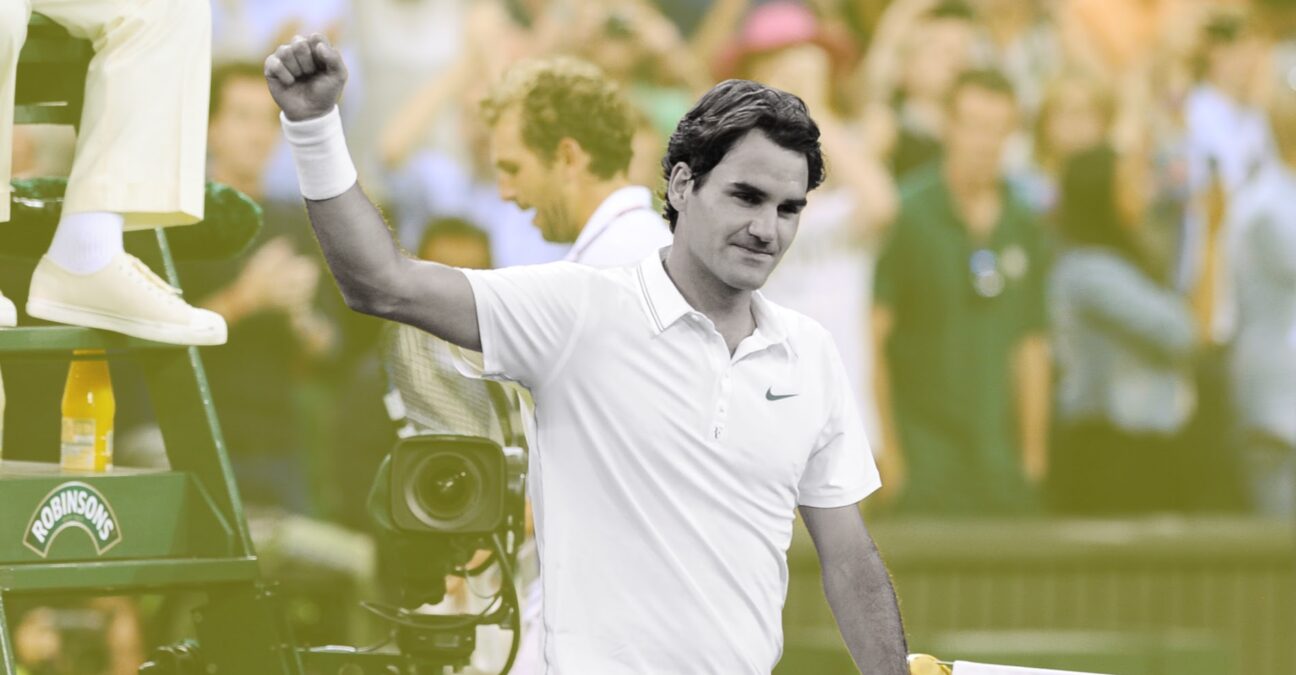 On this day, June 29, in 2012, Roger Federer came back from two sets down against Frenchman Julien Benneteau in the third round of Wimbledon. After three hours and 24 minutes of play, the Swiss eventually prevailed (4-6, 6-7, 6-2, 7-6, 6-1), winning a match after coming back from two-sets-to-love for the eighth time in his career. Federer would then go on to claim his 17th Grand Slam crown, his first success at the All England Club since 2009, and his first major title since the 2010 Australian Open.

Roger Federer, born in 1981, was world No 3 in June 2012. He had dominated the game outrageously in the 2000s, especially between 2004 and 2008, conquering 12 Grand Slam titles before Rafael Nadal challenged him for the world No 1 spot. In 2011, it was Novak Djokovic who became the best player in the world. Federer, who had claimed 16 Grand Slam titles between 2003 and 2010, had not lifted a major trophy since the 2010 Australian Open, two and half years earlier. In the nine previous Grand Slams, he had reached the final only once, at Roland-Garros, and was stopped five times in the semi-finals. Nadal had edged him twice, and Djokovic, four times. It was not long before the media started once again talking about Federer’s decline, although there were still only two players in the world who were better than him.

Like Federer, Julien Benneteau was born in 1981 as well. After entering the top 100 for the first time in 2004, he became a solid top 50 player after reaching the quarter-finals at Roland-Garros n in 2006, where he was defeated by Ivan Ljubicic (6-2, 6-2, 6-3). This remained his best Grand Slam performance, although he reached the fourth round at the French Open in 2008 (defeated by Federer) and at Wimbledon in 2010 (lost to countryman Jo-Wilfried Tsonga). Benneteau had never won a tournament on the ATP tour, but he had finished runner-up six times already, the last time in Sydney at the start of the season. He entered the 2012 Wimbledon draw as world No 32, close to his career best ranking of No 27.

The place: The All England Lawn Tennis and Croquet Club

Wimbledon is the oldest and the most prestigious tennis tournament in the world. Held by the All England Lawn Tennis and Croquet Club since 1877, it moved into its current location in 1922, the same year when the Centre Court was built. Considered by many as the most intimidating court in the world, with its famous Rudyard Kipling quote above the entrance (“If you can meet with triumph and disaster and treat those two impostors just the same”), the Centre Court has seen the best players in the history of the sport competing for the title.

After the US Open switched to clay and then hard court in the 1970s, and after the Australian Open switched to hard court in 1988, Wimbledon remained the only Grand Slam tournament to be played on grass, a surface that is usually more suitable for serve-and-volley players. Not only did Wimbledon retain the grass surface, but it also maintained old-fashioned traditions such as the white dress code.

In his third round of Wimbledon against Benneteau, Federer was by far the favourite. Even if he was not as prominent as he used to be and had not claimed a major title in more than two years, he was still ranked No 3 in the world. A six-time Wimbledon champion, Federer held the record of 16 Grand Slam tournaments won in the last 10 years, while his opponent’s best performance had been reaching the quarter-finals in Roland-Garros, once, in 2006. The only thing that may have bothered him was that Benneteau had prevailed in their last encounter, but that was almost three years ago, at the 2009 ATP Masters 1000 in Paris.

Nonetheless, none of the experts considered the Frenchman as a threat to Federer, except maybe Benneteau himself. The previous day, he had watched the world No 100, Lukas Rosol, as he unexpectedly upset world No 2 Rafael Nadal. Perhaps it helped him to believe that anything could happen. The fact was that Benneteau started the match without any inhibitions, playing an aggressive game, especially with his backhand, while Federer seemed a bit slow-footed. Breaking Federer’s serve at 4-4, the 32nd ranked Frenchman took the first set, 6-4.

The same dynamic went on in the second set, which Benneteau won, 7-3 in the tie-break. Against the odds, Federer was now down two-sets-to-love. Was he going to follow Nadal’s path out of Wimbledon, and suffer his earliest loss in London since 2002?

This was not meant to happen. In the third set, Benneteay’s game did not match up to his level in the first sets, and Federer easily won it by the score of 6-2. In the fourth set, both players held on to their serves, and even if Benneteau was two points away from winning, he was beaten 8-6 in the tie-break. The match was now deadlocked at two sets all.

Federer rushed through the fifth set as the Frenchman was now cramping. Benneteau had missed his opportunity, and soon the six-time Wimbledon champion had eventually prevailed, 4-6, 6-7, 6-2, 7-6, 6-1.

“I fought all the way. Obviously he was hurt in the fifth. The fourth set was so close. Julien was playing amazing tennis. I knew it was going to be difficult. He was making me doubt for most of the match. He was amazing.”, reflected Federer. “But, when you’re down two sets to love, stay calm. Obviously your friends and family are freaking out. You just play point for point. It sounds boring but it’s the only thing to do.”

Benneteau, on the other hand, didn’t want to be overwhelmed by disappointment and praised his opponent. “He’s like a rock. If your level is a little bit lower, he takes the opportunity. On any point against him, you cannot make a mistake. If you do not put the ball in the right place, you lose the point nearly every time.”

What next? Federer goes on to seventh Wimbledon title

At the same time, the Swiss recovered the world No 1 spot for the first time in two years. Five years and two runner-up finishes later, Federer would even break that record by claiming an eighth title at the All England Club, in 2017, defeating Marin Cilic in the final (6-3, 6-1, 6-4).

Federer and Benneteau would face each other again a few weeks after this match, at the Olympic Games. This time, the Swiss would easily prevail, 6-2, 6-2.