March 18, 1984: The day a bomb scare stopped Lendl vs. Connors in Rotterdam

Each day, Tennis Majors takes you back in time to an important moment in the sport’s history. On March 18, 1984, a bomb scare halted the Rotterdam final between Ivan Lendl and Jimmy Connors. It was never resumed. 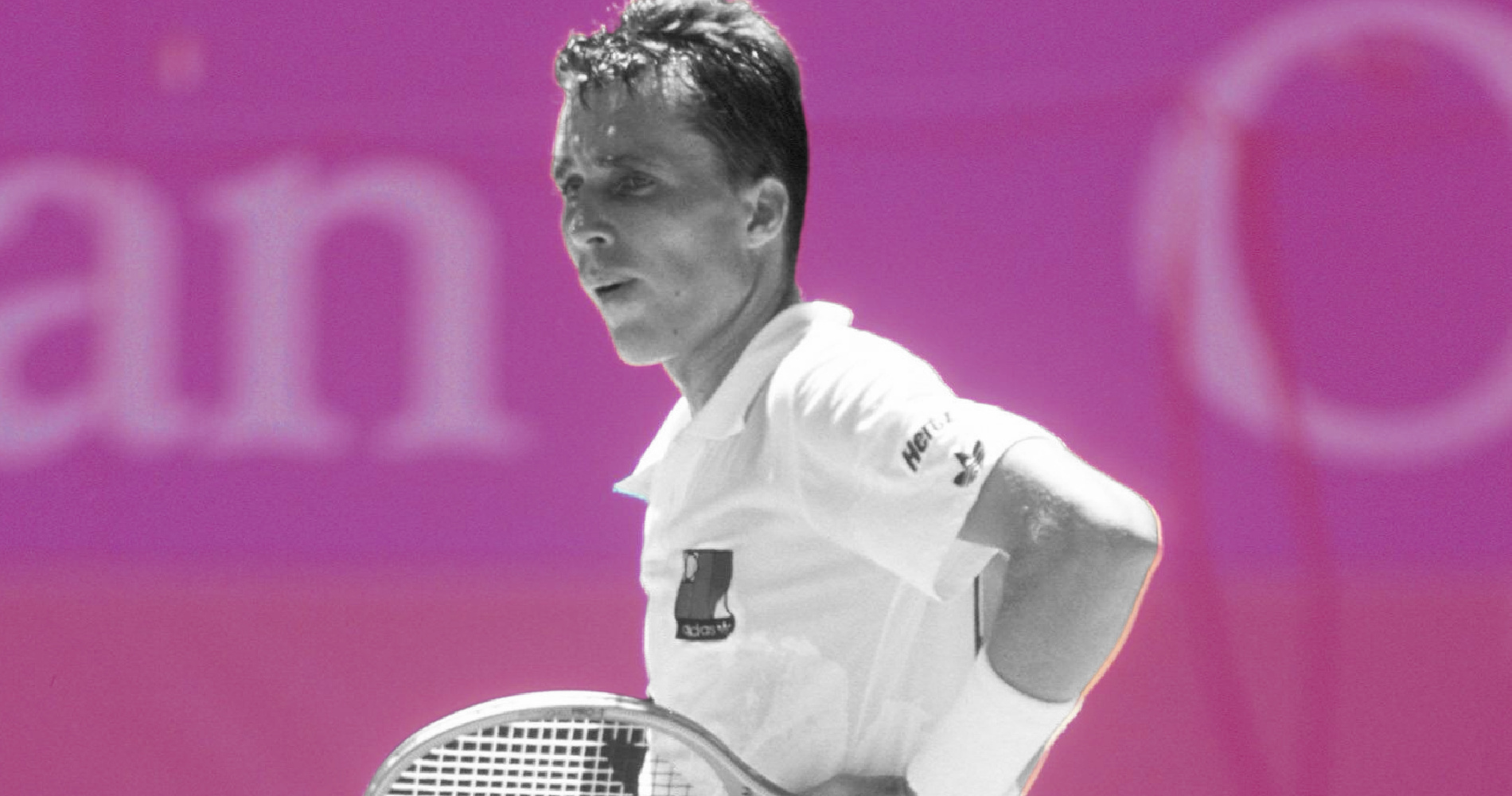 On this day, March 18, 1984, in Rotterdam, the final between Ivan Lendl and Jimmy Connors was stopped by a bomb scare while Lendl was up 6-0, 1-0. In reaction to an anonymous call, the police ordered the evacuation of the arena. Although it was a false alarm, the match was never resumed because Lendl didn’t want to take any risks and refused to get back on court.

Born in 1960, Ivan Lendl was No 2 in the world in May 1983, trailing only John McEnroe. After turning professional in 1978, he had stood as one of the four best players in the world since 1980 along with Borg, McEnroe, and Connors. Although he had already won 39 ATP tournaments, including the Grand Prix Masters in 1981 (defeating Vitas Gerulaitis 6-7, 2-6, 7-6, 6-2, 6-4), he had never claimed a Grand Slam title. In fact, he had been defeated four times in slam finals, including twice by Connors at the US Open in 1982 and 1983. He set new standards in the baseline game with a hugely powerful topspin forehand that allowed him to play aggressively while staying extremely consistent, pushing his opponents into a very tough physical challenge. He also set new standards in work ethic, practicing more than anyone before and paying attention to his fitness and to his diet in a way tennis players were not used to. 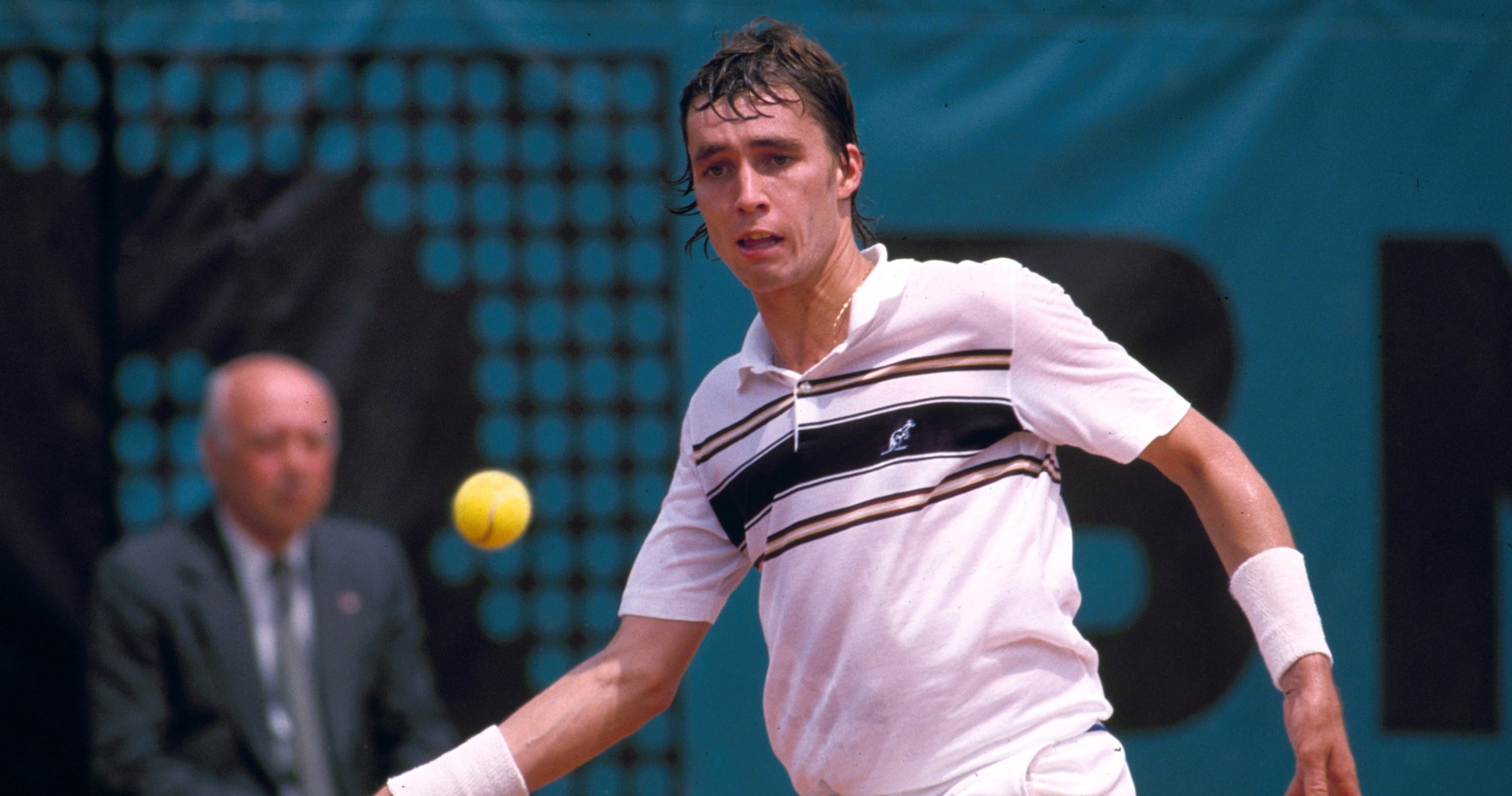 Jimmy Connors, born in 1952, was one of the greatest tennis players of his time. Coached by his mother, Gloria, Connors was one of the first players to hit the ball flat and mainly from the baseline. Taking the ball on the rise, his game would hugely influence future generations of tennis players. “Jimbo” turned pro in 1972 and became world No 1 by 1974. In fact, that year he won three of the four Grand Slams and was not allowed to participate in Roland-Garros because he had signed up for World Team Tennis. He stayed at the top of the ATP rankings for a record of 160 weeks in a row from 1974 to 1977. Losing his throne to Borg on August 23, 1977 for just one week, he reclaimed it for another 84 weeks until the spring of 1979. He had won five Grand Slams titles at that point: the Australian Open (1974), Wimbledon (1974), and the US Open (1974, 1976, 1978). In the years 1979-1981, Connors did not perform as well as in his peak years — failing to reach any Grand Slam final. He made a blistering comeback in 1982-83, becoming world No 1 again by claiming three more Grand Slam titles: Wimbledon in 1982 and the US Open in 1982 and 1983, taking his total of major titles to eight. In March of 1984, he was still ranked a solid No 3. 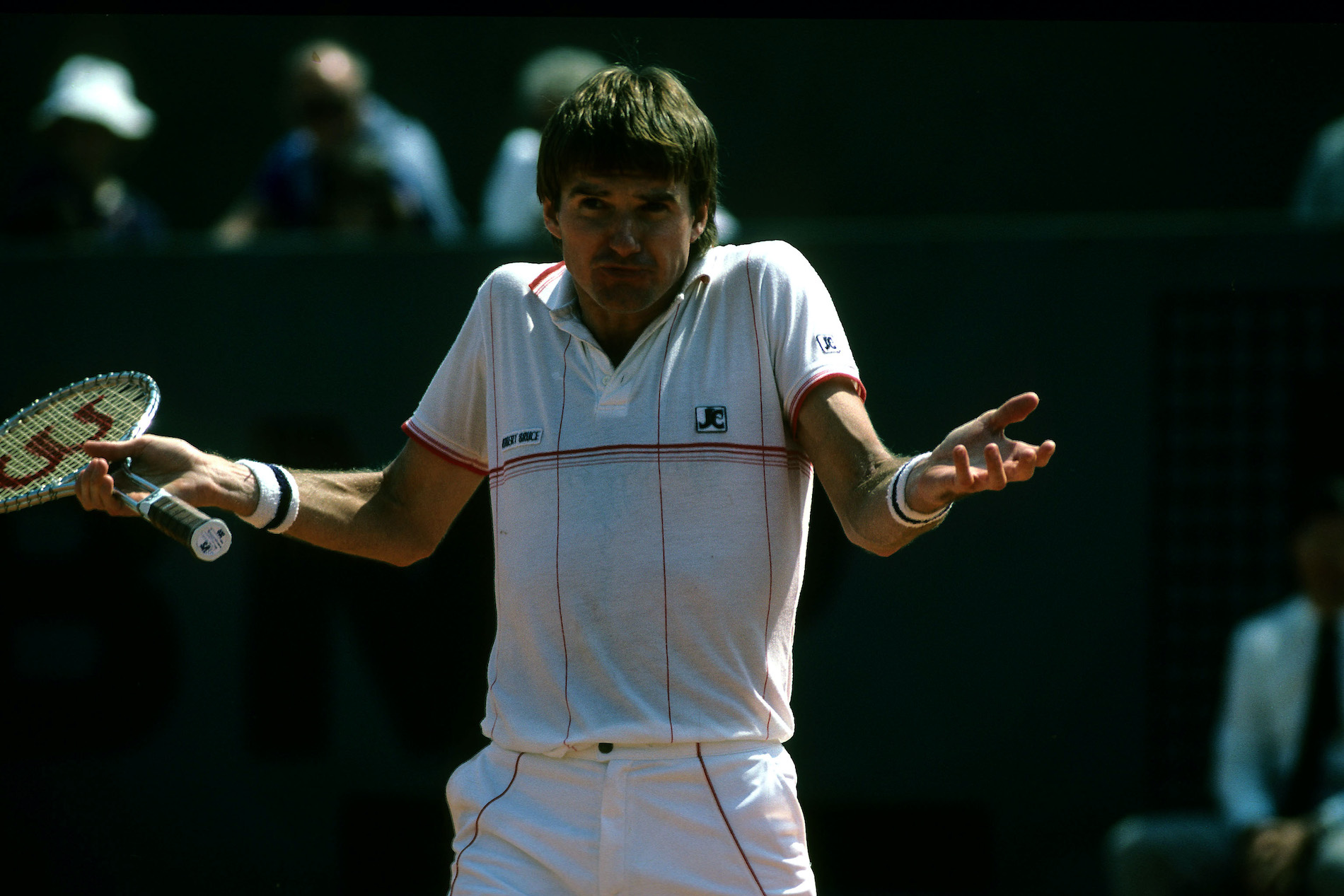 The Rotterdam tennis tournament was established in 1972. Although the first edition was held in November, the event took place every March starting 1974. In 1978, the event became a part of the prestigious Grand Prix, and among the former champions were two of the greatest players of all-time: Jimmy Connors (1978, 1981) and Bjorn Borg (1979).

Ivan Lendl and Jimmy Connors were the main favourites of the 1984 Rotterdam Grand Prix. Ranked No 2 and No 3 in the world, behind John McEnroe, the early years of their rivalry had been heavily dominated by the American. He had won their eight first encounters. Lendl, whom Connors had famously called “chicken” at the 1981 Masters Cup, prevailed a first time at the 1982 Cincinnati event (6-1, 6-1). In major tournaments, however, Connors remained stronger — beating Lendl in the US Open final in 1982 and 1983.

In Rotterdam, Connors made his way into the final without dropping a single set; Lendl, after having cruised through his first rounds, was pushed to a final-set tiebreaker by 18-year-old wild card Stefan Edberg (6-3, 2-6, 7-6). However, the Czech dominated the match from the very start, and — leaving Connors clueless — won the first set 6-0 before breaking his opponent’s serve in the first game of the second set. It was during this changeover that the police ordered the evacuation of the Ahoy Arena; they had received an anonymous phone call from a man claiming to represent an anti-capitalist movement, who said that a bomb had been placed next to the court and was ready to explode. The players as well as the officials and the 5,000 spectators left the premises.

No bomb was found in the end, but after the spectators were allowed to retake their seats in the stands, they had another bad surprise: the match was not going to continue. Tournament director Wim Buitendijk explained that “Connors may have been persuaded to resume the game, but Lendl was not prepared to take any risks.”

According to The New York Times, at Lendl’s demand the prize money was put into a vault until the match could be finished.

According to former doubles star, Peter Fleming, the Czech would always believe that someone from Connors’ team made the phone call to avoid an embarrassing loss. However, there was never any evidence to support that claim. The 1984 Rotterdam final would never be finished, leaving a question unanswered: what to do with the prize money, which had been locked in a vault?

A few weeks later, Lendl would finish the job. In the WCT finals at Forest Hills, he would blank Connors 6-0, 6-0.