May 8, 2005: The day Rafa Nadal won a five-hour thriller against Coria to earn first Rome title

Every day, Tennis Majors looks back to the biggest moments in tennis history. On May 8, 2005, Rafael Nadal won his first title in Rome after a five hour-fight against Guillermo Coria 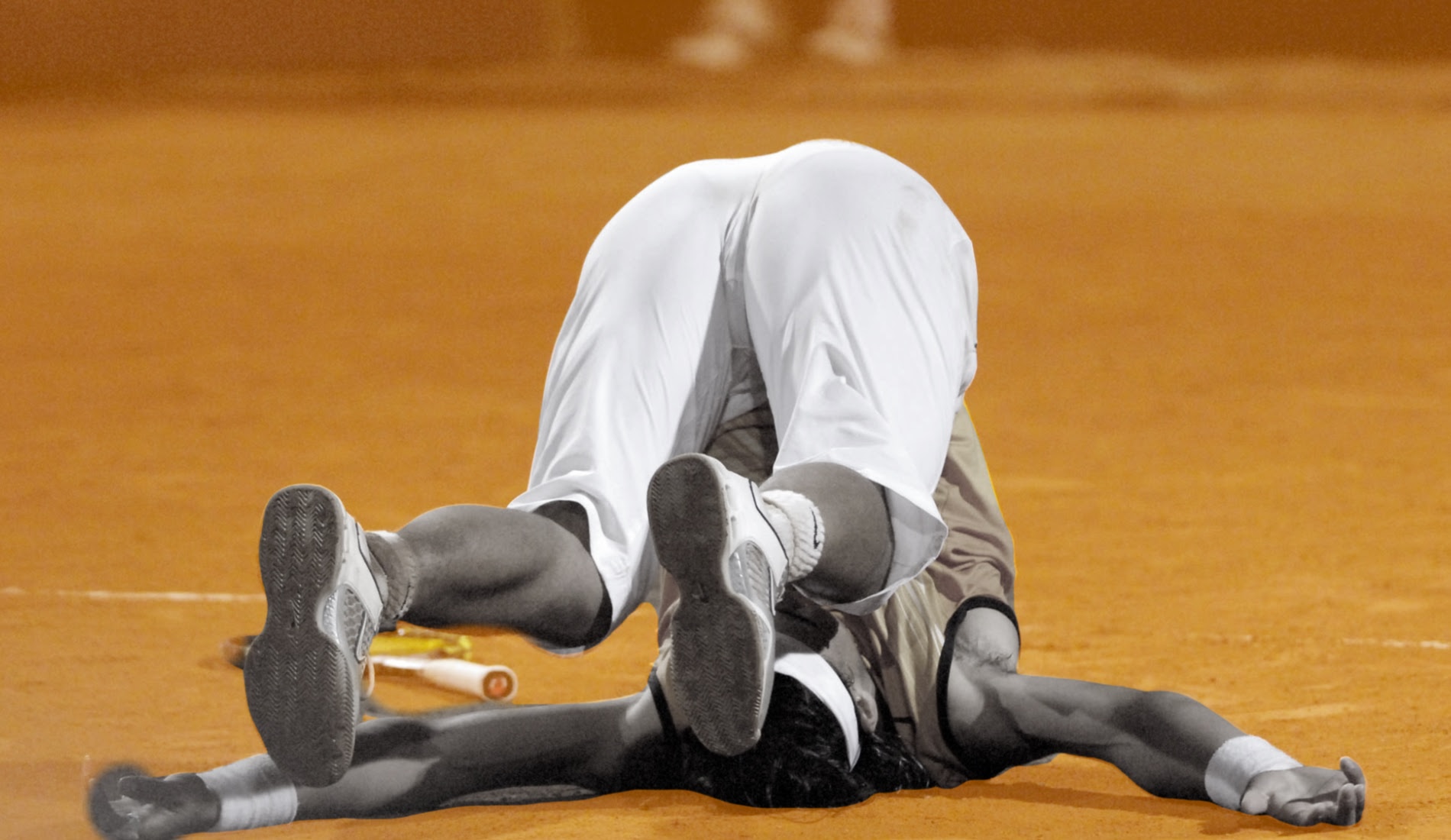 On this day, May 8, 2005, Rafael Nadal prevailed against Guillermo Coria in the Italian Open final, after an astonishing five hour-match, the longest ever ATP final at the time (6-4, 3-6, 6-3, 4-6, 7-6). This epic showdown between the two clay-court experts would be considered as one of the greatest matches ever played on red dirt.

In May 2005, Rafael Nadal was only 18 years old. But witnessing him reach the Rome Masters 1000 final was not a surprise anymore. A few months before, ranked No 31, he had made it to the Miami Open final, where he forced world No 1 Roger Federer to a five-set marathon – eventually losing 2-6, 6-7, 7-6, 6-3, 6-1. Later in April, he claimed his first Masters 1000 tournament, in Monte-Carlo, defeating former Roland-Garros runner-up Coria (6-3, 6-1, 0-6, 7-6). The following week, he remained undefeated in Barcelona, beating Juan Carlos Ferrero in the championship round (6-1, 7-6, 6-3) and entered the top 10 for the first time in his career. In Rome, bursting with confidence, he had continued his winning streak to the final, despite being seriously challenged by fellow Spaniard David Ferrer in the semi-final (4-6, 6-4, 7-5).

Aged 23 and ranked 11 in the world, Guillermo Coria was considered one of the best clay-court players on the tour. At this time, he was even called “the king of clay” by some pundits, after he had reached the final at Roland-Garros the previous year, although he had lost there a dramatic final against Gaston Gaudio, when he blew a two-set lead and two match points (0-6, 3-6, 6-4, 6-1, 8-6). Yet he was still a serious contender for the 2005 Roland-Garros crown. Nicknamed “El Mago” (“The Wizard”), his game relied on amazing footwork, great baseline strokes and outstanding touch. He had only attended three tournaments so far in 2005, and he had shown that his clay-court skills were still sharp by reaching the final in Monte-Carlo where Nadal prevented him from claiming a second title. In Rome, on his way to the final, he defeated his childhood idol Andre Agassi for the second time (7-5, 7-6). 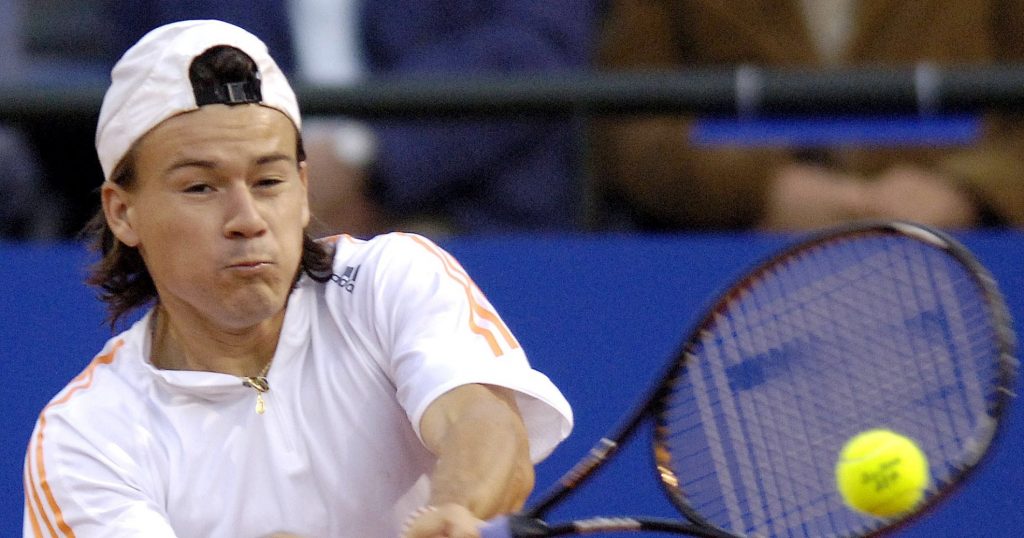 The place: The magnificent Foro Italico

2005 was Rafael Nadal’s first appearance in the main draw of the Italian Open. Guillermo Coria had surprisingly attended the event only twice, his best result being a round of 16th appearance in 2003 (defeated by Ivan Ljubicic, 6-4, 6-3).

Guillermo Coria and Rafael Nadal had just faced each other three weeks before, in the final of the Monte-Carlo, where the Spaniard had prevailed in four sets (6-3, 6-1, 0-6, 7-6). In this first encounter between the two players, after two sets where the Argentinian had seemed confused by Nadal’s topspin and athleticism, the two remaining sets had shown that Coria had the weapons to challenge his opponent. 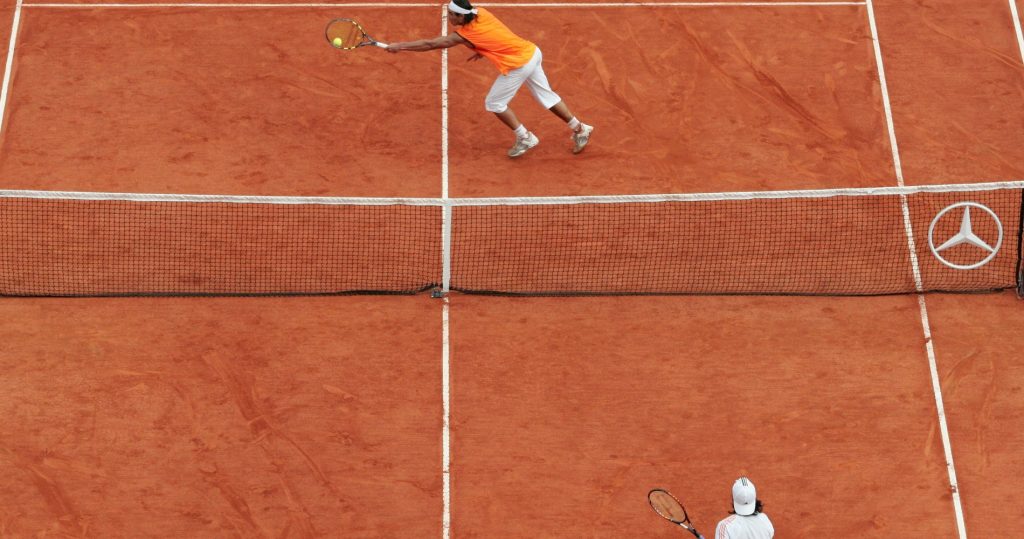 This time, in Rome, Coria knew what to expect from this young left-handed Spaniard wearing an orange sleeveless top, and he had no intention of losing a second time. He had come with a plan. He had already witnessed Nadal’s power and experienced his spin once. He had understood that if he wanted to beat him, he had to step out of his comfort zone. He needed to play more aggressively than ever instead of relying on his defensive skills, and he needed to use his trademark dropshots as much as possible to break Nadal’s rhythm. And that’s what he did.

Rafa also had come out with a plan. His usual plan: to hit as many forehands as possible and to use his spin to exhaust his opponent on his backhand side. On top of that, he had this will not to give away any easy points and to retrieve every single ball. For hours, the Italian crowd witnessed one of the most amazing matches ever played on clay-court. For hours, Nadal and Coria gave their best. They engaged in almost 100 rallies of 10 shots or more, covering every corner of the court. They hit the most delightful drop shots, and they both showed their insane defensive skills. The scenario added to the drama: there were nine breaks made on each side, and the players went as far as producing 11 deuces in a single game (at 5-1 in the third set).

Although Nadal took the lead two sets to one, he started to struggle with blisters on his left hand in the fourth set, which he lost 6-4. The match had started almost four hours ago. The fifth set was about to start.

In the first games, Guillermo Coria seemed to be cruising towards victory. His younger opponent was showing signs of fatigue. The Argentinian broke twice and obtained two game points to seal a 4-0 lead in this last set. Nadal was in a desperate situation, but he kept on fighting and managed to claw his way back into the set, which then went on into a dramatic final tie-break after Coria saved a match point at 6-5.

On such a special occasion, the last tiebreak had to be special as well. The Spaniard, after taking a 5-1 lead, saw his opponent leveling the score to 6-6 after saving two more match points. The fourth match point would be the last. Although Coria had forced Nadal to a spectacular back-to-the net backhand defense, he then pushed his overhead and eventually missed his volley. After 5 hours and 14 minutes, Rafael Nadal could finally lie down on the dirt: he was the new Italian Open champion. He was the new king of clay.

Winning at Monte-Carlo had made Rafa Nadal a contender for the French Open crown. Claiming the title in Rome made him the favourite. He had shown not only resilience, but an amazing level of play to edge Guillermo Coria that day. Soon, he would win the first of his twelve Roland-Garros crowns, beating Mariano Puerta in the final (6-7, 6-3, 6-1, 7-5). His winning streak on clay would go as far as 81 wins, only to come to an end two years later, in 2007, against Roger Federer in the final of the Hamburg Open. The Spaniard would hold a record in Rome by claiming as many as nine titles at the Foro Italico. Quite simply, he would become the greatest clay-court player of all-time. 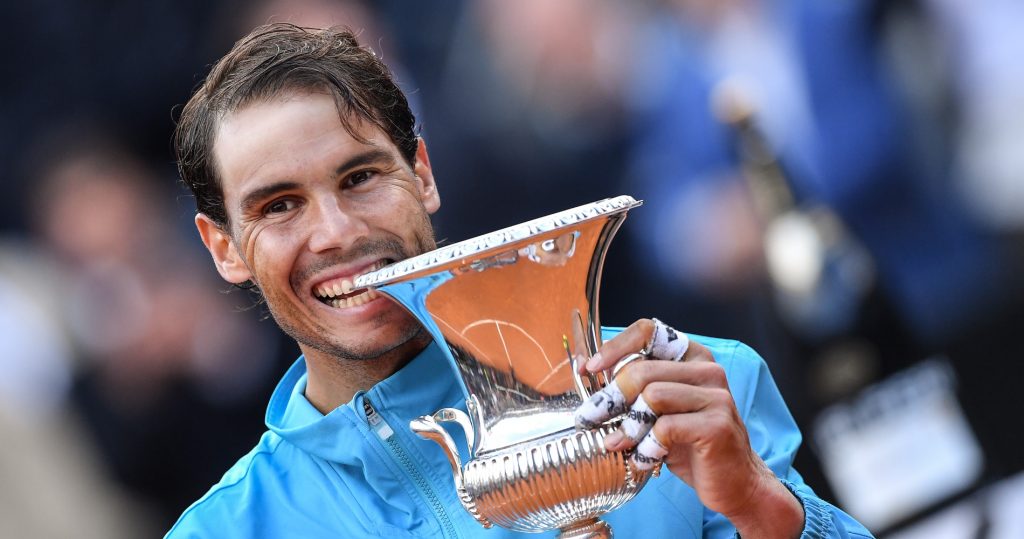 Guillermo Coria, the second favourite after Nadal in Roland-Garros, would fall as early as the round of 16 against Nikolay Davydenko (2-6, 6-3, 7-6, 6-2). He would never win a match at the French Open again. Later in 2005, he would reach the same round of 16 at Wimbledon (losing to Andy Roddick, 6-3, 7-6, 6-4) and the quarter finals at the US Open (defeated by Robby Ginepri, 4-6, 6-1, 7-5, 3-6, 7-5). In September, he would cross paths a third time with Rafael Nadal in the Beijing final and the Spaniard would prevail again (5-7, 6-1, 6-2). From this time, after a shoulder injury, Guillermo Coria would face issues with his serve, serving sometimes as many as 20 double faults in one match, with an average of 11.5 double faults per match. These issues would prevent him from performing at the highest level and would ruin his career. After 2005, he would only participate in three Grand Slam tournaments, the Australian Open and the US Open in 2006, and Roland-Garros in 2008, his best result being a third round in Melbourne. He would announce his retirement from professional tennis in 2009.