May 5 2005 : The day Andy Roddick’s sportsmanship cost him a win

Every day, Tennis Majors takes you back in time to relive a tennis event which happened on this specific day. On May 5, 2005, Andy Roddick lost a match he had almost won after he overturned a call on match point that would have given him victory over Fernando Verdasco 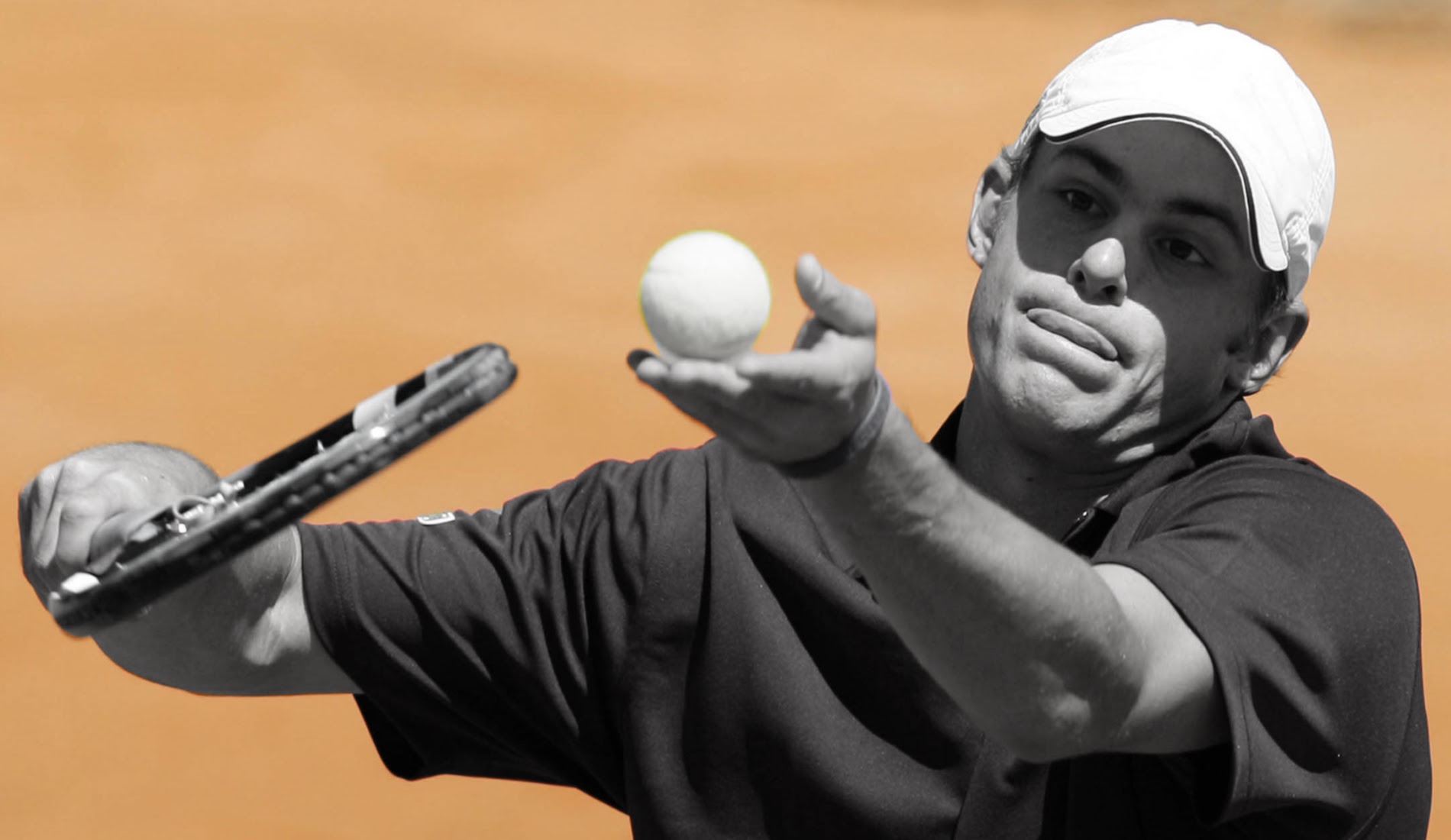 On May 5, 2005, in Rome, Andy Roddick lost a match he had almost won. In a commendable act of sportsmanship, he overturned a call on match point that would have given him victory over Fernando Verdasco, of Spain. Unfortunately, his act of fair play backfired and ended up losing the match 6-7, 7-6, 6-4.

Andy Roddick was born in the United States in 1982. He had been world No 1 in 2003, his best year on the tour, during which he won the US Open, where he defeated Spaniard Juan Carlos Ferrero in the final (6-3, 7-6, 6-3). With Roger Federer fast becoming the new leader on the tour, he could not enjoy the top spot for very long. But in May 2005, he was still ranked No 3 and had started the season with a promising semi-final run at the Australian Open, where he lost to Lleyton Hewitt, of Australia (3-6, 7-6, 7-6, 6-1). His biggest weapon was undoubtedly his massive serve; at the time, his 155 mph thunderbolt in a Davis Cup tie against Vladimir Voltchkov, of Belarus, in 2004 stood as the fastest serve in history. He also had a powerful forehand and displayed great athleticism and fighting spirit on court.

Although he was playing well on the green American clay, known as Har-Tru (Roddick won the title in Houston that year), he was not as comfortable on the red clay of Europe, where his serve was not as lethal. His best result at Roland-Garros, to that point, had been a third-round showing in 2001.

Fernando Verdasco – the world No 56

Fernando Verdasco, born in 1983, was ranked No 56 when he arrived in Rome in 2005. Although he had never performed particularly well at any of the four Majors, the left-handed Spaniard was already considered as a dangerous player. In 2004, he had shown the damage he could do with his tremendous forehand, winning the title in Valencia without dropping a set, a run which included a 6-1, 6-2 win over Ferrero, the 2003 Roland-Garros champion. 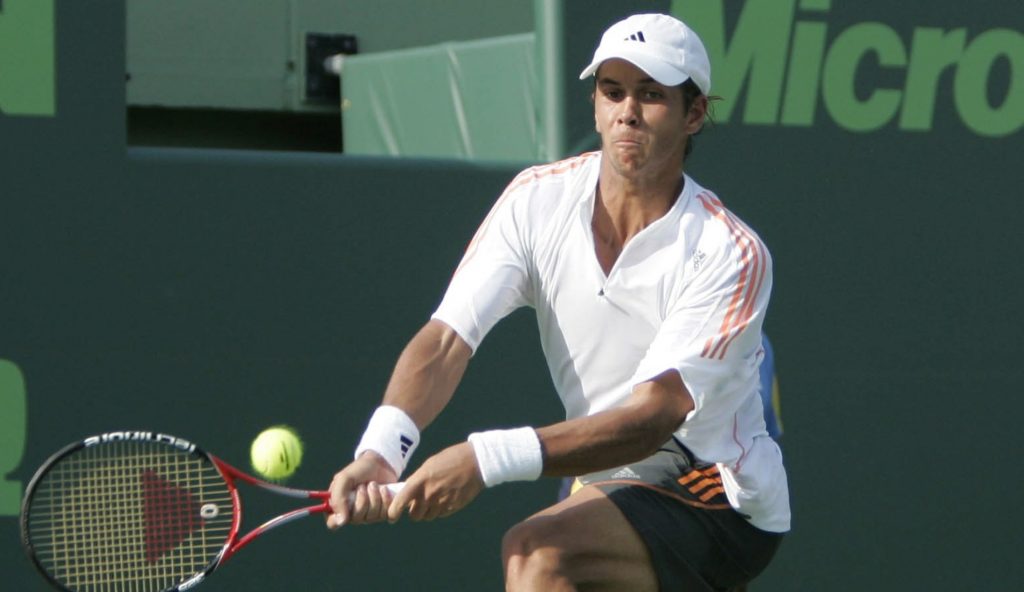 The two players had already faced each other twice in 2005, both times on hard court. The first encounter saw Roddick pinch a 6-3, 3-6, 7-6 victory in Indian Wells but in the very next tournament, in Miami, Roddick had to retire due to a wrist injury while trailing 7-6, 4-3.

The Italian Open had been held in Rome since 1935, at the Foro Italico, a massive sporting complex originally designed to support an Italian bid to host the 1940 Olympics. One of the Masters 1000 series events, it is still one of the most prestigious clay-court tournaments in the world. Almost all of the best players in history have set foot on the courts of the famous Stadio del Tennis di Roma venue.

Roddick enjoyed playing in Rome and made it to the semi-finals there in 2002 but lost in the second round in 2003 and in the first round in 2004, while Verdasco had never played in the main draw before. 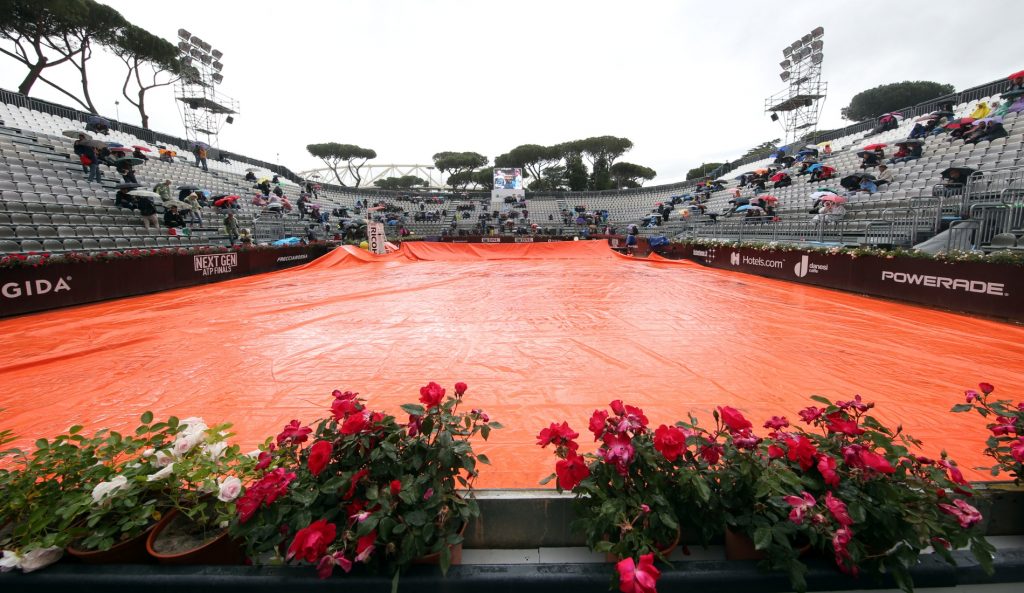 In the round of 16, Roddick was leading 7-5, 5-3 against Verdasco and the Spaniard was in a desperate situation, down 0-40 on serve, facing three match points. He had just missed his first serve and decided to take a risk on his second. The ball was called out. Double fault. Game, set, match, Roddick.

Both players started to walk towards the net as to shake hands, but “A-Rod” was actually looking closer at the mark. Although the umpire was showing no intention of checking the mark on the clay, Roddick was adamant, Verdasco’s second serve was in. The ball had just nicked the line. The American then wiped the mark with his foot and went back to his return position, acknowledging the spectators’ applause.

Verdasco, back from the dead, saved two more match points to get back to deuce. Still, Roddick had a fourth match point opportunity, but the Spaniard dismissed it with a backhand winner. A forehand winner and an amazing backhand passing shot gave Verdasco the game and the battle was on again.

In the next game, obviously distracted by the turn of events, Roddick misjudged a floating defensive shot from Verdasco at the net on break point and instead of smashing it, he let it pass and it bounced in, pulling Verdasco back on level terms at 5-5.

Pumped up by this incredible turnaround, Verdasco was suddenly in the zone, blasting winners in every direction until he eventually won 6-7, 7-6, 6-4, snatching victory in a match he would have lost an hour beforehand, had it not been for Roddick’s incredible act of sportsmanship.

Verdasco would fall in the next round

According to Eurosport.com, Andy Roddick did not seem particularly down about what happened when he held his press conference shortly after the match. He also did not take much credit for his sportsmanship.

“Maybe I should have stood on the mark,” Roddick joked with reporters. “I don’t think I did anything extraordinary, the umpire would have come down and said the same too. I just saved him the trip.”

Verdasco went on to lose in the next round against Guillermo Coria, from Argentina, 3-6, 6-3, 6-3. Rising up the rankings in the following years, Verdasco entered the top 10 in 2009, the year he played an epic semi-final at the Australian Open against Rafael Nadal.

Roddick never claimed a major title on European clay and his best effort at Roland-Garros came in 2009 when he made the last 16. However, he reached the final at Wimbledon three times and a second US Open final in 2006, only to be beaten by Federer each time. He retired in 2012.