An era of dominance ended on this day in 1999. Find out what happened. 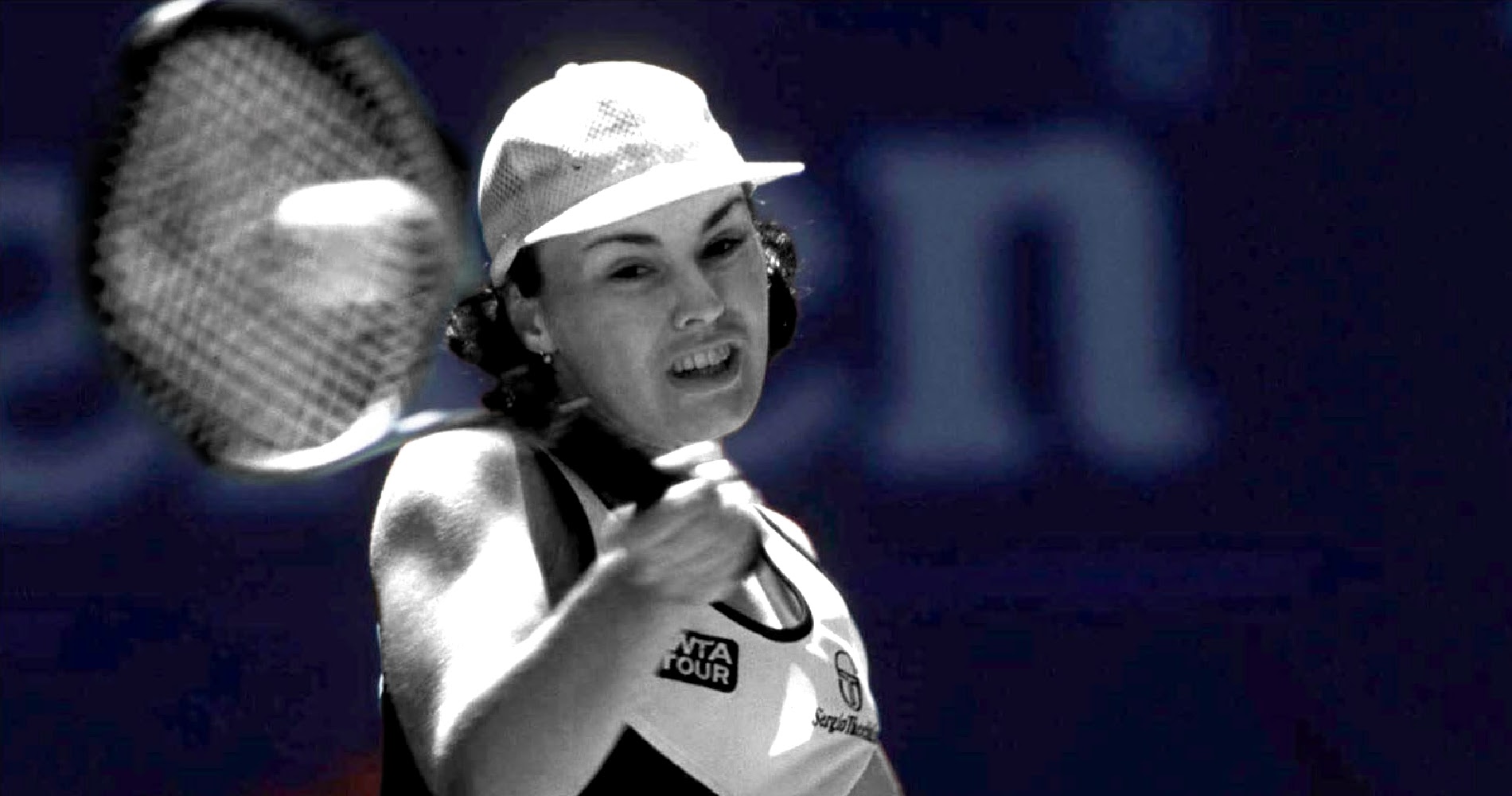 On this day, November 21, 1999, Lindsay Davenport defeated Martina Hingis (6-4, 6-2) in the final of the Chase Championships, the women’s Masters Cup. This match was a symptom of Hingis’ struggles against an upcoming generation of very powerful players; in fact, one can say that at that point, her domination was over. The Swiss Miss, aged only 19, had already claimed five Grand Slam titles, but she would never manage to lift a major trophy in the 2000s, despite three consecutive finals lost at the Australian Open (2000-2002).

Lindsay Davenport was born in 1976. She turned professional in 1993, and during that season, she claimed her first title at the European Open, in Switzerland, she reached the fourth round at the US Open, and she beat Gabriela Sabatini, world No 6, in Philadelphia (6-4, 6-2), finishing the year as world No 20. The Argentinian described Davenport’s game style with simple words: “She likes to hit the ball hard into the corner. Very, very hard.” 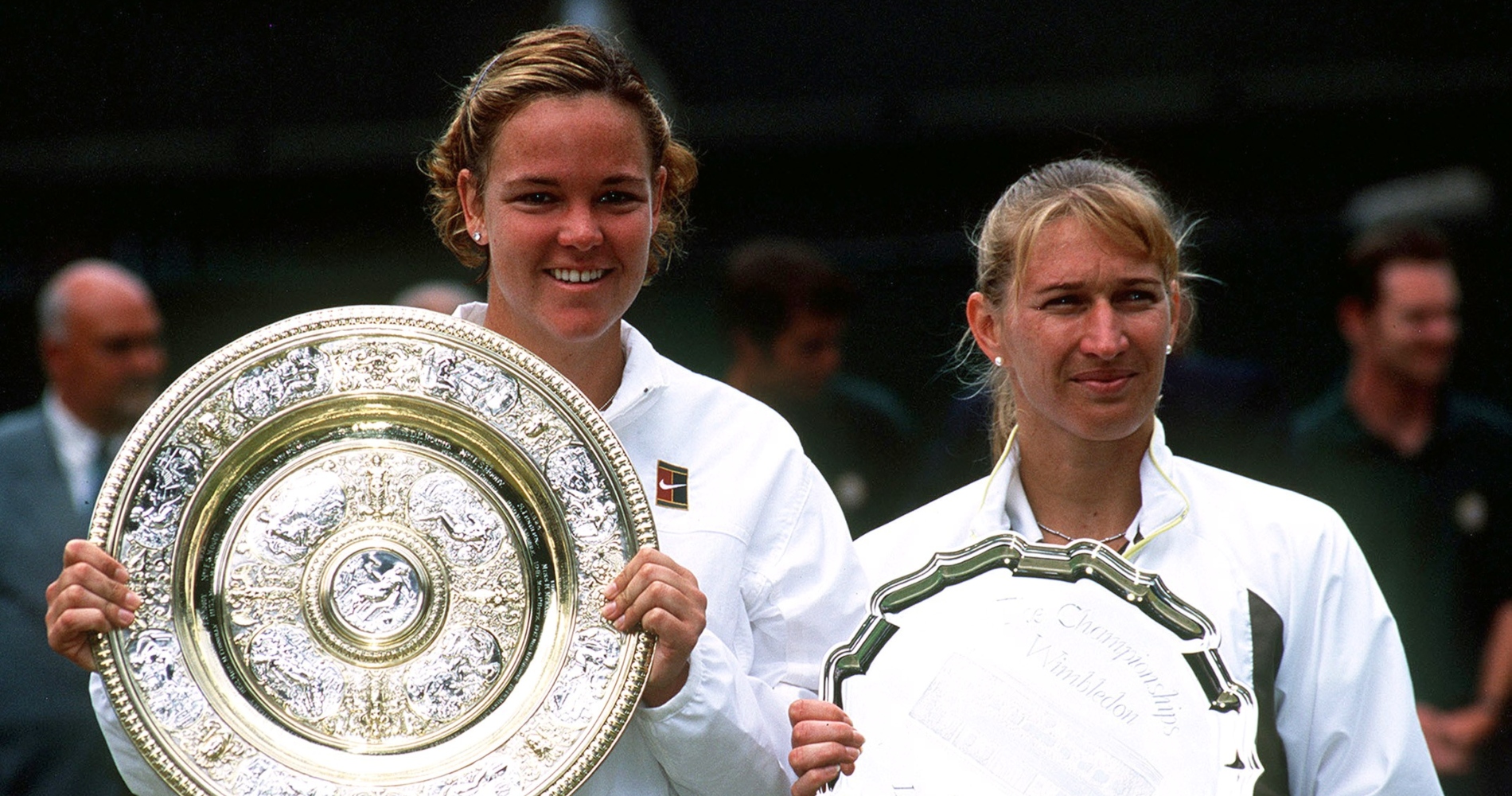 In 1994, she entered the top 10 and finished runner-up at the Masters Cup (defeated by Sabatini, 6-3, 6-2, 6-4), but in 1995, disturbed by family issues, she suffered physically and failed to remain a top 10 player. The following year, she worked a lot on her physical condition, and she claimed her biggest title at the time at the Olympic Games, in Atlanta, where she defeated Arantxa Sanchez in the final (7-6, 6-2). In 1997, she won no less than six tournaments, including the Indian Wells Open, and she reached the semi-final at the US Open, beaten by Martina Hingis (6-2, 6-4). In 1998, she took her career to the next level,  reaching the semi-finals at both the Australian Open (defeated by Conchita Martinez, 4-6, 6-3, 6-3) and Roland-Garros (lost to Arantxa Sanchez, 6-3, 7-6), before claiming her first Grand Slam title in New York where she beat Hingis in the final (6-3, 7-5). Soon after this triumph, she reached world No 1 for the first time. In 1999, she won a second major tournament at Wimbledon, outplaying Steffi Graf in the final (6-4, 7-5). In November, she was world No 2.

Martina Hingis was born in September 1980, and her mother Melanie Molitor named her after tennis champion Martina Navratilova. Taught by her mum, she soon became a real prodigy, winning the junior event at Roland-Garros at the age of 12. She started competing on the tour at 14, but she was allowed to attend only 15 tournaments before the age of 16, a rule she protested against:  “How can I enter the top 10 like that?”

Her game relied on an extraordinary hand-eye coordination, great tactics, amazing touch, and great anticipation. In her early career, she was still said to lack power and a decent second serve. Her breakthrough year was 1996. After defeating the undisputed world No 1, Steffi Graf, at the Italian Open in May, she reached the semi-final at the US Open, where Graf beat her 7-5, 6-3, and she finished runner-up at the US Open (defeated by Graf, this time in five sets, 6-3, 4-6, 6-0, 4-6, 6-0). Three months after her 16th birthday, she was already the sixth-ranked player in the world, and in January 1997, she became the youngest Grand Slam champion in tennis history, defeating Mary Pierce in the final (6-2, 6-2). In the following months, she claimed no less than eight titles, including Wimbledon (beating Jana Novotna in the final, 2-6, 6-3, 6-3) and the US Open (defeating Venus Williams, 6-0, 6-4), and she reached the Roland-Garros final (lost to Iva Majoli, 6-4, 6-2). These outstanding results made her the youngest player to have ever reached world No 1, in March, aged 16 years and three months.

In 1998, in Melbourne, she added a fourth Grand Slam crown to her list of achievements, but in the following months, she failed to reach a major final until the US Open, where she finished runner-up to Lindsay Davenport (6-3, 7-5), and she temporarily lost the No 1 spot. In 1999, she won the Australian Open for the third time, but she suffered a dramatic loss against Steffi Graf in the Roland-Garros final (4-6, 7-5, 6-2), which left her so shattered that she lost in the first round at Wimbledon. She recovered during summer, and at the US Open, she finished runner-up to Serena Williams (6-3, 7-6). In November, she still held the No 1 spot. 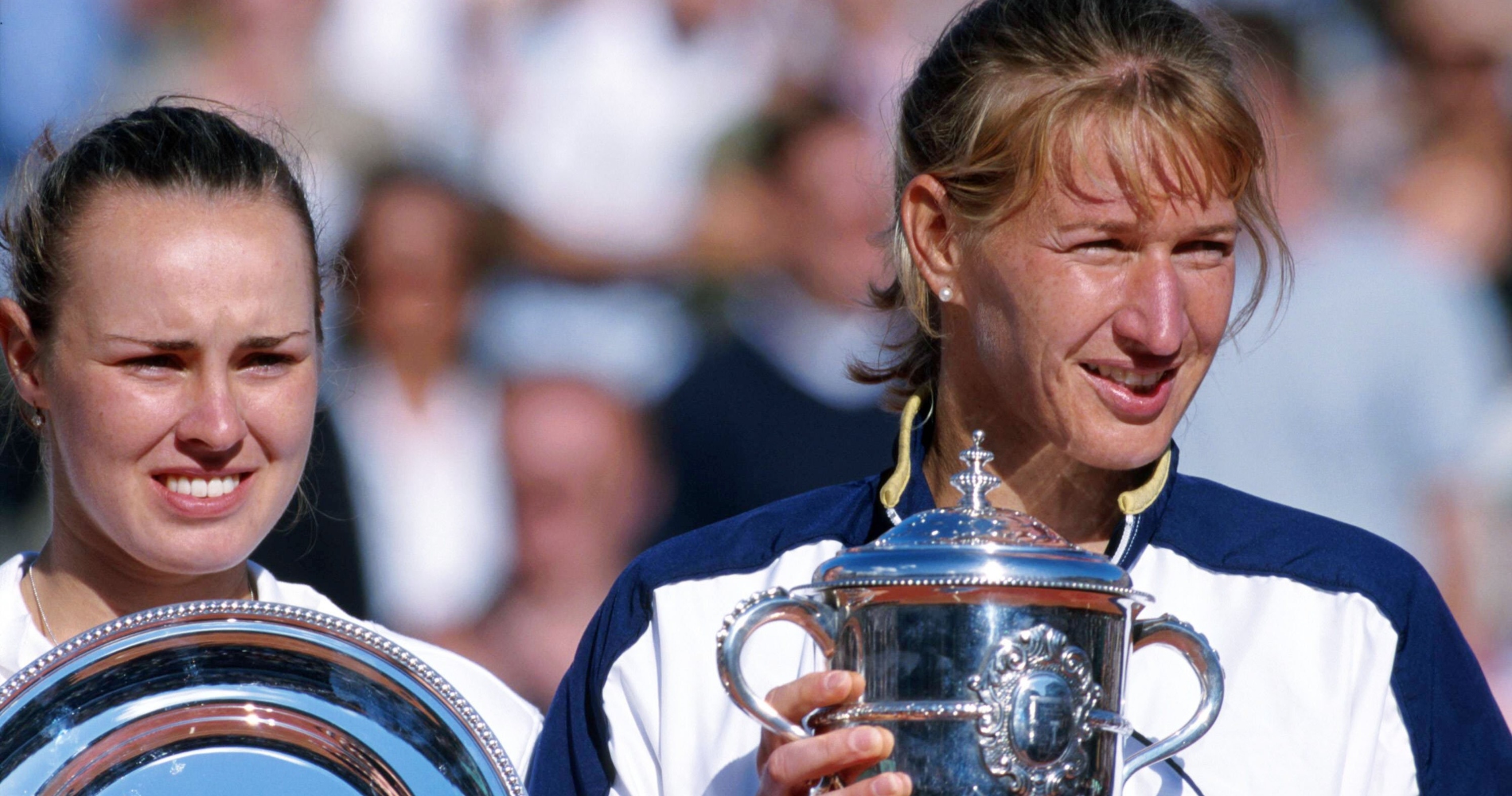 The women’s Masters Cup, known as the Virginia Slims Championships, was originally founded in 1972. Its first edition was held in Boca Raton, Florida, and the tournament moved to Los Angeles and Oakland before eventually settling down in New York in 1979. The venue of the event was the famous Madison Square Garden, where 18,000 spectators could be hosted. In 1994, the first 16 players in the world qualified for the Championships, and, unlike in modern days, there was no round robin. From 1984 to 1998, it was the only tournament on the women’s tour where the final was played under a best-to-five set format, but that rule was abandoned in 1999. Navratilova, who had triumphed eight times, held the record of the most titles conquered at the Championships.

Since then, the two women had been fiercely competing for the top spot, which they exchanged no less than three times throughout 1999. They were on different dynamics, though. While Davenport had confirmed her status with a second Grand Slam crown earned at Wimbledon, Hingis had known several disappointments since her triumph at the Australian Open. In June, she lost a heartbreaking final against Steffi Graf in Roland-Garros, and, after a first-round loss at Wimbledon, she was defeated by a new rival, Serena Williams, in the US Open final.

Despite their rivalry, Hingis and Davenport had formed a united front against the rising Williams sisters. They were more irritated by Richard Williams than by his daughters, though, and they felt like they had to resist the rise of the Williams sisters.

”It’s nothing personal against them,” said Davenport, according to The New York Times., ”because we know most of the talk is stirred up by their father. But we always do want to make a point: that we’re 1 and 2, not them, and right now we’re the ones to beat.”

The final between world No 1 and world No 2 was eventually one-sided. Davenport prevailed in only sixty-one minutes, 6-4, 6-2, dropping only four points on her serve.

“I went for it today, something I don’t think I did last year,” Davenport said. “So when I woke up today I just wanted to go for my shots, go for my winners and be the one who was dictating, and was able to do it all. Fortunately, it was a day where more of them went in than went out.”

Despite her loss, Hingis was guaranteed to finish the year as world No 1, but, with three losses in major finals in one season, her domination was now being more than challenged. Even more concerning, with her game relying on a great touch and on great tactics, she seemed overpowered by players like Davenport or Serena Williams.

A few months later, Davenport would beat Hingis again in the final of the Australian Open (6-1, 7-5).  In 2000, they would exchange the world No 1 spot four times again.

Hingis would finish runner-up two more times at the Australian Open, but, struggling to absorb the power of players like the Williams sisters, Davenport or Jennifer Capriati, she wouldn’t be able to triumph in a Grand Slam tournament again.