On November 7, 1999, Andre Agassi emerged victorious from a breathtaking final against Marat Safin at Paris-Bercy (7-6, 6-2, 4-6, 6-4). From then on assured of remaining world number 1 until the end of the season, the American also became the first player to win this tournament after having triumphed at the French Open the same year. 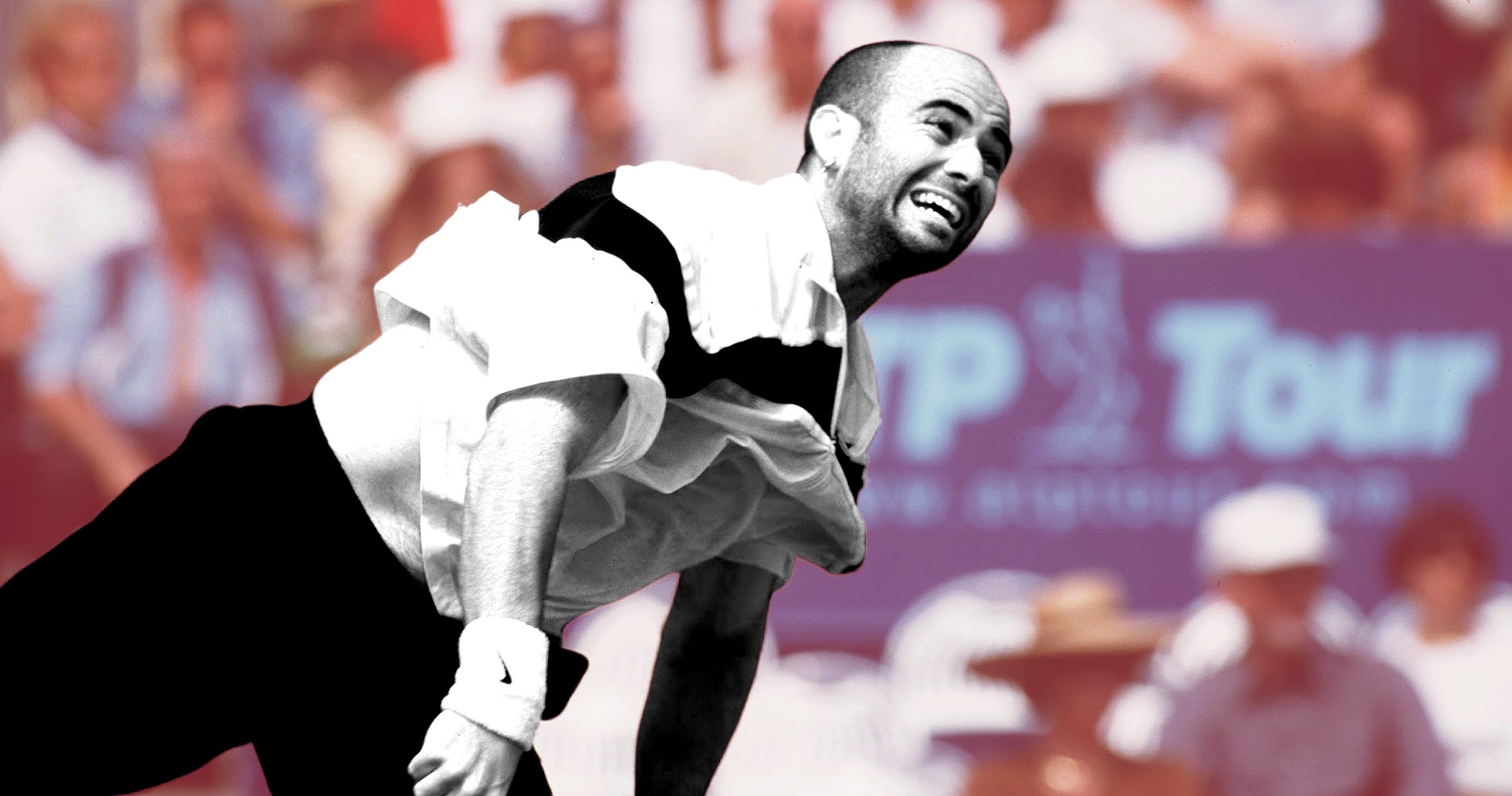 On this day, November 7, 1999, Andre Agassi defeated Marat Safin in the final of the Paris Masters 1000 (7-6, 6-2, 4-6, 6-4). With this success, the American, who had already triumphed at both Roland-Garros and the US Open, secured the year-end world No 1 spot. He also became the first player to achieve the feat of winning both Paris tournaments (Roland-Garros and Bercy) the same year, a feat that only Novak Djokovic would achieve afterwards, in 2016.

Andre Agassi, the “Las Vegas Kid”, was also a tennis legend. He had turned professional in 1986 and he has soon become one of tennis’ biggest superstars, thanks to his amazing tennis skills but also to his interesting outfits, including the iconic denim shorts and the pink bike shorts (worn as underlayer).Taught by his father and bred at the Nick Bollettieri Academy, his game relied on a great return (the best of his time) and on hitting the ball on the rise on both sides with incredible power, which was revolutionary at the time and then copied by generations of tennis players. After finishing runner-up three times, once at the 1990 US Open and twice in Roland-Garros (1990 and 1991), he claimed his first Grand Slam tournament at Wimbledon in 1992, defeating big server Goran Ivanisevic in the final (6-7, 6-4, 6-4, 1-6, 6-4). This title was followed by the 1994 US Open and the 1995 Australian Open, the only time he beat his eternal rival, Pete Sampras, in a Grand Slam final (4-6, 6-1, 7-6, 6-4). 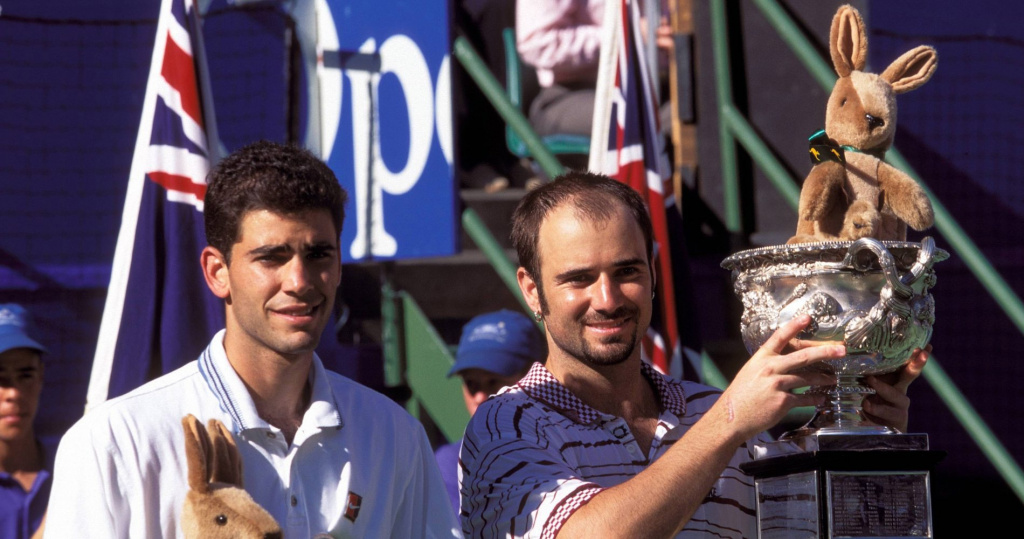 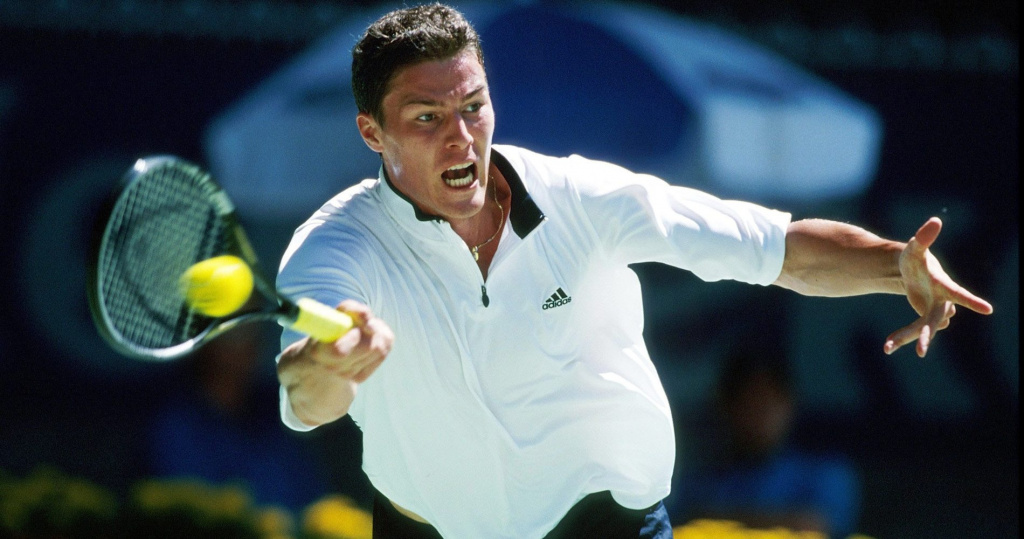 The Paris-Bercy Open was held for the first time in 1986, at the Palais omnisports de Paris-Bercy, which had been unveiled in 1984, and had a capacity of 15,000 spectators. It replaced the former Paris Indoor Open, which was held from 1969 until 1982 at another venue, the Stadium Pierre de Coubertin. In 1990, it entered the Super 9 category (later known as Masters 1000), and it was probably the most prestigious indoor event at the time. The tournament had been won by numerous tennis stars, such as Boris Becker (1986, 1989, 1992), Stefan Edberg (1990) or Pete Sampras (1995, 1997). Andre Agassi had already triumphed there in 1994, a few months after his first US Open title.

Since his triumph at Roland-Garros, in early June, Andre Agassi seemed to have started a whole new career. The “Las Vegas Kid”, who had hit rock bottom two years before, at the end of 1997, when he was No 141 in the world, had reclaimed the No 1 spot, three and half years after his last appearance on top of the rankings, in February 1996. Runner-up at Wimbledon, he had triumphed at the US Open and was now aiming for the year-end No 1 spot.

Although his opponent in the final, Marat Safin, was only 19 years old, Agassi already had a revenge to take upon him : in the first round of the 1998 French Open, the Russian had made himself famous to the general public by defeating him in five sets.

The final started at a very high pace. Both players stuck to their baseline and, hitting as hard as they could, engaged in spectacular rallies. Although the young Russian broke Agassi’s serve in the third game, he was broken back in the following game. The most experienced player eventually won the first set, 7-6.

Safin, who was already known for his temper and his tendency to break rackets, collapsed in the second set, which he lost 6-2, but in the third set, he gathered himself together and fought back vigorously. The youngster took the third set, 6-4.

In a very close fourth set, Agassi took the lead, 3-1, but he was broken back and Safin leveled the game to 3-3. Eventually, the US Open champion raised his level when it mattered the most to seal his victory, 7-6, 6-2, 4-6, 6-4. He was the first player to triumph at both Roland-Garros and Bercy the same year.

“I’ll never forget the year I had in Paris in 1999”, said Agassi to the French crowd. “All the support I received from the public made me feel like I was paying in my own country. In 2000, when I come back, I should have learned a few words in French.”

“I thought we were both outstanding today,” Agassi said in the press conference. “He kept it together very well today and made me earn it from start to finish.” 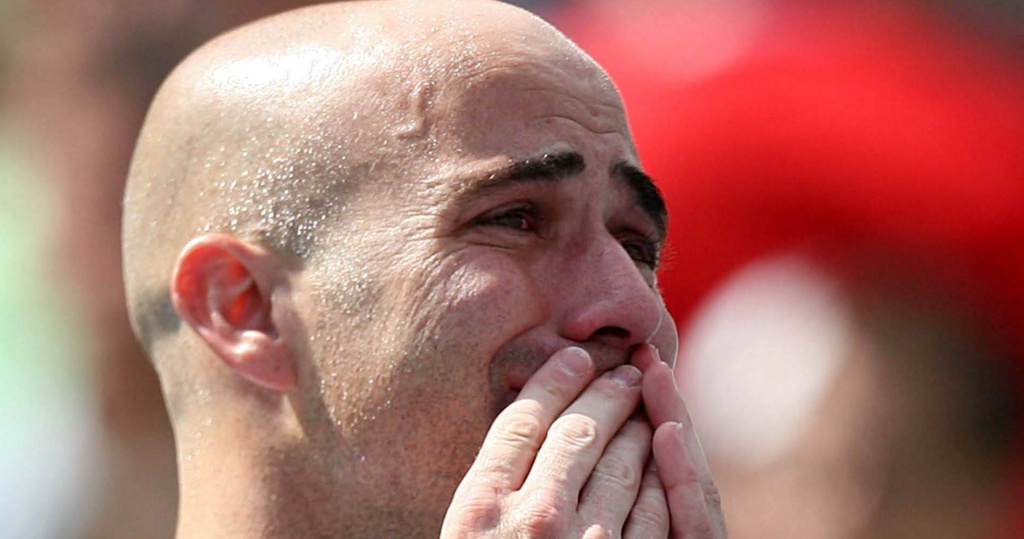