Every day, Tennis Majors takes you back to one of the most iconic moments in tennis history. On October 15, 1972, Stan Smith led the United States to victory over Romania in Bucharest in one of the most contentious Davis Cup finals ever played.

On this day, October 15, 1972 in Bucharest, Stan Smith overcame terrorist threats, dishonest linesmen and Ion Tiriac’s tricks, to beat the Romanian (4-6, 6-2, 6-4, 2-6, 6-0) and seal the United States’ victory in the Davis Cup. The entire final, because of its political context and its incredible scenario, is considered as one of the most memorable moments in Davis Cup’s history. It was also the first year that the competition had abandoned the Challenge Round format, where the defending champion automatically qualified for the finals, and it was the first time that a Davis Cup final was played outside of America or Australia in 35 years. 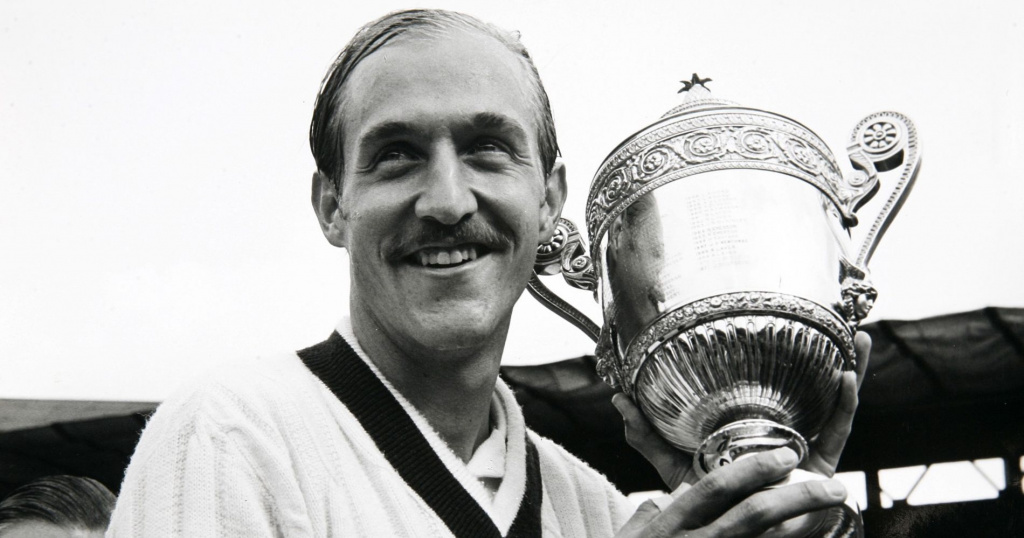 Ion Tiriac, who once described himself as “the greatest player who couldn’t play”, was born in 1939. Because he was born in Transylvania, Romania, he was nicknamed “the Brasov Bulldozer” or “Count Dracula”. Gifted in various sports, he was first a table tennis prodigy, before being a part of the Romanian hockey team at the Winter Olympics in 1964 in Innsbruck. When he focused on tennis, he became strong enough to reach the quarter-finals at Roland-Garros in 1968, which was the first Grand Slam of the Open Era. There, he was close to beating world No 1 Rod Laver but, despite a two-set lead, Tiriac was eventually defeated (4-6, 4-6, 6-3, 6-3, 6-0). He was more successful in doubles, usually partnering fellow Romanian Nastase, with whom he reached the Roland-Garros semi-finals twice (1968, 1969) before eventually triumphing in 1970, beating Ashe and Charlie Pasarell in the final (6-4, 6-3, 6-2).

The 1972 Davis Cup final was held at the Club Sportiv Progresul, in Bucharest. In 1972, Romania was a communist country, but in the few years before the match, Romania’s president, Nicolae Ceaușescu, had formed a cautious alliance with the United States. The dictator saw, in sport, a safe way to promote nationalism.

The 1972 Davis Cup final was held in a very peculiar political context. Only a few weeks before, a group of Palestinian terrorists had attacked the Israeli team at the Olympic Games in Munich, murdering 11 athletes in their hotel room. The Davis Cup final was the next big international sports event, and, amongst the potential American players, two were Jewish (Harold Solomon and Brian Gottfried).

The American team was greeted by a bunch of fully armed soldiers when they landed in Bucharest to compete in the final, and all the participants, even the Romanian players, were under lockdown in their hotel when they were not playing.

On top of that, Dennis Ralston, captain of the US team, had been warned by the Australian captain Neale Fraser, whose team had lost in Romania in the semi-finals : “You can’t win because they won’t let you. You have no idea what you’re getting into.” According to The New York Times, Fraser said his team had been cheated like never before by the linesmen.

The entire city of Bucharest was passionate about the Davis Cup final. Maybe this extra pressure was too much for Nastase, the US Open champion, who was far from his best level in the first match. He had told the public that Romania “should be 10-1 for favourite” (1-10) so when he lost to Smith (11-9, 6-2, 6-3), “people were looking for Nastase’s car to burn it”, according to his teammate Toma Ovici.

In the second match, Tom Gorman took a two-set lead against Tiriac. “Count Dracula” then started his antics, followed by the crowd and the linesmen, to win in five sets (4-6, 2-6, 6-4, 6-3, 6-2). The referee, the Argentinian Enrique Morea, later said that the cheating was the worst he had ever witnessed, and that the linesmen basically “saw whatever Tiriac wanted.” Gorman was left in tears, and captain Ralston was bitter. “Tiriac should be thrown out of tennis for life,” he said, according to Sports Illustrated. “This is the most disgraceful day in the history of the Davis Cup.”

On Sunday, October 15, Smith faced Tiriac to try to seal the victory, knowing that in the event of a deciding fifth match, Gorman was not the favourite against Nastase.

Before the match, the referee warned the American captain, advising him not to hit the lines in order to avoid dishonest calls. With all this pressure, Smith lost the first set, 6-4, but managed to take the second and the third, 6-2, 6-4, despite four consecutive close calls against him. At some point, Ralston managed to have one of the linesmen replaced. In the fourth set, Tiriac got out of control, putting extraordinary pressure on the linesmen and the referee. “I got two bad calls on the same point,” Smith said. “This is when I was finally going nuts.”

Displaying unbelievable mental strength, the Wimbledon champion played flawless tennis in the fifth set, hitting numerous unquestionable winners to blank Tiriac, 6-0. “I really lost a lot of respect for you”, he told his opponent as they shook hands.

In total, Smith would win 37 titles in his career and would also claim five major titles in doubles, partnering Bob Lutz. Smith would remain famous decades after his retirement because of the popular sneakers made by Adidas and  named after him.

Once his career as a player was finished, Ion Tiriac would become a famous sports manager (in the 1980s, he would discover and drive a young German named Boris Becker) and a businessman. His investments would prove successful, as Tiriac would become a billionaire, the richest man in Romania. In 2013, asked by the The New York Times to reflect on the 1972 Davis Cup final, he would only respond by email : “The Davis Cup in 1972 was unfortunately just another final that we lost.”