May 4, 1980: The day Jimmy Connors beat world No 1 John McEnroe for the Dallas title

Every day, Tennis Majors takes you back in time to relive a tennis event which happened on this specific day. On May 4, 1980, Jimmy Connors defeated John McEnroe in the now disappeared World Championship Tennis Finals in Dallas 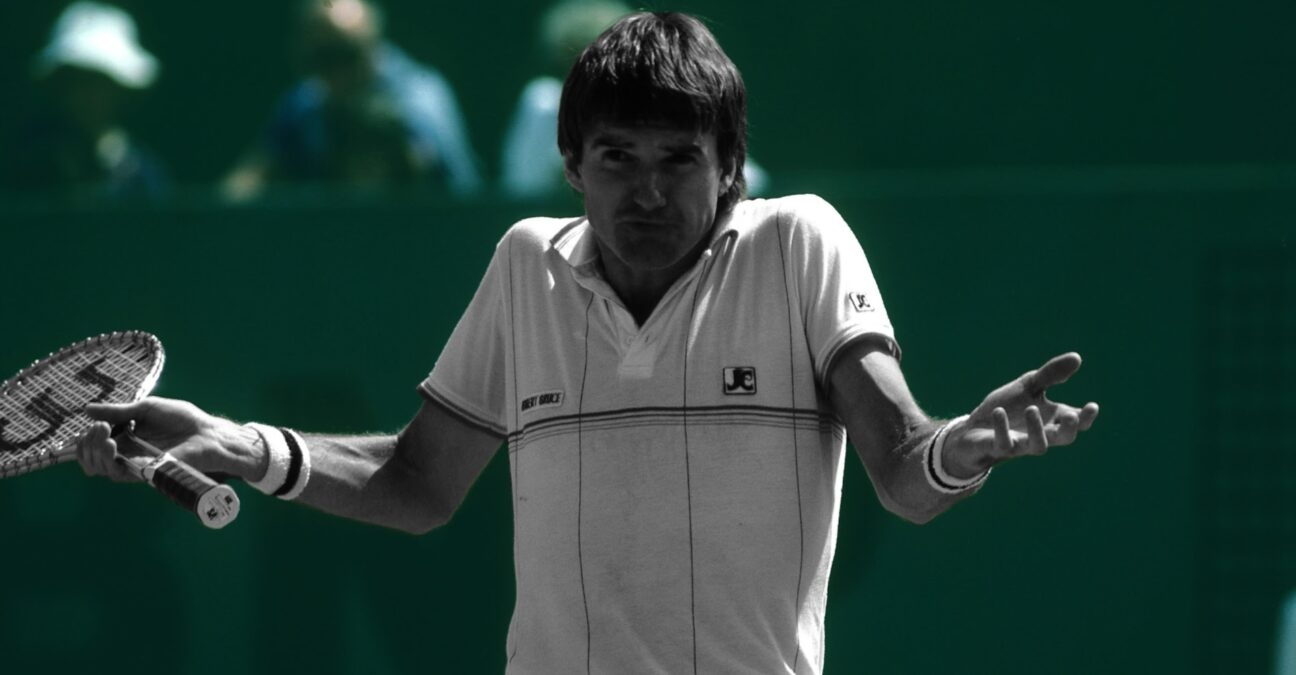 On May 4, 1980, in a new episode of their rivalry, Jimmy Connors defeated John McEnroe (2-6, 7-6, 6-1, 6-2) in the now disappeared World Championship Tennis Finals in Dallas, one of the most important tournaments at the time. The event was held for the first time at the Reunion Arena in front of 16,000 spectators. He became the second player to win the WCT Finals twice in his career after Ken Rosewall in 1973; this was the only major title Connors managed to claim in the years 1979-1981 – a ray of hope for him in days when he seemed overwhelmed by a new generation of players.

Jimmy Connors, born 1952, was one of the greatest tennis players of his time. Coached by his mother Gloria, Connors was one of the first few players to hit the ball flat and mainly from the baseline. Hitting the ball on the rise, his game would be very influential for future generations of tennis players. “Jimbo” turned pro in 1972 and became world No 1 by 1974. In fact, that year he won three out of the four Grand Slam tournaments, and was not permitted to participate in Roland-Garros, the fourth one, due to a lawsuit he filed against the ATP.

Since 1979, Connors was not performing as well as in his peak years. He had not reached a Grand Slam final since his 1978 US Open title, and yet he was still ranked No 3 in the world. His young rival McEnroe had even provocatively declared that he would have liked to see how it was to play against Connors “in his prime”.

John McEnroe, born in 1959, had just become world No 1. The lefty from New-York amazed the tennis world since his first steps on the tour, in 1977, when at the age of 17, showing up at Wimbledon as an amateur, he made his way out of the qualifications unto the semi-finals. “Mac” was very talented, his game being based on precision and touch on top of an iconic and lethal serve that he liked to follow at the net. In 1979, he became the youngest ever US Open Champion, defeating Vitas Gerulaitis (7-5, 6-3, 6-3). He also made quite a sensation by edging Bjorn Borg (7-5, 4-6, 6-2, 7-6) to win the WTC Finals.

Both players are known for their shocking on-court behaviour in the well-mannered world of tennis.

They were sometimes vulgar – Connors giving the finger to a linesman or putting his racket between his legs in a crude manner. Their constant quarreling with the officials made them famous in a gentlemen’s sport. There was something personal in their rivalry, with the two players genuinely disliking each other and being more than just tennis opponents, openly and sometimes violently arguing on court. It made any of their upcoming meetings very exciting.

The WCT Final was going to be their 12th meeting, Connors leading 7-4.

In the last decade, the World Championship Tennis finals had become one of the most prestigious tournaments in tennis, just behind the Grand Slams (perhaps even more than the Australian Open at the time, which the best players usually didn’t attend). Ken Rosewall and Rod Laver played there two classic finals, in 1971 and 1972, both of which Rosewall won. Amongst the former champions were Stan Smith, John Newcombe, Arthur Ashe, and Bjorn Borg. The WCT finals were played each year in spring on indoor carpet, closing the WCT season, just a few weeks before Roland-Garros.

In 1980, WCT’s founder, Lamar Hunt, decided to move the event from Moody Colosseum (7,000 seats) to the Reunion Area, in Dallas, a venue usually associated with basketball, hosting more than 16,000 spectators.

The facts: Connors gets it done in four sets

This year, despite the prestige of the WCT Finals, many of the best players in the world, like Borg, Tanner or Gerulaitis, chose to attend money-making exhibition matches rather than WCT qualifying events. There were only two serious contenders for the title: defending champion John McEnroe, and former world No 1 Jimmy Connors. Apart from McEnroe dropping a set in the semi-finals against Johan Kriek (6-4, 4-6, 7-6, 6-3), they both reached the final without much trouble.

On paper, “Mac” was favorite. After all, he was in his prime and had just reached world no.1, while Connors did not have a great 1979 season according to his usual standards. McEnroe had been struggling in recent weeks though, suggesting himself he might have played too many tournaments, as reported in Sports Illustrated:

“I have a hard time getting up for matches. I’ve played so many tournaments, they all seem the same now.”

Meanwhile Jimmy Connors seemed to be really fit and well-trained, as he confirmed himself:

“I’ve got my game just about where I’m satisfied. Of course, I’m not satisfied with anything short of perfect.”

In his mind, there was more at stake than just another title to claim. He was determined to prove wrong the players and observers who thought he was declining. He wanted to show the world that he could still compete for major titles and for that world No 1 spot he had held so long and had lost to Bjorn Borg in July 1979.

In the first set, no matter how sharp and motivated Jimbo was, McEnroe was simply too good. Losing only four points on his serving games, he quickly got ahead and took the first set 6-2. Connors remained patient, waiting for his opportunity, and broke early in the second set. He didn’t manage to maintain his lead and was pushed into a tie-break, where he made a difference with his backhand passing-shots. That was enough to gain psychological advantage and the 27-year-old American won easily the next two sets, 6-2, 6-1.

Connors thus claimed his only major title in 1980 and proved his point:

“I‘m not exactly going into retreat formation. Mac wanted to know what I was like in my prime. Well….”

What next: McEnroe starts to dominate

These two American tennis stars would face each other again twenty-two times. Their most iconic showdown would happen the same year, at the US Open, in a dramatic semi-final won by McEnroe in the fifth-set tie-break (6-4, 5-7, 0-6, 6-3, 7-6). They would cross paths on the tour for the last time in Basel in 1991, a last episode won by McEnroe 6-3, 6-3. Their rivalry would remain as one the most popular in tennis history, not only because of the undeniable intensity and technicity of their matches, but also due to their personal grudge and emotional involvement.

The WCT circuit and its famous finals would maintain their status as a major tennis event until the middle of the eighties. From 1985, with the fierce competition between the different circuits, and the growth of the Australian Open as a “real” Grand Slam attracting the best players every year, the WCT circuit would progressively lose its prestige. In 1990, when the ATP would establish its own circuit, the WCT would announce its dissolution. Its memory would then slowly fade to the point that many tennis fans would not even know about this major tournament that was held in Texas just a few weeks before Roland-Garros.

It would take Connors a while, but he would manage win Grand Slam tournaments and occupy the world no.1 seat again, in 1982 and 1983. Connors would claim three more Grand Slam titles: Wimbledon in 1982, and the US Open in 1982 and 1983,  taking his total of Major titles to eight. He would remain a top ten player until April 1989, at the age of 37. At the end of his long career, he would hold a record of 109 titles on the tour. Although he would reappear from time to time afterwards, Jimmy Connors would retire at the end of 1992.

John McEnroe would hold seven Grand Slam titles at the end of his own career . In 1984, his greatest year, he won Wimbledon and the US Open, and was very close to winning Roland-Garros before blowing a two-set lead  against Ivan Lendl in one of the most famous matches in tennis history. 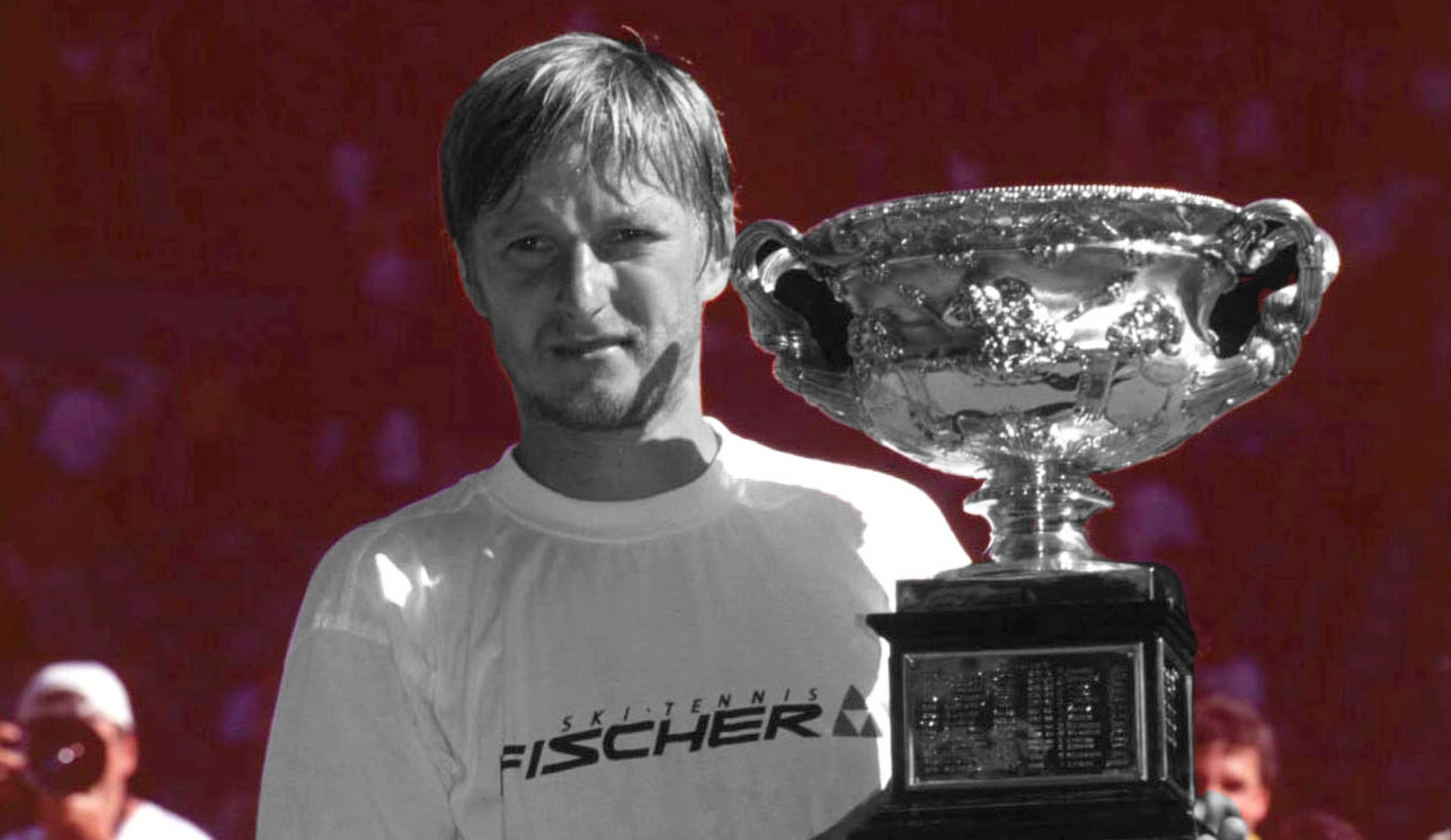 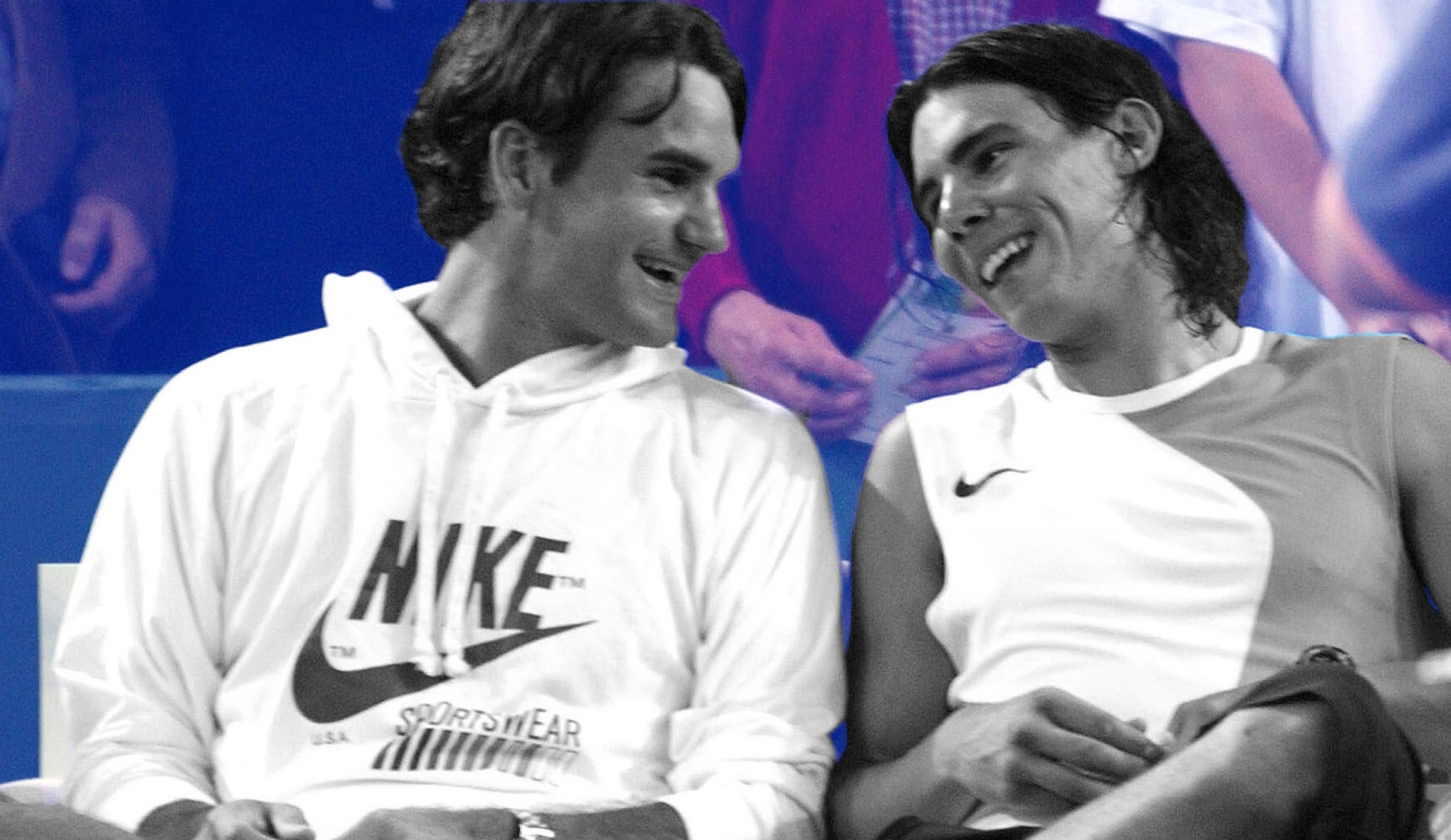 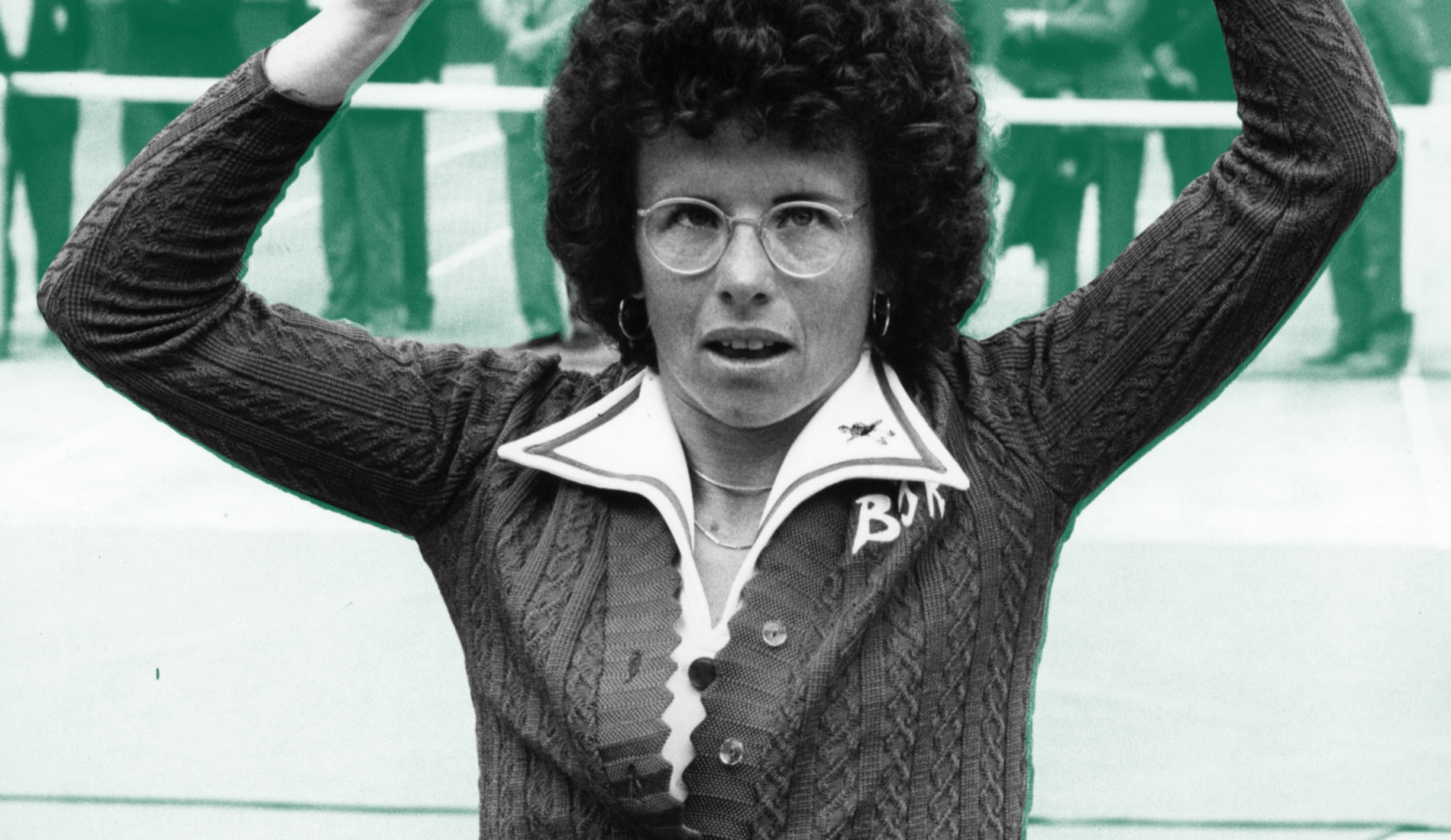 Coric sets up meeting with Nadal at Cincinnati Masters

Shuai Zhang takes out Naomi Osaka in round one of the WTA Cincinnati... 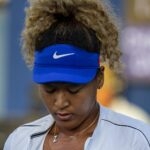