September 27, 2000: The day Di Pasquale took down Federer for bronze

Every day, Tennis Majors takes you back to one of the most iconic moments in tennis history. On September 27, 2000, Arnaud Di Pasquale beat Roger Federer to win the bronze medal at the Sydney Olympic Games. 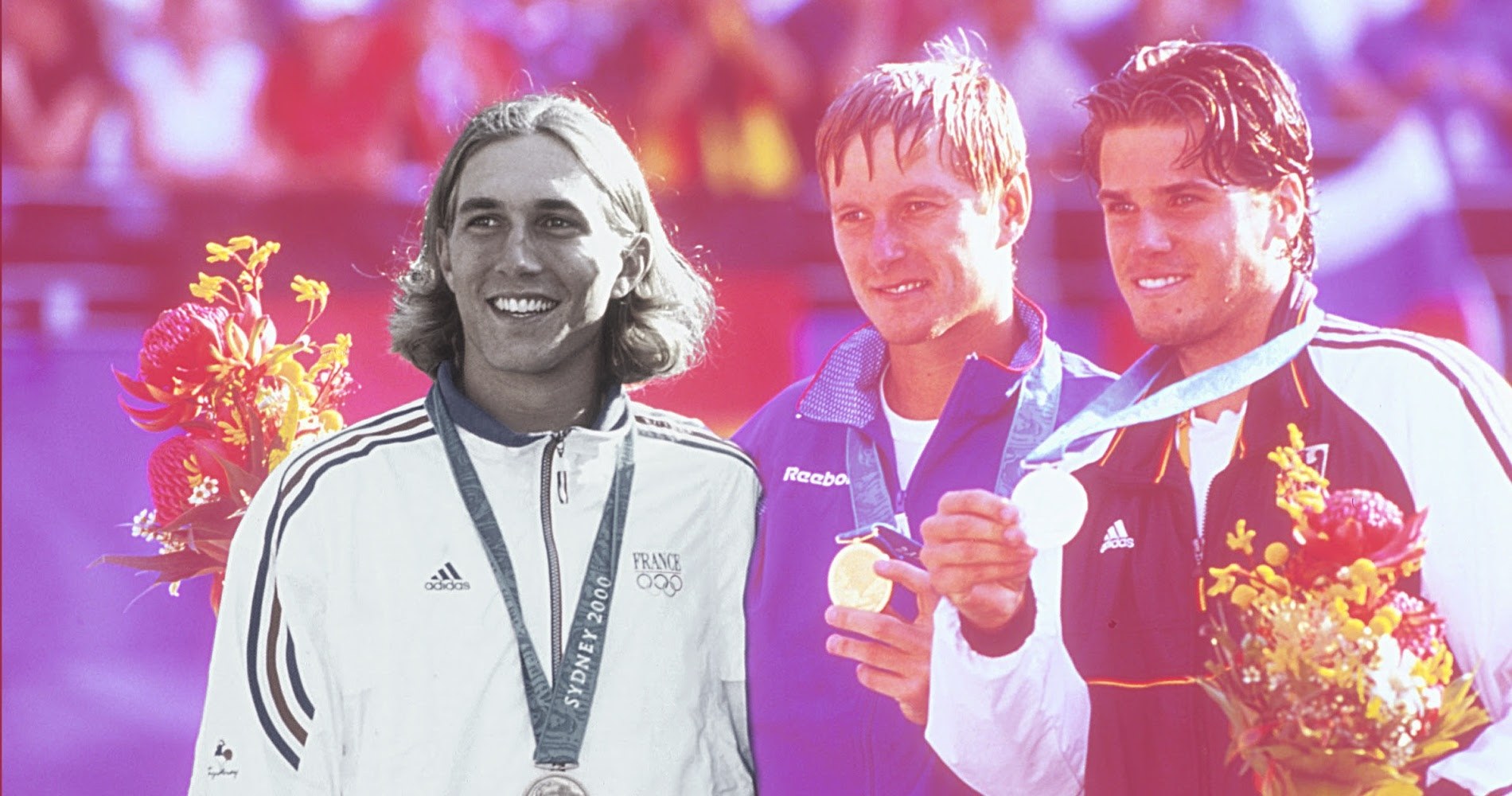 On this day, September 27, 2000, Frenchman Arnaud di Pasquale achieved the greatest result of his career, clinching the bronze medal at the Sydney Olympic Games after he defeated Roger Federer 7-6, 6-7, 6-3. For the young Swiss, it was  a big disappointment; it was his first opportunity to obtain a remarkable result at one of the biggest tournaments in the world.

Roger Federer was born in 1981. After he finished 1998 as world No 1 in juniors, Federer performed well in his first professional matches. In his five first main tour appearances from 1998 to 1999, he reached quarter-finals three times — in Toulouse, Marseille, and Rotterdam. His mind-blowing game amazed the world of tennis, and soon he was touted as a future world No 1. In 2000, Federer reached his first final on the tour in Marseille (defeated by fellow Swiss Marc Rosset 2-6, 6-3, 7-6) and by September he was already No 43 in the ATP rankings.

The Sydney Olympic Park Tennis Center is a tennis and multi-purpose sports facility located within the Olympic Park in Sydney, Australia. It was built in 1999 and hosted the tennis events for the 2000 Summer Olympics. Its Center Court, which would be later renamed the Ken Rosewall Arena, had a capacity of 10,500 spectators at the time.

On September 26, 2000, before the bronze-medal match, world No 62 Di Pasquale and world No 36 Federer were in a very different states of mind. The Frenchman was in stellar form; in the round of 16 he had upset world No 4 Magnus Norman 7-6, 7-6 before playing flawless tennis to defeat world No 12 Juan Carlos Ferrero 6-2, 6-1 in the quarterfinals. Only stopped by world No 8 Yevgeny Kafelnikov 6-4, 6-4 in the semi-finals, Di Pasquale approached the last match in a positive mindset. Meanwhile, Federer had not achieved any particular notable result on his way to the semi-finals and was left shattered after his 6-3, 6-2 loss to Tommy Haas. Later, the Swiss legend would reflect on that particular match.

“In 2000 I was really sad after losing to Haas at the Sydney Olympics. When I lost, I went into a corner like a kid. I could not stop crying. That loss marked me. The day after I had to play for the bronze against Di Pasquale, but I was crying and crying.”

In the semis, Di Pasquale prevailed 7-6 in a very tight first set. In the second set, the Frenchman obtained a match point that was saved by Federer — who eventually forced a decider after taking the second 7-6.

In the last set, even though Di Pasquale called the physio because of a sore thigh, Federer was overwhelmed by pressure. On several occasions he could be seen throwing and kicking his racket, and he never managed to to seize any positive momentum. In the end, Di Pasquale prevailed 6-3 for an unexpected bronze medal.

Di Pasquale’s career would be disturbed by repeated injuries. He would reach the fourth round in Paris against in 2002, but his body wouldn’t allow him to maximize his potential. He would retire in 2007.

It would take almost three years before Federer mastered his nerves. In 2003, he would claim the first of his 20 Grand Slam titles at Wimbledon, defeating Mark Philippoussis in the final. And in 2004, he would start the longest uninterrupted reign in tennis history, sitting atop the ATP ranking for 237 weeks. Although he would obtain a gold medal in doubles at Beijing in 2008 (partnering Stan Wawrinka), his best effort in singles would remain a silver medal claimed at the 2012 Olympics in London.