Home » News » For French tennis, Roland-Garros is life or death

For French tennis, Roland-Garros is life or death

Before a global pandemic began to wreak havoc on the tennis world, nobody in French tennis was worrying about the co-dependent nature of Roland-Garros’ relationship with the rest of French tennis. But now, the fact and the possibility of dire consequences come to light. 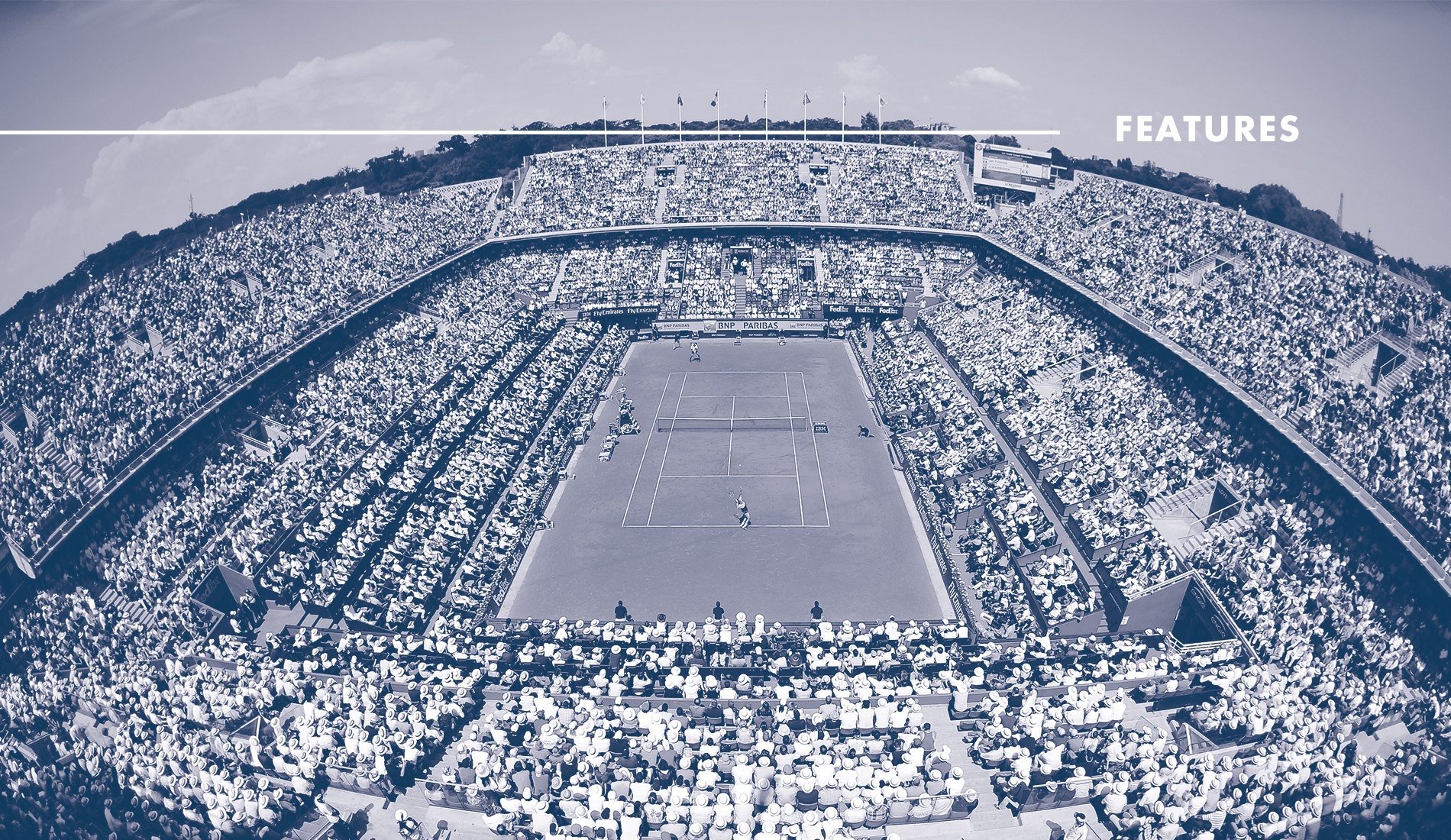 Nothing can exist without the money that this Grand Slam event is making and which allows the life and ambitions of the whole system to flow. 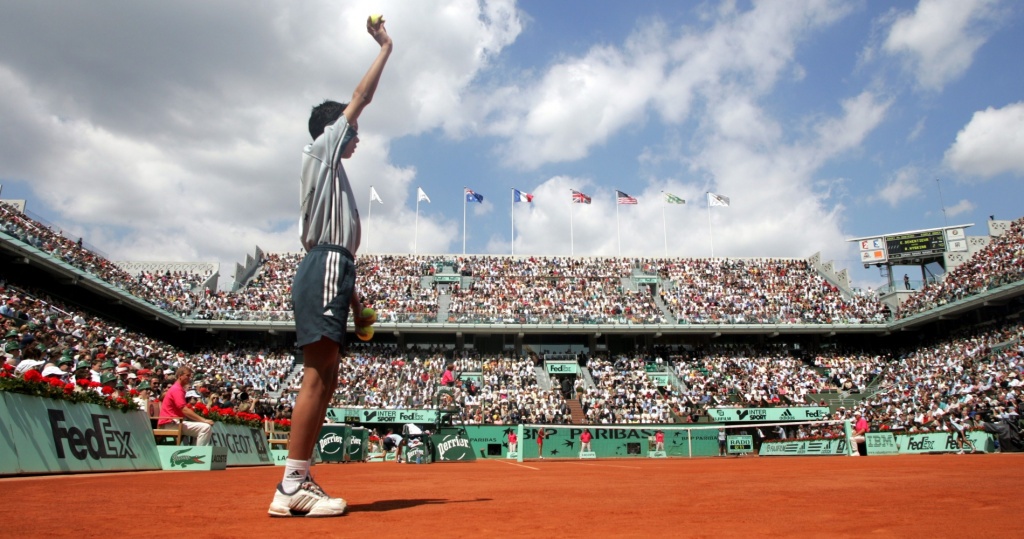 No Roland-Garros, no French tennis

To those who, from time to time, spare a sympathetic thought for those federations who have to make with very little money and therefore ambition, Covid-19 is here to remind them that in France we’re one tournament away from the same reality. Without Roland-Garros, you can say goodbye to the top-notch training centers and their devoted staff members, no more national coaches being sent with players, no more grants for the young players in need, no more medical experts. Also finished would be the leagues’ governing tennis system throughout the country, the scouting, and the numerous national tournaments. Clubs’ budgets would be cut, at the very least, in half.

In 2020, French tennis is coming to the realisation that it’s tied from head to toes with its clay kingdom. It’s quite simple actually: to keep the whole system afloat, 100 million euros per year are needed. Hughes Cavallin’s numbers are unsparing:

This reality check even became obvious for those who at first condemned the decision of the FFT to move the French Open to the end of September without asking permission. At some point, personal quarrels are put aside when confronted with the unwavering truth: French tennis can’t do without the 261 million coming from Roland-Garros. Play needs to happen on the French Open courts in 2020, or the fallout will be merciless in the years to come.

“The Federation is doing its part,” Sueur

Antoine Sueur, the director of the Tennis Club Lillois Lille Métropole and of the Challenger played at the club (postponed this year and awaiting, with hope, for another slot), didn’t wait for the crisis to realise the importance of Roland-Garros inside the DNA of French tennis. We can complain all we want to about the empty VIP boxes of Chatrier and yell at those who spend more time sipping champagne than looking at Rafael Nadal’s shorts, the heart of the matter lies elsewhere.

“If Roland-Garros were to be cancelled this year, it could put in jeopardy the whole strategy of the federation towards the clubs, leagues, tournaments and players. We, for example, received an allowance from the federation for our Challenger event, and we hope not to have to give it back. It’s also the federation that gives the funding to the leagues in the regions so that they can redistribute it to the clubs. It’s all of this that would be in danger. Amateur and professional tennis would be hampered.”

Sueur was of course relieved to see the FFT announcing a 35 million euro fund for the whole French tennis system:

“The federation is doing its part, they set up a plan to help French tennis as a whole, with 35 million euros: a part for the clubs, another part for the tournaments, some for the teachers and for the players.”

Optimism is now the rule regarding the staging of Roland-Garros 2020, as Bernard Giudicelli and Hughes Cavallin have stated that the tournament will happen. And in the clubs, nobody in charge really cares if it’s behind closed doors or not:

“Even staging Roland-Garros behind closed doors would be a lesser evil for the event and for all the French tennis system,” says Sueur. Roland-Garros needs to be played this year, in front of empty rows, half-full rows, or quarter-full rows: whatever it takes.” 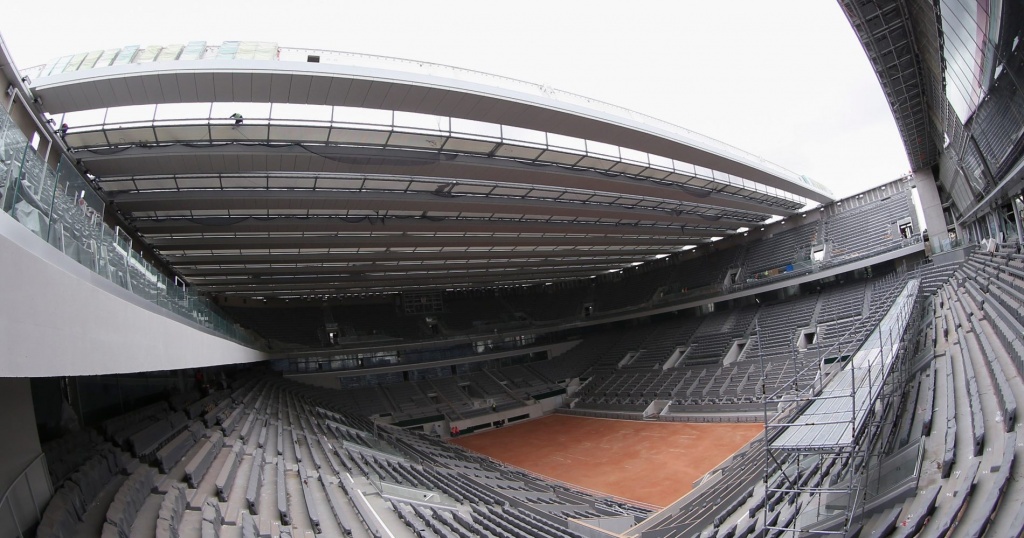 “The tournament is essential,” Cavallin

Aware of their responsibilities, people at the FFT also know that the timing is tricky in all senses: they’ve just completed the rebuilding of the stadium and are soon heading for elections. There’s no margin here for not owning the fact that they have the whole French tennis future in their hands. Cavallin wants people to know: even if Roland-Garros was cancelled this year, the French ship wouldn’t sink.

“The federation wouldn’t be in jeopardy. It would obviously be a very tough situation because one doesn’t let go 261 million without consequences, but thanks to the quality work done over the last few years, our Federation is solid enough. So even in this worst-case scenario, we would be able to take the hit without endangering the running of French tennis, at least through 2021. If there’s a silver lining here, it’d be that, now, people are going to be aware of what Roland-Garros means for the whole system. The tournament is essential. TV rights represent around 100 million, ticketing counts for 50 million, sponsors for around 60 million, hospitalities for 48 million and then miscellaneous products for around 14 million.”

Also if the FFT feels a relative sense of calm at the moment, it’s because they have prepared for the worst. No risk has been taken.

“We’ve just finished the construction work for an amount of around 400 million euros, that we’ve funded on our own. Not a single euro of public money. So there’s no reason for us not to be able to ask for a loan through the scheme set up by the State. Usually we’re earning a lot of money at this period of the year, but for now there’s nothing coming in so it means we could have a differential in the treasury, and so we’re going to request that loan in order to get through this stage without endangering the foundations of the federation.”

What about getting out of this “Roland-Garros dependency?”

One also must remember that when talking about Roland-Garros’ money, one needs to include Paris and its Ile de France region in the equation. Cavallin estimates that 270 million euros are spent in the region (hotels, restaurants, shops) during the Grand Slam tournament. Solidarity is desired at all levels.

Perhaps on the other side of this crisis, we’ll see a couple of positive effects for French tennis. First of all, an awareness of the impossibility for French tennis to exist without Roland-Garros, and then as a result a desire to alleviate this absolute dependency. Roland-Garros is obviously the jewel that allows French tennis to rise and shine. But is it really ideal that the tournament has become such a cash cow for the sport that it no longer searches for any other means of prosperity? Germany and Italy, for example, don’t have a Grand Slam tournament, yet those are two very powerful and wealthy federations, that can also boast first-class players. Decentralizing French tennis a bit might be a good thing in the end, even for Roland-Garros, as the tournament would feel lighter on its feet and therefore quicker to keep up with the other three Grand Slams in a rivalry that promises to become even more fierce due to the crisis.