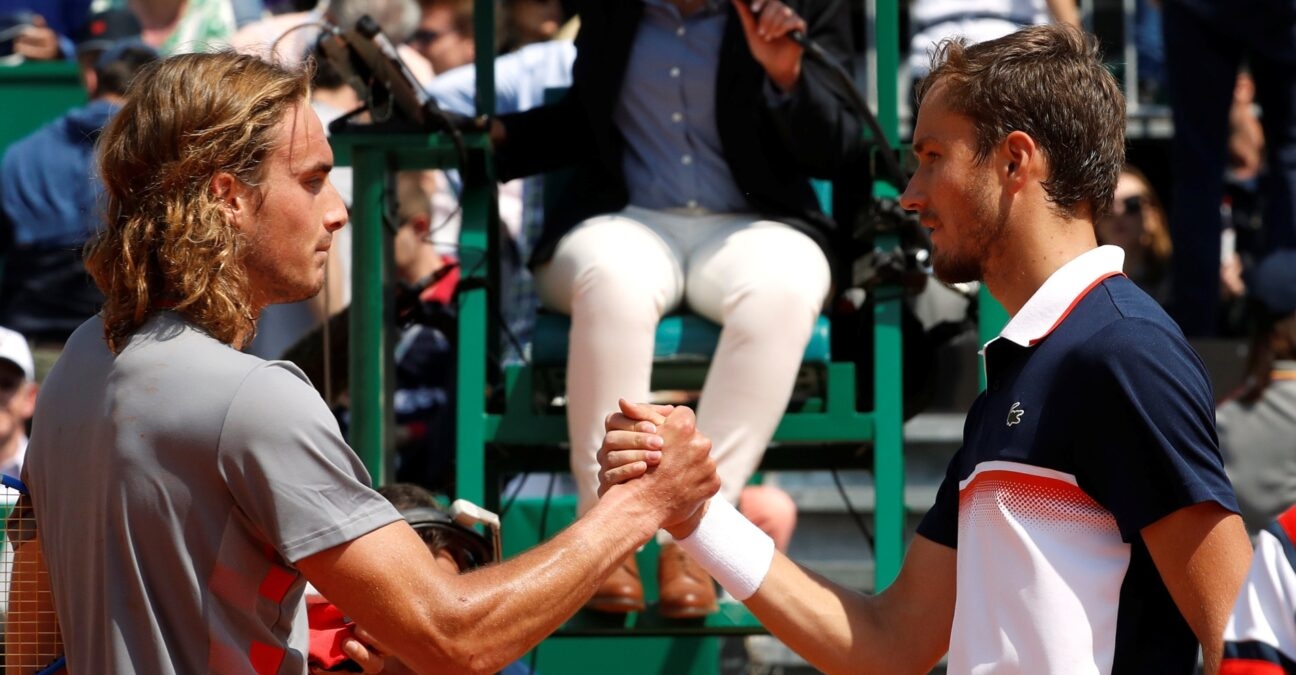 It’s a mouthwatering prospect – Daniil Medvedev against Stefanos Tsitsipas for a place in the semi-finals of the 2021 edition of Roland-Garros.

The two met in the final four of the Australian Open back in February, with Medvedev winning in straight sets, 6-4, 6-2, 7-5 – but on a clay court in Paris, it’s likely to be a very different prospect.

That will take place on Tuesday – and the Russian had a little joke with the crowd on Court Philippe-Chatrier on Sunday afternoon. As a Monte-Carlo resident, he speaks fluent French, and told on-court interviewer Cedric Pioline that he hoped the home fans would support him against his Greek rival.

“I hope people who are watching on TV will think ‘Oh, he speaks French, he’s nice, we will support him,'” he grinned, triggering chants of “Dan-iil!” around the stands.

It was a far cry from the rather grumpy Medvedev who came into the clay-court season bemoaning his game on the surface – and who had not won a match at Roland-Garros prior to this year. 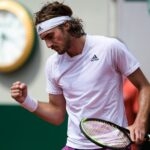 More than that, he has only dropped one set – in the second round, against Tommy Paul – and cruised into the quarter-finals with a 6-2, 6-1, 7-5 victory over 22nd seed Cristian Garin.

Tsitsipas beat Pablo Carreno Busta 6-3, 6-2, 7-5, and was in ebullient mood afterwards. Asked by journalists to look ahead to playing Medvedev and their meetings so far, he was focused mostly on his own fine performances this year.

“He does serve extremely well, I have to say,” he responded. “He has improved over the years with his serve. This is going to be something that I will have to face. Of course, myself playing well, I feel like I don’t have to think against who I’m facing or not, I just have to play my game, let the rest be witnessed.”

Medvedev: We’re happy to be away from Nadal and Djokovic

Medvedev was a little more forthcoming about the pair of them benefiting from a draw that keeps them away from both Rafael Nadal and Novak Djokovic.

“I think me, Tsitsipas, [Alexander] Zverev, we are all happy in a way because we know we can make final without seeing them, then get the chance to beat them in the final, which is the best chance possible,” he said.

“Especially talking about Rafa, he won 13 times here. He barely loses a set. The further [on] you meet him, the better. Maybe somebody can try to beat him before, it’s always good for you, I think.

“Playing Stefanos in quarters – by the results this year on clay, he’s definitely in top three, top four, together with Sascha, Novak, and Rafa on clay.

“I’m really looking forward to this match and what I can propose [against] him.”