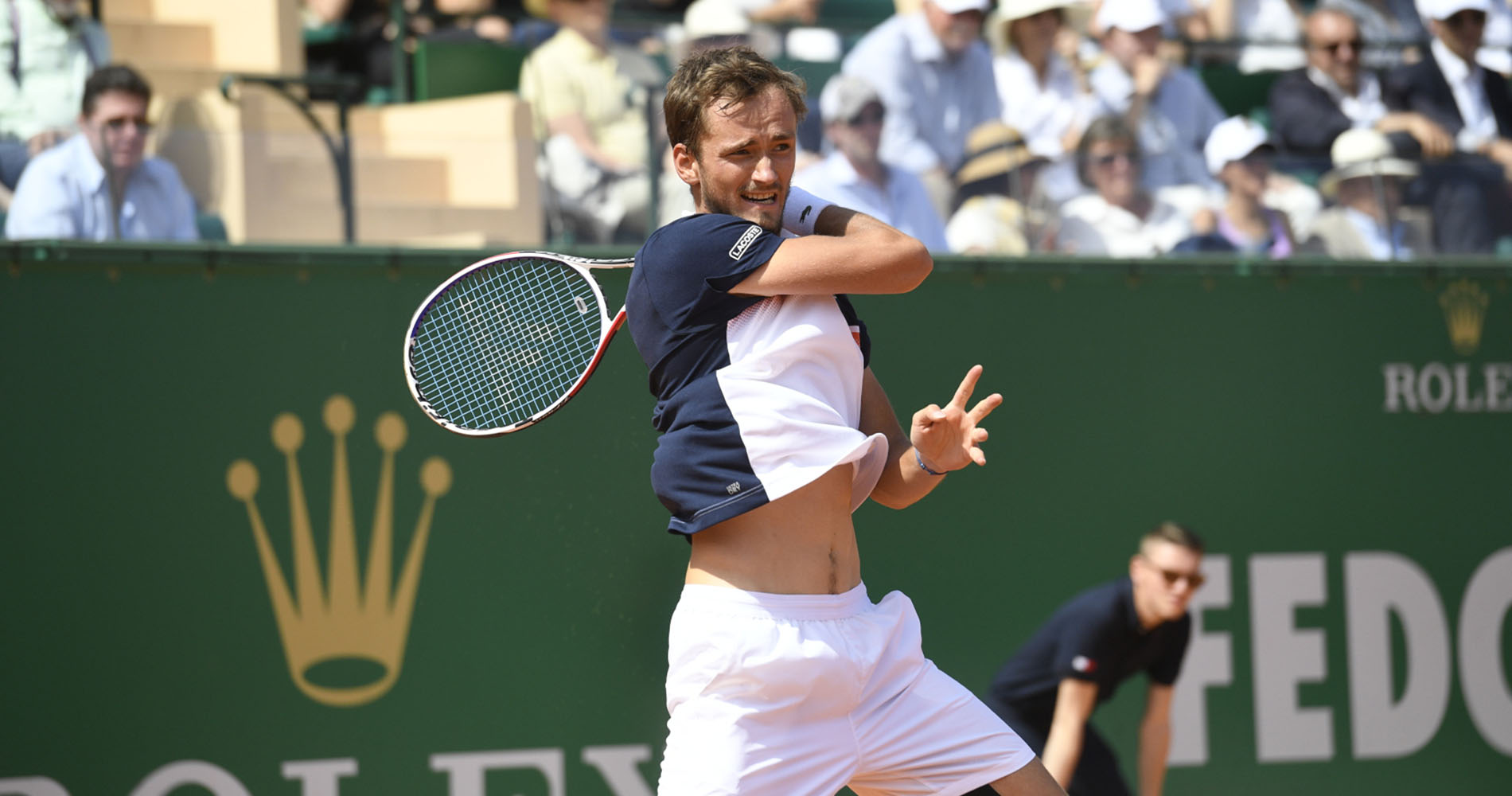 Daniil Medvedev begins his campaign in Monte Carlo with a surprising announcement – that he doesn’t like playing on clay courts.

“But especially after what happened two years ago, I know I can play well on this court. Every time I practise on clay, after when I play my match, I try to do my best, but it’s difficult for me. I hope I’m going to have good results this year after the good work I’ve been doing.

“But honestly, there’s nothing I like on clay. There’s always bad bounces, you’re dirty after playing. I really don’t enjoy playing on clay.”

And he is amused that he goes into Monte Carlo seeded higher than the king of clay Rafael Nadal – the current world No 3.

“I mean, it’s just funny because, well, I’m not the best clay court player – but I’m seeded higher than him in Monte-Carlo which he won maybe 10 times, maybe more, I’m not sure [editor’s note – 11],” he added. “Yeah, it’s probably not going to mean anything during the tournament, but let’s see.”

He admitted that he finds it difficult to adjust his game on the dirt, with his natural shots – which have brought him great success on hard courts – bringing him fewer points.

“Mentally I think for me the most important is going to be to know that some shots that maybe would be winners or which I would win the point on hard courts, it’s definitely not the case on clay courts. You need to do maybe three good shots, like one of which would be enough on hard courts. That’s tough sometimes for me to understand.

“Also, of course, the quality of my ball after the bounce. If I play like on hard courts, it’s not that amazing with my flat strokes. Working on putting some more spin, some more trajectory.

“Yeah, all of this is tough because for ten, nine months, I’m playing like I’m used to, then I have to change it for two months, still keeping the things that I do well also. Like you cannot change completely your game.

“Not easy, but as I say, it’s going to be interesting.”