The top seed and world No 1 was hampered by injury from the off, and eventually decided she was unable to continue 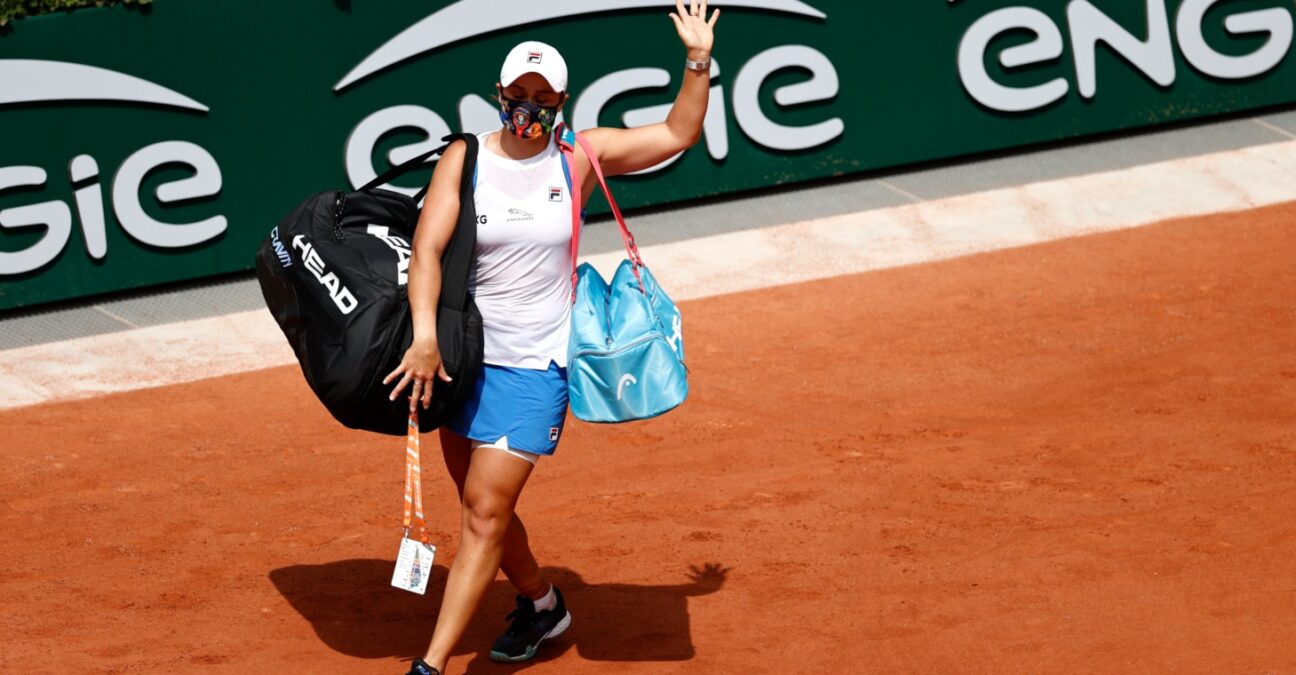 Top seed Ashleigh Barty was forced to retire mid-match from Roland-Garros due to a left hip injury. Her opponent Magda Linette was leading 6-1, 2-2 in their second-round encounter when the Australian decided she could not continue any longer.

She described the decision as “heartbreaking” – but necessary.

“It’s heartbreaking,” she said in her press conference. “I mean, we have had such a brilliant clay court season, and to kind of get a little bit unlucky with timing more than anything to have something kind of acute happen over the weekend and just kind of run out of time against the clock is disappointing. It won’t take away the brilliant three months that we have had, as much as it hurts right now.

“It was just becoming too much. Right from the first game I was battling the pain, and it just became too severe, and like I said, was becoming unsafe.

“It was a decision that, yeah, just a tough one, had to be done.”

It won’t take away the brilliant three months that we have had.

The Australian had been taken to three sets in the first round against the USA’s Bernarda Pera, and spoke about her injury to the press after that match on Tuesday: “Over the weekend we had a bit of a flare-up through my left hip, which obviously just needed a bit of help today, needed some assistance to try and release it off as best I could. But, no, I think we were able to fight through, able to give ourselves a chance to play again the next round.”

When she was asked about the extent of the discomfort, she added: “I’m not going to hide behind the fact I’m not quite 100% but I can guarantee that I will go out there with the right attitude every day and be really accepting of that and give it a crack no matter what. I think it’s a week, it’s going to be tough now without a doubt. I’m excited to be here, excited to play and have another opportunity to be playing in a Grand Slam.”

The 25-year-old was playing with a heavy strapping, and went off court after the first set for some additional attention before deciding she could not complete the match.

Barty had won 28 matches so far this season – the most on the WTA Tour – but she had pulled out of the Italian Open quarter-finals in May due to a right arm injury.

Linette, meanwhile, reached the semi-finals in Strasbourg last week and is in fine form – this marked her first ever win over a top 10 player. She will next meet 25th seed Ons Jabeur in the last 33. The Tunisian defeated Astra Sharma 6-2, 6-4 on Thursday as well.