Ash Barty stunned the tennis world with her decision to retire from tennis. The 25-year-old has been one of the best Australian tennis players in history. Here are the answers to some questions you may have about the three-time Grand Slam winner 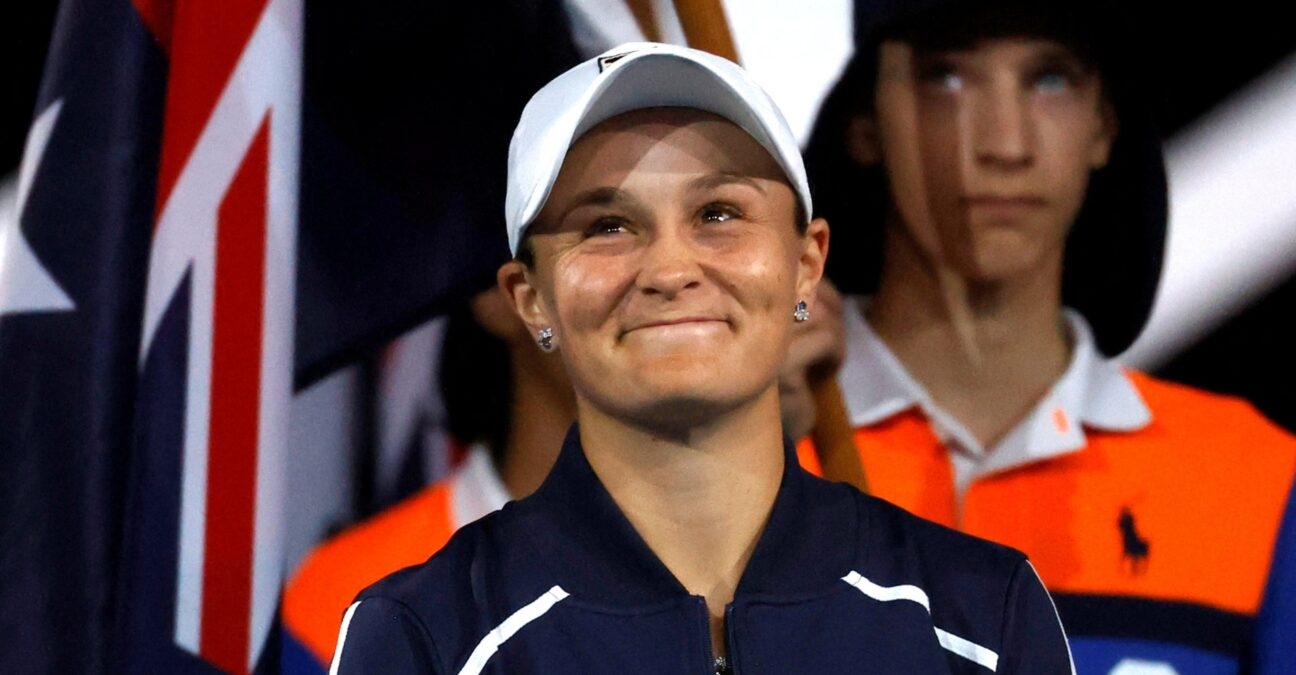 Why did Ash Barty retire from tennis?

In a sudden announcement on March 23, 2022, Ash Barty, the current world No 1, announced her retirement from tennis.

A three-time Grand Slam singles winner, Barty said she does not have the physical drive or the motivation to do what it takes to compete at the highest level of the sport anymore.

“I don’t have the physical drive, the emotional want and everything it takes to challenge yourself at the very top of the level any more. I am spent. I know how much work it takes to bring the best out of yourself. I’ve said it to my team multiple times – `I just don’t have that in me anymore.’ Physically, I have nothing more to give. I’ve given absolutely everything I have to this beautiful sport of tennis, and I’m really happy with that. For me, that is my success.”

The 25-year-old, said she plans to pursue other goals outside of tennis after her retirement.

“I know I’ve done this before but in a very different feeling. I’m so grateful to everything that tennis has given me. It’s given me all of my dreams, plus more, but I know that the time is right now for me to step away and chase other dreams and to, yeah, put the rackets down.”

“I know that people may not understand it. I’m OK with that. Because I know that for me Ash Barty the person has so many dreams that she wants to chase after that don’t necessarily involve traveling the world, being away from my family from my home, which is where I’ve always wanted to be. It’s where I’ve grown up.” 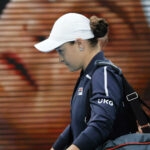 What is Ash Barty doing after tennis?

Barty has begun writing a series of six children’s books entitled “Little Ash,” which is based on her own real-life experiences on and off the tennis court

When was Ash Barty born?

Ash Barty was born on April 24, 1996 in Ipswich, Australia. Barty continues to live there. She is 5ft 5in, according to her profile on the WTA Tour website.

Ash Barty became the first Australian to win a singles title at her home Grand Slam since Chris O’Neil in 1978 when she beat Danielle Collins 6-3, 7-6(2) in the 2022 Australian Open final. 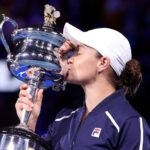 Yes, Barty claimed the Wimbledon title in 2021, beating Karolina Pliskova in the final to become the first Australian woman to win the title since Evonne Goolagong, who was also her mentor, won the second of her two Wimbledon crowns in 1980. 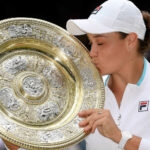 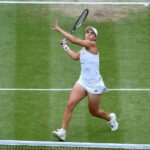 From touch-and-go to touch of magic: How Ashleigh Barty overcame injury to meet her destiny at Wimbledon
tennis majors

How many Grand Slams has Ash Barty won?

Which country is Ash Barty from?

The Australian edition of the magazine Marie Claire revealed in November 2021 that she was one of their Women of the Year.

How many titles has Ash Barty won?

Ash Barty has won 15 titles in her career. Her first title came in Kuala Lumpur in 2017 and her most recent triumph was at the Australian Open in 2022.

Barty started playing tennis at four, when her parents introduced her to the sport. “I used to play against the wall of the house as soon as I came home from school,” Barty had said. By the time she was 12, Barty was already playing with adults. A very famous photo of her with a trophy as a young child exist.

Who are Ash Barty’s parents?

Barty’s parents are Robert and Josie Barty. Ash’s father belongs to the Ngarigo Aboriginal community and works for the Australian government. Her mother is a radiologist in Australia, and is the daughter of English immigrants. Barty also has two sisters, Ali and Sarah.

When did Barty start her pro career?

Barty began her professional career in 2010, at the age of 14. At the time, she was the world No 2 junior and the 2011 Wimbledon girls singles champion. The Australian won her first match on the WTA tour in 2013 in Kuala Lumpur, Malaysia, beating Chanel Simmonds.

Tired of travelling, missing home and battling depression, Barty took a break from her tennis career in September 2014 at the age of 18. During her time away, she played top-level cricket in Australia. Two years later, in 2016, Barty decided to return to tennis. “It was the best decision to leave and an even better decision to return to tennis,” she said after her French Open triumph in 2019.

Who is Ash Barty’s coach?

Ashleigh Barty is coached by Australian Craig Tyzzer. He has been coaching Barty since the start of her second career in 2016. With him, Ash Barty won her first Grand Slam, at Roland-Garros in 2019 and became world No 1 that same year. Craig Tyzzer was named WTA Women’s Coach of the Year in 2019.

Barty is engaged to Australian golfer Garry Kissick. They met in 2016 when Barty came to play golf at a club in Brisbane. They announced their engagement on November 23, 2021.

Is Barty on social media?

Barty has an Instagram account, followed by 507,000 people as of March 2022. The Australian regularly posts pictures from her life on the WTA tour as well as pictures with her boyfriend or her dogs. Barty is also on Twitter (@ashbarty), followed by more than 130,000 people.

What is her religion?

Barty is Christian. She is also very committed to her heritage. She is the ambassador of Indigenous tennis in Australia and works to attract young Aborigines into tennis. 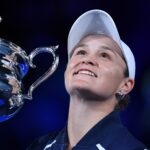 ‘I don’t know how she does it’ – Ash Barty’s coach Craig Tyzzer on the weight of expectation, career Grand Slam prospects
tennis majors 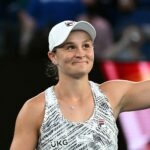 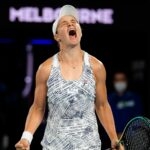 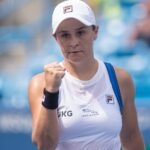 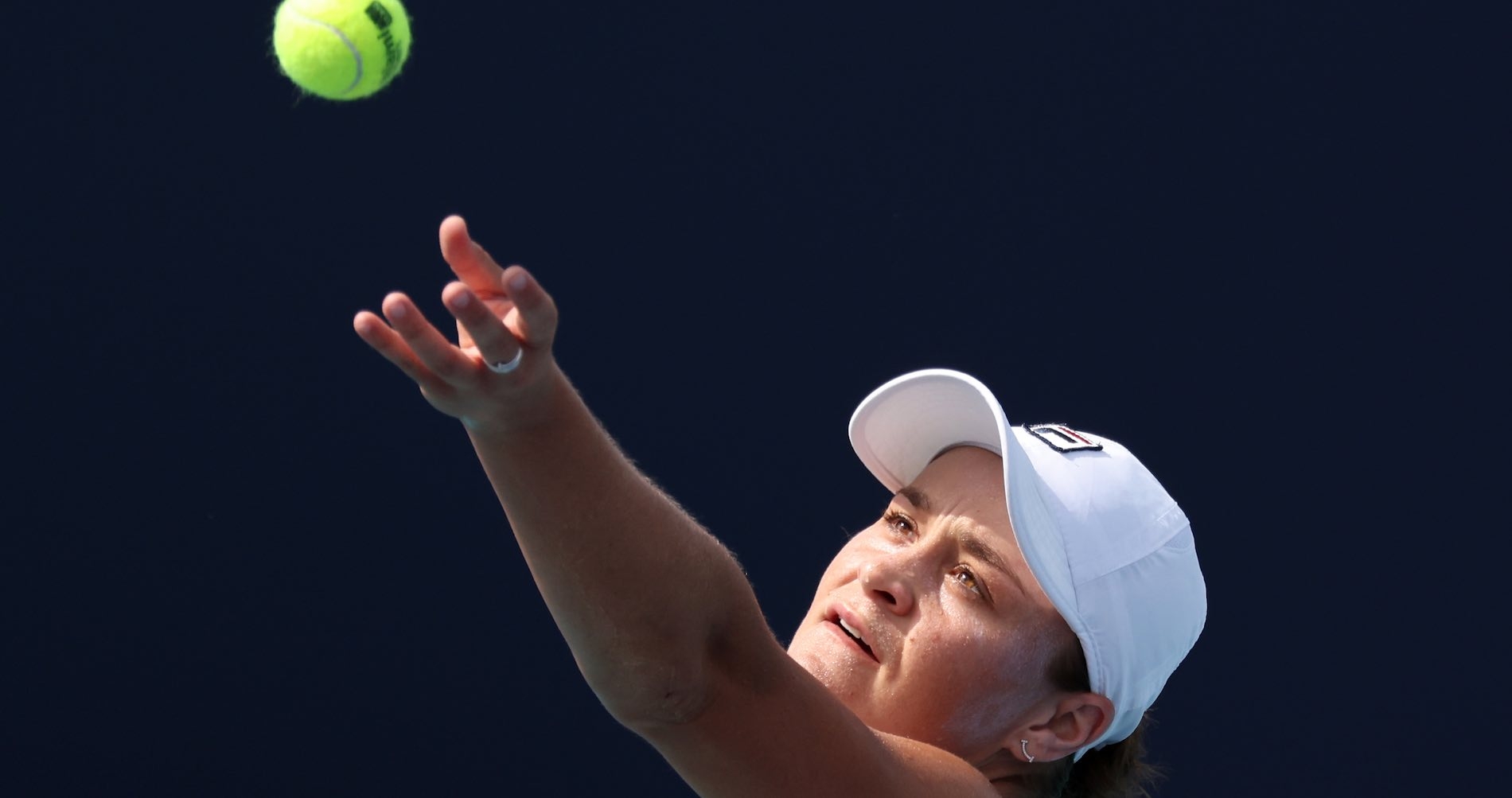 One response to “Retirement, Australian Open, world No 1: 14 questions about Ash Barty”