Kristina Mladenovic was involved in a bizarre point that cost her the opening set when 5-1 up as Umpire Eva Asderaki failed to spot a ‘not up’ from opponent Laura Siegemund. 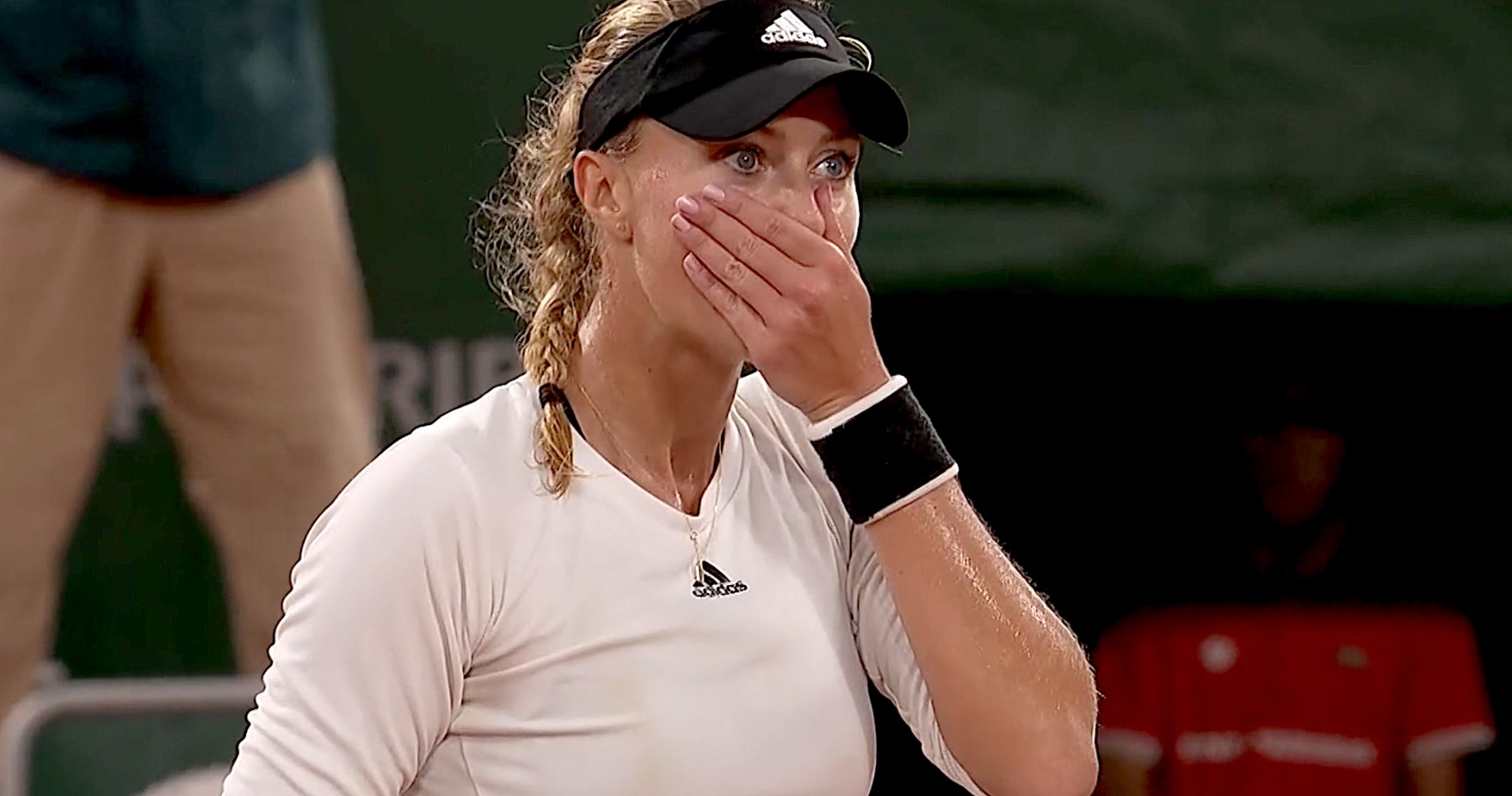 Kristina Mladenovic is going through a tough time at the moment. Having suffered a nightmare defeat at the US Open having led 6-1, 5-1 and serving for the match, history seemed to repeat itself at Roland-Garros.

Leading 5-1 in her first round-match, Mladenovic seemed to have won the opening set after opponent Laura Siegemund scooped the ball off the clay after the second bounce. In another twist of misfortune for the World No 44, the ball crept over the net and the Frenchwoman was unable to stop herself from touching the net on what should have been an easy put away.

Although only obvious on the replay, match umpire Eva Asderaki may have been forgiven for not spotting it, and it wouldn’t have been obvious to Siegemund, in fairness, as she scrambled to scoop up the ball. 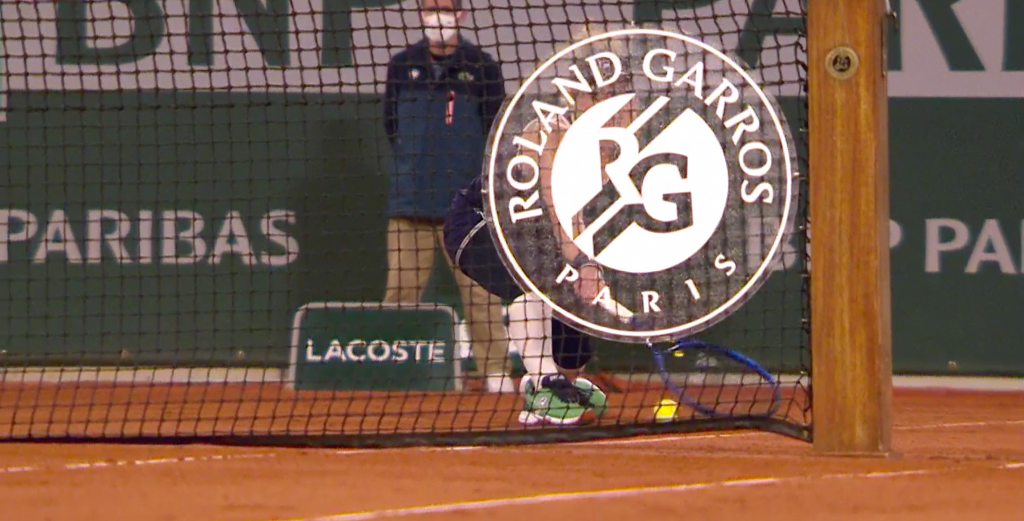 Mladenovic choked badly and had 6 SPs after that incident, but again, this shouldn’t happen with it’s an easy problem to solve.

Mladenovic has been a magnet for drama this month.

anyone who plays tennis at even a halfway decent level knows how hard it is to tell on your own side if it is a double bounce when it’s this close and you are sprinting 100 miles per hour trying to get a racket on it.🤦🏻‍♂️ https://t.co/v3S8XWxeLL

Not that it will make any difference to Mladenovic, who had again been in total control up until then, just as she was against Varvara Gracheva in Flushing Meadows. And it clearly rattled her, the Frenchwoman losing the next six games and the set, before going down 7-5, 6-3.

“Obviously that double-bounce, it was set point, supposed to be 6-1, and I think the chair umpire was the only person not to have seen it on the center court,” Mladenovic lamented. “So we can call that a turning point. I mean, (it) should have been 6-1. I don’t know about the outcome of the rest of the match after that, but, yeah, (it) was definitely a key point.

“I really tried to stay calm, though, and not try to complain much. Because it was a brief complaint; because in these kind of situations, you know that they are bad, they made a mistake, there is nothing you can do about it. Just have to try to refocus and keep going.”

“I was just running full speed,” Siegemund explained. “I think that was when I was down 1-5? Yeah, I was running full speed, and it was a close one. The umpire right away called it that it was my point, so I was like, ‘Okay, I’ll take it,’ because it was a tough one in that moment how to decide.”