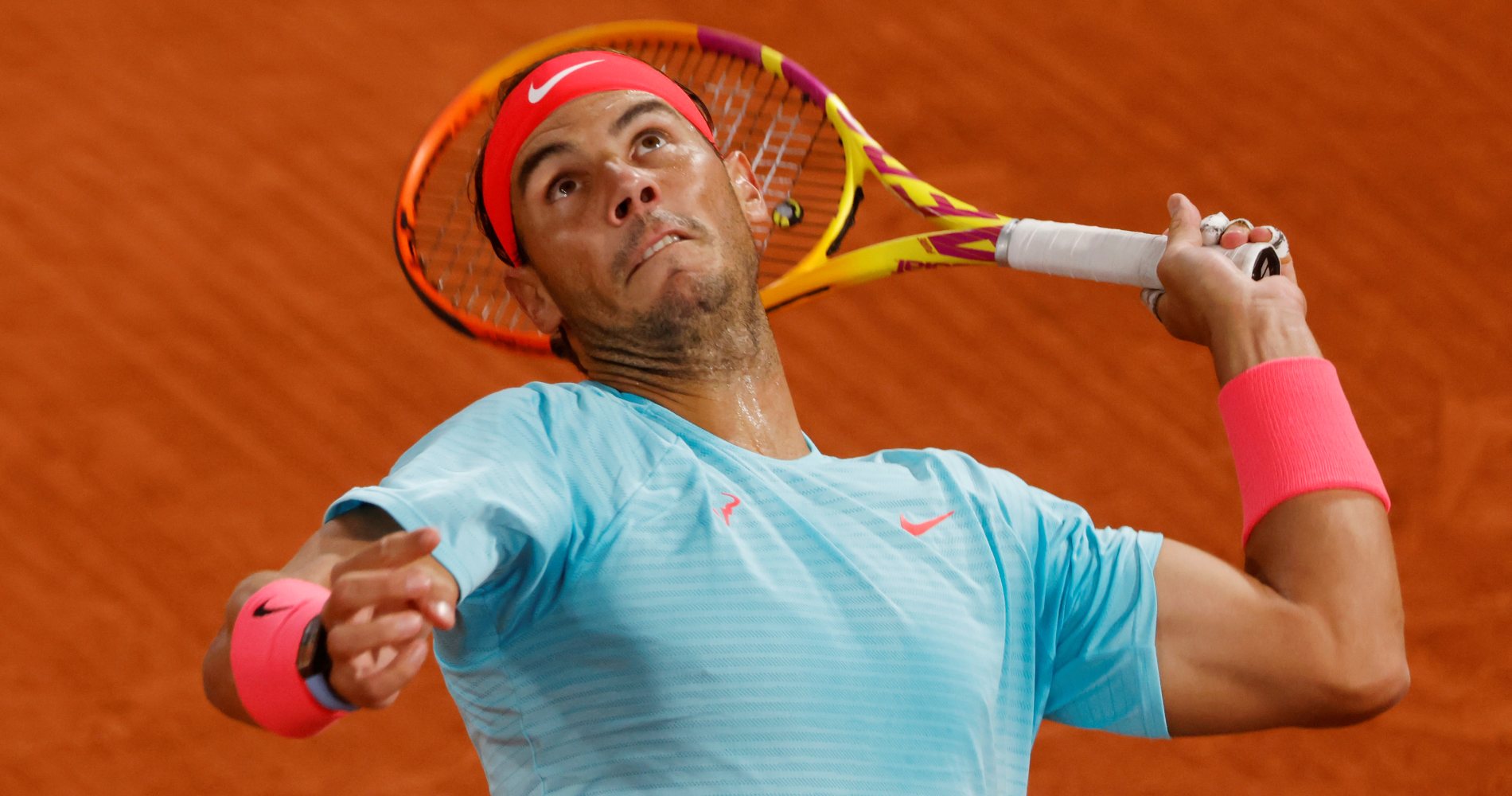 It wasn’t until late on a Tuesday night that the protagonists took to court amidst swirling winds that rattled the flags against the masts on Philippe Chatrier.

And it wouldn’t have been conditions like the twelve-time champion would ever have experienced before, as Martian a landscape as the French red clay and equally as cold. His opponent the other side of the net would have been equally as alien, the Italian qualifier making all the early running and squandering early break points before breaking in the 11th game to give him the rare chance of serving for a set against Nadal.

Almost as amazing as the fact that Nadal has won 12 titles at Roland Garros is the fact that he’s only surrendered 21 sets on the Paris clay. And Soderling-esque as Sinner had been up to that point, there was always the feeling that Nadal would not let this young Italian upstart spoil his chances of setting yet more records.

Warming to the task, Nadal stepped on the gas in the breaker, winning three successive points to establish an advantage that he wouldn’t concede – 7-4 the score.

There would be another glimmer for Sinner following a beautifully worked break in the fourth game of the second set and a 3-1 advantage. Suddenly, those Soderling thoughts came flooding back. Then a bizarre moment. At 3-3 (15-15), Sinner hit an angled backhand volley that Nadal reached. Yet such was the angle, the courtside chairs were in the way, as well as the Sinner racket bag, he could not return the ball. Sportingly, there was no complaint from the Spanish side of the net and play continued.

Again, the set went to the wire and again it was Nadal who came out on top despite the best efforts of his gallant opponent.  It was the straw that broke the camel’s back and, as impressive as Sinner had been for two sets, the Mallorcan is a notoriously strong front-runner on any surface, let alone this. His own back yard.

This time there would be no repeat of 2009 or 2015. At least not yet. And in this crazy tournament of shocks and surprises, Nadal will have to be very much on his game if he wants to wrap another French Open title. And it won’t get any easier against Diego Schwartzman, conqueror of Dominic Thiem, before a potential meeting with Novak Djokovic in the final.

“No doubt the most important place and the most beautiful place to play,” added Nadal. “Now I have two days off, but almost one and a half. But two days to practice, to rest a little bit and just try to be ready for that semi-final.”