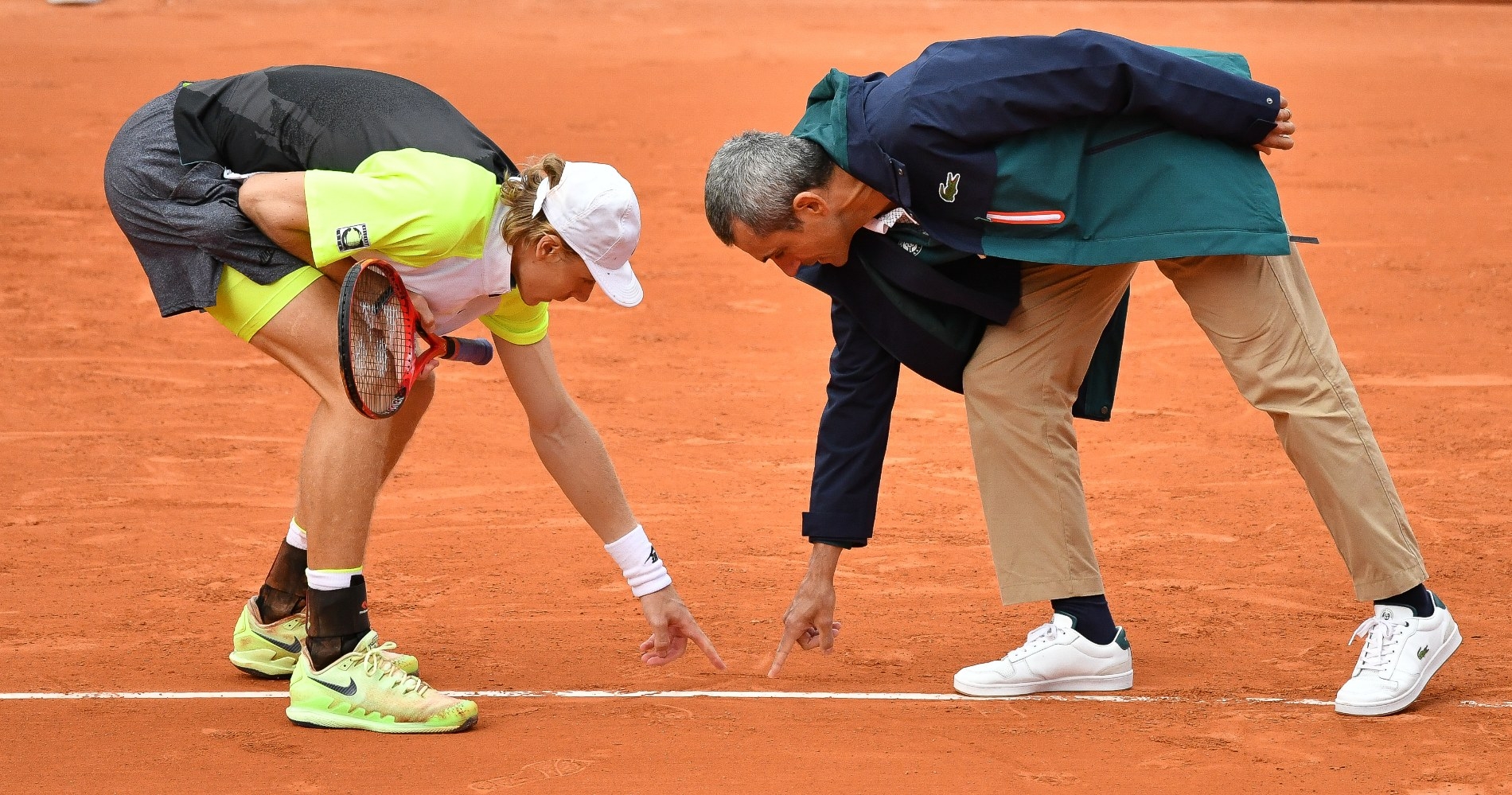 The fifth day of action at Roland-Garros saw the second-round action of the singles draws wrap up, as most matches went as expected with the exception of two huge upsets seeding-wise.

Here’s a look at where the draws stand in both the men’s and women’s side of things.

Djokovic is arguably man of the year, with his only on-court blemish being the US Open default. The world No 1 remains hot on his bounce-back after the unceremonious exit and dismantled Ricardas Berankis again after their matchup in Cincinnati by the score of 6-1, 6-2, 6-2, only taking 82 minutes and without surrendering a break.

The most outrageous stat, though, is the Serb’s 95 percent first serve points won percentage — he only dropped two points in total on his first serve.

Woman of the day: Fiona Ferro marches on

The French players might have had tough draws to start off the tournaments, but they also have been serving up some impressive results. Fiona Ferro toppled 14th seed Elena Rybakina to close out the day of action on the women’s side on Philippe-Chatrier.

After hitting 36 winners in her 6-3, 4-6, 6-2 victory, she remains as one of the three French players left in the women’s draw with Caroline Garcia and Clara Burel. 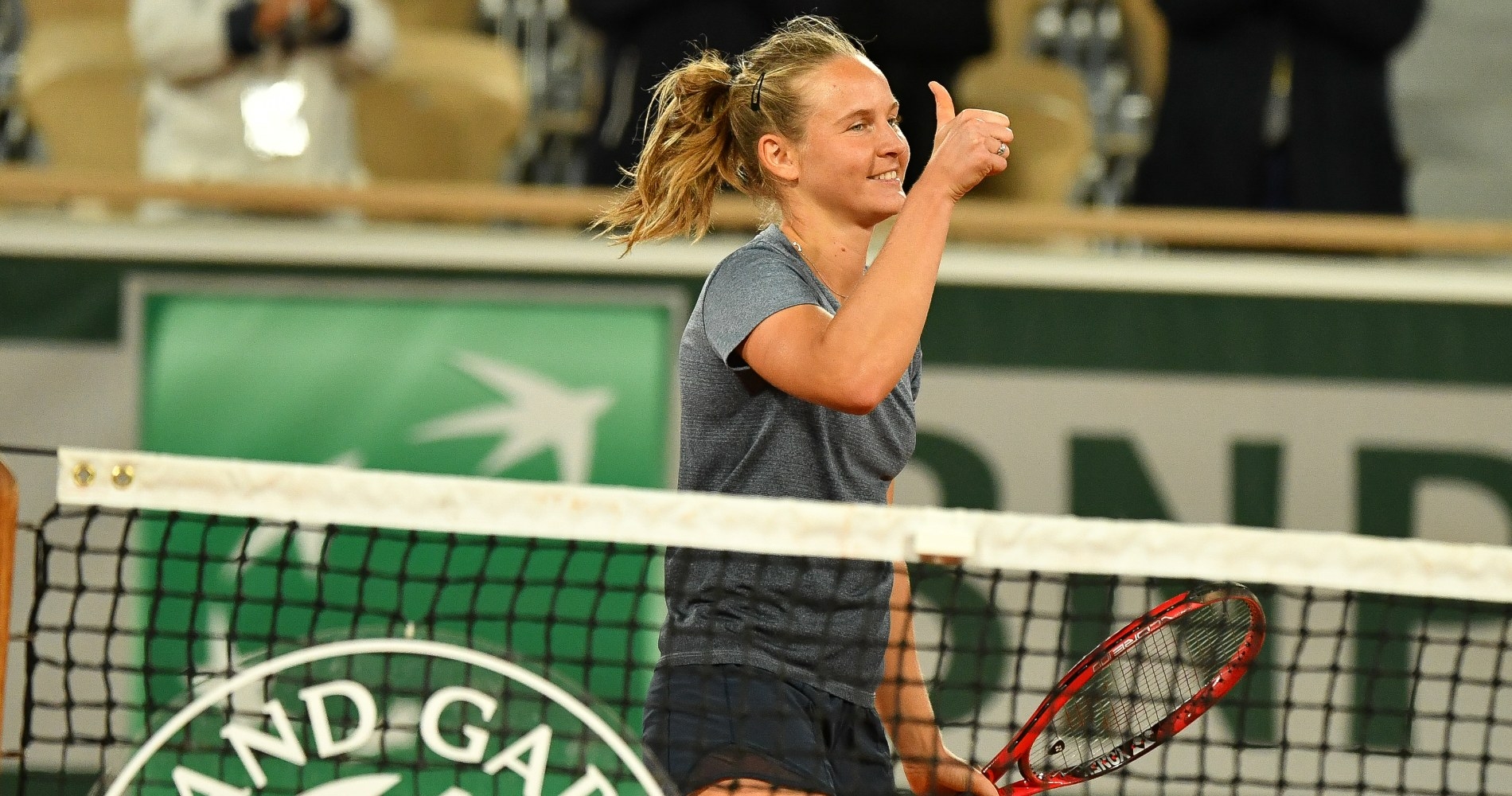 Another marathon French Open match kicked off the action today and it was one of the biggest upsets, as Roberto Carballes Baena dropped ninth seed Denis Shapovalov in a five setter, 7-5, 6-7(5), 6-3, 3-6, 8-6, that lasted four hours and 57 minutes. Although Shapovalov more than doubled his opponent’s winner total, committing 106 unforced error didn’t help his case. But more on this match and Shapovalov later.

News of the day: Disgruntled Shapovalov

Denis Shapovalov has had a really, really, really bad day at the Roland-Garros today. After suffering defeat in singles, he had a quick turnaround for his doubles match and lost that as well.

He then went on a tirade in the post-match press conferences, headlined by this quote: “These conditions were completely stacked against me.”

The Canadian youngster went off on the need of hawkeye on a potential match point against Carballes Baena. He then shifted to the scheduling of his round one doubles match being right after his almost-five-hour tussle, and wrapped up with complaints on the fake French Open bubble, where players could leave the hotel, especially in the second hotel.

It looks like Shapovalov is just as aggressive off the court with his words and frustrations as he is on the court.

When will we have Hawkeye on clay? @atptour @rolandgarros pic.twitter.com/neTqwglkbD

Big surprise: Ostapenko is back

It feels weird relegating the 2017 Roland-Garros champion to “big surprise,” but consider the match and the opponent, that might just be right. Karolina Pliskova is the highest seed to fall so far, as Jelena Ostapenko beat her at ease, taking only an hour and 10 minutes to win 6-4, 6-2.

Picture of the day: Sunny Roland-Garros

This was a good sight to see in the morning. After a couple days of cold weather, cloud cover and rain, this nice picture of Court Philippe-Chatrier in nice French weather was captured. 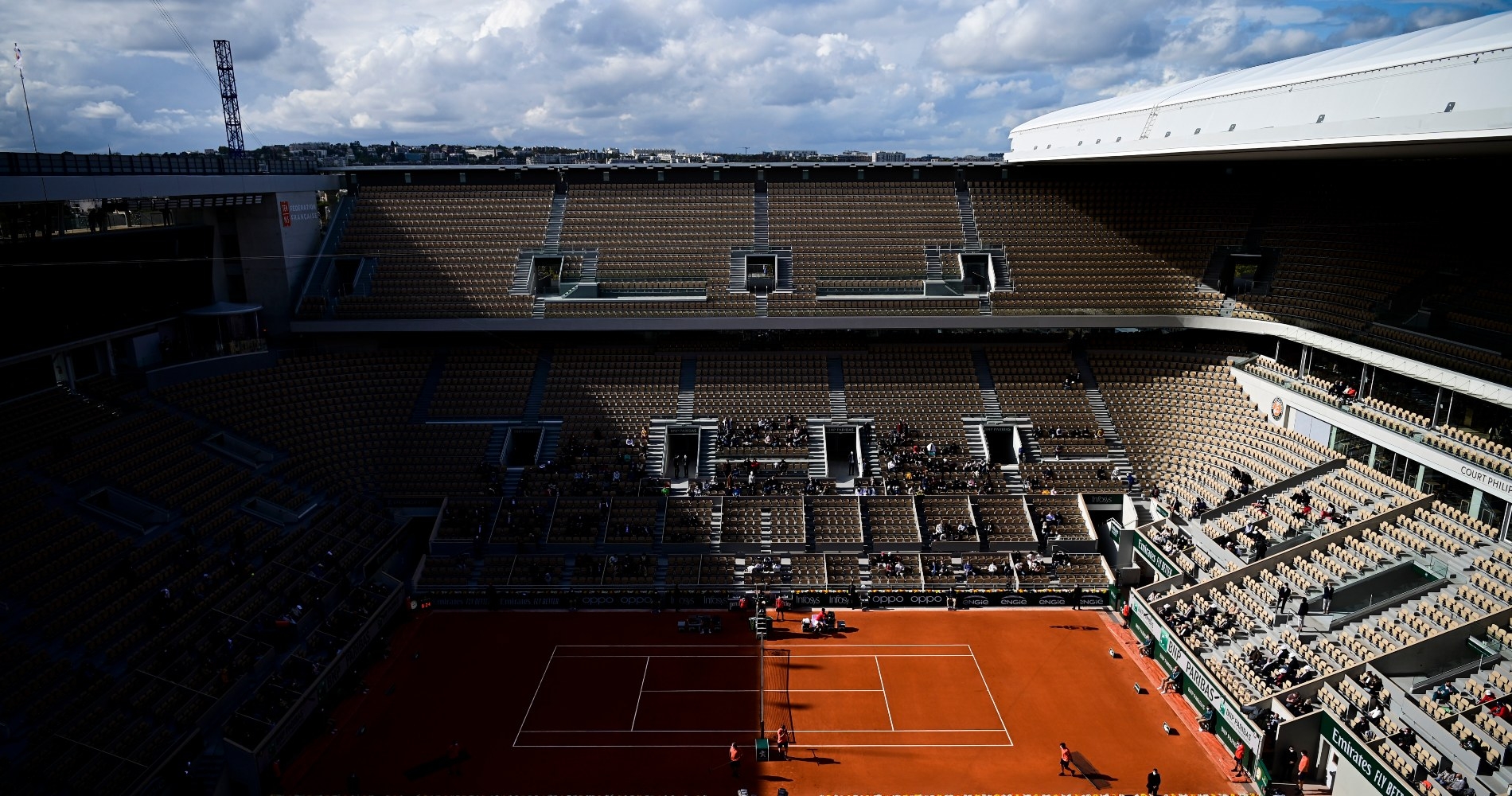 Quote of the day: Patrick Mouratoglou on Serena

In an exclusive interview with Tennis Majors, Patrick Mouratoglou dissected Serena Williams’ withdrawal from the French Open with an Achilles injury. After sustaining the injury in the US Open, Williams didn’t have enough time to recover and the injury was aggravated in round one. The huge concerns with an Achilles injury on her movement and further aggravation prompted her tough decision.

“Ideally, it would stay like that until the end of the tournament and staying like that was already too much, but the most probable evolution was that probably the inflammation would continue to grow because the matches are very aggressive for the Achilles tendon,” Mouratoglou said. “At some point you feel like she will not be able to win the tournament and she takes a risk that’s not worth taking. She would 100 percent take the risk to have something bad if she think she could win the tournament but if she’s too limited in her movement, then it’s impossible to win a tennis match and it doesn’t make sense.”

The shot of the day came from the day’s biggest upset, as Ostapenko found this perfect drop shot while attacking the net to set up her second break to clinch her victory over Pliskova.

Day 6 sees the tournament going into the third round, where some seeds are bound to match up against each other. The match to keep an eye out on is definitely the first match at Chatrier, where the red-hot Casper Ruud will take on third seed Dominic Thiem.