It will be a fascinating rematch at Roland-Garros as two of the tour’s most exciting young talents face off in the quarter-finals. 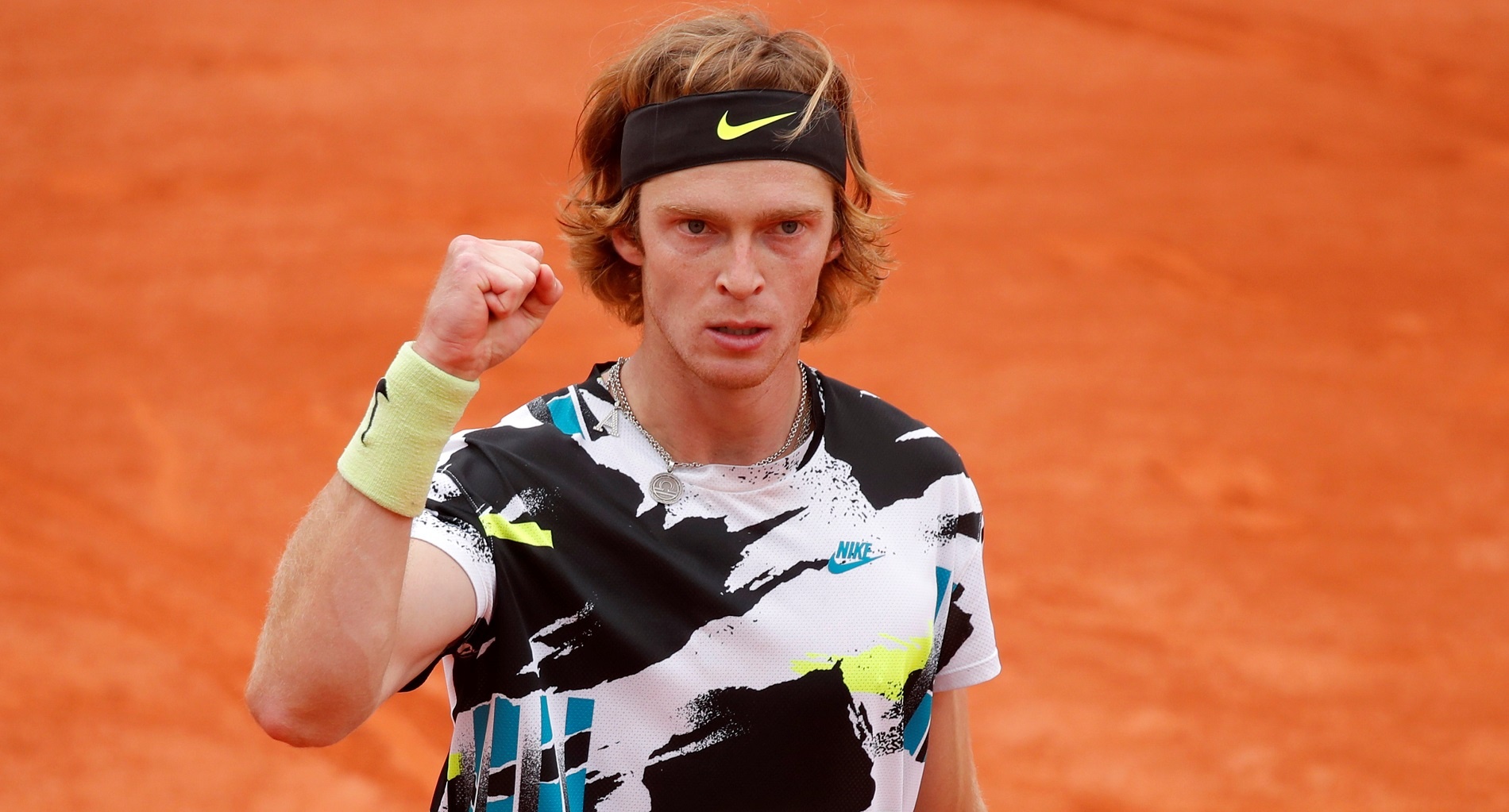 Andrey Rublev came through a gruelling four-set encounter against Martons Fucsovics at Roland-Garros, 6-7(4), 7-5, 6-4, 7-6(3) – and set up a fascinating quarter-final clash with Stefanos Tsitsipas.

The pair played each other just over a week ago – when they faced off in the final of the German Open in Hamburg.

And that successful campaign seems to have set him on a firm course in Paris – giving him the confidence and power to battle through, even against a tricky opponent like Fucsovics.

“I expected a match exactly like this,” said Rublev afterwards, acknowledging how hard he had been made to work.

Fucsovics had a break advantage in the second and third sets – and even had three set points in the fourth.

But the 22-year-old Russian won 11 of the last 14 points on offer to secure his place in his second successive Grand Slam quarter-final.

Tsitsipas, meanwhile, had another tough task, facing former Top 10 player Grigor Dimitrov, but he completed the job in straight sets, 6-3, 7-6(9), 6-2 to become the first Greek man into the French Open quarter-finals.

But he was pushed hard in the second set, when his opponent took him all the way in a lengthy tie-break.

“I felt comfortable,” said Tsitsipas afterwards. “You don’t really know what to expect. We have a similar style of play. I knew if I could be as aggressive as possible…to create opportunities, they were eventually going to come. It was high-quality tennis from both of us.”

The 22-year-old also took a medical time-out for a problem with his eye, which was visibly swollen when he did his on-court media duties after the match.