All the biggest stories and results from the men’s draw at day 5 of Roland Garros, including an epic five-set defeat for Denis Shapovalov. 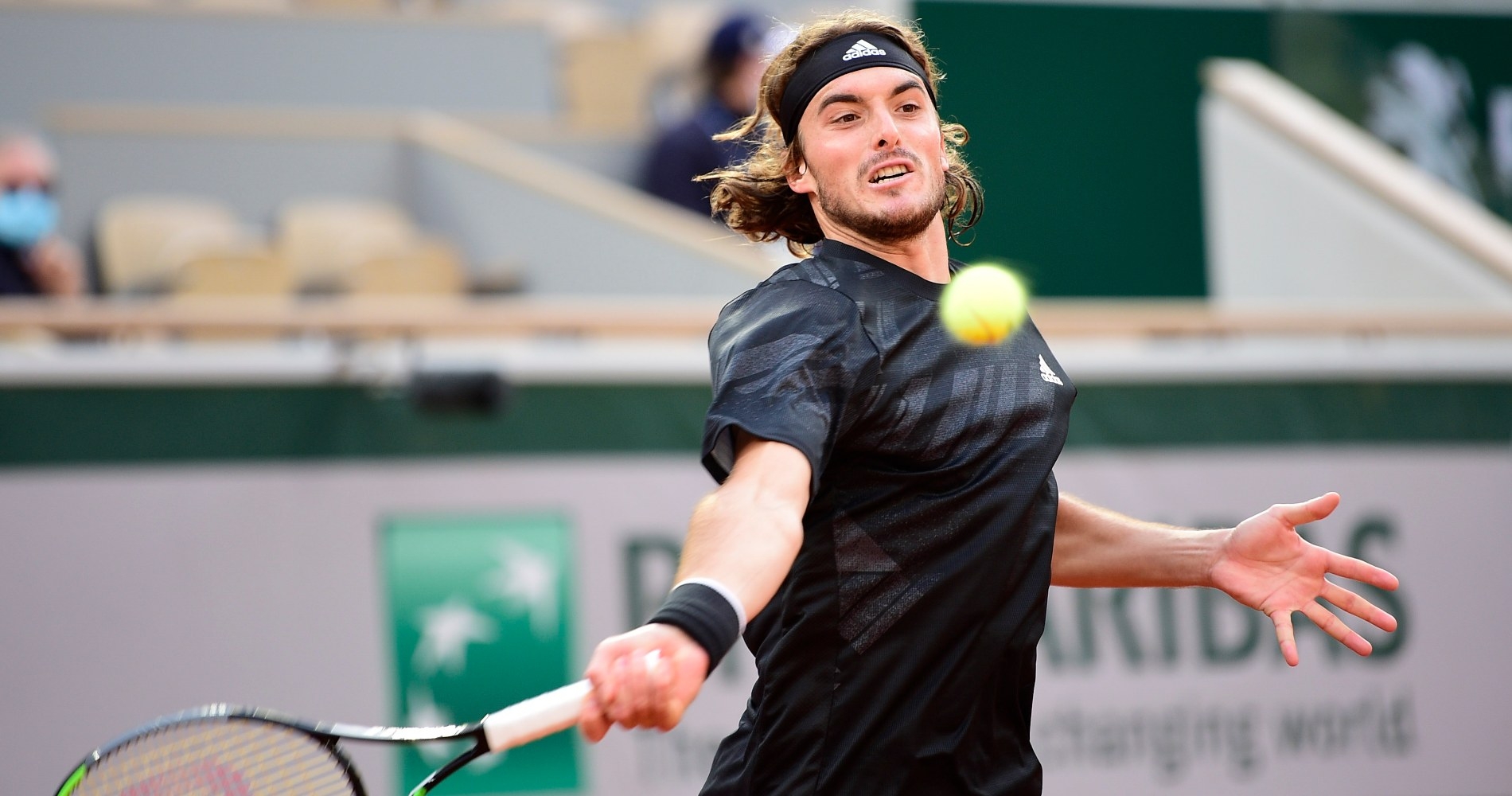 Even the most bold or foolhardy of gamblers wouldn’t have bet on anything but a straight sets victory for world No.1 Novak Djokovic. And that’s exactly what came to pass, as many people’s favourite for the title breezed past Ricardas Berankis 6-1, 6-2, 6-2.

It was almost as much as a breeze for fifth seed Stefanos Tsitsipas, who swatted aside the challenge of a clearly fatigued Pablo Cuevas 6-1, 6-4, 6-2.

There were also no such problems for Grigor Dimitrov, a straight sets victor over Andrej Martin, and US Open semi-finalist Pablo Carreno Busta who defeated Guido Pella 6-3, 6-2, 6-1. With Roberto Bautista Agut also wining in double-quick time, it sets up a mouth-watering clash between the Spaniards for a place in round 4.

It took Matteo Berrettini a bit longer to wrap up the action in day 5, but the No 7 seed prevailed over South African Lloyd Harris in four sets, 6-4, 4-6, 6-2, 6-3 to finish the nightcap. 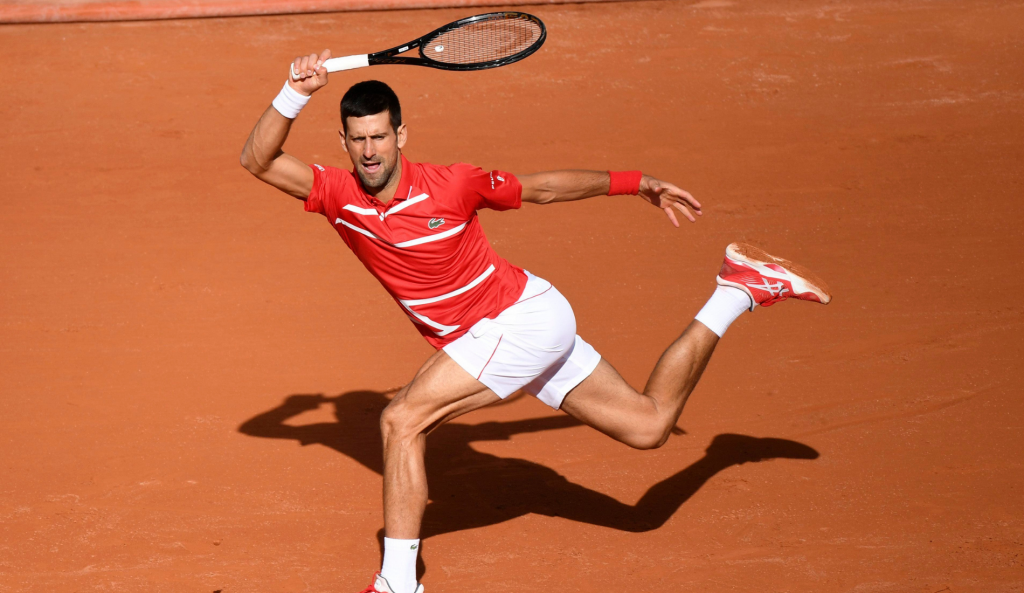 Easily the biggest surprise of the men’s draw on day 5 saw ninth seed Denis Shapovalov twice serve for the match before losing a five-set epic to Roberto Carballes Baena, the Canadian going down 5-7, 7-6, 3-6, 6-3, 6-8 in what was unquestionably the match of the day.

Fans of German tennis, of which there are many, would have enjoyed the battle between Jan-Lennard Struff and Daniel Altmaier out on court 13. But it proved an unlucky number for the 30th seed, who is also ranked 154 places above his compatriot. The score? 6-3, 7-6, 6-3 to Altmaier.

Two-time Grand Slam finalist Kevin Anderson might have slipped in rankings to the hundreds, but his serve is here to stay as he fired 18 aces past 22nd seed Dusan Lajovic despite being on this slow clay. The South African toppled the Serbian 6-2, 6-4, 4-6, 3-6, 6-3 to advance to the third round. 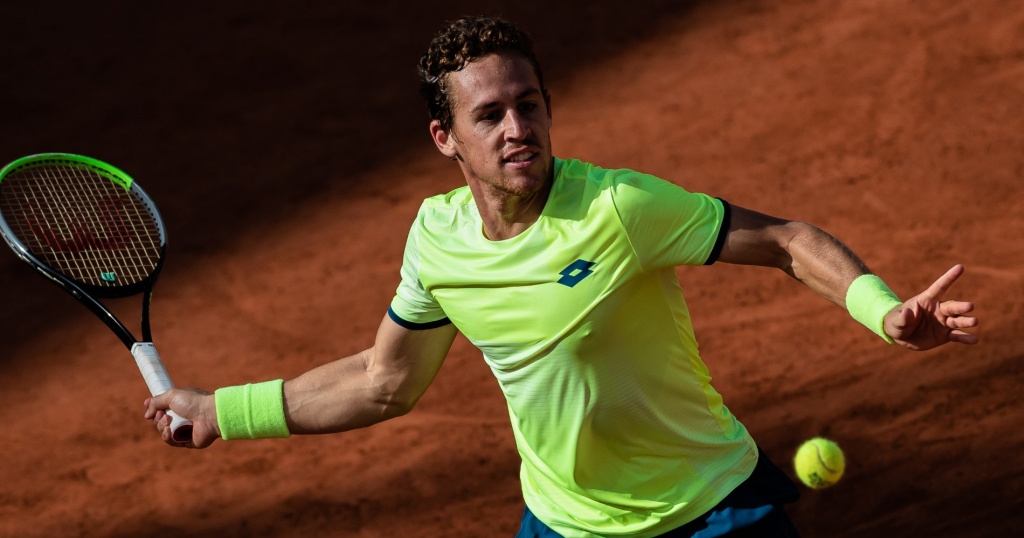 The aforementioned Shapovalov vs. Carballes Baena encounter wins the prize for epic match of the day, but there were two other matches that went over the three and a half hour mark. Out on Court 14, Karen Khachanov battled out three successive tie-breakers against Jiri Vesely before triumphing 6-1, 6-7, 7-6, 7-6. Another Russian to drop a set was Andrey Rublev, although it was no real struggle in the end, as he came through against Spain’s Alejandro Davidovich Fokina 7-5, 6-1, 3-6, 6-1 in 2h11m.

And, in a match lasting slightly longer at three hours and 41 minutes on Court 9, 20th seed Cristian Garin emerged victorious over Australia’s Marc Polmans, coming from a set down to win 6-7, 6-2, 7-6, 6-4.