Iga Swiatek came out on top of the surprise semi-final battle of the unseeded players, downing qualifier Nadia Podoroska 6-2, 6-1 in the pair’s first meeting. 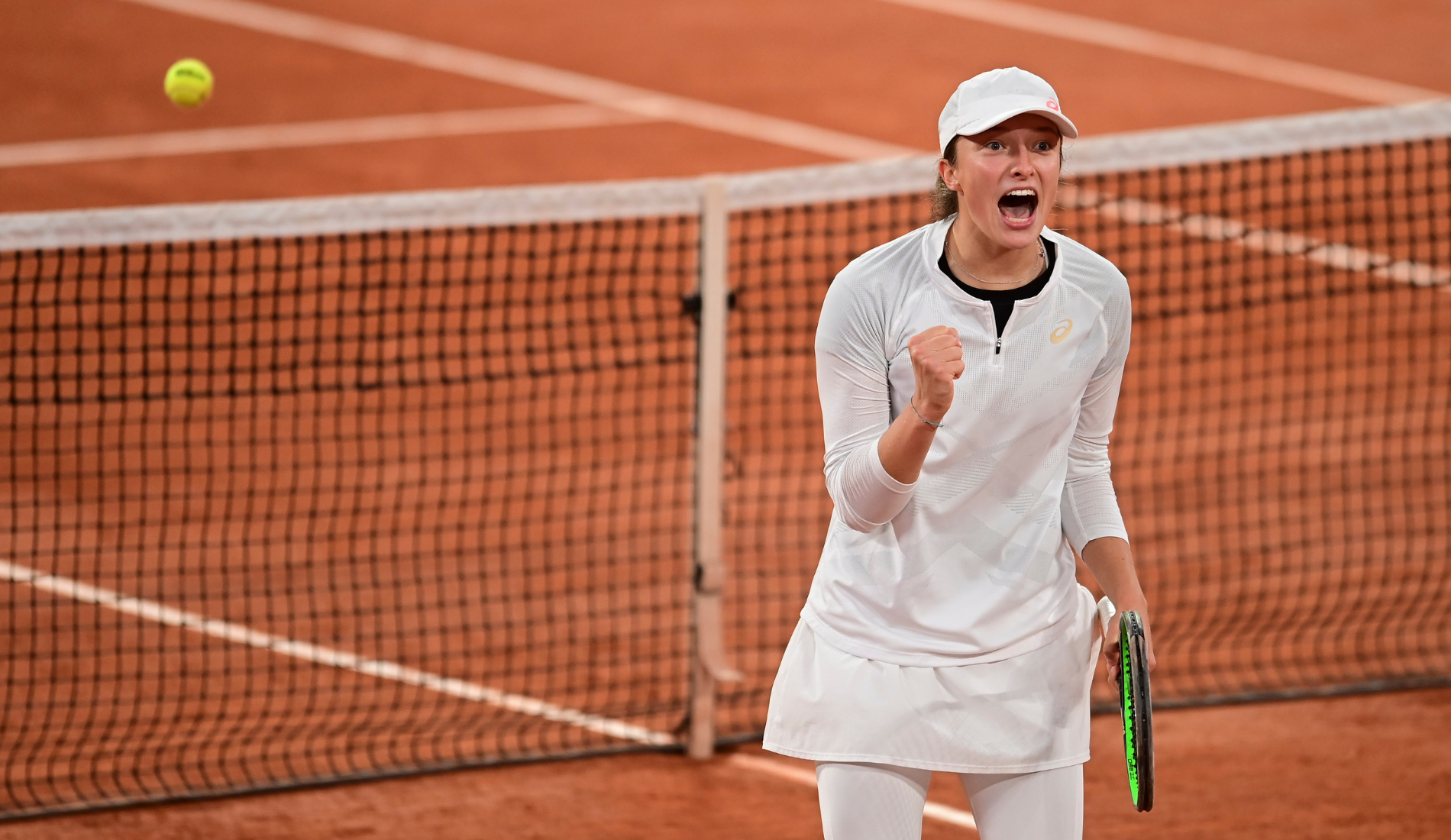 Following her quite sensational 6-1, 6-2 victory over top seed and World No.1 Simona Halep in the fourth round, 19-year-old Swiatek came in as the favourite against the qualifier, who ousted third seed Elina Svitolina in her quarter final.

And that favouritism proved justified as the big-hitting Pole dominated proceedings despite the swirling winds creating extremely tough playing conditions to book her place in the final.

“I’m kind of surprised because before the tournament I never would have thought I would play so good here,” said Swiatek after her impressive victory. “On the other hand, I always knew that if I’m going to be in the final of a grand slam it’s going to be French Open, so I’m really happy. It’s like a dream come true.

“Basically I wanted to play the match with aggression because I didn’t want to think I’m in the semi-final because it would stress me so I kept being aggressive like in the previous matches and I feel really lucky that I’m feeling good and nothing hurts me, so I hope I’m going to play a great match tomorrow in the doubles with my partner and the singles in two days.”

Welcome to the final 👏

19-year-old @iga_swiatek dominates Podoroska 6-2 6-1 to become the first 🇵🇱 woman in the Open Era to reach the title match in Paris.#RolandGarros pic.twitter.com/48CIv1C8vO

It was the Pole who grabbed the early initiative, her skills perhaps sharpened by her doubles involvement of the day before, grabbing the immediate break to go 3-0 ahead.

The wind was a factor, flag rigging audibly clattering against the masts high above Chatrier to create an almost eerie atmosphere with grey clouds racing overhead.

To give the amazing Podoroska some leeway, it was the Argentine’s ninth match including qualifiers, her march to the semis meaning she became the lowest world ranked semi-finalist in the open era. And it was something of a relief for neutrals of this great sport that she got on the board on her second service game.

Swiatek was pressed hard in the next, saving a break point as the match started to gain impetus. But the Pole has proved a relentless front-runner and closed out the opener in confident fashion with a second break of serve.

And the one-sided nature of the match continued in the second, Swiatek breaking early again and also hardly dropping points en route to a 4-0 advantage. Podoroska wasn’t going down without a fight, gaining her first break of the match to salvage some pride and the slightest glimmer of hope.

But Swiatek’s march thus far has been relentless and there was a feeling of inevitability about the match, the Pole rounding off a dominant 6-2, 6-1 victory.

Before today’s semi-finals, most experts were predicting the winner would come from the second seeded final between Sofia Kenin and Petra Kvitova. Is there now a new favourite?

“Petra is like a super star for many years and is really experienced so would be a tough match for sure and Sofia is like on fire this year so really I don’t want to think about it right now,” added Swiatek. “I’m just happy I’m in this final I don’t care what’s going to happen.”

Are you not entertained? 😁@iga_swiatek #RolandGarros pic.twitter.com/iecjfnfdXp