Home » News » Roland-Garros » This time watching from afar, Ivanisevic is an integral part of team Djokovic

This time watching from afar, Ivanisevic is an integral part of team Djokovic

Goran Ivanisevic is not at the 2020 French Open with Novak Djokovic, but his impact on the team can still be felt — just as it has been throughout the last few years. 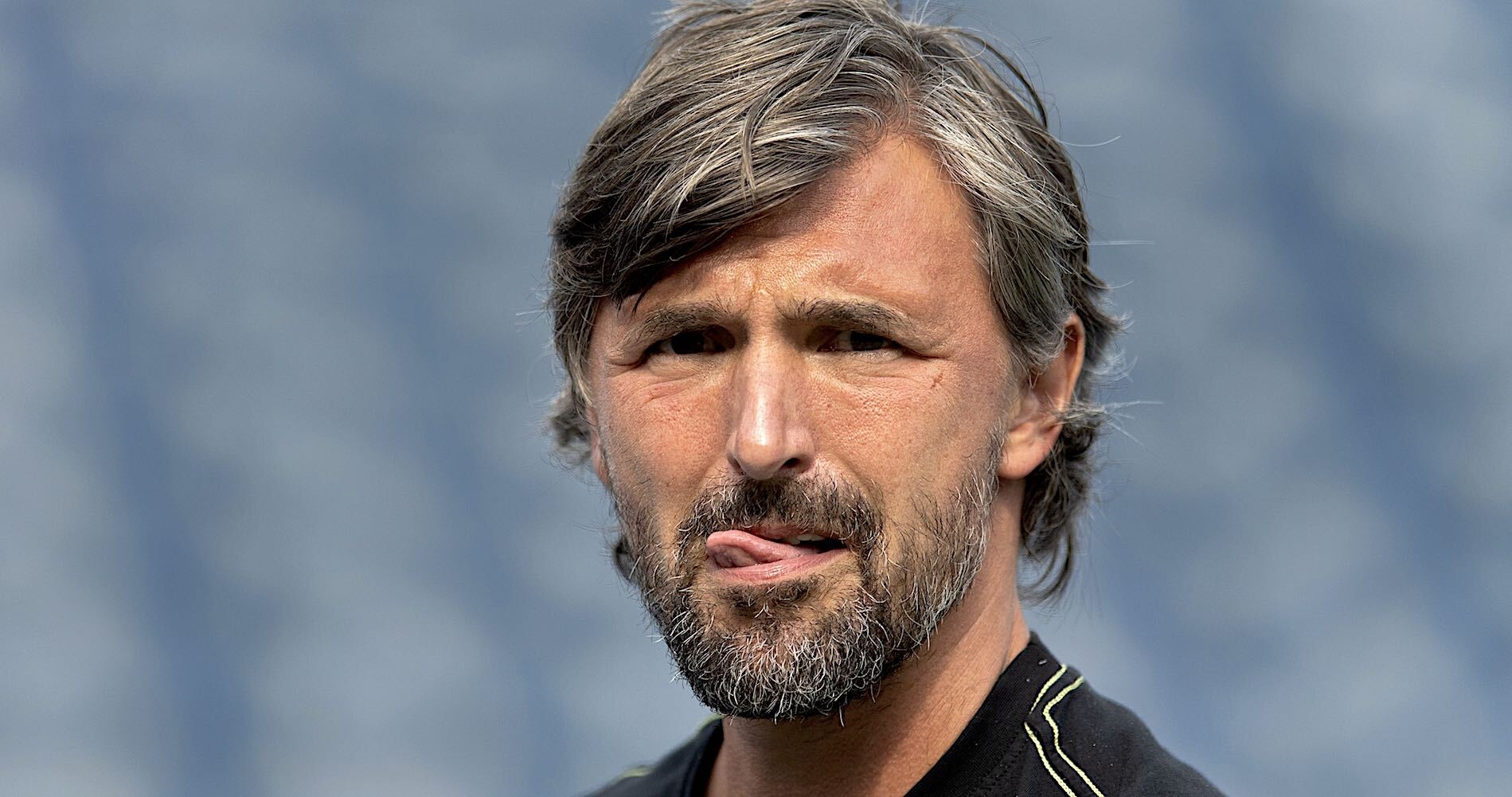 Sasa Ozmo
October 11, 2020
Rewind to Wimbledon 2019, when the rumours had spread around the grounds. A lot of my colleagues had texted me and soon everyone had their confirmation – Goran Ivanisevic, the 2001 Wimbledon champion, had become the newest member of Novak Djokovic‘s team in the role of tennis coach alongside Marian Vajda.
It was not out of the blue. Novak and Goran go way back to Djokovic‘s early teens in Munich and Ivanisevic always had nothing but praise for Djokovic, The Croat was one of the rare experts who hadn‘t written Novak off during his slump in 2017 up to Wimbledon 2018. He was the one who kept believing. He was loyal, which is a quality Novak holds in high regard; a trait that can earn you a place inside his inner circle. But it was not only that; on top of being a more than successful player — reaching a ranking as high as No 2 in the world and regarded as one of the best servers of his era. Ivanisevic also had an impressive coaching resume, winning the 2014 US Open with Marin Cilic and having also worked with the likes of Tomas Berdych and Milos Raonic. He had been at the top and had won and lost big matches both as a player and as a coach, giving him valuable experience.

“In my opinion, Rafael Nadal has no chance in these conditions, on this clay and with Novak, who has gotten into his head,” Ivanisevic said prior to this week’s quarter-finals, before backtracking just a bit. “I went a little too far, but in my opinion Novak is the number one favourite.”

The Croat, known for his bold statements and often the most sought-after former player when journalists speak to legends of the game at Grand Slam tournaments, did not say this lightly or without thinking it through. He has known Djokovic for more than 20 years and recollects their encounters at the Nikola Pilic Tennis Academy near Munich.

“Right away you could see a boy with a whole different mindset compared to the rest of his colleagues. He was a beast even back then and I knew that he was going to become a world class player. Sir Niko told me, ‘This kid is going to be No 1 in the world,‘ and I could tell that Novak was special. It is not only about forehands and backhands; it is a bigger picture — behaviour on and off the court, the x-factor that only a fellow player can see, just like a good football player easily recognises a bright talent. I have seen that in Novak, the qualities that you are simply born with.”

And Novak himself has said numerous times how much hitting with Ivanisevic meant for him at that time. Granted, Pete Sampras was Djokovic‘s number one idol, but with Goran he shared a similar background and mentality. He could relate to him more easily in the sense that “if he could succeed, so can I.”

“Above all, Goran is my friend, I have known him since I was 12 and we were always close,” the Serb said this January at the Australian Open. “It is a huge honour to have him as my coach.”

At the 2019 US Open, a shoulder injury forced Novak to retire during his fourth round match against Stan Wawrinka, but Melbourne was the place for Djokovic and Ivanisevic to shine together. And they did so in incredible fashion, with Novak beating Dominic Thiem in a five-set thriller and Goran putting his stamp on Djokovic‘s game on three of the most important points of that final. Firstly, at two sets to one down and facing a break point early in the fourth set, Djokovic served and volleyed and won the point. Down a break point in the fifth set, he employed the same tactic again and producing the same result. Finally, at 4-3 up and 30-30 in the fifth, he put in an aggressive second serve on the line for a service winner. It was a marvellously placed slice serve after which Djokovic fist-pumped to his box, Ivanisevic included.

“I have teased him in the locker room afterwards saying that I have always known that he was a serve-and-volley type of player,” Ivanisevic laughed. “He had just been saving it for important moments.”

In a bid to shorten points as he is nearing his mid-thirties, Djokovic has added a few kilometres per hour on his second serve, earning him a lot of free points and getting him out of trouble numerous times. It was visible in Melbourne and it has been seen again since the season restarted — the most recent examples his saving of break points against Casper Ruud in Rome and against Pablo Carreno Busta in the Roland-Garros quarter-finals.

“I am not here to change his motion or anything, but we did work on a few things that are paying off,” Ivanisevic explained to Sport Klub during the Australian Open. “Balance on the serve, toss of the ball, some other details. However, I can go on and on about how he should have more power on his second serve, but it does not serve the purpose if he does not feel comfortable with it. Novak is the one that feels it is the right way to go, so he is serving at 180-190 km/h, which is amazing — with not many double-faults, which is the most important thing.” 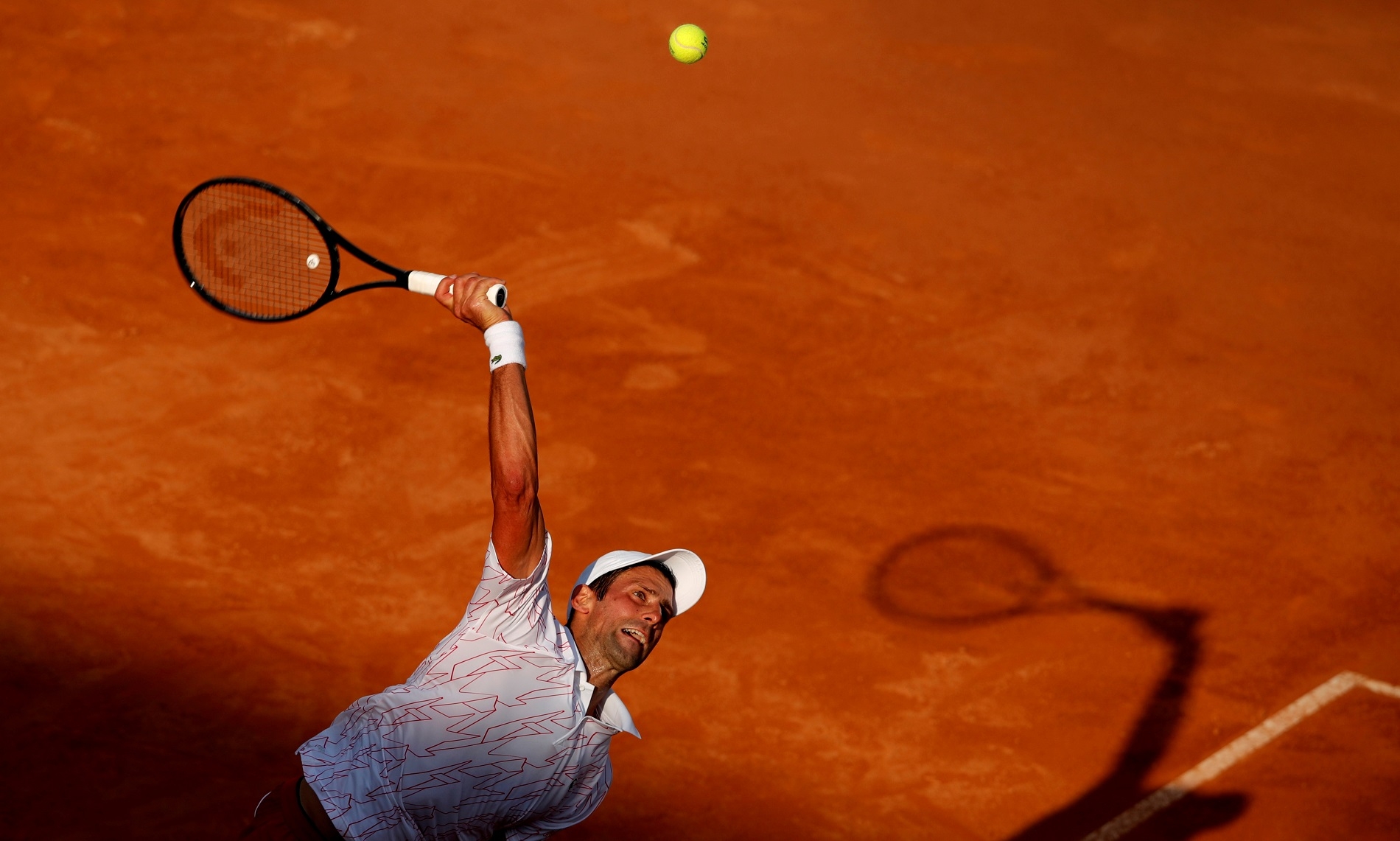 Also, Ivanisevic is not too keen on advanced statistics. He states that the stats do have a place in tennis but that the player has to rely on his instinct. Craig O’Shannessy, renowned tennis analyst, was a part of Team Djokovic from 2017-2019, but both of Novak‘s coaches — Vajda and Ivanisevic — agreed that there was too much information.

“They talk for three hours, about where that guy just served three years ago,” Ivanisevic noted. “Who cares? Too much information; in the end the players forget what they need to do and Novak needs to focus on his game. I have nothing against Craig and statistics are important. Marian and [I] go over it and then we present the filtered information to Novak. That is enough.”

Albeit somewhat different characters (Goran being more explosive and therefore more similar to Novak, as opposed to Marian — who is a more calming presence), Vajda and Ivanisevic get along very well. As Goran has stated numerous times, “Marian is the easiest man to work with.” Sometimes they have different approaches, but their messages to Djokovic are similar. Most importantly, the decisions are correlated and filtered, as Goran and Marian communicate all the time.

“There is always one of us at the tournament, but we speak in detail what it is that we want to accomplish, then we make a plan and pass the information to Novak,” said Ivanisevic.

Furthermore, Goran and Marian‘s influence on Novak goes beyond just helping him with his on-court game. With all three of them having a natural inclination to joking around and having a laugh, they produce a visibly enjoyable and relaxed atmosphere off the court, and it is this great chemistry within the team that also helps Djokovic when the going gets tough.

“Goran and Marian have a great relationship, transparent – it is based on both of them being tennis experts, but it is friendly as well,” Djokovic assured following his fourth-round win over Karen Khachanov. “I think that is the winning formula.”

Rest assured that Team Djokovic is brewing something for Sunday‘s final against Nadal. They are doing it together, as a family, and it might be Ivanisevic‘s out-of-this-world faith in Novak that tips the scale in Djokovic‘s favour against the King of Clay and 12-time French Open champion.