After admitting to being sick on court for his matchup against Jannik Sinner, Alexander Zverev has tested negative for COVID-19 to ease some speculations. 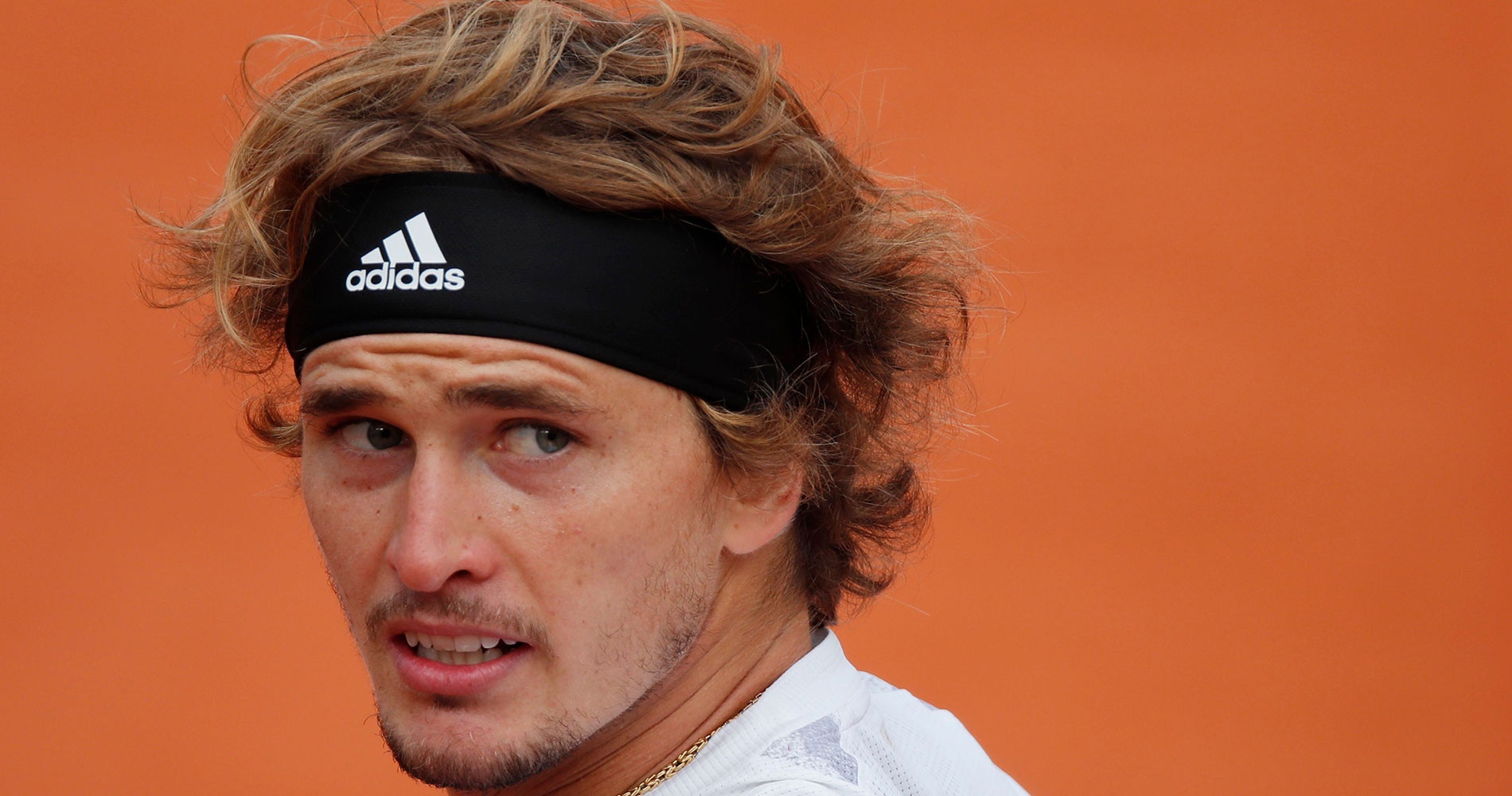 Alexander Zverev’s negative COVID result was announced by him officially on his Instagram stories late Monday night Paris time, updating everyone on his status while also giving his opponent Jannik Sinner credit for a good performance. 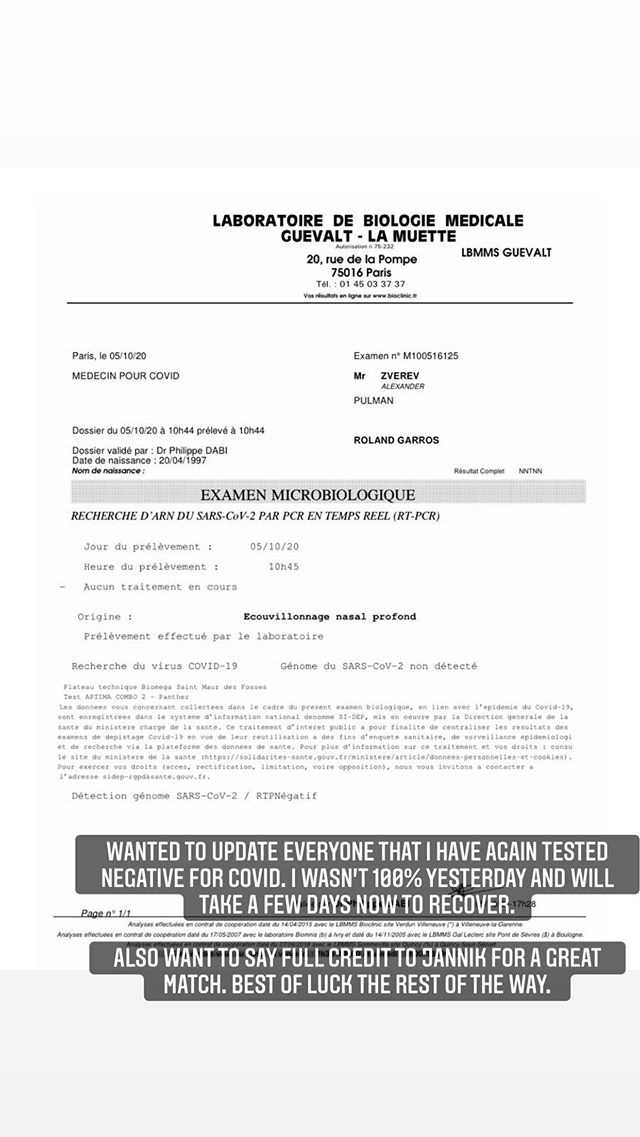 Zverev did not look like himself or in his hot form on Sunday, as the US Open finalist dropped a four-setter against Italian up-and-comer Jannik Sinner. Later in the press conference, he made a worrying admission on his personal health — stating that he was playing with a fever and shortness of breath.

This was along with the German commentary crew saying that he has been under the weather in the broadcast, as well as other details like him having a 38-degree fever after his match against Marco Cecchinato, and him admitting that he shouldn’t have played.

According to Roland-Garros’ regulations, a player has to be tested every five days and Zverev was due for one today on October 5, after testing negative on September 30. Fortunately, he tested negative despite showing symptoms that could be synonymous to COVID-19.

However, the rules of the tournament also suggests players, based off “a sense of civic duty and responsibility” to report to the officials shall COVID-19 symptoms arise, and the test result will determine if the player is subjected to removal from the facilities — which Zverev failed to fulfill.