After winning five titles in 2020, Andrey Rublev is into the ATP Finals for the first time, but, as he tells Tennis Majors, he wants it to be the first of many 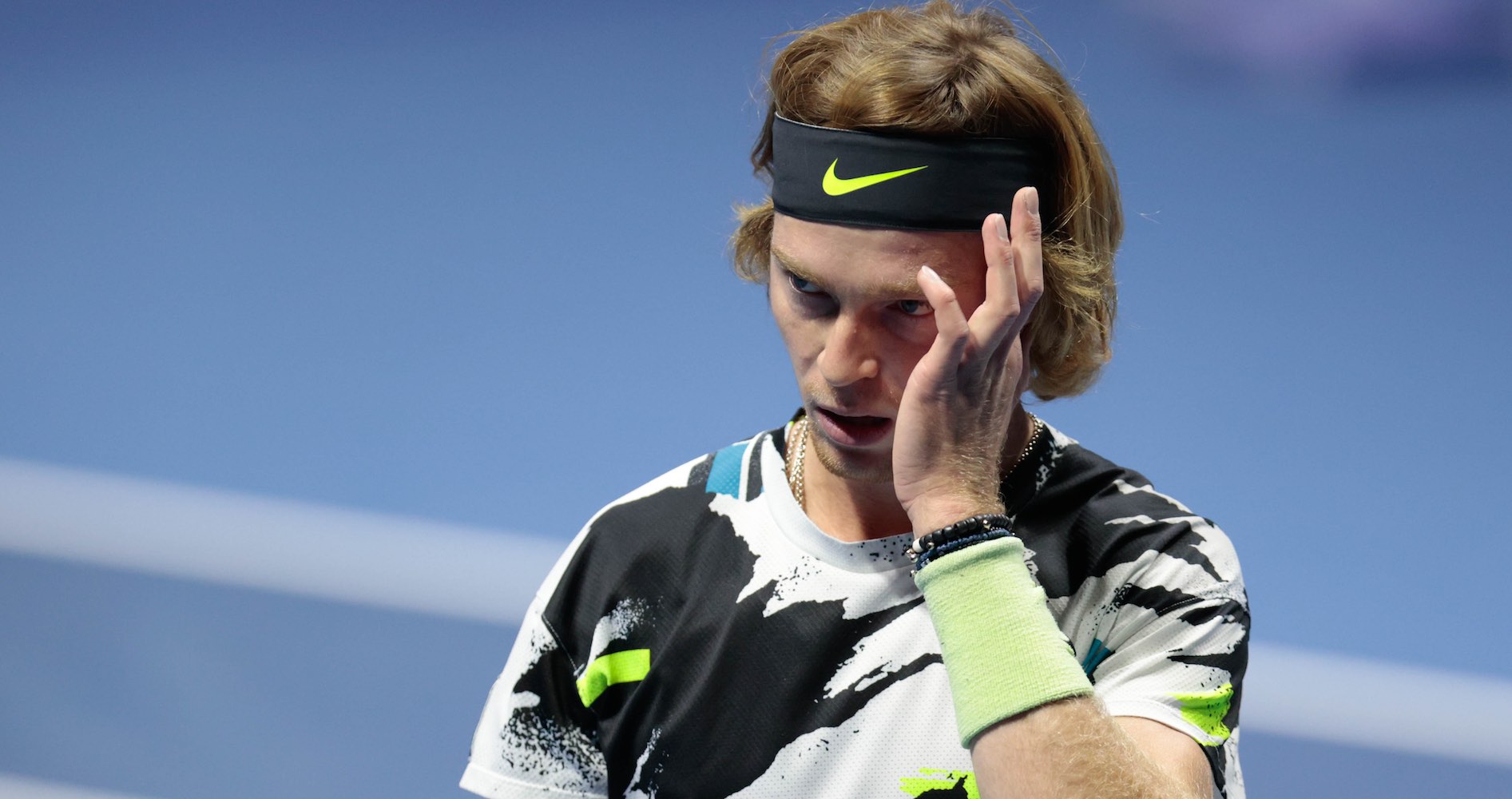 Russia’s Andrey Rublev has been the breakthrough star of the ATP Tour in 2020, climbing from No 23 at the beginning of the year to the world’s top eight and a place in the Nitto ATP Finals.

The 23-year-old has won five titles – two before the Coronavirus lockdown and three since the Tour resumed in August – and goes into the season-ending event as one of the most in-form players on the Tour, having won indoors in St Petersburg and Vienna.

But in an exclusive interview with Tennis Majors, Rublev said he won’t really feel like he belongs at the top until he’s done it on a consistent basis and that he does not want to go down in history as a one-hit wonder.

“Of course, it was one of the dreams to be here, to play here, to compete against all the best players in the world,” Rublev said on Friday. “So I’m really excited and looking forward.”

While world No 1 Novak Djokovic first played in the ATP Finals in 2007 and world No 2 Rafael Nadal made his first appearance the year before that, Rublev and Argentina’s Diego Schwartzman will be making their debuts in London. 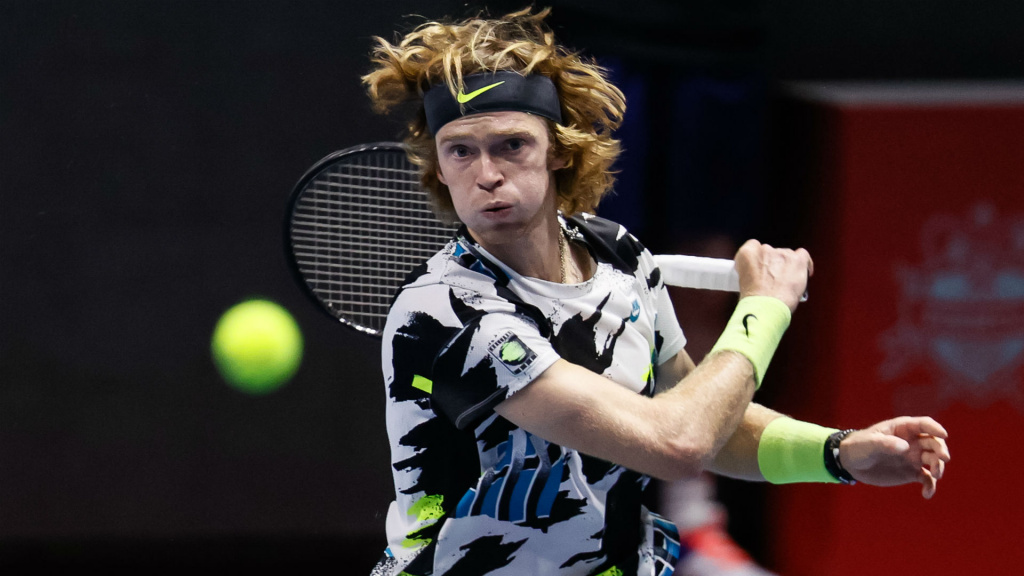 With his aggressive baseline game and ultra-competitive attitude on court, his performances in 2020, with a win-loss record of 40-8, make him many people’s pick to come through for the title in London. But despite his new exalted company, Rublev is not yet comfortable in his lofty surroundings.

“Not really, for the moment, not really,” he said, when asked if he feels he belongs. “I mean, of course, I understand that this year, yes, maybe my level is top 10 because I am top 10, but I don’t feel yet if it’s real. I hope it’s not going to happen, like it happened to many players, that they did an amazing season, they become top 10 and then suddenly they went out and they couldn’t come back.

“So the main goal for me is really to try to see if I can keep this level, if I can keep improving, if I can be here for a while and if I can compete against top players, (if I can) compete against top 20 players, because there’s so many things that I need to improve. And there are many guys who are doing some things much better than me. And these things I need to change and to improve them to be able to be here at this spot for a while at least.”

Rublev reached the quarter-finals at the US Open (losing to fellow Russian Daniil Medvedev) and then again at Roland-Garros, where Stefanos Tsitsipas knocked him out. Having come from two sets down in the first round, he carried the momentum to the last eight and though he eventually ran out of steam, good back to back showings at the Grand Slams showed him he is getting closer to where he wants to be.

“That tournament taught me that everything can happen, that each player, they have a great level, that each player can have an amazing day and you can beat any player. It taught me that even without showing good level, I still can win matches. And this is something nice to know, that even if I’m not in a good form and I’m not feeling the ball well I still can win matches, I still can go far in tournaments. I think this is really great. So we’ll see, we’ll see what’s going to happen.” 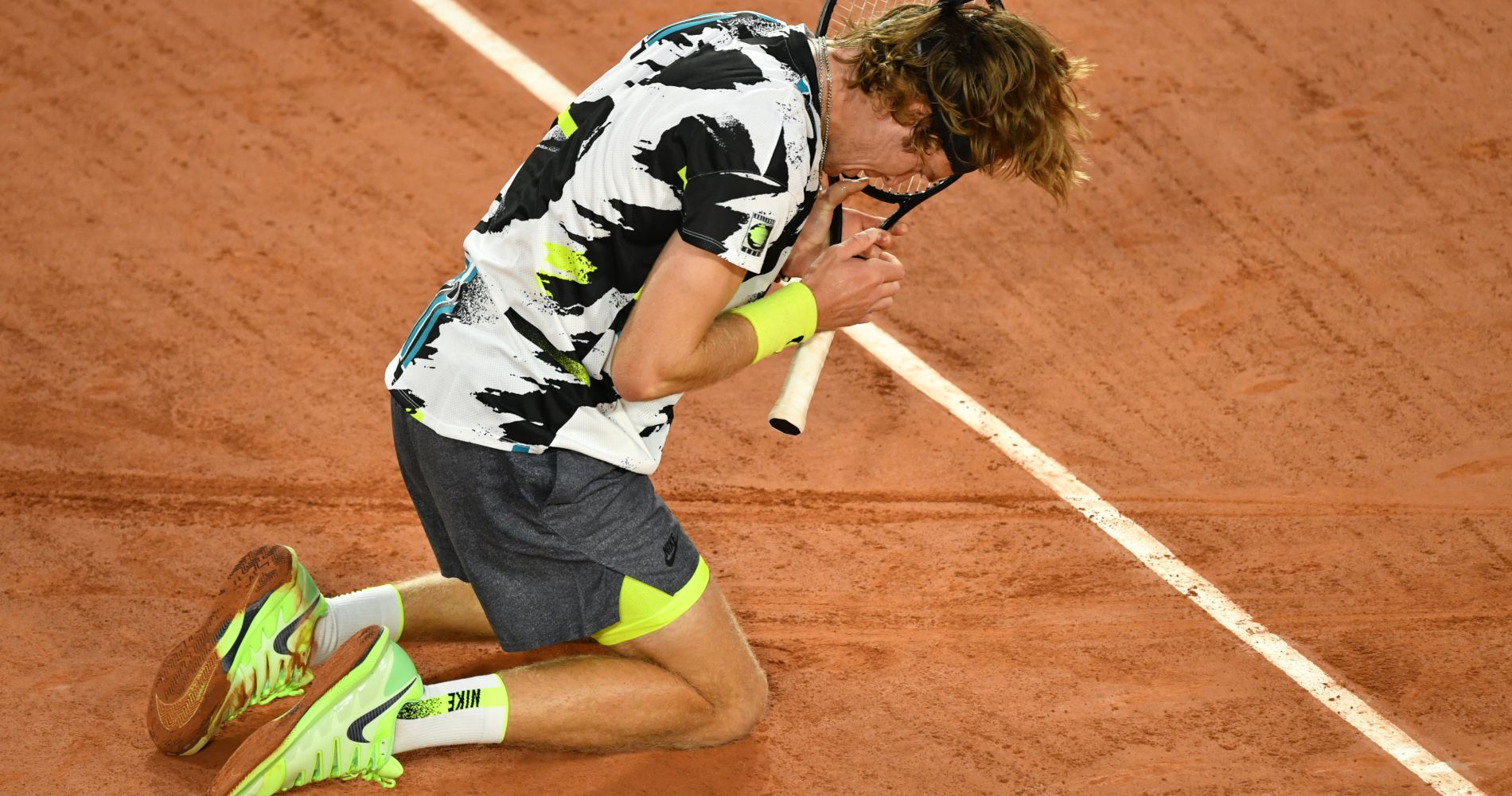 Rublev faces Nadal in his opening match on Sunday and whatever happens over the eight days, he will give his all.

“My hopes for this week are to show my best, to have a feeling when I go out, that I give my best and I can not judge myself (badly) for anything, to know that I give my hundred percent and I did my maximum, that I can do nothing better,” he said.