Twelve months after losing all three of his group matches, Daniil Medvedev beat Dominic Thiem 4-6, 7-6, 6-4 to win the Nitto ATP Finals for the biggest title of his career. 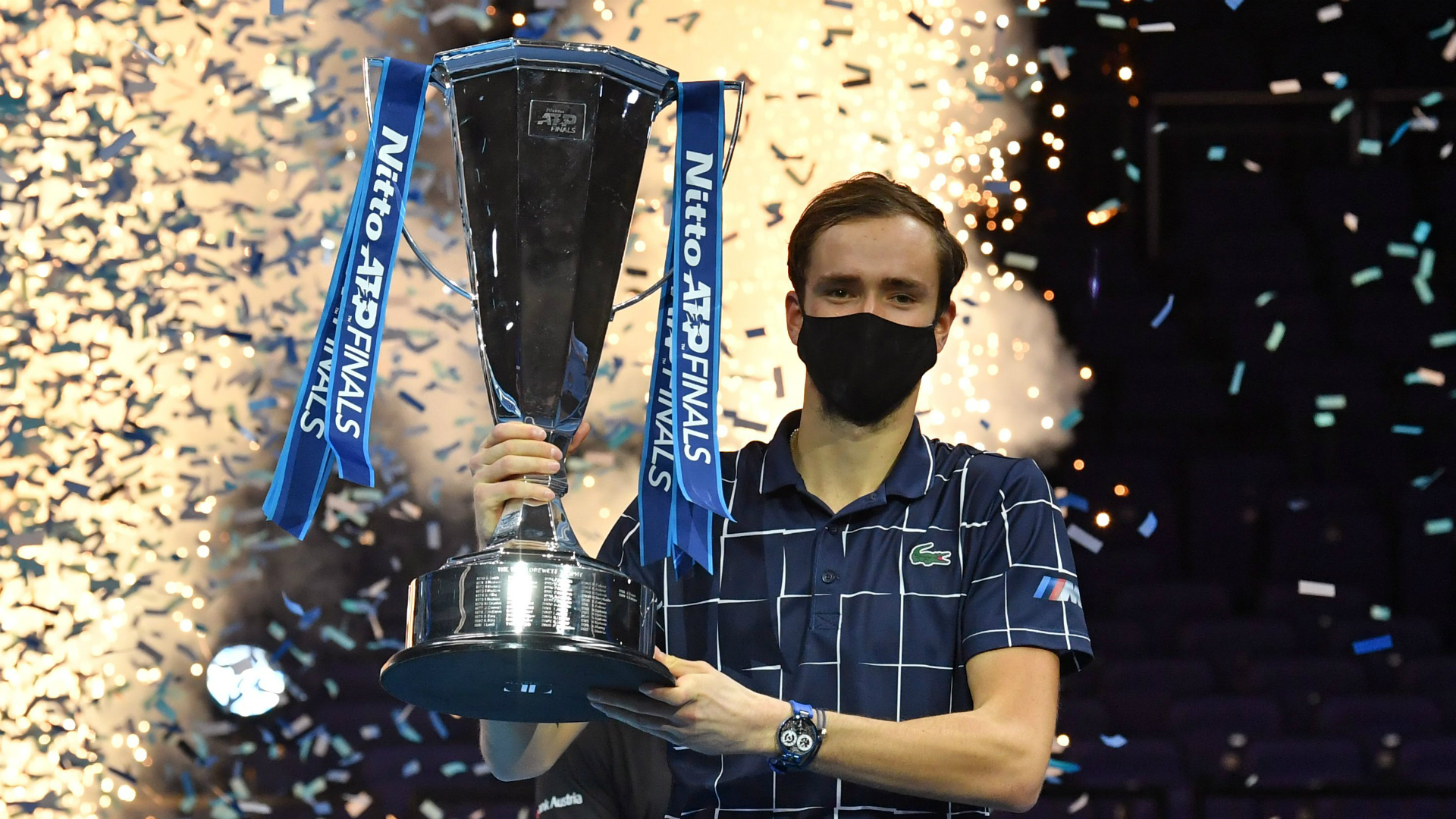 Daniil Medvedev is the Nitto ATP Finals champion for the first time after he came from a set down to beat US Open champion Dominic Thiem 4-6, 7-6, 6-4 in a gruelling final on Sunday.

Beaten by Thiem in the semi-finals of the US Open, the Russian snatched the second set on the tiebreak and broke the Austrian in the fifth game of the decider to clinch victory after two hours, 43 minutes. He is only the second Russian to win the season-ending event and he won all five of his matches this week.

“I was saying before this tournament it’s an amazing story here in London, where the tournament was for 11 years, first champion was Russian and last champion would be Russian. A lot of thanks to Nikolay Davydenko (the 2009 winner) for being an inspiration for many kids, like me, by winning here.”

MEDVEDEV'S THE MAN IN LONDON!

In the last ATP Finals match to be played in London before it moves to Turin next year, Thiem, the runner-up 12 months ago, looked the likely winner when he took the first set and then led 2-0 in the second-set tiebreak but Medvedev, throwing caution to the wind with a number of forays to the net, won seven straight points to level the match and then broke once in the third to clinch the biggest title of his career.

“What a match,” Medvedev said. “I think it’s probably one of the best victories of my career.”

Thiem had no complaints but was pleased with his efforts of the week.

“Of course I’m disappointed but at the same time I’m also proud of the performance and of the whole week.”

Biggest title of his career

Having beaten both world No 1 Novak Djokovic and No 2 Rafael Nadal on his way to the final, Medvedev is the first man to beat the world’s top three at the ATP Finals, and 12 months after losing all three of his group matches, he ends the year with the title.

Medvedev, the winner of the Paris Masters just a week before London, began the stronger, forcing Thiem to defend. But the Austrian, who won his first slam title at Flushing Meadows in September, saved two break points in the second game but he held firm and at 2-2, Medvedev let slip a game in which he led 40-0 to be broken, a shocking missed smash and a double fault putting Thiem ahead.

Using his slice to get Medvedev out of his rhythm, the Austrian maintained his advantage for the rest of the set but needed a big stroke of luck to finish it off, his attempted forehand pass cannoning off the top of the net and flying over the racquet of the Russian.

With the first set in the bag, it was Thiem who was the better player early in the second set and this time, Medvedev had to dig deep to stay in it. The Russian saved a break point at 2-2, and then two more at 3-3. Medvedev, who began to move forward more often than usual, then forced a break point of his own at 4-3 but missed a forehand and the set headed for a tiebreak. Thiem made a good start to lead 2-0 but Medvedev then won seven straight points to snatch the set and force a decider.

Medvedev is BACK in business 👊

Medvedev continued to go to the net whenever he could and Thiem was hanging on at the start of the third, saving three break points from 0-40 at 1-1 to stay on serve. But two games later, at the ninth time of asking, Medvedev finally got the break he wanted to lead 3-2.

Thiem forced Medvedev to serve it out and at 30-30 there were the first signs of nerves but the Russian closed it out in style to finish off a golden week.