Kim Clijsters is out of upcoming events in Miami and Charleston as she attempts to come back from both knee surgery and a Covid-19 case. Clijsters had previously been granted wild cards into both of those tournaments. 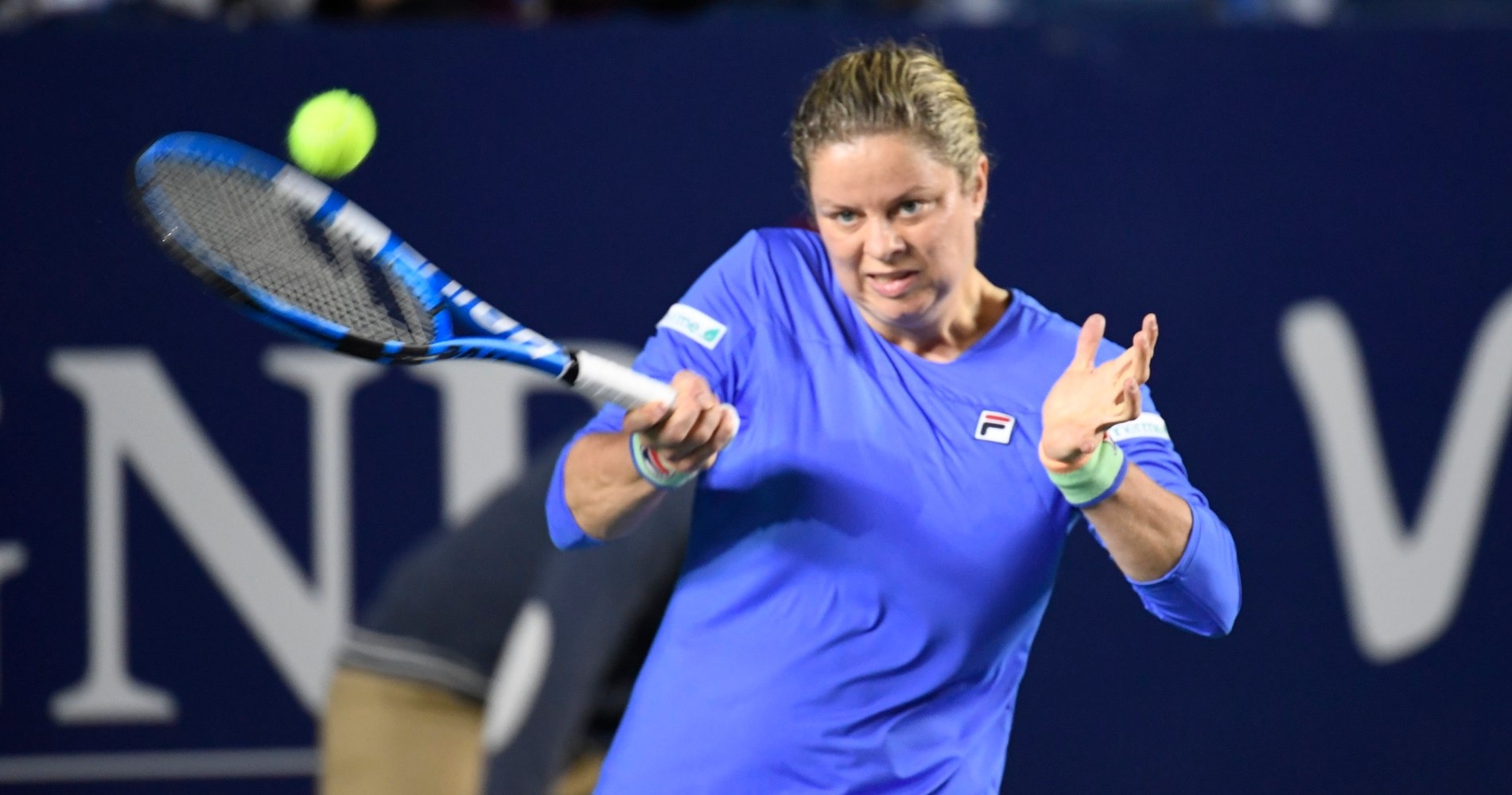 Tennis fans will have to wait at least another month to see Kim Clijsters make here 2021 debut. In fact, it is now unclear when the 37-year-old will make another comeback to tennis.

Clijsters’ latest comeback was scheduled to take place this spring in Miami and Charleston, as she was granted wild cards into both of those upcoming events. However, those plans were crapped when the Belgian announced on Sunday that she would miss Miami and Charleston. She underwent a knee procedure last fall and then dealt with Covid-19 (with mild symptoms) in January. Bouncing back from those issues has proven to be too tough for the four-time Grand Slam singles champion, who has returned to training but needs more time before resuming tournament competition.

“In October, I had surgery on my right knee to repair damage sustained over my career and to reduce pain,” she posted on Twitter. Results following surgery were good – rehab and recovery went well and I was feeling really positive. I had COVID in January and while the symptoms were mild, it did disrupt my training schedule.

“Unfortunately, I am not where I need to be especially if I want to compete with the best,” she posted on Twitter. “It’s disappointing and frustrating. I knew this was going to be hard when I started this journey. There have been challenges that are out of my control. I’m not ready to quit. I’m going to keep pushing and see what’s possible.”

Clijsters is no stranger to making comebacks. She has already retired and un-retired twice, most recently resuming her career last February in Dubai. In her comeback match, the former world No. 1 accounted herself well but lost to Garbine Muguruza. She also took the court in Monterrey last February and lost to Johanna Konta — also in straight sets. Following the coronavirus hiatus, Clijsters played a Grand Slam for the first time in eight years. She was on the brink of upsetting No 21 seed Ekaterina Alexandrova during first-round action at the US Open before eventually falling 3-6, 7-5, 6-1. Clijsters has not played since.

Wawrinka also out of Miami

Citing fatigue, Stan Wawrinka has withdrawn from this week’s ATP 500 tournament in Dubai in addition to the Miami Open. The Miami tournament has to be especially concerned that a top player is skipping without being injured. With Indian Wells once again not happening this season, players on both the men’s and women’s tours may not be overly enthused about traveling to the United States just for one tournament.

Roger Federer is also among those who have withdrawn from Miami, and he also pulled out of Dubai.