Tennis Majors > US Open > Belinda Bencic interview: “Now I don’t have to prove anything to anyone”

Belinda Bencic interview: “Now I don’t have to prove anything to anyone”

In an exclusive interview on the eve of the US Open, the Swiss tells Simon Cambers how winning the Olympic gold medal in Tokyo was the fulfilment of a lifelong dream 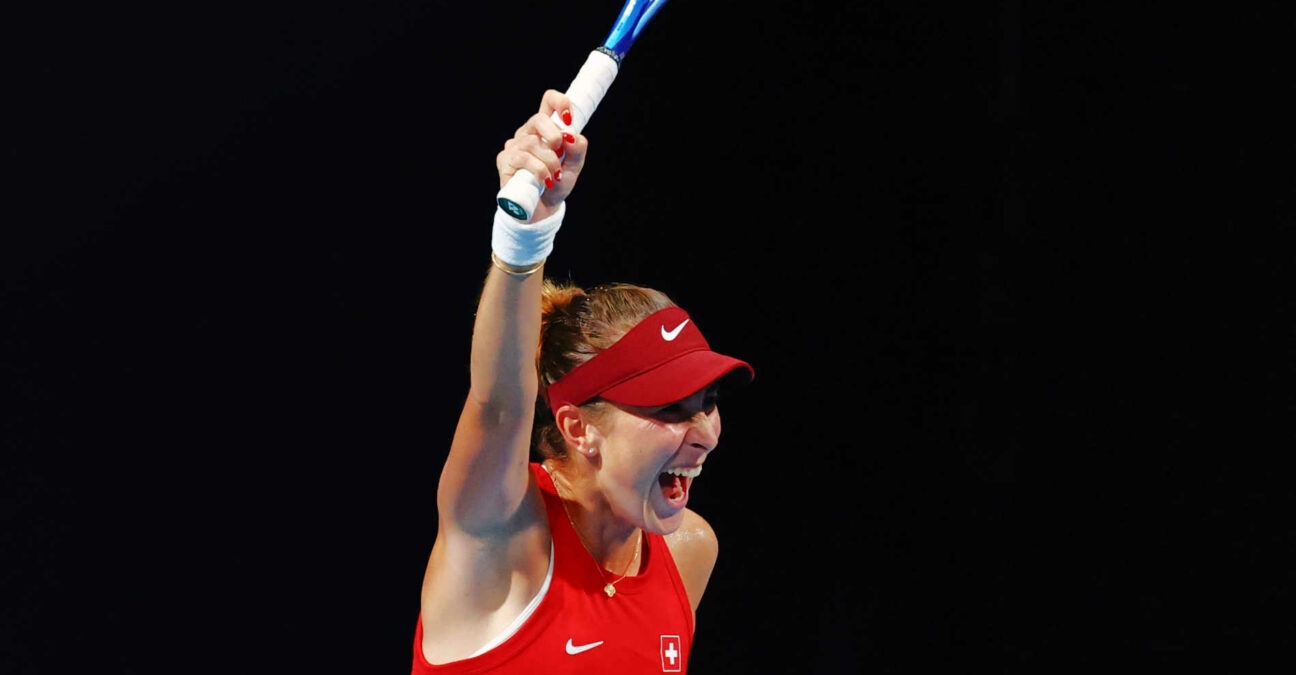 It’s a month since Belinda Bencic won the Olympic gold medal in Tokyo and not surprisingly, the Swiss has barely stopped smiling.

The 24-year-old world No 12 won the biggest title of her career when she beat Marketa Vondrousova to win the gold, a landmark achievement in anyone’s career. And she followed it with a silver medal in the doubles.

Bencic : “I achieved and fulfilled my dream”

As a junior world No 1 and Wimbledon girls’ champion in 2013 and with Martina Hingis’ mother as her coach when young, Bencic had long been tipped for the top. Until Tokyo, her potential was relatively untapped but everything changed for her when she put together a string of brilliant performances to take the title.

Becoming Olympic champion was a career-defining moment, validation of all the work she had put in and proof, to herself, at least, that she really was good enough to win one of the sport’s biggest titles.

“I genuinely feel that now I have nothing to prove to anyone because I kind of achieved my dream and fulfilled my dream,” Bencic told Tennis Majors in an interview from Flushing Meadows.

“I didn’t feel like I had to prove it to people. Because I learnt this very fast; that when you are a good player, then people will always say, oh, I always knew it. And when you are down, no one really cares about you and how you feel or how you do and people just write you off.

“So first thing, I do not care about what other people think and I feel like I’m doing well in it. But I wanted to prove to myself, of course, because you work all your life for something and winning a grand slam or winning Olympics or being number one in the world is one of the three things that was my dream, or is my dream.

“So achieving it, for me, it’s a big satisfaction for sure. And I feel like all the work I’ve done actually was meaningful and I did it for something.”

When she watched Roger Federer, her countryman…

Bencic said she had always wondered what it might be like to be standing on court, with a point to win the biggest title. When she watched the likes of Roger Federer, her countryman, trying to finish off a match, she was nervous. When it came to her own turn, she stood tall.

“Now I was in this moment, I never had it before before, and I was super happy I converted the second match point, so it wasn’t too much of a struggle,” she said. “I was also super nervous. I was just really focusing on putting the ball into the court. And I think my coach was also happy that I didn’t try to go for something crazy.

The most intense feeling was like the relief. All the stress just suddenly fell down.

“I think the most intense feeling was like the relief. I was so relieved when I did it, like all the stress, just suddenly fell down. I didn’t have much time after for it to sink in or to settle down in my head. So that came much after – physically, I lost the high, but mentally I was still on a high, even days after.

“I think that was a little bit special for me to experience how these kind of things (are), even off the court, what happens, like all the attention after. So it was very interesting for me. Many people, good champions I talked with, they said it’s really important that you kind of take this time with yourself, with your family, with your friends, with your closest ones to kind of realise this and just be happy and not try to be too hectic in this moment.”

“For me, Olympics was always the biggest thing”

A brilliant ball-striker and clever tactician, Bencic has been past the fourth round of a slam just twice, both times at the US Open, in 2014 when she made the quarters and in 2019 when she reached the semi-finals.

For her, winning the Olympics meant just as much, if not more than it would if she one day tastes Grand Slam glory.

“I know maybe for some players it’s not so important, but for me, I always said Olympics is the biggest thing,” said Bencic, who was given a hero’s welcome on her return to Switzerland with fellow Olympic team members. “I was watching it when I was a kid. For me, the medal means everything. So it’s actually nice to see, for 22 years, I was sacrificing a lot of things. My whole family was sacrificing a lot of things.

“For all the people that helped me and to see that it paid off, winning such a big title, it’s a very nice feeling. I was really happy and grateful for them that it just kind of paid off finally. So I think it was a very nice moment.”

As she made her way through the draw in Tokyo, Bencic received numerous messages of support from friends and family, including from Roger Federer, who was following her progress as closely as anyone.

“He was very genuinely happy and it made me also very happy,” Bencic said. “Every match he was cheering for me and sending me nice messages. Just generally, even when you’re not asking him for tips, just talking normally, you can learn so many things (talking about) how you feel in this situation, how was it for you… It’s so much for me already and so many people don’t have that so I would call myself very lucky to have this kind of support.”

The Olympics effect: “Now I play just for fun, everything is a bonus”

The medals are stashed away safely at home but the effect of winning the Olympics cannot be understated. The confidence has been flowing through her veins ever since and she is looking forward to seeing what it brings on the court.

“There’s two kind of possibilities; either you have more pressure or you would be more relaxed. And for me in this moment, how I also felt in Cincinnati, I was more relaxed,” she said.

“So now what I play is just for fun, it’s for bonus,” she said. “I see it as an addition and that’s great. No one can take it away from you, so that’s why I feel very relaxed now playing and also in practice, a little bit more relaxed. Of course, you still want to win when you go to the court…but it’s more relaxed when you don’t.

I feel no pressure whatsoever coming here. I don’t feel like : ‘OK, I have to achieve this now because of the Olympics. Not at all.

With pressure off, high hopes in New York

Bencic has high hopes for a good run in New York, where she achieved her best Grand Slam performance to date two years ago in reaching the semi-finals. The Swiss plays Arantxa Rus of the Netherlands in her opener on Tuesday.

She is also looking forward to the moment when she’s introduced on the court as the Olympic champion, having had a taste of it in Cincinnati earlier this month.

“It was a nice moment,” she said. “Usually I don’t really hear these kind of things. But now I heard it. The people were cheering very much as well. So you feel like they really know, they really appreciate you, they really are happy for you. So it was very nice. And it also makes you realise a little bit more of the wow, I really did it. And this will forever be my kind of introduction when I go to the court.

“I feel in a good mindset. I’m very happy about being here. But also I feel no pressure whatsoever coming in here. I feel like I’m playing good, which is great, but I don’t feel like, OK, I have to achieve this now because of the Olympics. Not at all.”