Switzerland’s Belinda Bencic earned the biggest title of her career as she beat Marketa Vondrousova 7-5, 2-6, 6-3 to win the Olympic gold medal 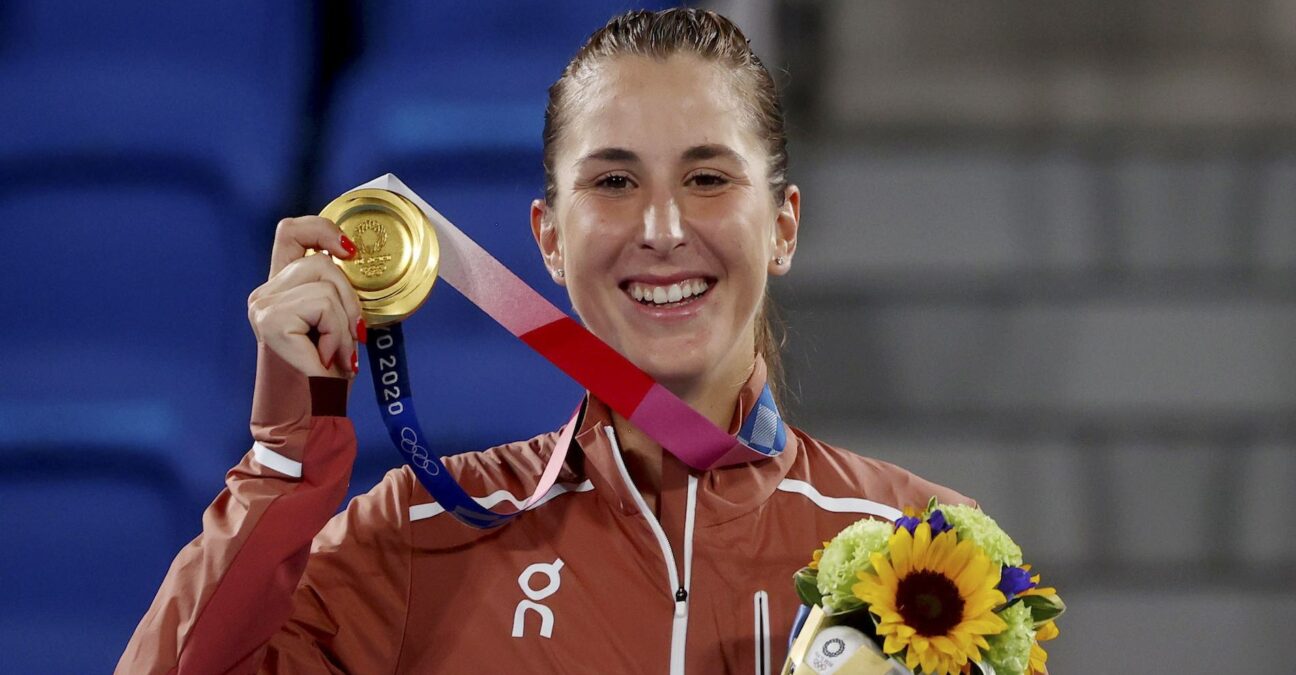 Belinda Bencic clinched the biggest title of her career as she held off a brave challenge from Marketa Vondrousova to win the Olympic gold medal, clinching a 7-5, 2-6, 6-3 victory in Saturday’s final.

Roger Federer, Martina Hingis and Stan Wawrinka all fell short of Olympic gold but Bencic, the No 9 seed, emulated the achievement of Marc Rosset in 1992 as she became only the second Swiss to win singles gold. And she might yet make it two, when she and Viktorija Golubic play Czechs Barbora Krejcikova and Katerina Siniakova.

The 24-year-old Bencic fell on to her back after Vondrousova’s return flew long, the joy written large all over her face as the enormity of her achievement began to sink in.

“I don’t know whether to laugh or to cry. I didn’t think it would be possible. I was fighting for my life, and it worked out.“I cannot believe it worked out.”

The Swiss began well, taking a 2-0 lead in the opening set, but both players were clearly nervous and Vondrousova, the runner-up at Roland-Garros in 2019, won three straight games to move ahead.

But Bencic, trying to take the ball early and stay tight to the baseline, broke back and then snatched the vital break in the 12th game to take the opening set.

Vondrousova goes on the attack

The left-handed Vondrousova had beaten Naomi Osaka on her way to the final and the Czech changed tack, going on the aggressive and it paid dividends immediately.

She broke serve in the first game of the second set and then repeated the feat as she stormed ahead 4-1. Bencic looked a little shell-shocked and Vondrousova, using her drop shot well and utilising the angles, quickly levelled to take the match into a decider.

Vondrousova had the momentum and broke serve in the opening game of the third set. At that stage, it looked like she would become the first Czech to win the Olympic title since the country gained independence but almost out of nowhere, Bencic hit back, breaking for 1-1 and then again to lead 3-1.

Suddenly it was the Swiss who was taking the attack to Vondrousova again, forcing the issue with her early-struck groundstrokes as she led 3-1, only for the Czech to break back.

After holding serve in a long game to lead 4-3, Bencic took a medical timeout to have her ankles retaped and the break allowed her to reset. She broke immediately for 5-3 and then saved three break points before taking her second match point to clinch a famous win.

Spurred on by support from Roger Federer

Speaking to reporters, Bencic revealed she’d had some words of encouragement from 20-times Grand Slam champion Roger Federer before her final.

“Roger Federer sent me a text this morning,” she said. “He wrote: today is a good day to realise your dreams”.

And her fellow players were also quick to congratulate her, with Czech Petra Kvitova and fellow Swiss Timea Bacinsky sending their best wishes.