Home » News » US Open » Djokovic after his US Open final defeat: “I was just glad that finally the run is over”

Djokovic after his US Open final defeat: “I was just glad that finally the run is over”

The world No 1 said he felt relief when his calendar-year Grand Slam bid was ended by Daniil Medvedev in the US Open final, but revelled in the support shown to him by the fans 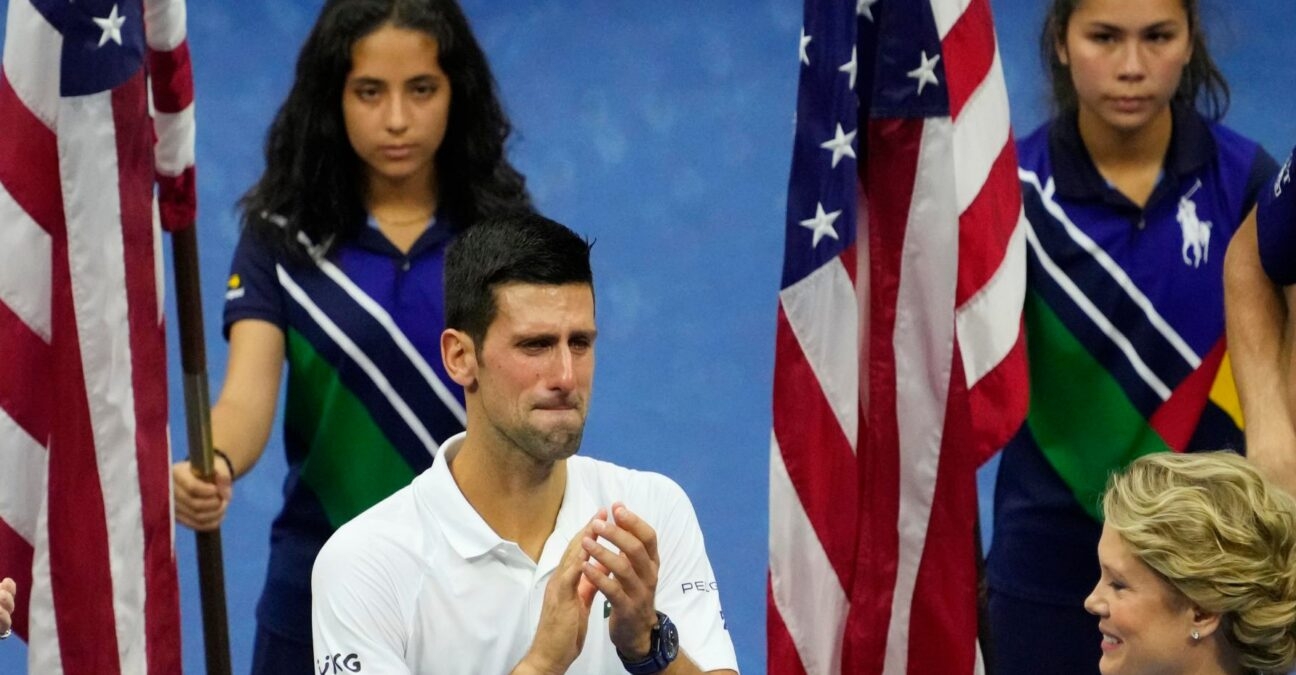 An emotional Novak Djokovic said he experienced a mixture of relief and gratitude after his hopes of completing the calendar-year Grand Slam were ended by Russia’s Daniil Medvedev on Sunday.

The world No 1 was in tears after his 6-4, 6-4, 6-4 defeat as the emotional and physical effort of getting so close to the line came out on court, and in his press conference shortly after. 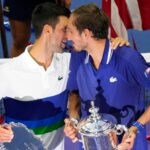 “Of course you have to improve, because to stagnate means to regress in this context,” he told Serbian reporters. “Without practice, on the court and off it, there are no results. The more the time goes for us older players, it is twice as hard to stay at the top compared to younger players, and to contend for major titles. I am aware of that and I am not worried, it is a natural cycle in life.

“On the other hand, I do not feel old, I do not feel that my body is worn out. Of course, my life is completely different right now, I am a husband and a father, I have different priorities when you look at life as a whole. I want to spend more time with the kids, I have promised myself that… My absence hurts me a lot (tearing up)… Uhh… I am sorry (gets up and leaves).”

Relief after emotions of chasing history

As he sat on his chair at the side of the court as he awaited the trophy ceremony, Djokovic said he felt relief.

“I was glad it was over because the build-up for this tournament and everything that mentally, emotionally I had to deal with throughout the tournament in the last couple of weeks was just a lot,” he said. “It was a lot to handle. I was just glad that finally the run is over. At the same time I felt sadness, disappointment, and also gratitude for the crowd and for that special moment that they’ve created for me on the court.”

Djokovic: “I experienced something I never felt in my life in New York”

Djokovic had the New York crowd behind him throughout the match and especially toward the end, when he tried to mount a comeback in the third set. It was ultimately to no avail, but the response of the New York crowd meant a lot to the 34-year-old, as missing out on becoming the first man since Rod Laver in 1969 to win the Grand Slam – and on a record 21st major title – began to sink in.

“It’s a tough one to swallow, this loss, I mean, considering everything that was on the line,” he said.

“But on the other hand I felt something I never felt in my life here in New York. The crowd made me very special. They pleasantly surprised me. I did not know, I did not expect anything, but the amount of support and energy and love I got from the crowd was something that I’ll remember forever. I mean, that’s the reason on the changeover (at 5-4 down in the third set) I just teared up. The emotion, the energy was so strong. I mean, it’s as strong as winning 21 Grand Slams. That’s how I felt, honestly. I felt very, very special.

“They touched my heart, honestly. Of course, in the end of the day you want to win. You’re a professional athlete. These are the kind of moments that you cherish. These are connections that you establish with people that will be lasting for a very long time. It was just wonderful.”

Djokovic on the changing of the guard: “The new generation are already here”

Djokovic remains world No 1 but Medvedev is chasing him hard and the Serb agreed that the new generation is already here.

“The older guys are still hanging on,” he said, of himself, Rafael Nadal and Roger Federer. “We’re still trying to shine the light on the tennis world as much as we possibly can. I’m speaking on my own behalf. I still want to keep going, try to win more slams, play for my country. Those are the things that motivate me the most I think at this point.

“But the new generation, if you want to call them this way, is not anyone new. It’s already current, established. Of course, they are going to take over. I think tennis is in good hands because they’re all nice guys and very, very good, high-quality tennis players. They got something to offer on and off the court.”