Home » News » FAA: “I’m more and more confident I can be at this stage more often”

FAA: “I’m more and more confident I can be at this stage more often” 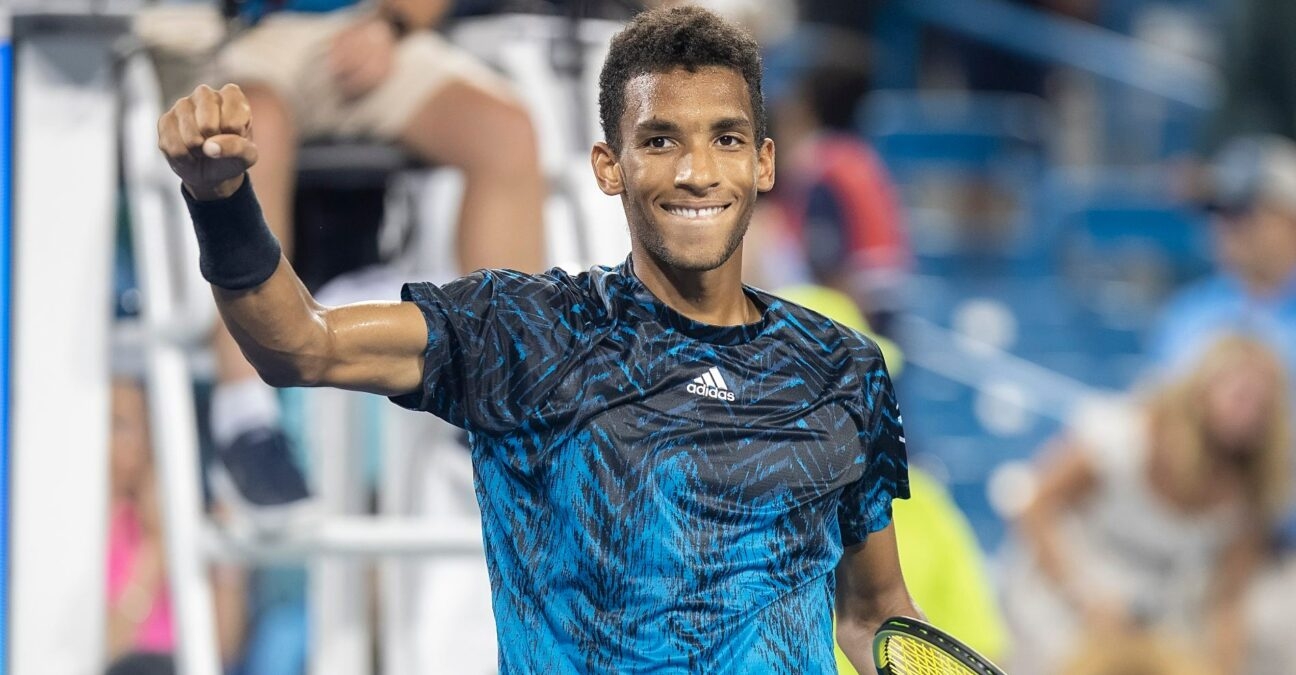 Felix Auger-Aliassime, who beat Frances Tiafoe (4-6, 6-2, 7-6(6), 6-4) on Sunday to reach the quarterfinals, was too young and too good of a player to see his abilities to go far in Slams being questioned. Now, with back to back quarter-finals at Wimbledon and the US Open, the 21-year-old Canadian (ranked15th) has found a way to lessen both his doubts and those of an always eager and impatient tennis world.

Auger-Aliassime was right to bring Toni Nadal into his team and he was right not to start to panic while seeing he had lost his first eight Tour finals: because at 21, what it meant was that he was just about to be ready for everything.

“I’m more and more confident I can be at this stage more often,” he said. “And, no, for sure it hasn’t, you know, been either good or bad, you know, the comments that have been made, I’m just trying to focus on what I have to do on improving and to put myself in these situations. But I have always had the belief with the ups and downs that I could and I deserved to be in that position I’m in today.”

He will now have to defeat another young hope to get to his first Grand Slam semi-final, Carlos Alcaraz.

Although he was in no rush, Auger-Aliassime was right to pick this year to shuffle things a bit around him because he was starting to get stuck in a weird vibe of building hopes and not finding a way to make them turn into results in Majors. If he reached his first second week in New York last year (beaten by Dominic Thiem), it came after some heartbreaks, including a loss in the first round of the Australian Open 2020 despite being the 20th seed and a loss in the third round of Wimbledon 2019 against Ugo Humbert where he was just unable to get his nerves under control.

“FAA” has lost five times in the first round of a Grand Slam in the past three years, including back-to-back disasters at Roland-Garros (2020, 2021). It’s not the best-case scenario for any player hoping to land among the greats, obviously. But the past few months have now put Auger-Aliassime in the spotlight his game was always supposed to lead him to.

“I had always the belief that I could find a way, that I would be able to get myself through this match and my belief was really high today. I’m happy with how I handled myself, with my attitude. Again, yeah, staying focused, staying positive helped me today to get through this match.”

Were the Grand Slam ambitions and all the expectations too big too soon and so got into his head? “Well, I think the last couple of years, maybe too much. In 2019 I rose through the ranking, had my breakthrough. I didn’t have big results in slams. It was my first year playing all the Grand Slams. And then I felt like, yes, in 2020 making the round of 16 here for the first time, that helped my confidence. And then this year, now my third second week of a Slam.”

Between Leylah Fernandez or Carlos Alcaraz’s runs here this year, there’s been a lot of talks about the power of self-belief in order to defy the odds. And that’s something that Auger-Aliassime has also fully embraced.

“There is the confidence that you get with the wins, and then there is the belief, and the self-belief, specifically. I think that shouldn’t change too much with the wins and the losses. I feel like you have to go back to training, you have to keep pushing and always keep that self-belief because once it’s gone, nobody is going to believe in you if you don’t. You really need to be deeply confident in yourself that you can do great things, and especially in my case in this sport.”

With a newfound calm and some important technical work done on his serve, Auger-Aliassime can enter any big match with more certainties than doubts and that makes all the difference for now. It’s still too soon to say he’s definitely off to become the top player that we all think he can be but the progress made is big enough for again thinking the sky should be his limit. “FAA” is one of the gentlemen of the next generation, which also explains why people are eager to see him do well: the star power is as obvious as the potential of his game. But in this era of the game, nothing can be taken for granted and he knows it so he keeps his head down and works as hard as he can, letting the hype on the side.

“There has been some work technically done, especially in the last year when we had the break. I feel like I was able to use that time well to work on my serve. Then I felt like since then my serve has been good and consistent. It’s a work in progress. Nothing is guaranteed. The next match could be different. I have to accept it. But I do feel my game is getting more and more consistent with time. Coming in this US Open we knew it was going to be intense. We knew there was going to be lots at stake. On the one hand, we have Novak trying to achieve history and we have guys that now have multiple Grand Slam finals, with the likes of Medvedev, Zverev, Tsitsipas who lost, but all these guys that are really hungry, and myself, to be on the big stage and to win these types of tournaments.”

Now FAA is really in the mix with all these top guns.