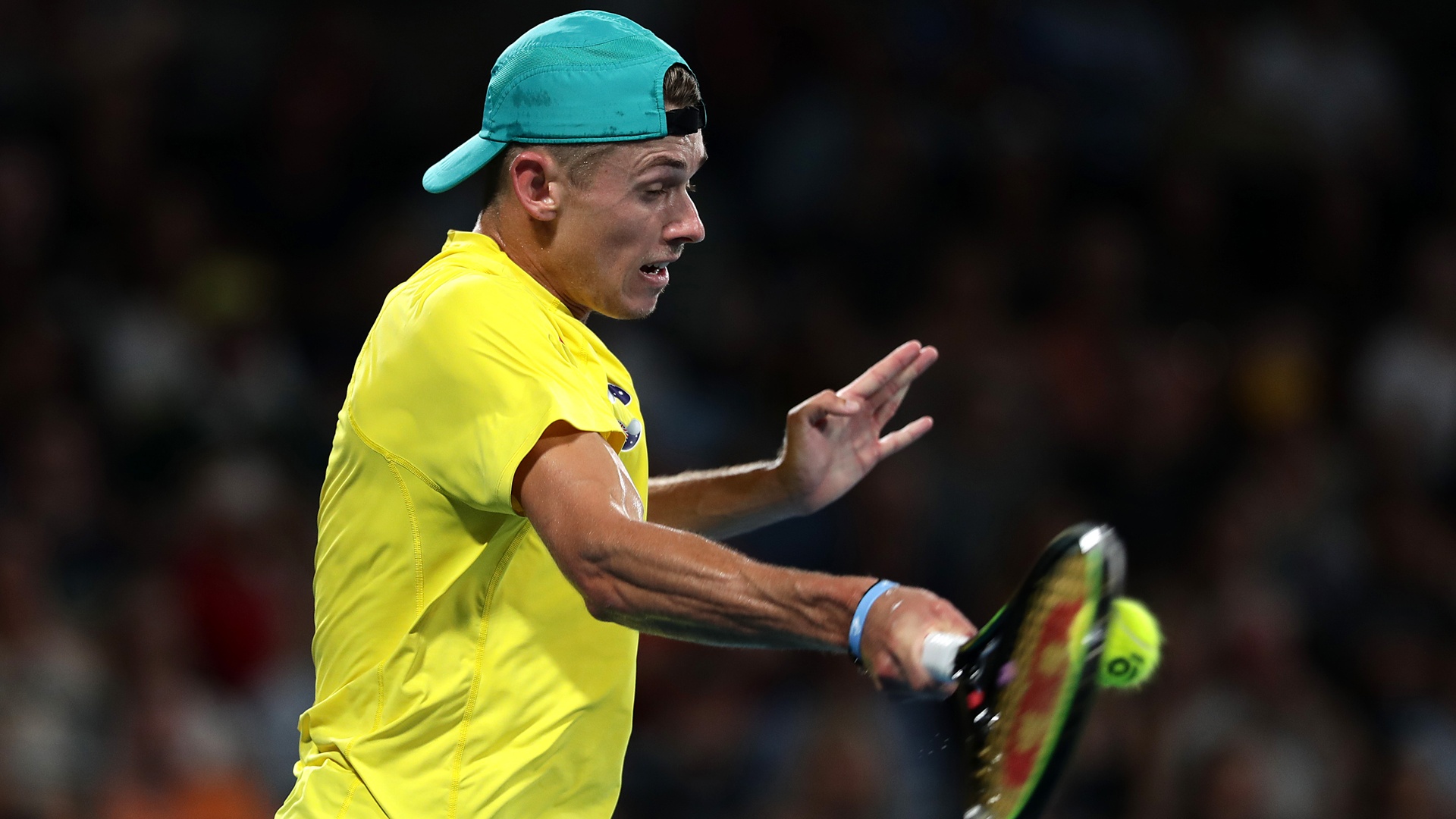 Gasquet, who participated in Patrick Mouratoglou’s ground-breaking UTS tournament with the nickname of ‘The Virtuoso’, had defeated the giant Evo Karlovic in his opening round encounter.

But the Australian 21st seed is a player touted to go right to the top by Lleyton Hewitt, and he forged the early break of serve to lead 3-1 in the opener. It proved an intriguing opening set, the Frenchman remarkably retrieving a smash from almost against the back fence of Court 11 to continue the rally and break back. But an uncharacteristic missed backhand up the line when in prime position gave the young Aussie the break and the opening set.

This Australian knows his way around a tennis court…

De Minaur’s mentor Hewitt would have faced the flamboyant and dangerous Gasquet himself on a number of occasions, so his experience and tactical advice would have been an advantage for the Sydney resident, and he consolidated his advantage by taking the second set by running down a drop-shot with a delightful whipped forehand pass up the line.

With two set points in the breaker on his own serve, it looked to be a done deal for De Minaur. But an untimely double fault and two Gasquet points meant the match would go to a fourth set. And, with Gasquet rolling back the years to gain an early break in the fourth, the match looked as if it was destined to go the distance.

On this occasion, however, it was youth that prevailed over experience, De Minaur breaking back and sealing victory with another break of serve to set up a mouth-watering third round encounter with Russia’s Karen Khachanov.