Rogers: “I will never forget that moment” 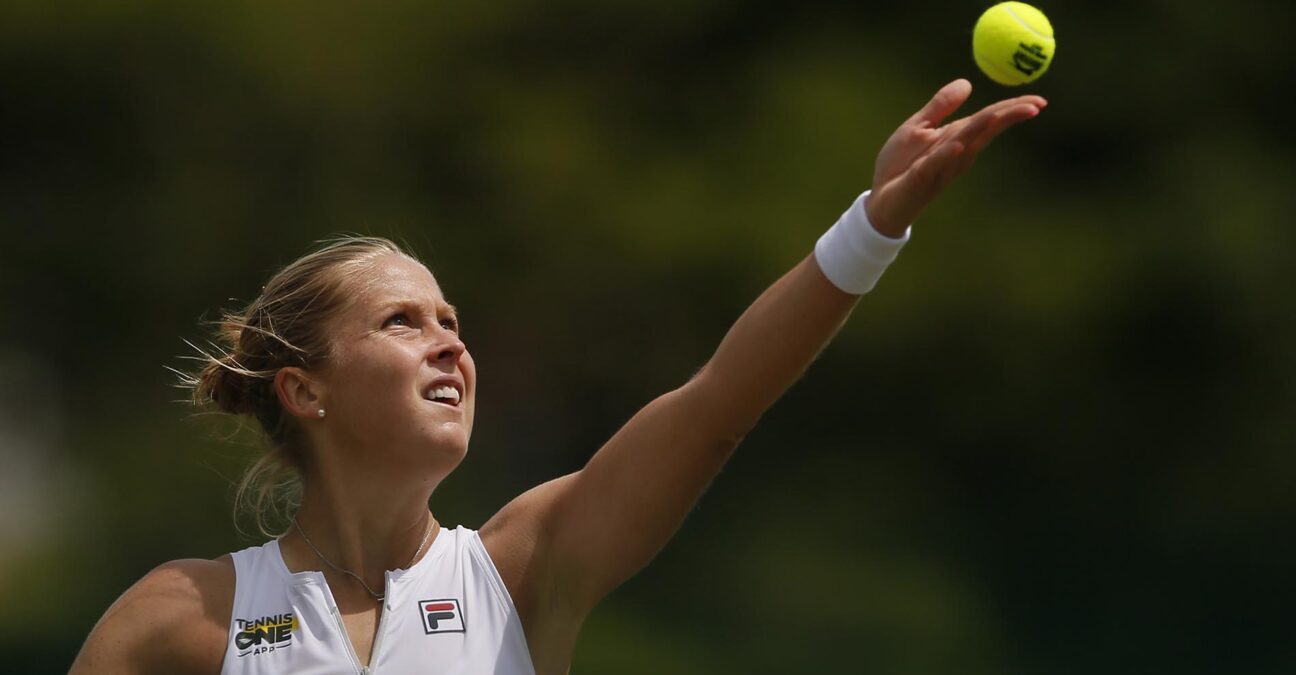 That’s what you call coming back from the brink! Shelby Rogers pulled the upset of the women’s draw so far by charging back in a match that looked over at 5-2 double break in the third set. The American, who reached the quarter-finals here last year, then never looked back and defeated the world No 1 Ash Barty (6-2, 1-6, 7-6) for the first time of her career after losing their first five matches in often very close battles. Insanely enough, it was the fifth time that Barty and Rogers had to battle against each other this year.

“The crowd has been nuts here this week”

“I guess I have to thank her for teaching me a lot of lessons. I journal quite a bit, take notes on players, scout, things like this. Half my book is on Ash at this point!”, said Rogers after the win, still a bit in disbelief about what she had just accomplished. The 28 years old, ranked 43 in the world, showed again what might have happened with her career since her Roland-Garros quarter-final in 2016 had she not then seen a couple of years messed up by a serious knee injury that required surgery in 2018 and a long period to get back on track. Powerful, with a massive serve, Rogers has also a lot of arm speed and the kind of forehand that makes a crowd go wild. And boy did the crowd went wild during her match against Barty, doing everything it could to push the last American woman standing over the line in a fashion that only the night sessions at the US Open can master.

“Down 5-2, two breaks, not looking too good. Not a situation I want to be in at all. I had some thoughts of, well, good try, here we go again kind of stuff, right? She got me again, too good. Then I kind of tried to brush that away and say, ‘You know what, let’s try to make some balls here, let’s get the crowd into it.’ The crowd has been nuts here this week. Wow, I’m partially deaf after that. I just tried to get the crowd into it. I said ‘You know what, if I’m going to go down, I’m going to give a last dying effort maybe’. Then I was like, ‘Okay, maybe something is working here’. You build and build, work one point at a time. Found my serve a little bit. Then we got some new balls in the third set. All right. Now we’re talking. It’s just little changes throughout the match that kind of you find ways to stay in the present and stay not thinking about I’m down 5-2, I’m getting my butt kicked again, right? I don’t know, guys: somehow that happened.” 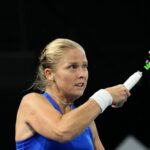 That’s what happens when you keep fighting: you never know how long it’s going to take for your opponent to start hitting a rough patch so it’s always worth it to give it a shot. Someone like Leylah Fernandez also proved it here by beating Naomi Osaka.

“I am stunned. My heart rate is still very much elevated. I’m very excited about that win. Going on the court, I told myself I didn’t want to lose the same way I lost the last five times against her. I just tried to do things a little bit differently. In the first set I mixed in some high balls, I was super patient with her slice because she’s not going to miss one very often. In the second and third, she definitely raised her level, as she does. I mean, she’s the No. 1 player in the world for a reason. But I started wanting to hit the ball a little bit harder, find some winners if I could. That’s the tennis I like to play. That’s what she wants me to do. She wants to redirect and finesse me around the court, wait for me to miss. I was just happy and really proud of myself tonight for problem-solving, maybe doing some things I’m not super comfortable with, like hitting some high balls like
I’m back in the 12s, playing defense honestly. It ended up working somehow.”

Rogers has always been one of the toughest competitors out there, someone who will not give up whatever you throw at her, but even by her own standards, Saturday night brought a different kind of fever! “I’m thankful that I couldn’t hear myself breathing as heavily as I did last year in the empty stadium. That was nice, too. But, gosh, that was really something special. I got chills out there on the court and I will never forget that moment.” 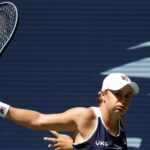 Read also
Ash Barty insists nerves not to blame for US Open loss to Rogers: “I didn’t quite have enough physically or mentally in the tank”
Tennis Majors

“You do something like this and you love the sport all over again”: Rogers

“I had a great run last year, making the quarter-finals. So it was a different kind of pressure I think than I’ve felt before. I only did it once before at the French. I was definitely very nervous before my first match. Had some tough tournaments before, some tough losses as well after starting the season pretty well. I just wanted to try to find my game again here. Tennis is funny like that, too. Right when you’re just like, ‘Why can I not hit a ball in the court’, then you do something like this and you love the sport all over again. I just got to stay focused now and keep going because I don’t want to be done yet.”

She will now face the 18-year-old Emma Raducanu, another player who’s been making waves here. And she’ll go into that next match also inspired by the mindset of the player she has just beaten. “Ashleigh is one of the most professional people I’ve ever met in my life, as well as a good person, a funny individual. Just refreshing to see. She’s super down-to-earth. She is one of my favorite people. I was joking before, every time I lost to her, I can’t be mad because she’s such a nice person. She’s always encouraging everybody around her. She brings up the energy wherever she goes. I can’t say how much respect I have for her and what a great representative she is for women’s tennis. She hasn’t been able to go home since February, you guys. That’s insane. She’s worked through some injuries on the road, won five titles, remained No1. This girl is everything every player wants to be.” 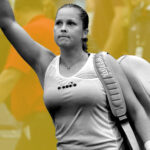