Iga Swiatek: “I’m stressed out but you have to learn how to live with it’ 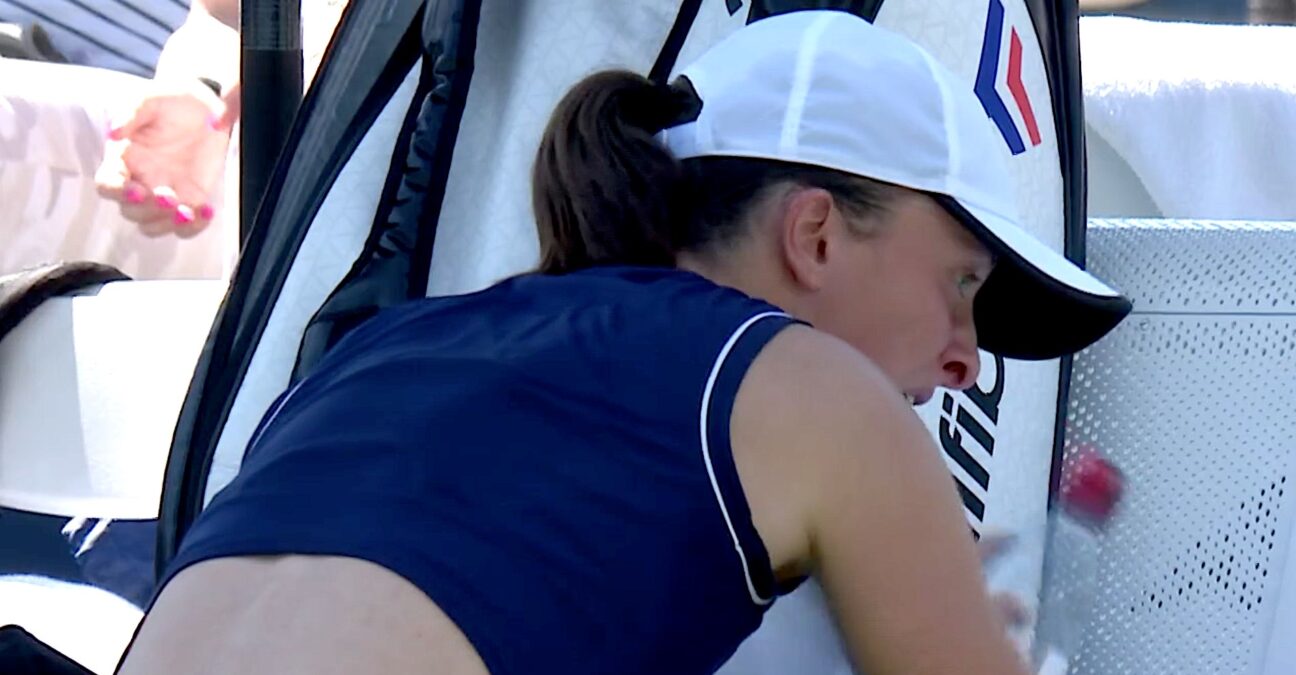 We were about to witness the collapse of one of the outsiders for the US Open title, but Iga Swiatek stepped up at the right time to show why she is one of the biggest hopes of her generation.

Down 6-3, 2-0 against a very inspired Fiona Ferro, the No 7 seed finally found a way to cut down the unforced errors (28 before the end of the second set but only three in the third set) and to cool her nerves before it was too late. After two hours, three minutes, Swiatek was finally able to breathe a bit easier, having overcome not only her opponent but also her anxiety to win 3-6, 7-6 (3), 6-0.

Always pretty honest about her performances, Swiatek didn’t try to sugarcoat it at all: she’s in a rough place at the moment, struggling with the pressure. What pressure? Surely the one coming from outside, to prove she’s not a one-slam-wonder. And the one, coming from inside, telling her she has what it takes to go all the way and needs to stop missing her chances, as she did at Roland-Garros earlier this summer.

When she started crying on Thursday on a court where she couldn’t find a way to put one of her famous forehands in, it prompted flashbacks to the tears she shed after her loss at the Olympics in Tokyo. Too many dreams shattered lately: it leaves traces.

“I didn’t start it properly, because I felt like I couldn’t properly feel my legs”, Swiatek said. “But it’s not the first time, so I’m trying to work on that. In the second set, I loosened up a little bit, kind of changed tactics. It’s always tough for me to use these kinds of solutions when I’m just trying to push that ball and just give it back because I usually want to lead or attack or just build the rally. But this time I felt like I was pretty tight, so it was the only chance for me to win points.”

Swiatek : “I’m having less and less of that fuel”

Swiatek is an avid reader so she should maybe go pick up “Winning Ugly” by Brad Gilbert. It’s for sure never what a player like her wants to resort to, but finding a solution to win matches by just fighting and fighting again is actually a great way to get back to one’s best level of confidence. The issue for the 2020 Roland-Garros champion is that we’re nearing the end of the season and her emotional tank is getting dangerously empty. At 20 years old, she’s actually learning the hard way, as so many other champions did before her.

“I feel the pressure, you know. Before, I had like fuel in my mind to actually overcome it and to work on it, but I feel like it’s been happening a lot, so I’m having less and less of that fuel. Usually, on Grand Slams it was easier for me because I was just physically and tennis-wise super prepared and that was helping me. Here I am also prepared, but I feel like the pressure is bigger because of the ranking and everything that I have been going through, you know. It’s the usual of what players have after winning a few tournaments for the first time.”

Swiatek has always been the type of player who analyses her game and her brain over and over in order to get better. She’s known for bringing her mental coach with her at tournaments. Here’s someone who already perfectly knows her demons but still needs time to figure them all out.

But the days where she could enter a tournament without being labelled one of the favourites for the title are gone and she’s going to have to get used to it. But Swiatek’s game game is so strong that it doesn’t need a whole lot to raise the bar high enough to win a match like the one she had on Thursday. It will be a totally different thing in the third round against Anett Kontaveit, who just won the title in Chicago and is also a very powerful player. Swiatek was 2-0 down against her until winning their third round at Roland-Garros this year.

“I’m trying to trick my mind all the time, so it’s hard”

“Right now I’m also not super excited because I know that I can play more solid from the beginning”, Swiatek said. “And, like, the thing that I’m stressed out it’s also stressing me out, so I don’t know. Like you just have to learn how to live with it somehow, so I will try to do that. But I’m just happy that I can also win matches like that, because before I just gave up kind of. I’m trying to trick my mind all the time, so it’s hard. That’s why I’m kind of struggling on court, but yeah Anett is playing great, I know that. I don’t have such strong control over my mind to actually be sure that I’m going to be able to do that, but I will try because I know that then I will just be loosened up and that’s the most important thing for me right now.”

Will she try to start another book to forget about tennis a little, as she has just finished “Gone with the wind”? Not sure! “Once, when I was a junior, I had a situation when I couldn’t stop reading the book, so I read until like 2 a.m., and I lost the match the next day. So that was pretty stupid. But I was 16, so, you know, other people go to parties and I just read a book until 2 a.m.” Brainy people have brainy problems!