Zverev survives, Isner and Schwartzman already out of US Open

The US Open is well under way at Flushing Meadows. Despite the lack of fans, the tournament is already providing plenty of drama — with an early defeat for No 9 seed Diego Schwartzman. 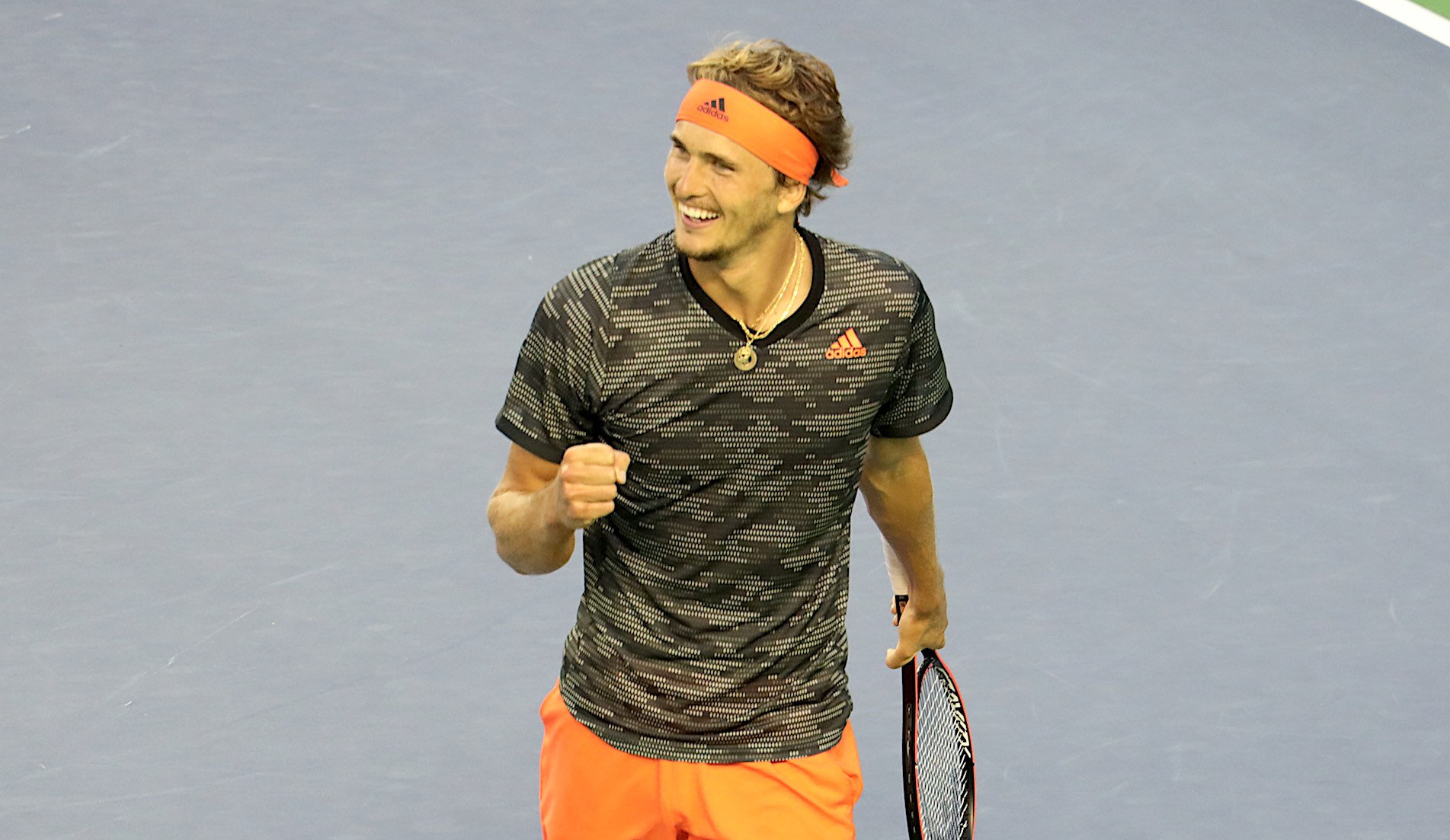 Although Diego Schwartzman went out early, there were no problems for three other seeds in early action as No 1 Novak Djokovic, No 6 Stefanos Tsitsipas, No 12 Denis Shapovalov, and No 27 Borna Coric avoided first-round exits.

The seeds that had to fight

No. 5 seed Alexander Zverev figured to have a tough one on his hands with 2017 U.S. Open runner-up Kevin Anderson. And that is exactly what turned out to be the case. Zverev needed three hours and seven minutes to battle past Anderson 7-6(2), 5-7, 6-3, 7-5. The German tripled his relatively low double-fault count (six) with 18 aces. Anderson finished with 20 aces and seven doubles.

Big bro Mischa was on-court from a distance to support @AlexZverev after his win. pic.twitter.com/zk2U1JULE6

No 7 David Goffin drew the toughest first-round matchup of all the seeds, as Reilly Opelka was one ranking spot away from being seeded. Unsurprisingly, it proved to be a difficult test for the Belgian. Opelka had retired from a Cincinnati quarterfinal match against Tsitsipas last week because of a knee injury, but he battled from start to finish on Monday night. Nonetheless, the 6’11” American’s power was not enough for the Belgian’s counter-punching and Goffin got the job done 7-6(2), 3-6, 6-1, 6-4.

The upsets of the day

On the eve of the event, Schwartzman said he felt playing with no fans left him feeling flat. He’ll be feeling even worse now after the No 9 seed from Argentina let slip a two-set lead and lost 3-6, 4-6, 6-2, 6-1, 7-5 to Britain’s Cameron Norrie. Schwartzman squandered two match points and the match had 58 break points, one short of the all-time Grand Slam record. 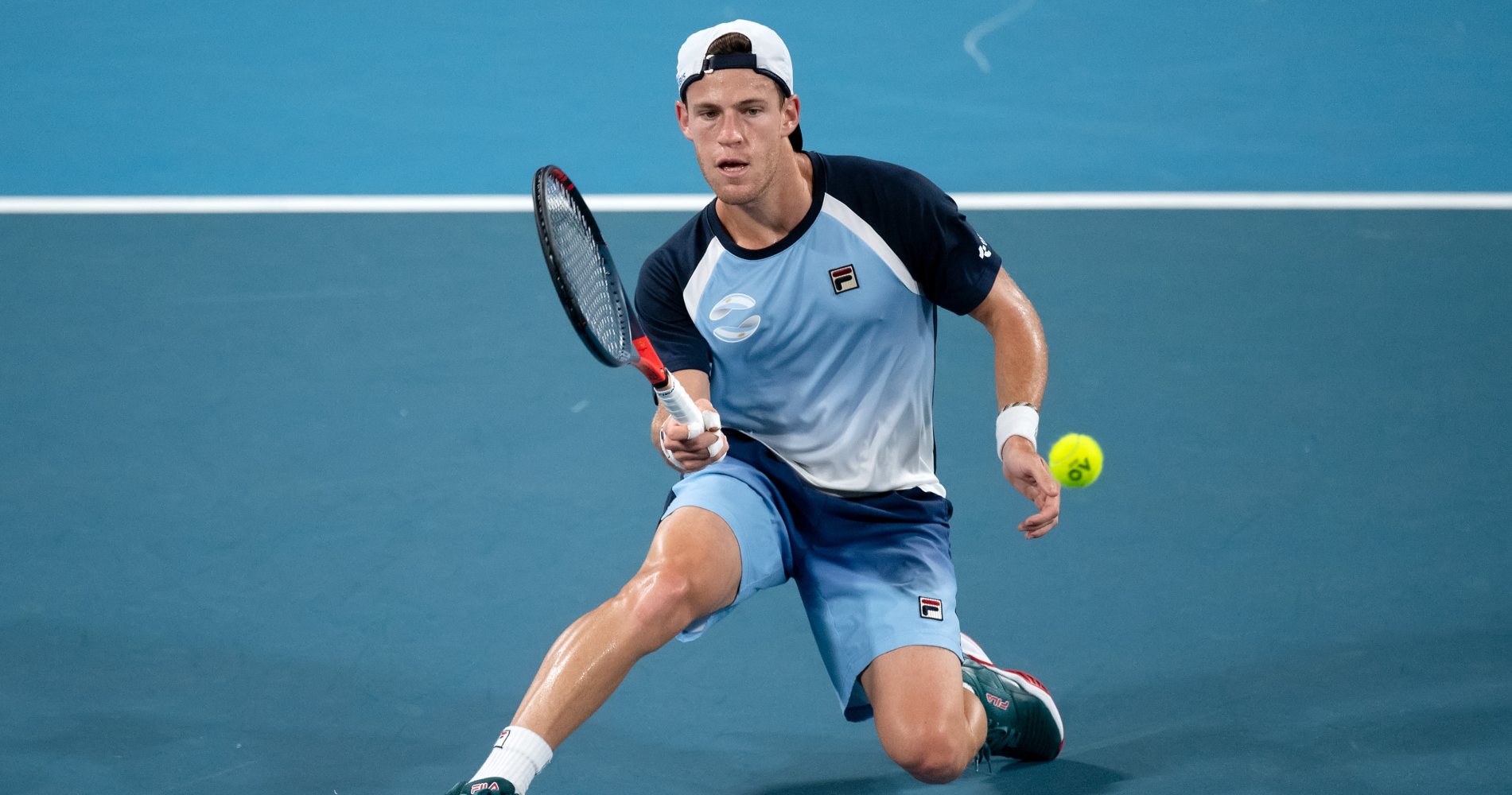 To the surprise of no one, another John Isner match ended in a fifth-set tiebreaker. It was especially unsurprising that such a result came against Steve Johnson. Heading into Monday, five of their previous nine head-to-head encounters ended in final-set tiebreakers. Make it six of 10 now. Johnson did not get broken a single time while defeating Isner 6-7(5), 6-3, 6-7(5), 6-3, 7-6(3) in three hours and 50 minutes.

Another five-setter later in the afternoon perhaps was not as big of a surprise, but the fact that Jack Sock survived his toughest physical test since injuries derailed his singles career in 2018 is notable. Sock outlasted Pablo Cuevas 3-6, 6-4, 6-2, 4-6, 7-6(2) in three hours and 15 minutes.

Coming off a doubles title in Cincinnati with Alex de Minaur, Pablo Carreno Busta kicked off his US Open singles campaign with a victory. But it wasn’t easy. The Spaniard held of Yasutaka Uchiyama 4-6, 6-3, 1-6, 6-3, 6-3 in three hours and 21 minutes.

Click here for the US Open men’s singles draw