Home » News » US Open » US Open referee: “There was no other option but to default Novak Djokovic”

US Open referee: “There was no other option but to default Novak Djokovic”

US Open tournament referee Soeren Friemel said Sunday that there was no other option but to default Novak Djokovic after he hit a ball in anger which struck a line umpire in the throat during his fourth-round match on Sunday night. 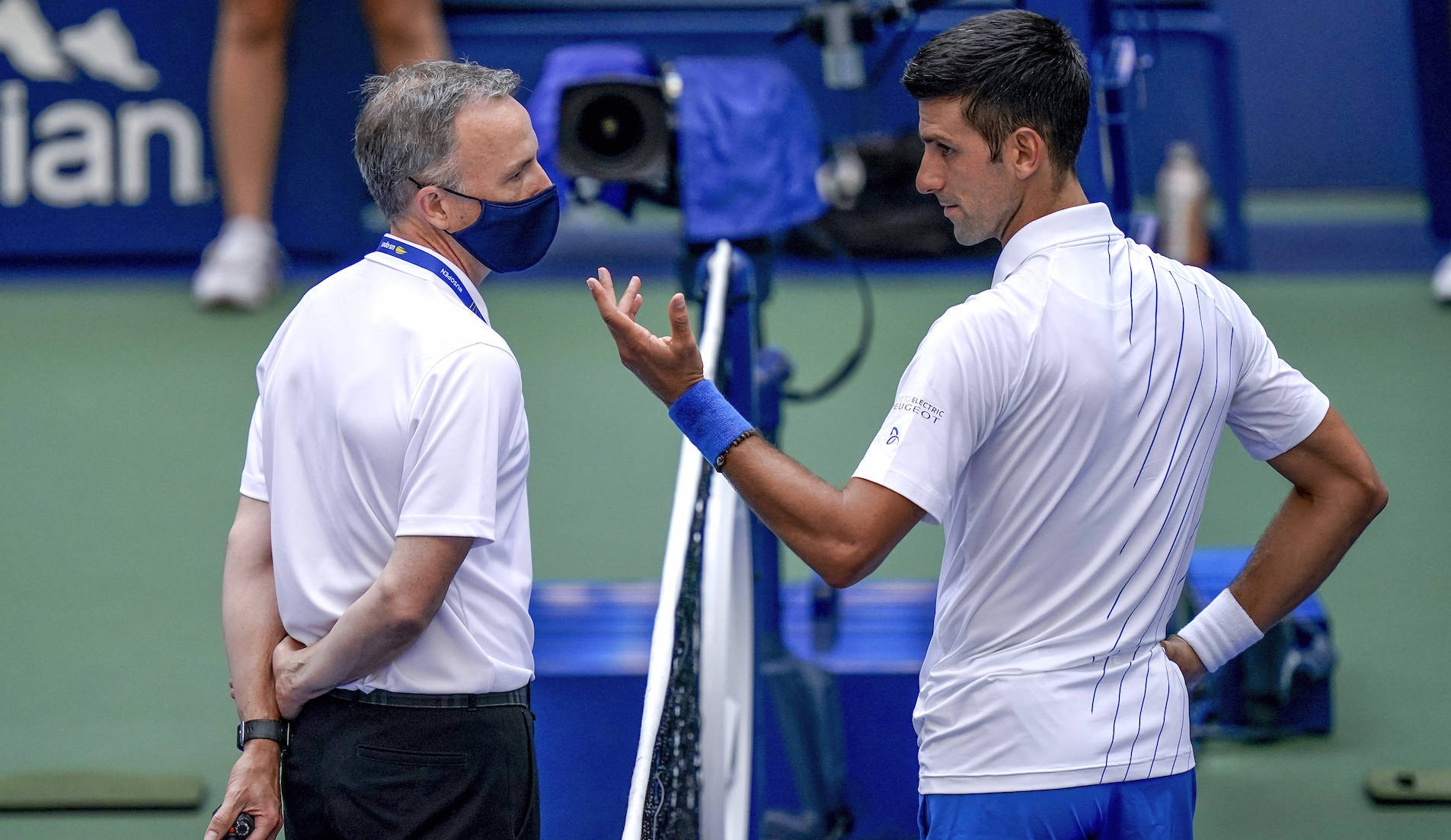 Djokovic, who had just dropped serve to trail 6-5 to Pablo Carreno Busta of Spain in the first set of their fourth-round match, was defaulted after he hit a ball in anger towards the back of the court, which hit a lineswoman in the throat.

In a press conference for a few selected media on Sunday, Friemel explained that discretion had played no role in the decision and that though Djokovic had pleaded his case by saying he had not intended to hit the woman, in the end there was no other option. 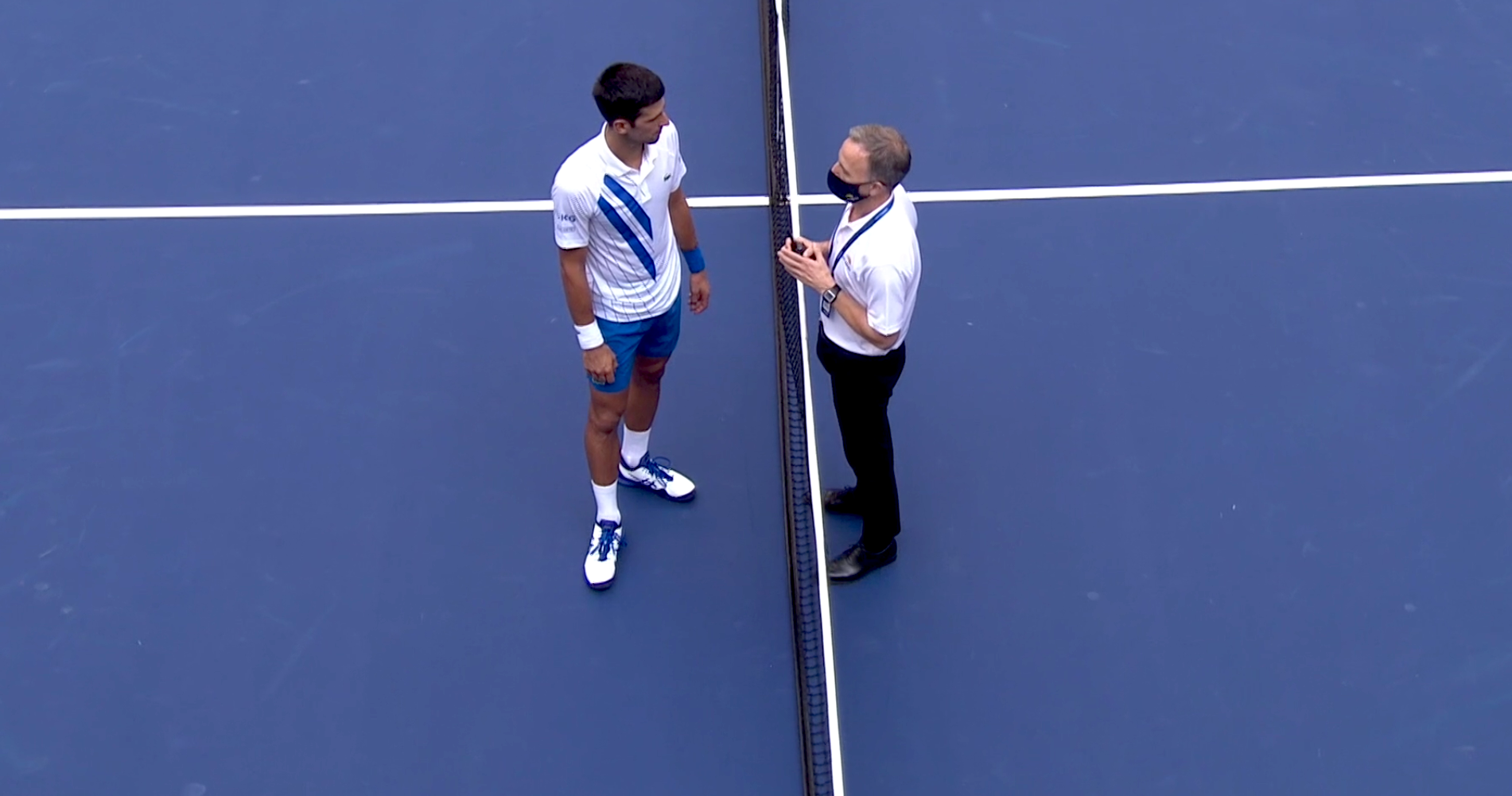 Friemel, who said he was in the referee’s office when the incident happened, began with a statement, explaining what he saw when he arrived on the court shortly after.

“I saw the line umpire.. was on the ground with the doctor, the physiotherapist, next to her as well, Novak and the chair umpire, we took care of the line umpire, making sure she is alright, then the grand slam supervisor (Andreas Egli), who was watching the match, who was assigned to Ashe, and the chair umpire, Aurelie Tourte, explained what happened. What was explained to me was that after Novak Djokovic lost the point, he took a ball out of his pocket, hit it recklessly and angrily, at the back and hit the line umpire on the throat. The line umpire was clearly hurt and in pain, she went to the ground and we had to take care of her. The facts were discussed or explained by the chair umpire and the grand slam supervisor. In this situation it’s especially important that we are 100 percent sure of exactly what happened, especially since I was in the referee’s office. But the facts were established and then I had to talk to Novak Djokovic, gave him the chance also to state his point of view, and based on the facts that the ball was hit angrily, recklessly, that it went straight at the line umpire’s throat, the line umpire was clearly hurt and in pain, the decision was made that Novak had to be defaulted.”

Then Friemel took questions from the assembled media.

What was Novak’s appeal or plea?

Can you look at a replay in this case?

“We do not have a video review in place here at the US Open. At all the Grand Slams there is no video replay so I do not have the option of looking at any replay, and yes, the impact or the speed of the ball certainly has an impact on the decision. But here, the ball was hit straight at the line umpire and hit the line umpire hard so there was no other option.”

Anything else Novak said in the long conversation with you?

“Obviously this is a very tense moment for everyone involved so it’s essential to get the facts right, so that’s also the reason why there was a longer discussion with the chair umpire and the Grand Slam supervisor and I believe that’s a procedure that we give the player the right to state all facts. Even if it takes a little bit of extra time, I wanted to ensure that all facts are taken into consideration. Yes, later on he repeated the fact he didn’t do it intentionally but there were no other additional discussions beside discussing the facts and the outcome of that incident.”

Why is intent not part of the discussion?

“Intent is part of the discussion but there are two factors, one is the action, and the result. And the action, why there was no intent, the result of hitting the line umpire and clearly being hurt is the essential factor in the decision-making process here. We wouldn’t even, I don’t think we would have had this long-ish discussion if he had done it on purpose, but here both factors are taken into consideration.”

Is this a judgement call on your part?

“In the end, any code violation there is a part of discretion to it but in this instance, I don’t think there was any chance of any opportunity of any other decision other than defaulting Novak, because the facts were so clear, so obvious, that the line umpire was clearly hurt and Novak was angry, he hit the ball recklessly, angrily back and taking everything into consideration, there was no discretion involved.”

Did Novak make his case, saying sort of, look who I am?

“Defaulting a player at a Grand Slam is a very important, very tough decision and for that reason, and it doesn’t matter if it’s on Ashe, if it’s No 1 or any other player on any other court, you need to get it right, you need to make the right decision and everyone on court was aware of what was at stake and surely, that’s always in the back of everyone’s mind, but we need to leave that out and make sure that we base it on the facts and on the rules so that we get the right decision there.”