Confusion as Zverev and Mannarino match begins after lengthy delay

The US Open was thrown into confusion on Friday when the third-round match between Alexander Zverev and Adrian Mannarino was delayed by more than two and a half hours, amid reports that the Frenchman had been unable to get on site because of the quarantine rules following the positive Covid-19 test of Benoit Paire on the eve of the event. 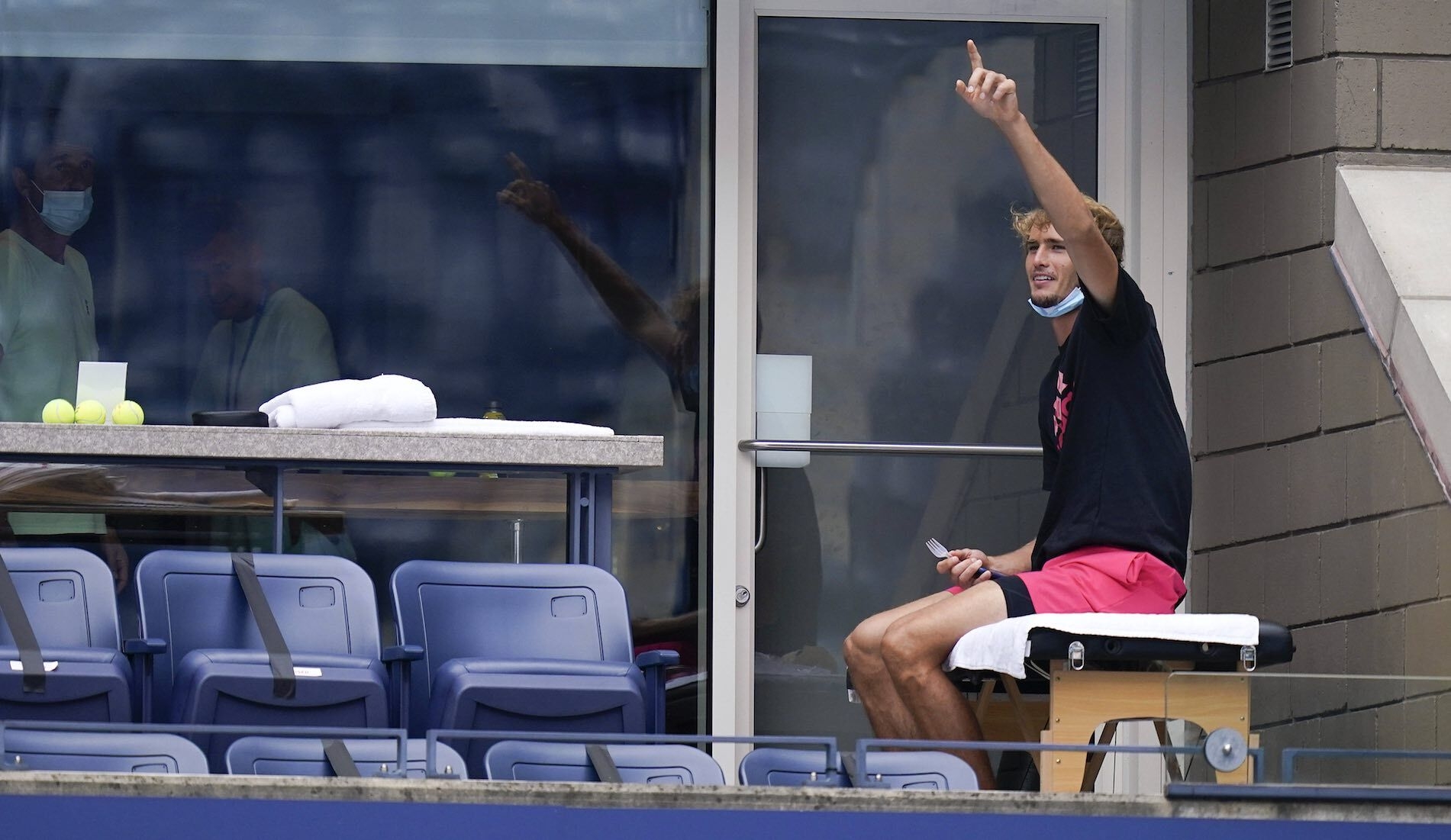 Fifth seed Zverev and Mannarino had been due to follow the women’s match between Angelique Kerber and Ann Li on the Grandstand Court. But more than an hour after their match had been completed, Zverev was shown on camera sitting on the balcony outside his suite on Arthur Ashe Court, shirt off, clearly not ready to play any time soon.

Zverev scrolling through twitter for an update on his match with Mannarino. pic.twitter.com/HdgX8aWuKq

Reports soon emerged that Mannarino, who was one of seven players placed under the most strict quarantine rules because of their proximity to Paire before the tournament began, did not know if he would be allowed to play.

In an interview on Eurosport Germany, Zverev’s brother, Mischa, said the players were awaiting to hear from the State of New York whether Mannarino could play and Eurosport France said though the USTA had said he could leave the hotel, the governor of New York had not.

Eventually, the the two players did come out, walking onto court at 17.12 New York time, more than two and a half hours after they should have done and a little later, the USTA issued a statement.

Statement on Zverev vs Mannarino pic.twitter.com/CXugE0ypNS

The situation sparked rumours and confusion on social media, where Luka Mladenovic, the brother of Kristina Mladenovic, another of the seven players under strict supervision who is still in the doubles event at Flushing Meadows, made his feelings known.

Kiki Mladenovic’s brother and coach Luka : “I’m telling you now… We couldn’t care less about the US shitty Open 2020, cancel our games… Just let us go home. Make us go home. I never thought I would tweet that one day. But that’s REALLY where we are right now pic.twitter.com/iYHObvrbZu

Earlier on Friday, Belgian Kirsten Flipkens, another of the seven who lost her singles match on Thursday, said she was now told she and the others who had lost were not allowed to leave their hotel rooms until September 11, fourteen days after their contact with Paire.