Zverev showed his inconsistencies early, but the German was able to bring his game up a notch to complete comeback down two sets against Carreno Busta. 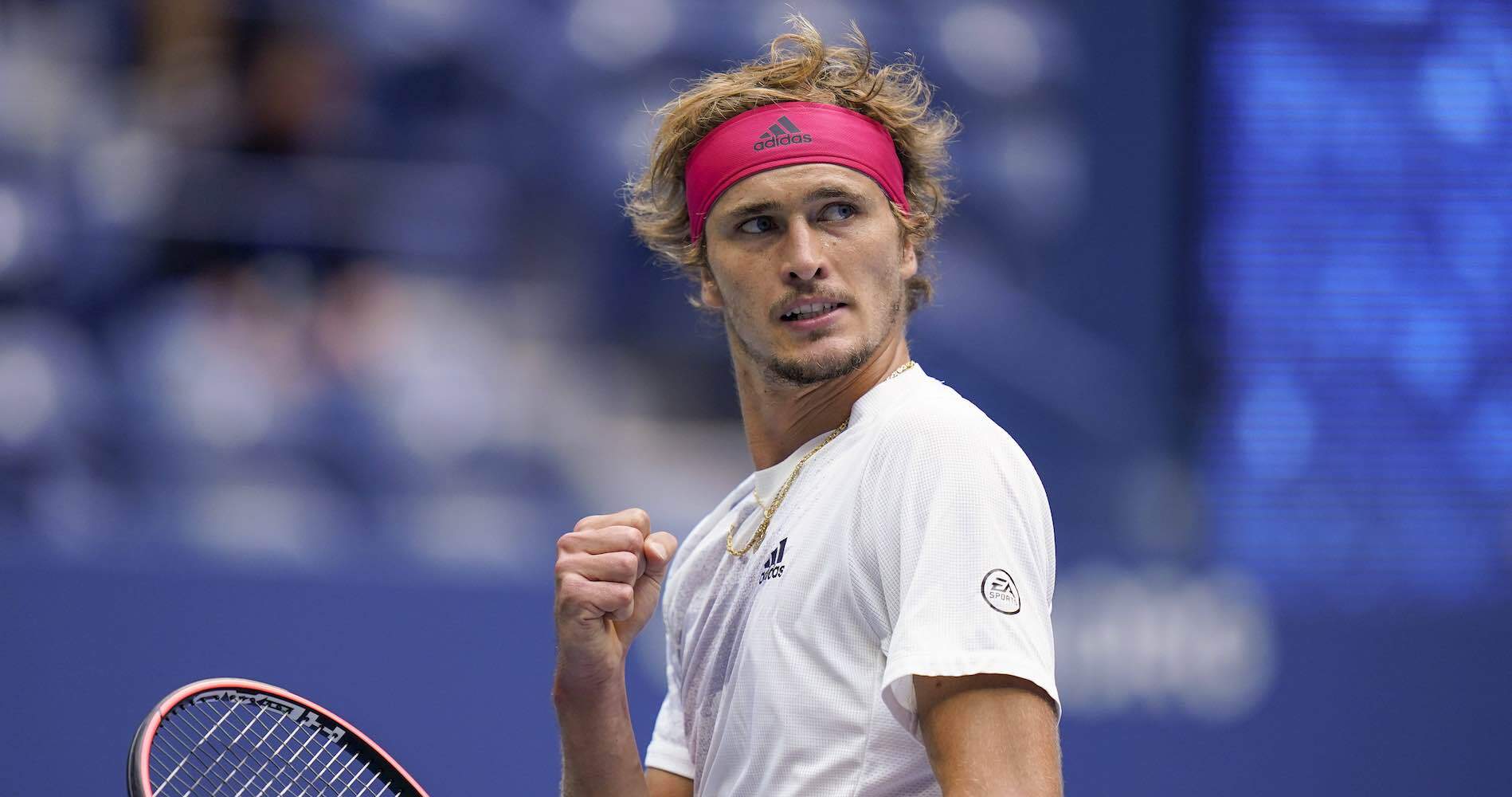 After suffering from inconsistencies early on, Alexander Zverev dug deep physically and mentally to take down Pablo Carreno Busta in five sets. The 3-6, 2-6, 6-3, 6-4, 6-3 victory was the German’s first comeback from two sets down as he sets up a final matchup against No 2 seed Dominic Thiem.

Matching the stunning level of tennis shown by the four women’s semi-finalists the previous night was always going to be a tough task and though both men looked tight, Zverev looked decidedly shaky, hanging too deep behind the baseline, playing passively, allowing Carreno Busta to settle.

As the No 5 seed, Zverev, was the favourite on paper but he looked frozen on the court in the first two sets as Carreno Busta, the other man on the court when Novak Djokovic was defaulted in the fourth round, played his usual rock-solid game, finding great depth from the baseline and then, when he had the chance, unloading with his pin-point accurate groundstrokes.

Such were the nerves, Zverev’s feet seemed as if they were stuck in the court and a mishit backhand gave the Spanish 20th seed the early break, which he extended to 5-1. A few nerves crept into the Carreno Busta game as he dropped serve but he broke again in the next game, Zverev covering his face with his hands in disgust as the set went against him.

Zverev, in his first US Open semi-final, had played a poor first set in his quarter-final win against Borna Coric but this time he played two, missing routine shots and handing Carreno Busta so many unforced errors. His second serve also broke down in the second set, the double faults starting to flow as the tension flooded through his body.

Carreno Busta showed a bit of tightness when he led 5-0, dropping serve in the following game and looking a little concerned when Zverev held to love. But he settled himself again and took the set when Zverev bunted a backhand long.

The German had never come back from two sets down in his career but Carreno Busta had never been so close to a Grand Slam final either and suddenly, the momentum started to change. Zverev’s serve began to click into gear and as the tension passed to the Spaniard, the match began to turn.

The German got the break to lead 3-1 and though Carreno Busta broke back immediately, the fifth seed broke again and then held back to back service games to take the set and halve his deficit.

Suddenly Carreno Busta looked rattled. He saved a break point in his opening service game but as Zverev continued to serve well, he found himself under pressure again in his next service game and was broken to give the German a 2-1 lead.

Just when it looked like Zverev would pull away in the set, he threw in a shocker of a service game, including one horrific double-fault and Carreno Busta was back on track.

But Zverev, who has won Masters 1000 titles and triumphed at the ATP Finals, kept the pressure on and Carreno Busta buckled, dropping serve in the seventh game to trail 4-3. Zverev, with his tail up, held easily to extend his lead. The German had three set points at 0-40 but Carreno-Busta held serve, thanks in part to a forehand that he drilled straight at Zverev. But the German held serve to force a decider.

As Zverev picked up his momentum, he looked sharper and sharper while Carreno Busta started to fade, especially after he had to receive back treatment prior to the fifth set. The uptick in his service game continued as he cranked out five aces in the set, while building an abundance of his points won via huge serves that took the Spaniard out of the point early on. A break right at the start of the set was all the German needed to round out his dramatic comeback victory. Carreno Busta buckled as he was serving to stay in the match down 3-5, and Zverev seized the opportunity to put the match away.

After the match, Zverev spoke of the importance for him to remain strong mentally and make adjustments to his game.

“Mentally, I stayed in it. … A lot of players would have gone away,” Zverev said. “There’s no easy matches anymore. Sometimes you have to dig deep. Today I dug deep, dug very deep.”

Zverev became the first player to come back from a two-set deficit in a Grand Slam semi-final since Novak Djokovic took down Roger Federer in 2011. He is also the first German to feature in a US Open men’s singles final since Michael Stich, who faced off against Andre Agassi in 1994.

Another daunting challenge looms ahead, though, as Zverev will face the Dominic Thiem, who knocked off Daniil Medvedev in straight sets, on Sunday.