Battle for the seeds, 5th-place match: The full Day 9 preview

A Final 4 preview between Stefanos Tsitsipas and David Goffin, Richard Gasquet still in the hunt for UTS top spot: here is the preview for Ultimate Tennis Showdown Day 9 matches. 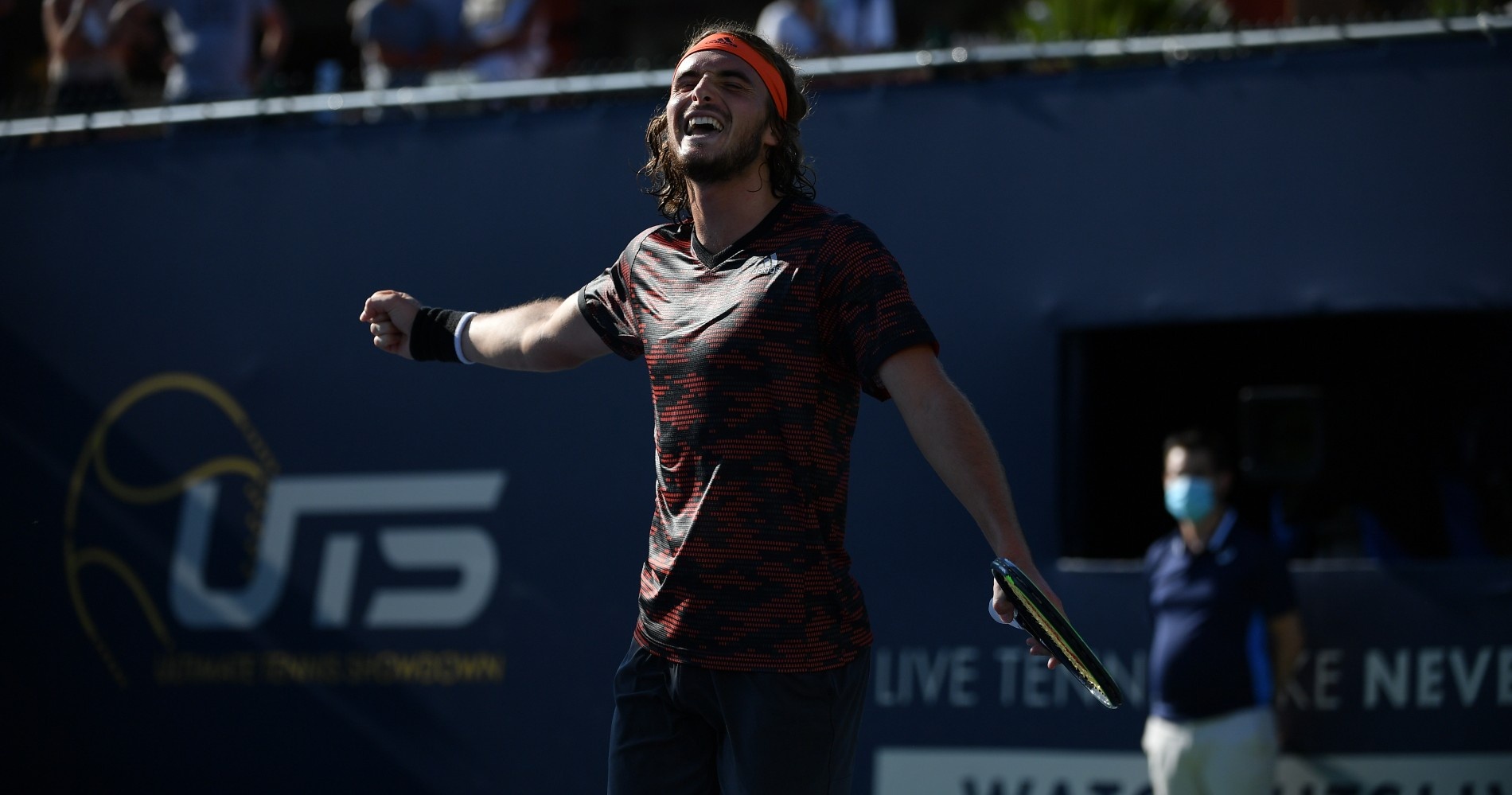 Corentin Moutet ripped through the South of France last weekend, leaving a stream of wreckage in his wake. The only thing missing? A victory. Moutet will look for a change in fortune this weekend, when he faces the talented but green Holger Rune.

After five frustrating losses The Artist Dustin Brown finally created a UTS masterpiece last Saturday when he rocked the world of El Torero, Feliciano Lopez. Today the German will try to turn up the shotmaking volume once again when he meets The Sniper Alexei Popyrin in a match that could be seen as a battle for redemption.

The Greek God Stefanos Tsitsipas is the master of Sudden death tennis, but can he also break through walls? Today we’ll find out as Tsitsipas will face David Goffin in what could very well be a preview of Sunday’s first UTS final.

What do you get when you mix a virtuoso and a rebel? How about French flair and a flare for the dramatic, all peppered with a dash of unpredictability? Expect all of it in spades on Saturday when Richard Gasquet and Benoit Paire, two of the most stylish players in the UTS field, renew their friendship and rivalry at the Mouratoglou Tennis Academy.

Two players that have thrilled in every sense of the word at UTS will now have their chance to say a fitting farewell as El Torero Felicano Lopez and the Underdog Elliot Benchetrit get set to lock horns with pride on the line on Day 9.