Matteo Berrettini, “The Hammer”, produced another exhibition of serving and used the winner x 3 cards to perfection as he beat a valiant Richard Gasquet in sudden death to become the first man into the final of the UTS. 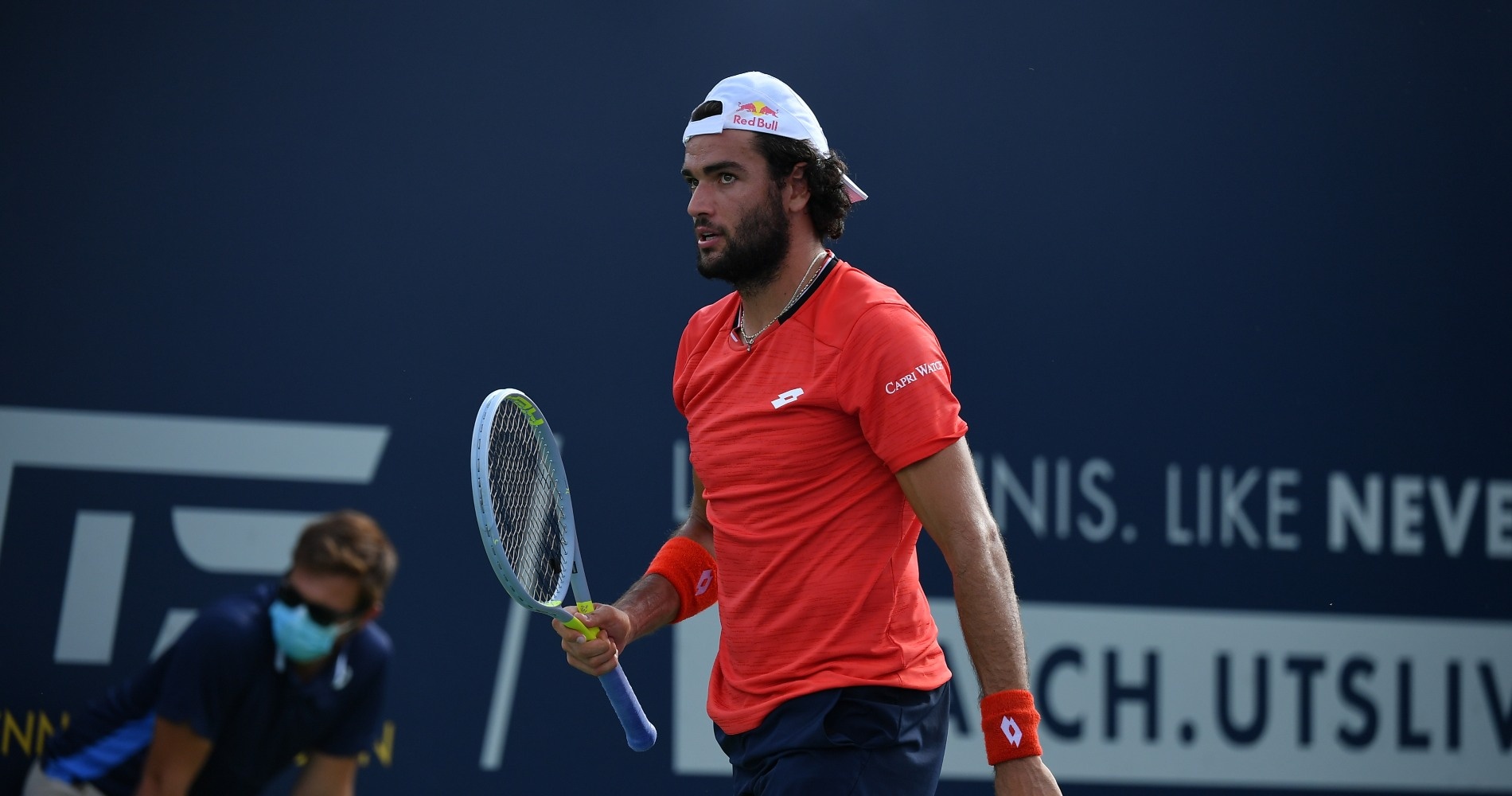 Stefanos Tsitsipas, “The Greek God” takes on David Goffin, “The Wall” in the second semi-final.

World No 8 Berrettini had to rush back from playing in the Thiem 7 event in Kitzbuhel on clay, missing Saturday’s last round of group matches at the Mouratoglou Academy, but he began as if he’d been practising in the south of France all week, striking the ball beautifully.

Frenchman Gasquet, who played a night match on Saturday, looked shellshocked as the Italian hammered down a series of massive serves, backed up by huge hitting, especially on his forehand and from 2-0 down, he won six straight points to take control. Gasquet played his winner x 3 card early but could not find the winner and from 6-4 up, he banged down two massive serves before stealing serve to good effect and moving ahead 9-6.

But the quarter was decided for sure when Berrettini, leading 12-6, used his winner x 3 card and picked up back to back three-pointers, first with a full-stretch forehand volley and then with a forehand winner. From there, he cruised through the rest of the quarter, finding time for an outrageous angled chipped backhand pass as he took it 24-8.

Berrettini said his trip to Kitzbuhel had clearly been good preparation.

“I like the mountains,” he said. “I didn’t hit this morning, I hit just before the match. I played really good, I was serving really well and was able to win twice the card winner counts 3, so I guess that enabled me to win the game (sic).”

Gasquet, who also lost to Berrettini 4-0 when they met in the group stages, admitted he had been outplayed

“He was playing unbelievable, really nothing I could do,” he said. “Nothing I could do on his serve and nothing on mine. I will fight. I need to try to find a way to win.”

“The Virtuoso” tried to mix up the pace and the spin at the start of the second quarter and it worked, taking Berrettini out of his comfort zone. Still the Italian’s serve was making the difference, though, as he stole the Gasquet serve to lead 9-5. As in the first quarter, though, the winner x 3 card made the difference, with Gasquet using it well, an ace and a regular point making it 9-9 with four minutes to go. 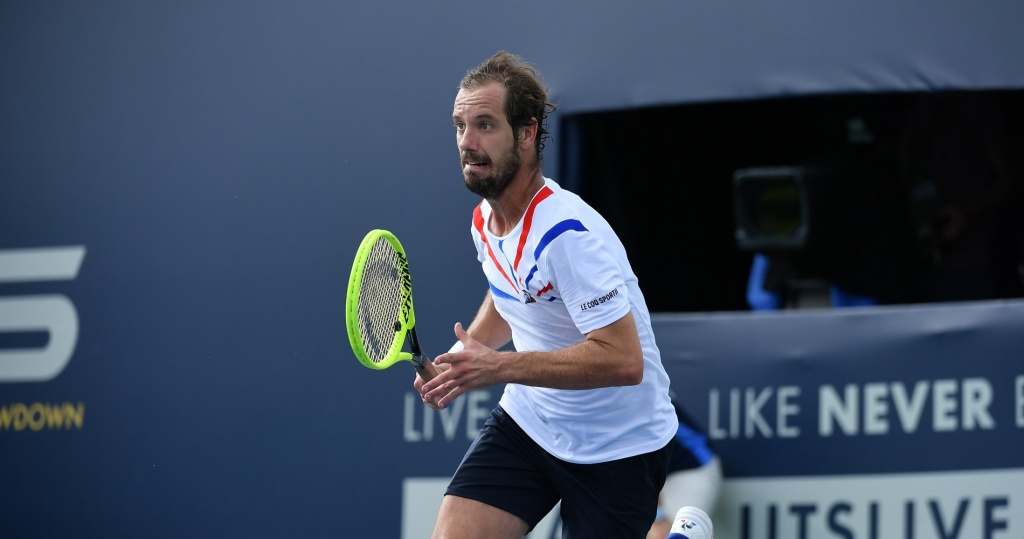 A crucial return from Gasquet earned a rare point on the Berrettini serve and from 10-10, he won his next serves to go up 12-10. The Hammer used his winner x 3 card but only won two points from it and with 13 seconds to go, Gasquet moved ahead 13-12 and then, on the last point, a missed backhand from Berrettini sealed the quarter for the former world No 7.

“The three points…I did one more serve, four points with two balls,” Gasquet said. “He is so good, I think I couldn’t do better than this set – I need to do it again. I was clever, doing the cards at good moments. I kept fighting a lot. One set all, everything can happen.”

Both players dropped their intensity at the start of the third quarter but Berrettini used his winner x 3 card early, at 5-5, and it paid off as back to back aces put him firmly in control. Gasquet tried to follow suit but could only win one point, leaving him facing a huge deficit with not much more than three minutes to go. And indeed it was too big a task as Berrettini eased to a 16-12 margin of victory.

“Serve and ace please,” Berrettini said, of his mindset on the winner x 3 card. Gasquet agreed.

“He did six points with two serves, it was impossible to come back after this.”

The Hammer started the fourth quarter with two more aces but Gasquet fought hard and found his backhand, ripping a couple of winners as he led 8-6.

For once the Italian could not make use of his winner x 3 card and at 10-10 with one minute remaining, his coach Vincenzo Santopadre called a coaching timeout.

“Energy is the key,” he said. “Just follow the energy and go. Remember who you are. You are The Hammer, and go.”

But Gasquet won the next two points and then used his steal serve card, running down the clock to take the quarter and force sudden death.

“I played very good,” he said. “I managed to use my serve well. I need to be focused. I played well (in sudden death) against (Feliciano) Lopez and Goffin, so I need to do the same.”

When he won the first point on the Berrettini serve, it looked like he would do just that but the Italian came up with a big forehand to save match point, making it 1-1. Gasquet seemed confused when it was announced that it was Berrettini’s match point and the Italian then broke his heart with a touch volley to clinch the narrowest of victories.

The ⚒️ Matteo Berrettini is the first @UTShowdown finalist after taking down Richard Gasquet in sudden death! pic.twitter.com/pDEQV3QKto