Matteo Berrettini followed up his 3-1 victory over Germany’s Dustin Brown with a crushing win over Belgium’s David Goffin in Ultimate Tennis Showdown on Monday. 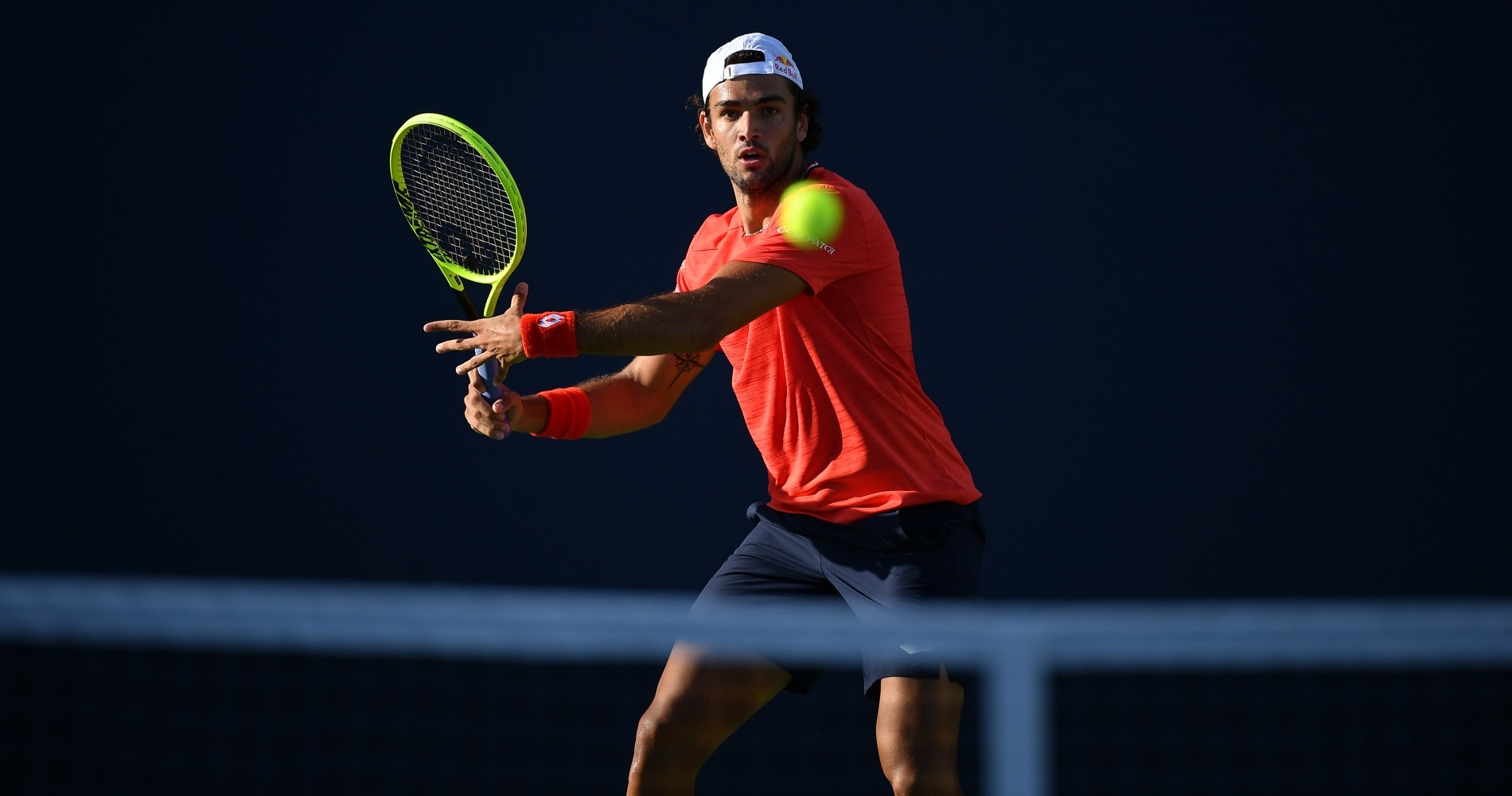 Berrettini The Hammer was up against The Wall in Goffin, but it was the latter who crumbled under sustained and relentless hitting from his opponent, and now has it all to do after two opening defeats, Berrettini claiming a 13-12, 20-8, 18-9, 11-12 victory.

What an ACE-traordinary win by Matteo Berrettini 👏

He wins third quarter in a row against @David__Goffin to secure back-to-back #UTShowdown wins.

The match was always going to be in stark contrast to the preceding ‘Rebel’ versus ‘Artist’ encounter by the very nature of the Goffin and Berrettini game styles.

But in this exciting new UTS format, with quickness of decision making and tactics at a premium against the clock, all players are forced to play a more aggressive brand of tennis while sticking to the basics.

In an interesting call, Berrettini was the first player of the tournament to play his winner count x3 card into the mix, but against the opponent’s serve and not on his own. It worked to an extent, the Belgian throwing in a double fault perhaps rather than risking a hammer blow return winner.

With the clock running down to a minute out of the allocated 10 per quarter and two points down, Berrettini opted to play the ‘steal serve’ card, giving him an extra two serves against his opponent. It was perfectly played, two big serves drawing him level before a Goffin double fault surrendered the quarter, 13-12.

“I don’t know what’s happening, it’s too hot, guys!” said Berrettini after sealing the opener in dramatic circumstances. “I served well in the last four points and I think I chose my cards really well and I think you have to have a bit of luck, so I’m happy.”

Matteo Berrettini isn't quite sure what happened, but somehow he won the quarter from David Goffin 🤣 pic.twitter.com/h6ohAXb3Kn

With the wind perhaps taken out of his sails a little after the disappointment of letting a lead slip in the opening quarter, Goffin was first to deploy the winners count x3 card and, despite winning the point, he remained 6-3 behind.

After losing his opening encounter against Richard Gasquet in sudden death, ‘The Wall’ was starting to crumble under the weight of some crunching hammer forehands. And with Berrettini again playing a ‘steal serve’ UTS card to build a comfortable 14-6 cushion with the clock dropping to under two minutes, a double-three pointer followed as Berrettini dominated the quarter with a crushing 20-8 scoreline.

“The quarter was done, but I think it was the right moment and I served well. The last point didn’t count for much, but the serve was important,” added the Italian.

Hope was not lost for Goffin, with two quarters still to play, but another Berrettini three-pointer up the line, followed by an ace, gave the Italian a six-point advantage at just the right time before immediately deploying the ‘steal serve’ card to hammer home his advantage and see out the quarter 18-9 for a 3-0 winning advantage.

What an ACE-traordinary win by Matteo Berrettini 👏

He wins third quarter in a row against @David__Goffin to secure back-to-back #UTShowdown wins.

Because the Ultimate Tennis Showdown is a round-robin tournament, and with seven matches for Goffin still to play, every quarter matters, as qualification could go down to quarters won.

The Belgian showed sterner resistance in the decider, and at 10-10, Berrettini again played what had been his trump card in the “winners count x3”. This time, however, it didn’t come off and at 11-11 and with the clock run down, Goffin won the final rally, and with it the quarter, to restore some pride.

Better late than never?@David__Goffin comes back strong to take the fourth quarter, but it's too little too late to get the W against The Hammer. #UTShowdown pic.twitter.com/dYy1r1PPn7