UTS recap: Tsitsipas is back on top, but it’s Thiem that impresses the most 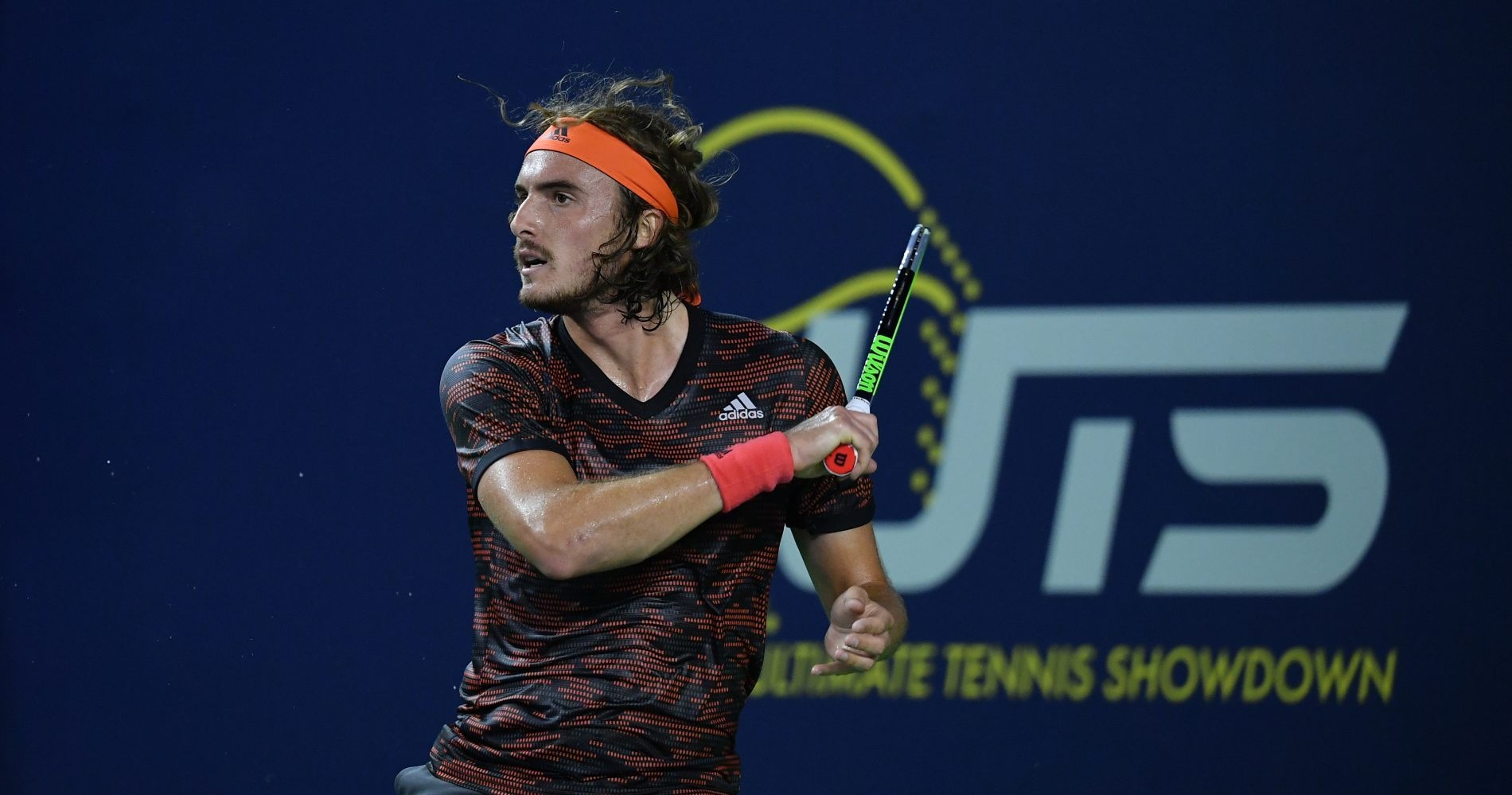 The leader after UTS Day 6

A week after conceding his first UTS defeat against big rival Dominic Thiem and giving up his throne to Matteo Berrettini, Stefanos Tsitsipas is back at the top. The Greek God dazzled Alexei Popyrin three quarters to one on Sunday, after having completed a spectacular comeback win over Feliciano Lopez on Saturday. As for him, The Hammer conceded his second loss of UTS against an in-form Dominic Thiem. Tsitsipas is the only leader of the UTS ranking after Day 6, ahead of the Italian. Next Saturday, they will meet and we are looking forward to it. 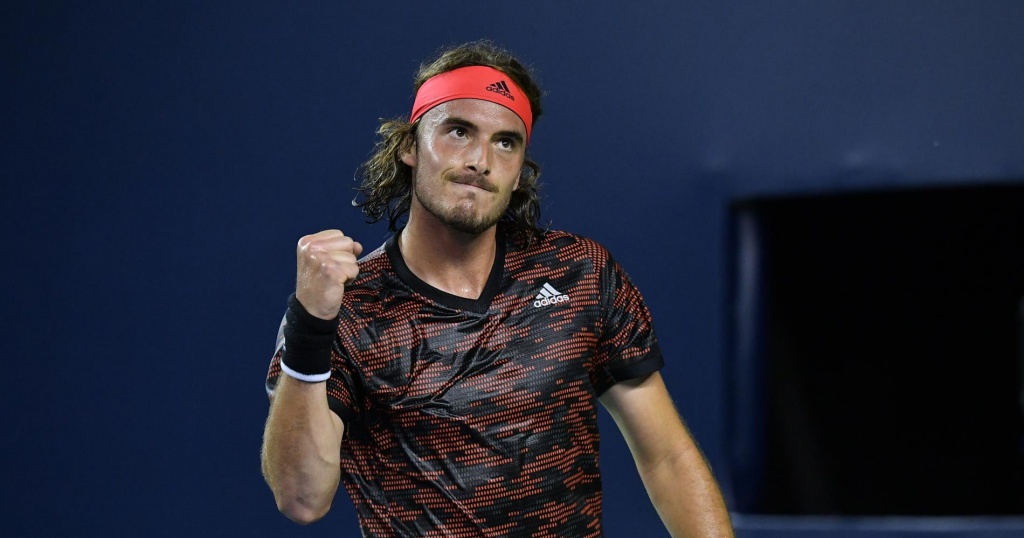 On Sunday against Matteo Berrettini, when Dominic Thiem lost the first quarter and had an 8-2 deficit in the second, things did not look bright for him. But the Austrian dug deep to seize the second quarter, notably using his cards to perfection. He went on displaying an amazing level of play to win the third quarter by a comfortable margin. In a nail-biting fourth quarter, Berrettini forced Thiem to play a deciding point coming back from 12-10 down to deuce. The Australian Open finalist prevailed in pure fashion with an absolutely stunning backhand crosscourt passing shot and secured a three-quarters-to-one triumph.

That is his third Top 10 win in a row. He won back to back to back against World No 6 Stefanos Tsitsipas, World No 10 David Goffin: beaten and World No 8 Matteo Berrettini. Impressive.

Benchetrit “The Underdog” is back

Alternate for Dominic Thiem in the first weekend, Elliot Benchetrit was back on centre court on Sunday after Dustin Brown had to withdraw due to an ankle injury. The Frenchman made the most of the opportunity and eventually seized the opening quarter against World No 10, David Goffin. Thought the Belgian finally prevailed three quarters to one, Benchetrit showed he was not impressed to play against such players.

Why hit an ace when you can hit an inside-out forehand drive volley winner? 🤷‍♂️@elbenchetrit secures a crucial 3-pointer en route to winning the first quarter against Goffin!#UTShowdown pic.twitter.com/KNshuAG1t8

The UTS Day 6 point of the day

Absolutely incredible court coverage from Dominic Thiem, who concluded with a stunning forehand lob. What a way to score a three-pointer!

Can this match get any better? 😮@ThiemDomi scores 2 three-pointers in a row to recover from 10-8 down and run away with the second quarter, 17-11.

Down 10-6 in the third quarter, Corentin Moutet pulled out his “winners count 3” UTS card. He served and immediately followed to the net. The world No 75 delivered an exquisite retro volley that first got slowed by the net band and then touched the net after it first bounced. Despite Gasquet touching it before the second bounce, it was already considered as a winner. And Moutet scored three points!

The most unconventional three-pointers so far, but it's a STUNNER. Should it count?#UTShowdown pic.twitter.com/oAwHF6xfcf

Asked by commentators to sing a song after he expressed his passion for Justin Timberlake, Stefanos Tsitsipas went on to sing a OneRepublic song in the middle of his match against Alexei Popyrin. Sound on.

Tsitsipas: I'm gonna give you a Justin Timberlake rendition because remember, I'm his biggest fan. 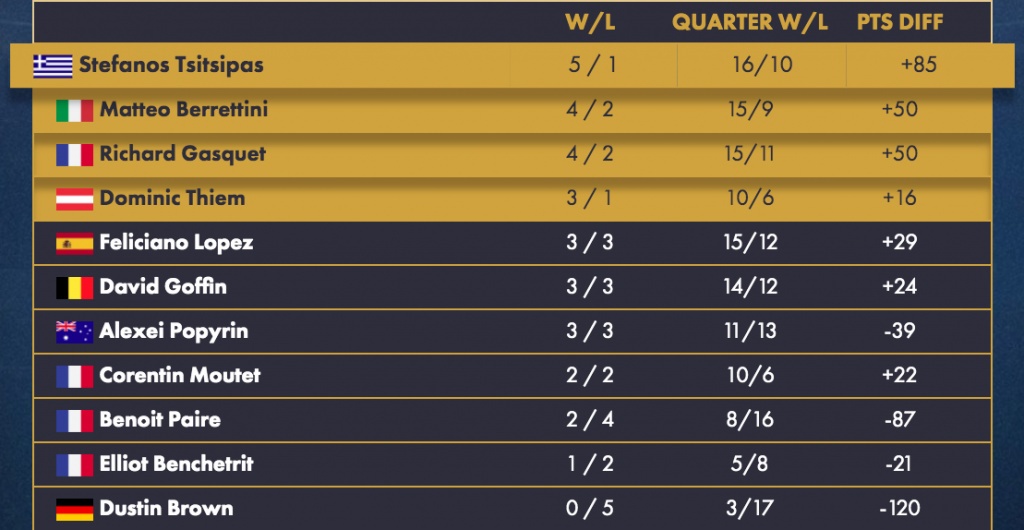