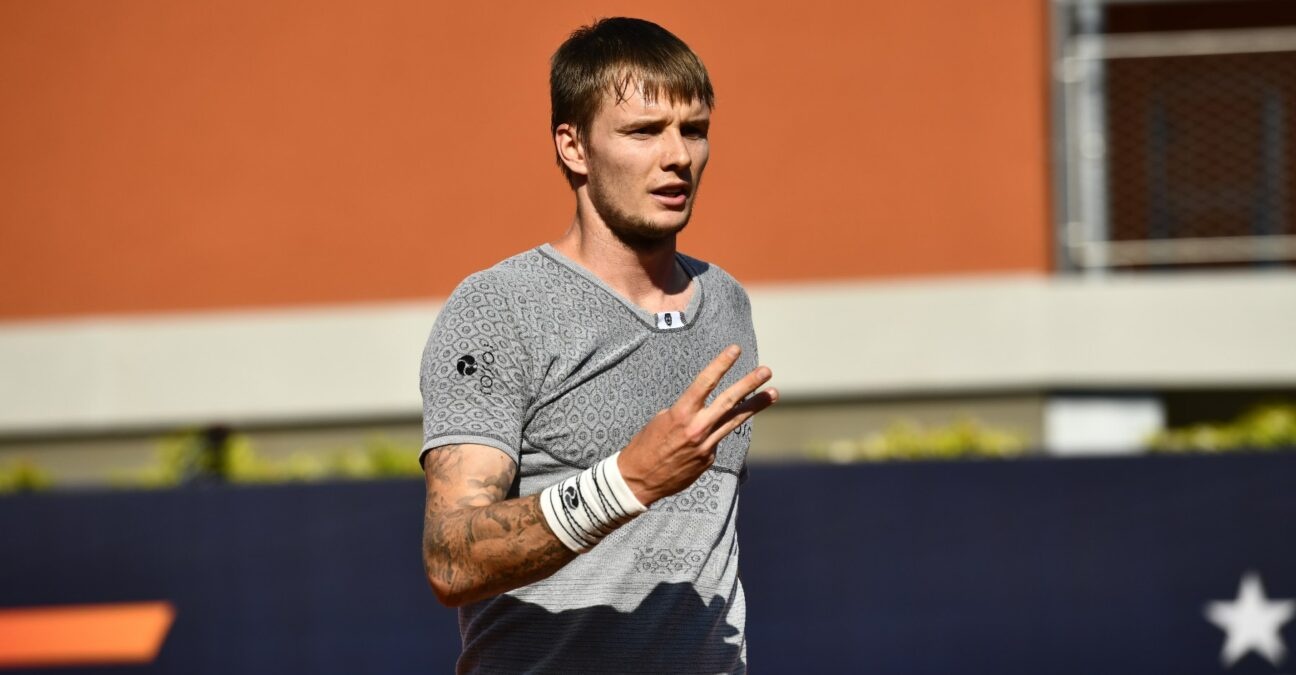 Alexander Bublik at UTS in 2021

Alexander Bublik signed off his UTS4 campaign with a fine 3-0 win over Nicolas Mahut on Tuesday, the Bublik Enemy marching his way to a 13-12, 17-13, 21-11 win over Le Mousquetaire.

Beaten by Cristian Garin and also by Diego Schwartzman in his first two matches, the Kazakh turned on the style from the start to finish third in Group A.

“It’s cool,” he said. “I didn’t want to go 0-3, otherwise Patrick (Mouratoglou, the organiser) would not invite me back again. “I tried to make the most of this match and I was lucky enough to win it.”

Mahut pegged back in opener

Having hung out with the likes of Serena Williams and Coco Gauff in the stands on Monday, Mahut received the call-up when Dimitrov announced he would not be able to continue because of a back injury.

But the Frenchman was sharp early on, racing into a 7-4 lead only to be pegged back by Bublik, who levelled at 11-11 and then came up with a big backhand return to open up a two-point lead at 13-11.

With just five seconds on the clock, Bublik then took any risk out of the equation when he sent up a sky-high lob that took so long to land that there was no time for Mahut to recover.

Bublik turns on the style

The second quarter began with Bublik turning on the style, winning the first five points with his own unique brand of drop shots, big serves – despite the one-serve rule – and powerful groundstrokes.

Mahut showed there is still plenty of speed left in his 39-year-old legs, chasing down a drop shot and threading a lovely forehand flick past the Kazakh’s outstretched racquet.

But Bublik pulled clear again and ran out a comfortable winner of the second quarter.

No coming back for Le Mousquetaire

Mahut had a mountain to climb to get back into the match but he stayed with Bublik at the start of the third quarter, matching him to 6-6.

With 1.15 minutes on the clock, and a four-point gap at 15-11, there was still a chance for Mahut but a brilliant backhand pass by Bublik ended his chances and he ran out a convincing winner to grab a consolation victory.

Bublik said he would like to return to UTS in the future, but wants to see a couple of further rule changes.

“I think it should be three serves and UTS on grass,” he said. “I’d bring Reilly (Opelka), Taylor (Fritz) and John (Isner), we’d walk side to side for 30 minutes and it would be beautiful.”